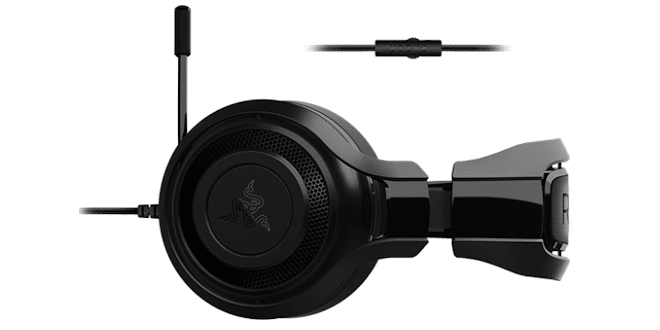 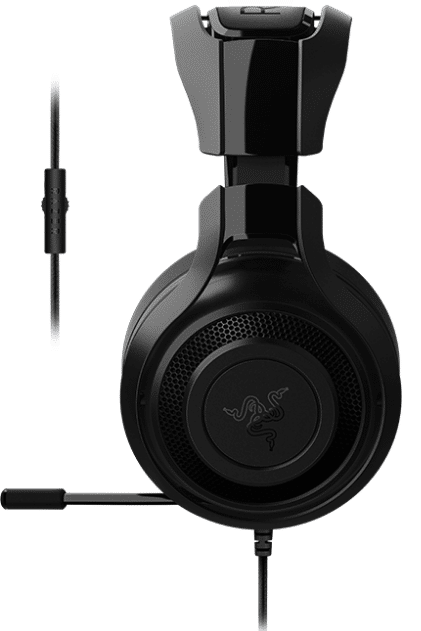 We were amazed at the quality feel of the Razer ManO’War 7.1 gaming headset and when we got it unboxed and realized it had a 3.5mm jack separate from the virtual 7.1 surround sound dongle, our jaws dropped. The ManO’War utilizes an advanced 7.1 surround sound engine that has ultra low latency. You might ask how Razer pulled off stereo 2.0 and 7.1 surround sound on the same headset. 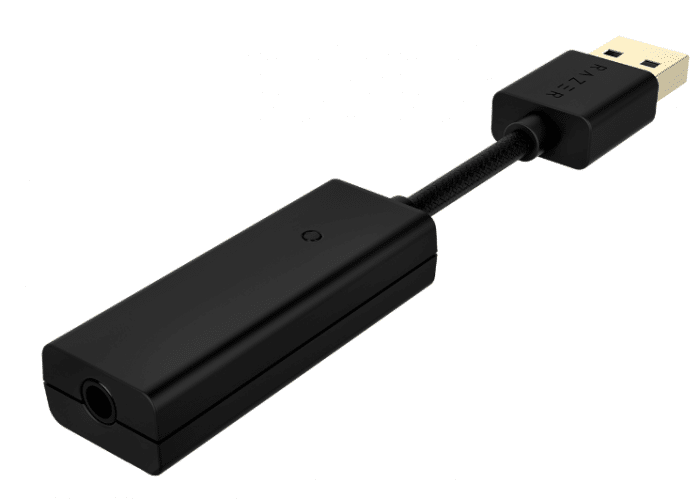 Well, the virtual 7.1 360° Surround Sound comes in the form of a dongle that the 3.5mm jack plugs into. The dongle itself would be one heck of a device sold by itself if it were compatible with any 3.5mm jack headset. It’s just that simple; plug the dongle in and the dongle modulates the signal to mimic 7.1 surround sound. Want to jam out on some old gold? Just pull the dongle and plug into the audio out, and you’re maxing and relaxing to smooth sweet audio full of deep, rich tones. 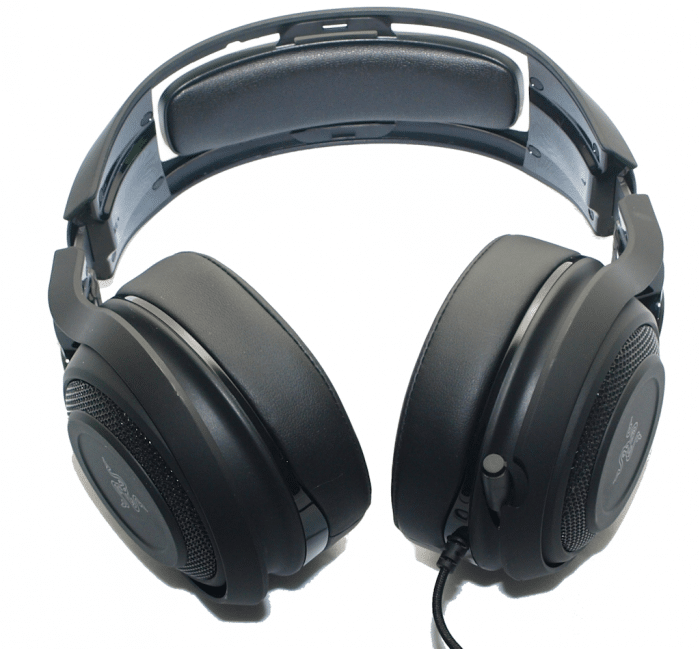 Inside the headband there’s a soft cushion that’s sure to provide maximum wearing comfort, and the headset adjusts to fit by pulling the ear cups down to your head size. During extended gameplay the headset remained comfortable and the earcups provided a good degree of noise isolation. Don’t get us wrong, the  isn’t noise canceling, but it does isolate ambient noise quite well. Notice the retractable microphone on the right ear cup; now that’s a feature we’ve been wishing for. It gets old plugging in and unplugging microphone booms then having to look for where we left it. This microphone setup lets the mic slide in and out easily and you’ll never spend gaming time looking for a misplaced microphone. 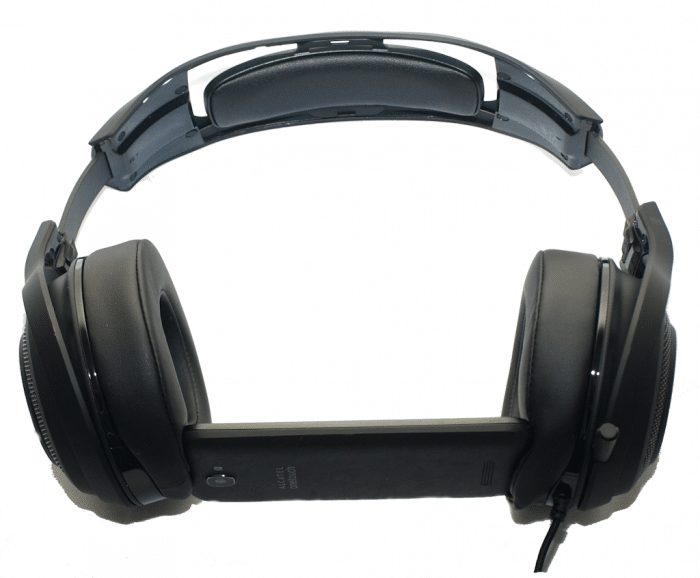 We like to get a look at our headsets with the ear cups spread out to approximate head width so we grabbed a handy phone and inserted it between the ear cups and were rewarded with a good solid feel when stretched. We slid the ear cups down so you can get a good look at them extended. There shouldn’t be any problems with fitting the headset unless someone had a ginormous head. Take a look at that microphone tucked away safely; it’s barely noticeable and completely out of the way. 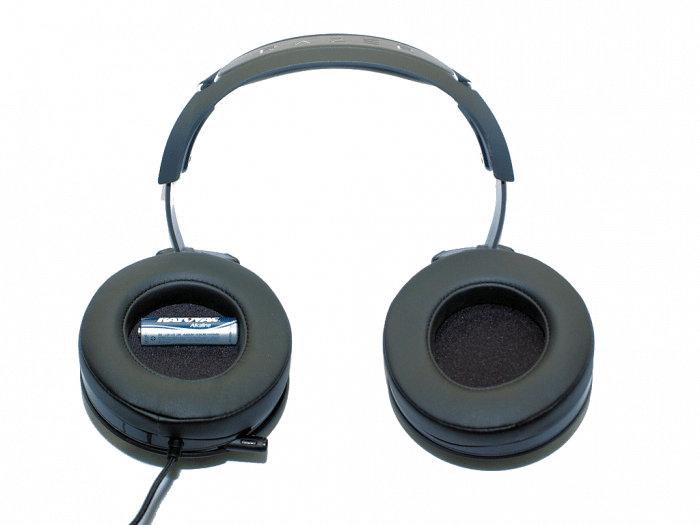 The earcups rotate and the pivot for rotation is solid and allows the earcups to conform to the curve of the head nicely. We placed an AA battery in the ear cup to give you a sense of scale, which shows that the ear cups are sufficient to fit most ears, fit snugly and are extremely comfortable. The diameter of the ear cup is 60mm, or 2.36 inches, which should be large enough for the vast majority of people. 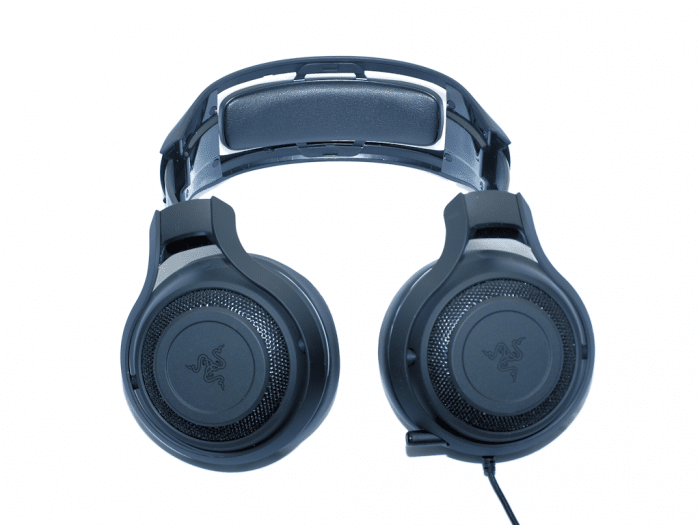 The outer portion of the ear cups shows the Razer logo and is RGB controlled by Razer Synapse, so you’re sure to get noticed at the next LAN party with the 16.8 million available colors. You can sync all of your Chroma devices with the hive mind that Synapse provides for controlling all your Razer Chroma gear. 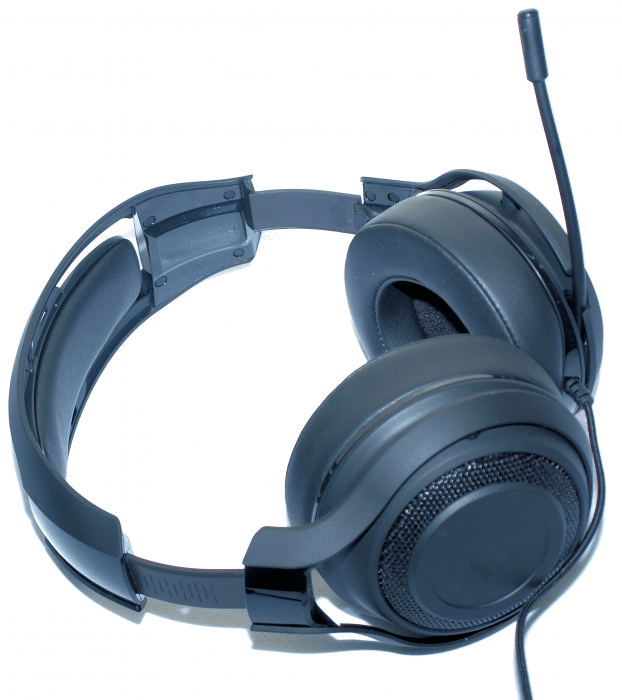 Take a look at that padding on the headband; fairly thick and comfortable with well thought out ergonomics and no rough edges to snag your hair. 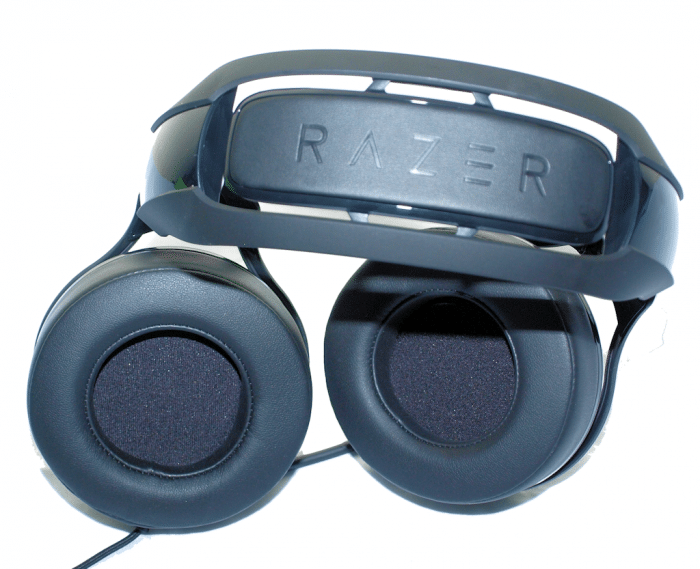 This should give you some idea of just how well the ManO’War will conform to your head; it’s practically a contortionist headset. 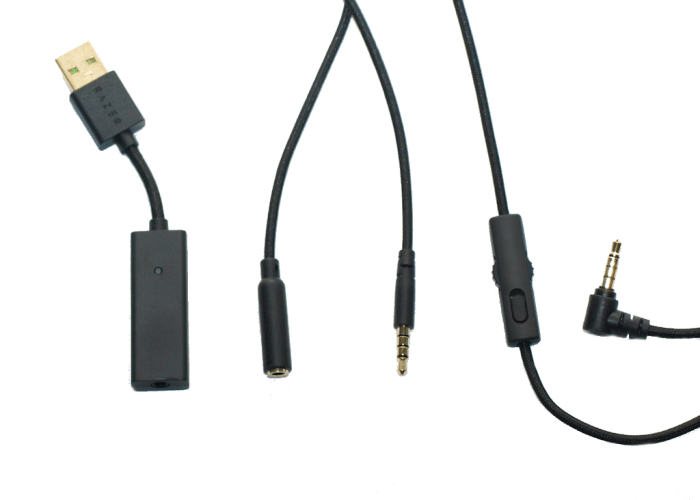 There are cables galore in the bundle with the ManO’War. There’s the surround sound dongle, a male to female 3.5mm cable, the 3.5mm on the headphone cable and the analog MEMS (Micro-Electro-Mechanical Systems) microphone controller that lets you adjust volume and mute the mic.

The Razer ManO'War delivers the audio you want, need and demand for gaming, audio playback and Video. The 3.5mm jack and USB functionality make it one of the most versatile headsets around.

Razer ManO'War 7.1
User Rating: Be the first one !