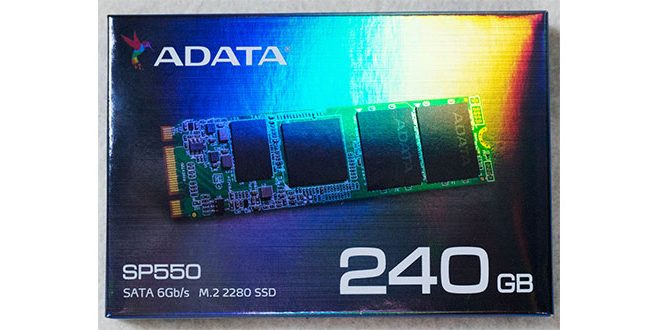 During our extensive testing of the ADATA SP550 M.2 drive, we found it to be a well-rounded SSD and it lived up to our expectations. While in some of the tests we were not able to replicate the exact numbers provided by ADATA , they were within the margin of error that could be attributed to the test environment/system. However, there were some where we noticed about average results. When you consider the form factor and uses of these drives we feel that they would meet or exceed the user’s expectations without breaking the bank. Furthermore, if your system has two or more M.2 ports, we feel that these would yield surprising performance when placed in a RAID array.

We managed to find this exact drive on Amazon for $69.99, which for a 240GB SLC SSD is quite respectable. We remember that it wasn’t very long ago when SSDs were over a dollar a gig, so it is nice that with the lower costs ADATA makes something like the SP550 which also comes in a 2.5 inch drive SATA configuration to fit all builds or upgrades. Because of that, ADATA SP550 earns not only the Bjorn3D Golden Bear Award but also the Bjorn3D Best Bang for the Buck Award.

The ADATA SP550 M.2 2280 in the 240GB capacity we found to be a extremely well rounded SSD that would be a excellent choice for your desktop, all in one, laptop, ultrabook or tablet. The performance we achieved was quiet respectable and was on par with most of the other drives we have tested. It is definitely one we would advise looking at for your next SSD.