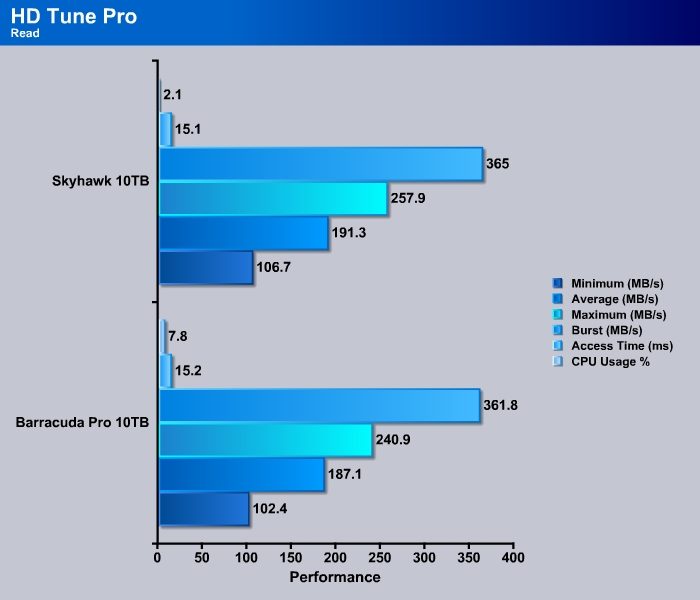 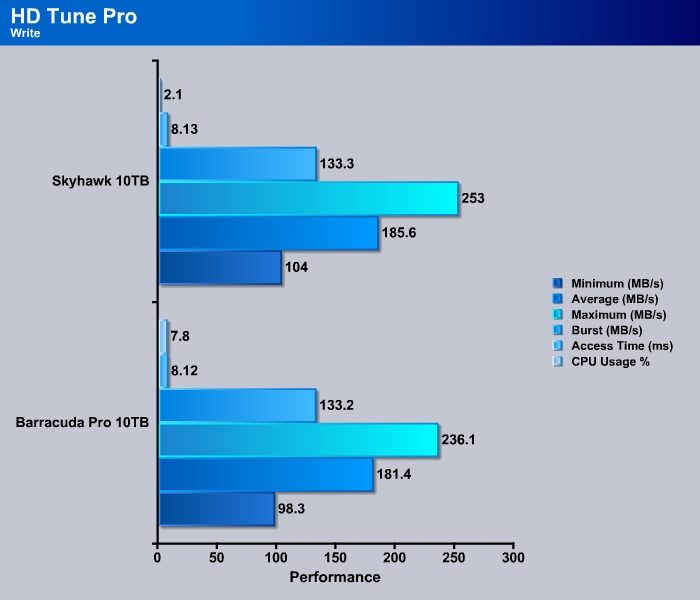 With the HD Tune, we are able to test the drive’s cache system. The two drives shows rather interesting behavior, indicating the cache subsystem is clearly different. For the read, the Barracuda Pro starts off at relatively high transfer speed but then dropped to about 250MB/s from 2MB to 16MB and then settled to 200MB/s through the rest of the test. On the contrary, the Skyhawk starts off at 200MB/s and then maintained the speed of approximately 230MB/s throughout the rest of the test. Since the Barracuda Pro is aimed for desktop workloads which often means short bursty tasks, it makes sense to have a quick cache subsystem for small read. However, the stable 200 MB/s read from the Skyhawk ensure that the drive can deliver a consistent throughput.

The cache subsystem for the write is also different where the Barracuda Pro starts off at about 100 MB/s then slowly ramp up the speed until the 20MB mark where it  it stabilized to a little under 200 MB/s. The Skyhawk, on the other hand, starts off at higher 150MB/s but then dipped below 100MB/s and then the speed ramping up until it hit about same mark as the Barracuda’s 20MB but is able to achieve a higher transfer rate of roughly 230MB/s. Clearly, the difference in the cache subsystem affects how the drives performs as we already saw that the burst write for the Barracuda Pro actually is faster than the Skyhawk. We also saw that the Barracuda Pro write faster at the outer and the inner region of the disk while the Skyhawk writes faster in the middle region. Essentially when comes to writing data, the Skyhawk’s initial burst write speed let it filled the cache as fast as it can and then sustained the same write speed as writing data to the physical platter in order to reducing the overall write latency to ensure write consistency. 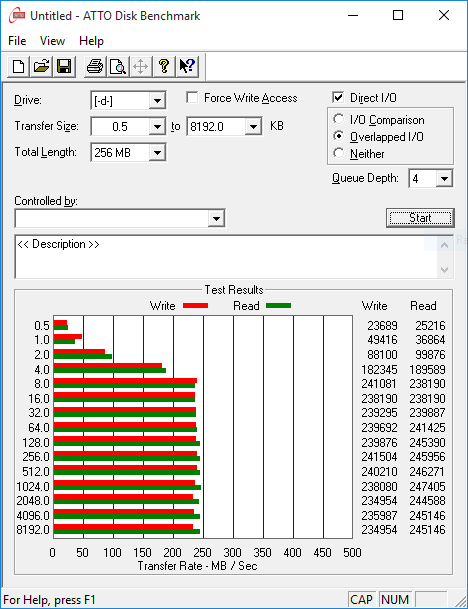 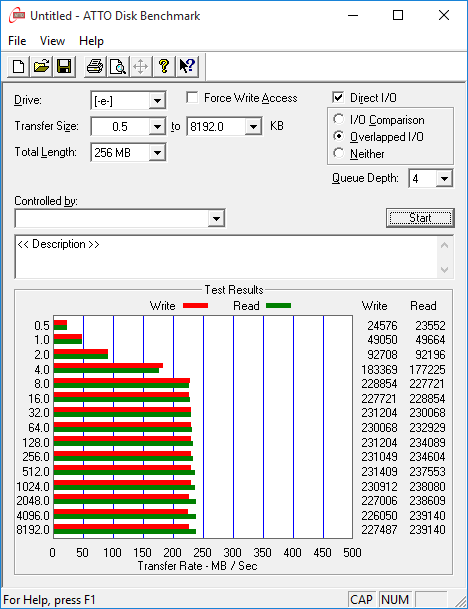 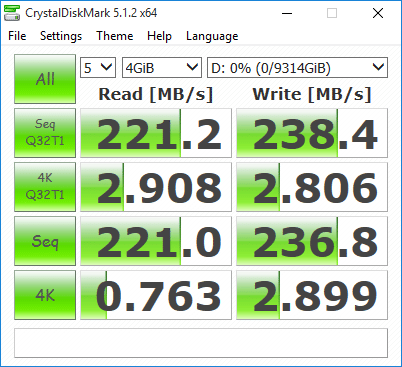 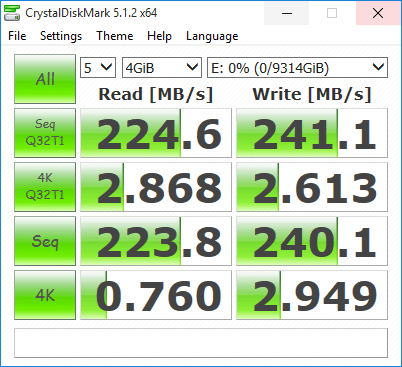 Despite the fact that Crystal Disk Mark is designed primarily for the SSDs, we include the result here to give you an idea how well the drives performs compare to a typical SSD.  As expected, no mechanical drive is able to achieve the same performance as SSD. However, it is still worth to take a look at the result here. The Barracuda Pro does well in the 4K read while the Skyhawk does well in the 4K write. Higher queue depth result favors the Barracuda Pro in both read and write. However, the Skyhawk has an edge in the sequential read and sequential write, not too surprise since surveillance workloads are heavy on sequential write. Clearly, we can see how Seagate has optimized the performance of each drive for its target market. 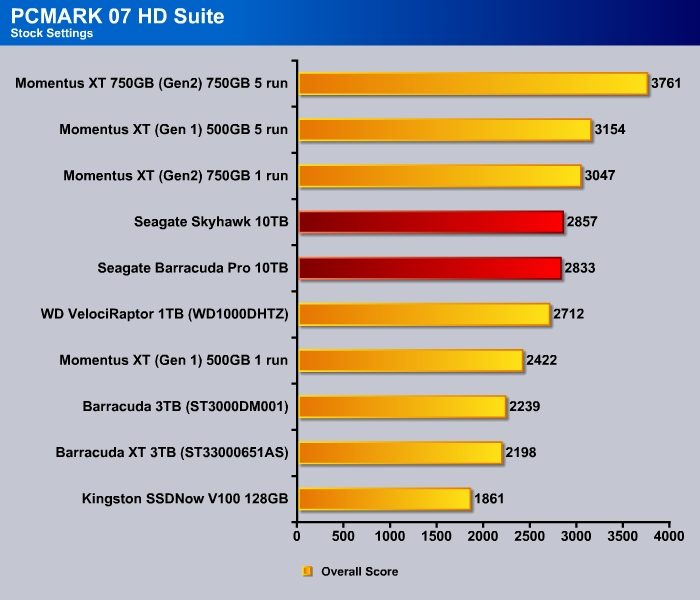 We dusted out the old PCmark 7 benchmark that is designed to test a hard drive’s overall system performance. Without the assistance of any onboard SSD for caching like the SSHD or Hybrid HDD such as the Momentus, the Skyhawk and the Barracuda Pro delivered respectable score of 2857 and the 2833, respectively.  While the drive still cannot compete against SSHD, it is nonetheless able to edge out the WD VelociRaptor that spins at 10,000 RPM.

Looking at the individual tests, we can see the Barracuda Pro does well in the read tests while the Skyhawk does well in the write tests. Interesting, starting applications actually favors the Skyhawk as well as gaming tasks. Most likely due to the cache subsystem performance that leads to the Skyhawk to have higher throughput here.

The Seagate Guardian Series HDD brings enterprise performance drive to the consumer market. The Ironwolf and the Barracuda Pro comes in 10TB of storage space with unique features that designed to offer best performance and data reliability for its target working environment.