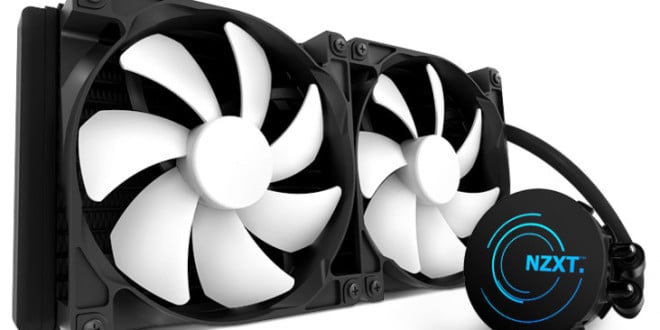 So how do we best test a liquid cooling system? We decided that the best way to do it is to use Intel Extreme Tuning Utility as it includes a nice way to stress test your system and put 100% load onto the CPU. 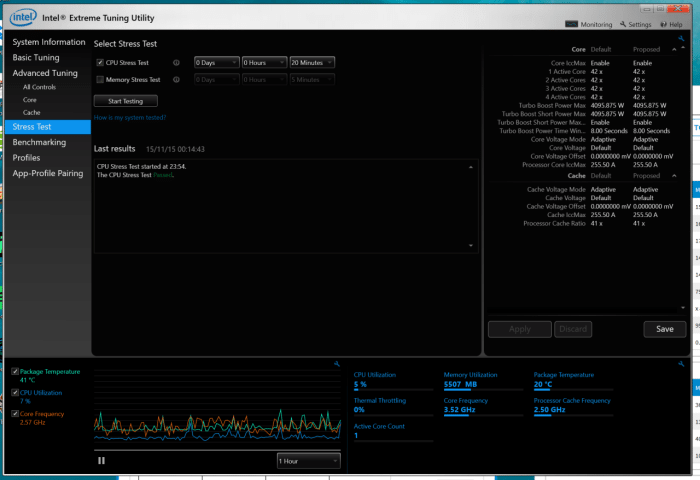 You will rarely experience a 100% load on your CPU over a longer time so this will be a good worst-case scenario. We let the program run for around an hour at a time and then during the last 15 minutes measured the max temperature that we measured via the CAM-software.

Something to note here is that the max temperature can wary between the cores. We noticed that on our Skylake Corei7-6700K the first two cores were getting hotter than the last two cores even though they also heat up.

The rest of the system: 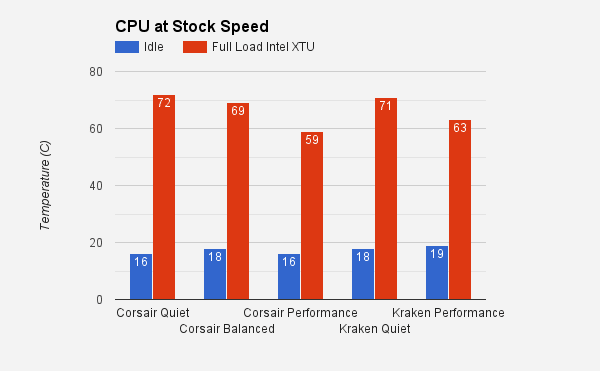 We start with the CPU at the stock speed (4.00 GHz which turbo speeds up to 4.2 GHz). We can ignore the differences between the idle temperatures as it is more or less the same and to some extend depending on how cold it was in our work space (old garage … and it is winter here in Sweden). As we put 100% load on the CPU’s over a longer time we see that we end up around 70C for the silent/quiet profiles and around 60C for the performance profiles. Note that these are max readings from all cores, the average temperature overall is a bit lower. 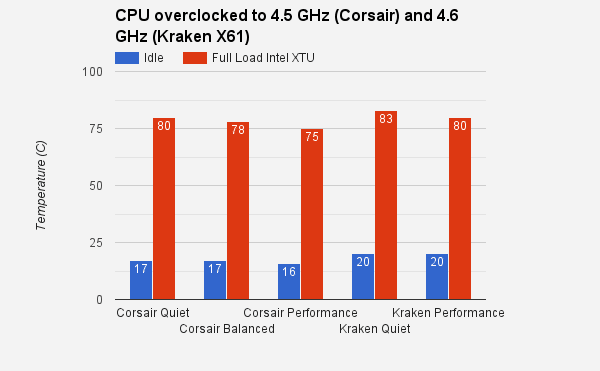 Yes! We know. We had a slight brain-freeze when overclocking the CPU. We used ASUS own feature to overclock it to 4.5 GHz and then used Intels Extreme Tuning Utility to push it up to 4.6 GHz. At least on the Kraken X61. To late we realised we had done all measurements on the Corsair H110i GT at 4.5 GHz. This means that the Kraken X61 has a bit more to cool which could explain the slightly higher max temperatures we measured on the cores.

Again remember that these are max readings from either of the cores. The average temperature after 45 minutes and during 15 minutes was around 72C (Performance profile) and 74C (quiet profile).

In no case did the CPU throttle at any moment during the tests so we did not note any adverse effects from the temperature. 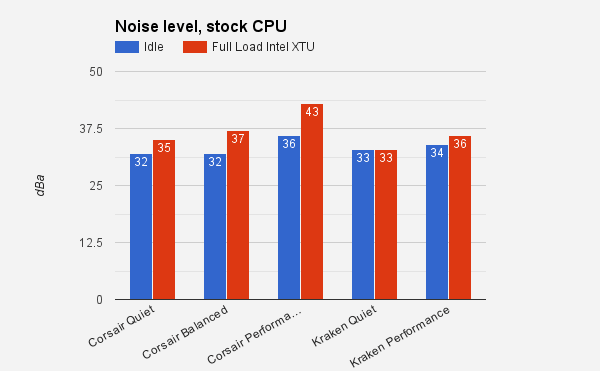 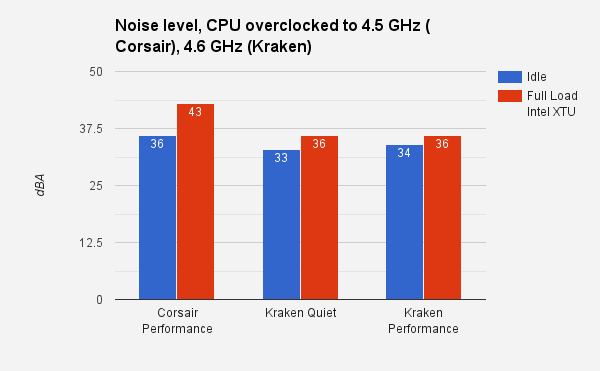 We measured the noise level with the CPU overclocked to 4.5GHz (H110iGT) and 4.6GHz (Kraken X61) and then only difference is that the Quiet profile increase in noise level to 36 dBA which still is very quiet.