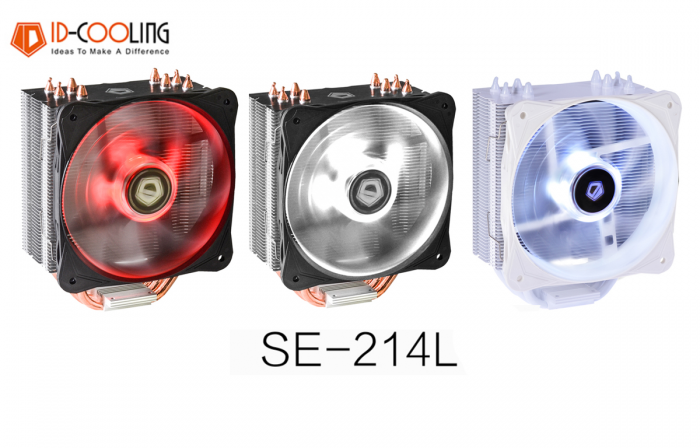 SE-214L is built with 4 pieces of 7mm heatpipes, which are flattened to touch the processor directly so as to draw the heat right away and conduct it to the heatsink fins. Cooling performance is enhanced by the bigger heatsink body measuring 120*53*160mm(L*W*H).

The newly developed 120mm to 130mm PWM fan is included to help dissipate the heat away from the heatsink. Running at the speed of 500-1800RPM, the noise level is controlled between 14.2 and 30.6dBA. All SE-214L Series have LED lighting source from the motor, either white or red.