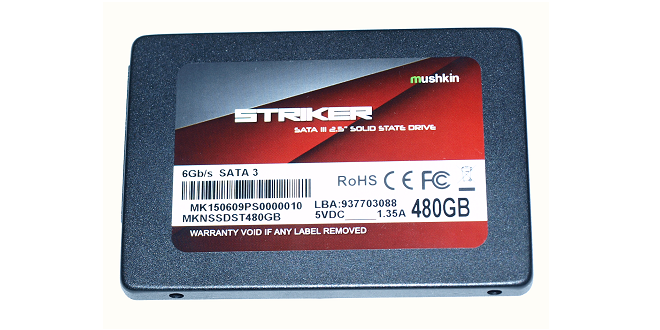 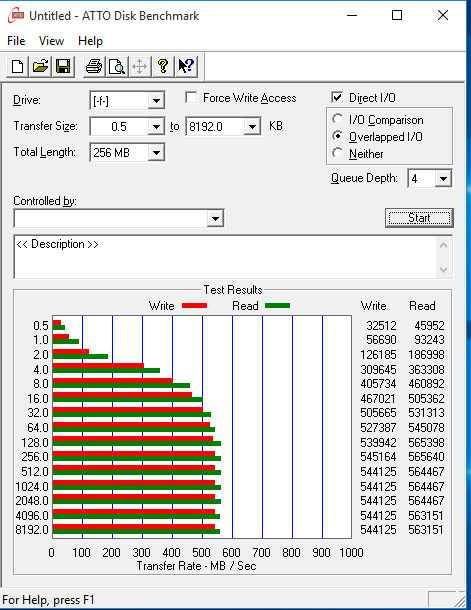 ATTO is the standard most HD manufacturers use to determine the advisable speed of their hard drives and ATTO see’s the Mushkin Striker hitting its advertised speed of 565MB/s read when it hits the 128KB test. The read speed topped out at 545MB/s also at the 128KB test and both read and write sty high until the end of the test where 8MB blocks are being transferred. 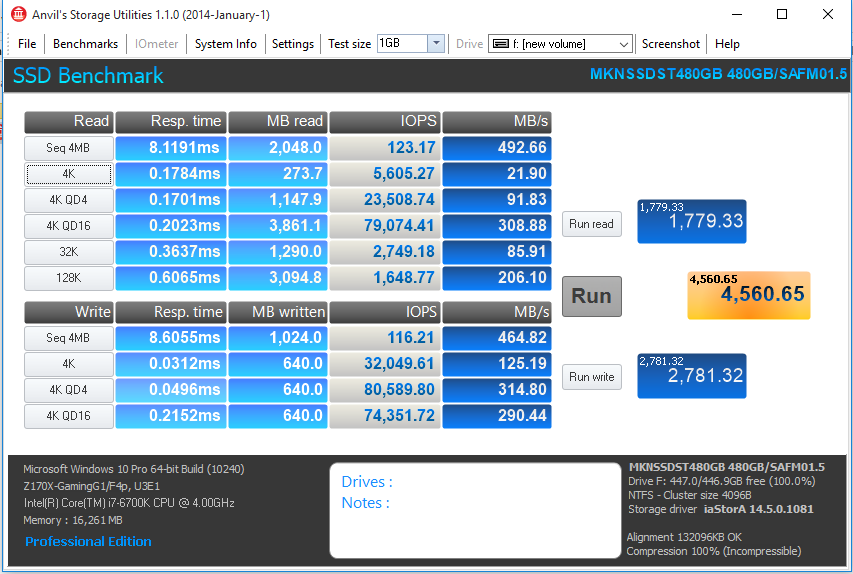 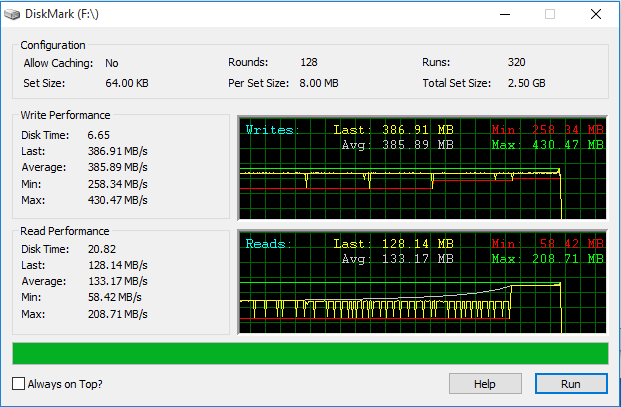 DiskMark has the Mushkin Striker 480GB SSD at 133.17MB/s read and 385.89MB/s write and it uses a more realistic blended test using both compressible and non-compressible test loads.