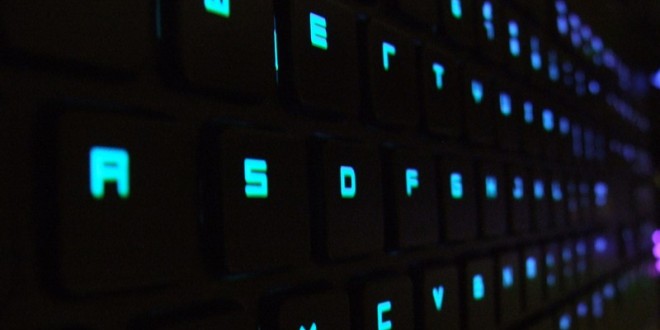 To see what the DeathStalker Chroma can really do it was decided that Mortal Combat X would be a true tester of the 1,000MHz polling, anti-ghosting, and quick Macro goodness. We fired up today’s test rig (i7 with a GTX 960) and got ready for a tournament. 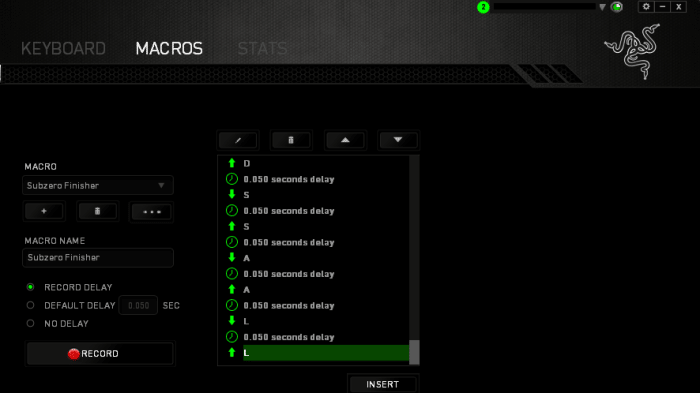 We preset one macro before starting then relied on the on the fly macro recording from then on.

Fellow LabRat’s were invited to face off against wielder’s of the DeathStalker Chroma, They themselves given a USB Controller, argued by some to offer far better control and performance in this particular fight environment. The Results? With the Stalker’s ability to instantly macro learned combo’s, clear and highlighted customized keys, and exact execution of input from user, it was a beatdown, the Deathstalker allowing anyone wielding it to own all but the most elite of button mashers. Most users had used a DeathStalker in the past, those who hadn’t, had no trouble adapting very quickly to its straight forward simple design. The DeathStalker Chroma is also super lightweight and users that liked to set it on their lap would hardly notice it was there. 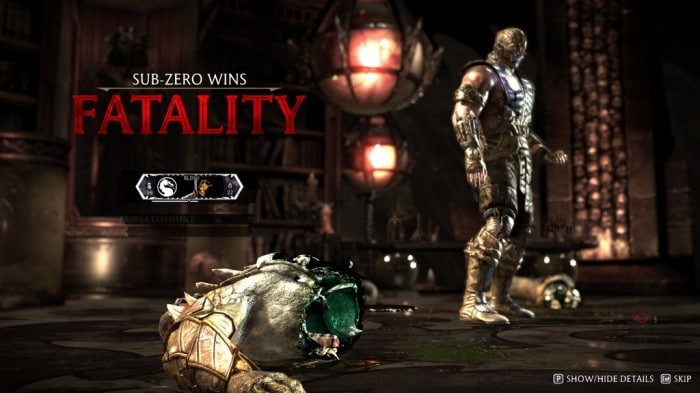 Business as usual for the DeathStalker Chroma dealing a death blow to any opponents that happen to encounter it.

Razer made a fine keyboard with the Deathstalker, and the Chroma is a nice addition. The sleek, stylish design looks great sitting with your gaming platform. The software and functions all work seamlessly and if you are specifically seeking a non mechanical low noise keyboard, you may be looking at the best one around.