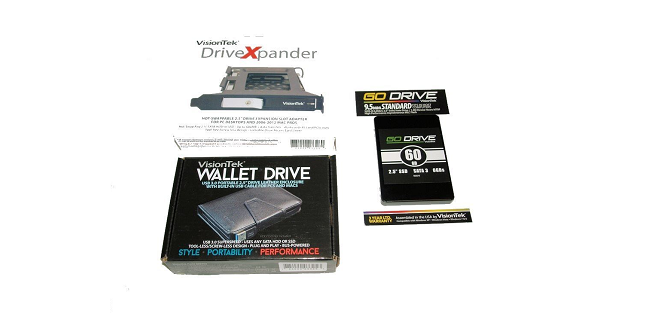 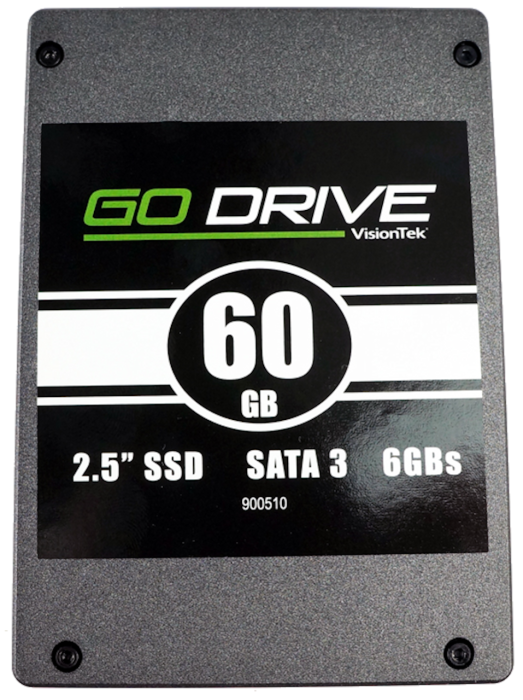 The lynch pin for our road warrior kit is a 60 GB Go Drive from VisionTek. You aren’t limited to just 60 GB; if need be you can get a Go Drive up to 1 TB in size, if you need massive space for an “office on the go” setup. We’ve had office on the go for USB flash drives for some time now. It’s a little known fact that NAND flash in USB thumb drives just isn’t durable enough for the constant IOPS needed for an operating system environment and the thumb drive may die a quick, untimely and unexpected death. Inevitably that death will come while you are standing in front of 20 major corporation executives leaving you feeling like you are in one of those “naked at work” dreams, except you are “data naked” in front of the boss or clients.

The 60 GB Go Drive from VisionTek avoids the fragile NAND flash problem you have with thumb drives, and will live on for years carrying your data safely. 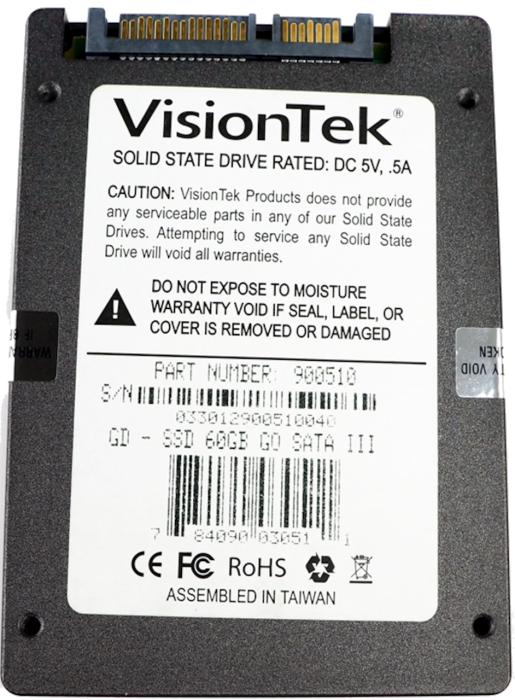 The Go Drive series is more than just another SSD line. They are specifically designed for people on the move with state-of-the-art, industry-leading, DuraClass Technologies. They feature speeds up to and exceeding 500 MB/s, up to 100 times more data reliability than expensive enterprise-class hard drives with 50 times the access speed of platter solutions.

The Go drive is the perfect solution for:

We mentioned DuraClass Technologies, and those technologies provide world-class SSD reliability, performance, and power efficiency. Drives using DuraWrite technology have up to 20x the endurance of standard SSD controllers which makes it perfect for mission-critical, road warrior applications and data.

Advanced Wear Leveling and monitoring ensures the data is spread evenly across the entire drive which increases the overall life of the drive by not stressing individual NAND flash cells by hitting the same cells again and again ignoring others.

Now that’s a lot of data protection and technology shoved into a 9.5mm SSD. All that advertised technology doesn’t mean much without testing it, so we ran a couple of tests on the Go Drive connected to our test rig directly, without the Wallet Drive or DriveXpander. We have those tests for you as well, and each will be presented in their respective pages. 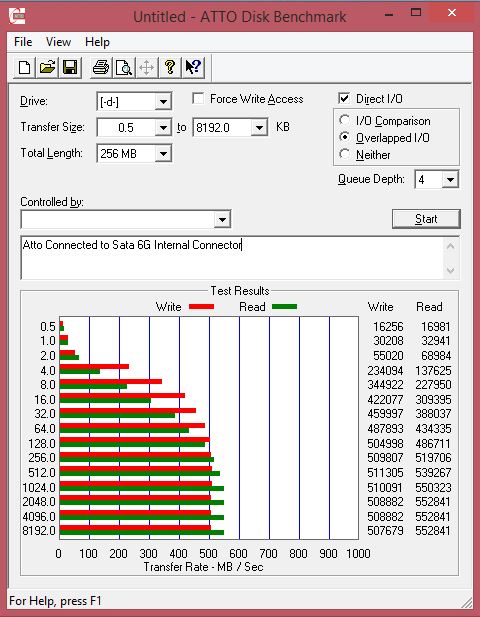 As you can see, ATTO liked the VisionTek Go Drive, and connected to an internal SATA port, the Go Drive reached every bit of its advertised specs. The drive hit 552.841MB/s which is over the 550MB/s its rated at. Writes hit 511+ MB/s, so the drive is good for its rated run speeds.

Here’s a video of an ATTO run on the Go Drive. We are still in the fledgling stages of including video in our reviews, so this is nothing but a benchmark run with no audio. 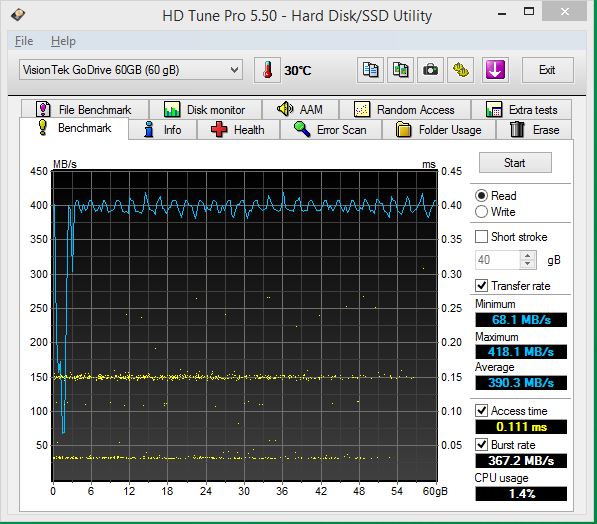 The VisionTek Road Warrior Roundup shows that you can get a lot of performance and portability for under $110 and that's a small price to pay for that kind portability and versatility.