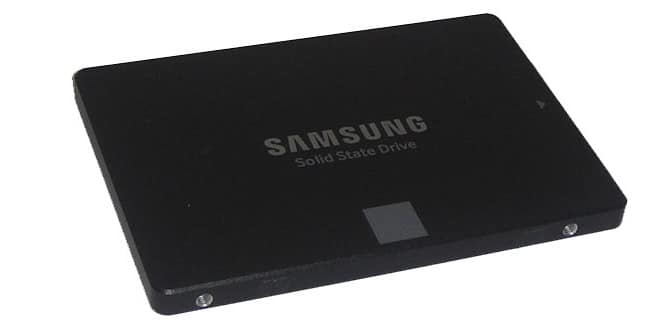 The Samsung 840 EVO is one of the best consumer SSDs on the market. The drive delivers good performance for its price. Earlier this year, Samsung launched the 850 Pro that uses the 3D V-NAND that boosts the performance, capacity and reduces power consumption for the SSDs over the 2D planar NAND. We were hoping that Samsung would deliver a consumer drive that also uses same 3D V-NAND as what it has done in the past. Well, our prayers have been answered as Samsung has unveiled the 850 EVO as the successor to the 840 EVO. 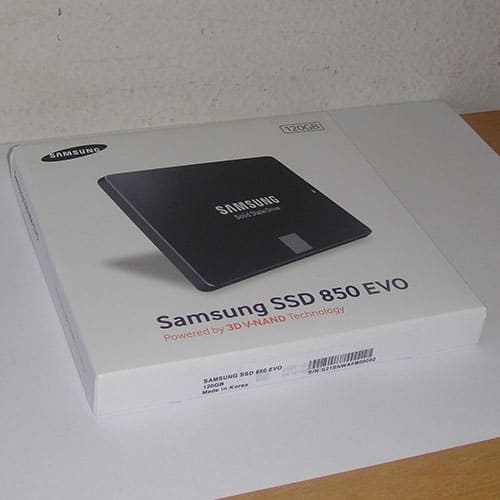 In case you have not noticed, the price of the SSDs is steadily declining. We have seen every manufacturer segmented their portfolio where it has a high-end performance grade drive and a more affordable model. Because the technology has matured, the affordable models are where it gets most interests. The Crucial MX 100 and the OCZ ARC 100 are a few examples of affordable SSDs that offers good performance for the price without cutting much corners. The Samsung 850 EVO is the latest drive that is going to compete against the already crowded market. Let’s see what kind of improvements has Samsung brought to their latest drive and how well is the Samsung’s latest 850 EVO compete against others.

Much like what we have seen with the CPU, the move to the 3D design as oppose to the planar design transistors allows the manufacturers to pack even more onto the same area. When comes to making semiconductors, the size of the die is proportionally associated with its cost. Hence, the larger the die, the more expensive it would be to manufacture. Shrink the die size allows manufacturers to pack more dies per wafer, which lowers the production cost. Alternatively, manufacturers can opt to increase the number of transistors at the same die size. The added transistors brings new functionality where in the CPU, we often see additional instruction being added. 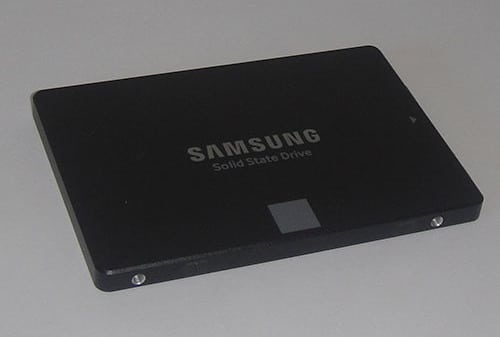 With the SSDs, more transistors often mean that we can pack even more storage capacity at the same area. The concept is simple. Rather than having many houses spreading out, it would be much more efficient use of the land by building an apartment multiple floors to house the same numbers of people in an area that takes a single house. The 3D NAND not only allows higher capacity, it also brings other added benefits such as lower power consumption and improve on the endurance. As an added benefit, it also brings down the price of the SSDs where 1TB drives is no longer considered as out of reach.

You would notice that only the 1TB drive uses the Samsung MEX controller while the rest of the drives uses MGX controller. The MEX controller is the same controller found on the last year’s 840 EVO and this year’s 850 Pro. It is a triple Cortex R4 design with SATA 3.1 support. We asked Samsung for the difference between the MGX and MEX controller but we have yet to heard back from them. We believe it is probably the same design as the MEX but possibly at lower clockspeed and slightly different firmware. According to Samsung, the MGX controller is “designed for low capacity model considering client PC usage patterns.” The controller is optimized for sequential read/write and random low-level queue depth where Samsung believes to be typical workloads for a client system.

Because of the improved endurance from the 3D V-NAND, all drives are backed with 5 year warranty. The 120GB and 250GB drives are rated with 40GB per day write for a total of 75 TB of write while the 500 GB and 1TB drives doubles that amount. This puts Samsung 850 EVO in a very unique position as most affordable SSDs are rated with less write per day and carry 3 yeas warranty. 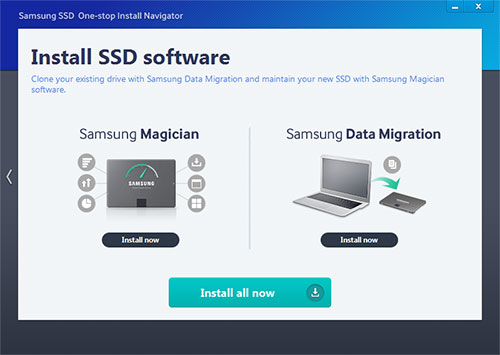 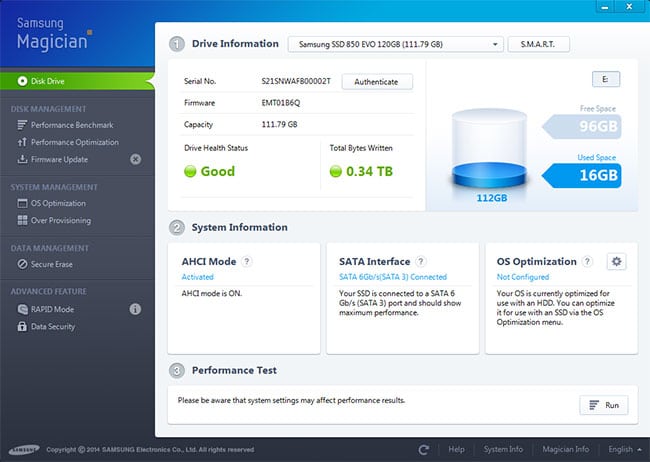 The Magician software is a very well design with clean UI where it offers information about the drive. It also allows you to update the firmware of the drive, adjust the over provisioning of the drive, secure erase the drive, and configure the RAPID Mode.