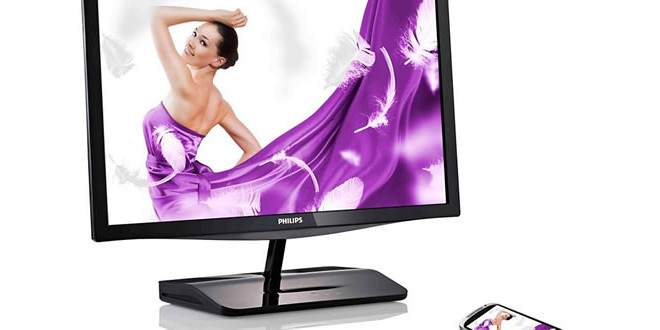 With the rise of mobile devices the need to be able to hook them up to a screen has increased. While both Apple TV and to some extend Google Chromecast offers ways to mirror the screen on supported devices or at least stream some content they both requier extra hardware. There is however another solution: Miracast. Most Android devices and now also Windows 8.1 support Miracast meaning that you should be able to mirror the screen from many devices. To do that you still need a Miracast-enabled screen and this is where the monitor we are reviewing today comes in. The Philips Brilliance 239C4QHWAB is a 23 inch IPS-monitor with full Miracast support.

This is a 23″ LED-monitor that uses an IPS-panel. This means good image quality and great viewing angles. The main features of the monitor are: 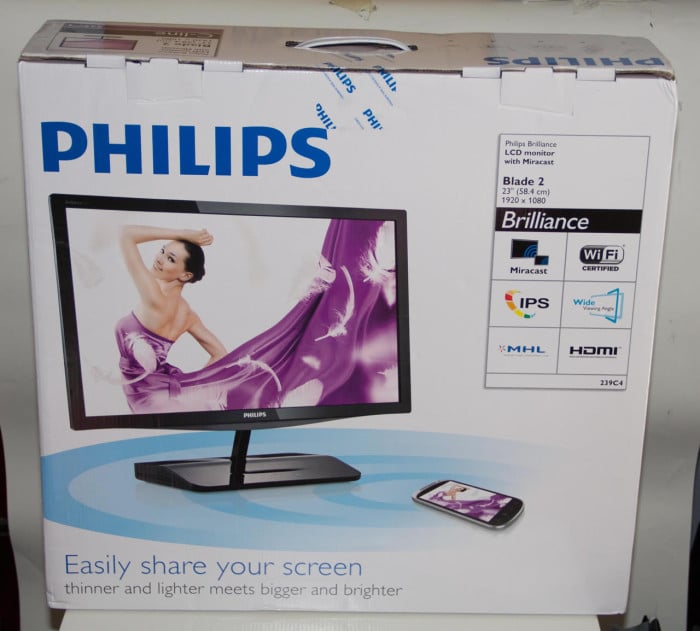 The monitor comes in a white big box that not only protects the monitor but also advertises some of its features. Even though the monitor was shipped through the mail it arrived in perfect condition meaning the box as expected does its job. 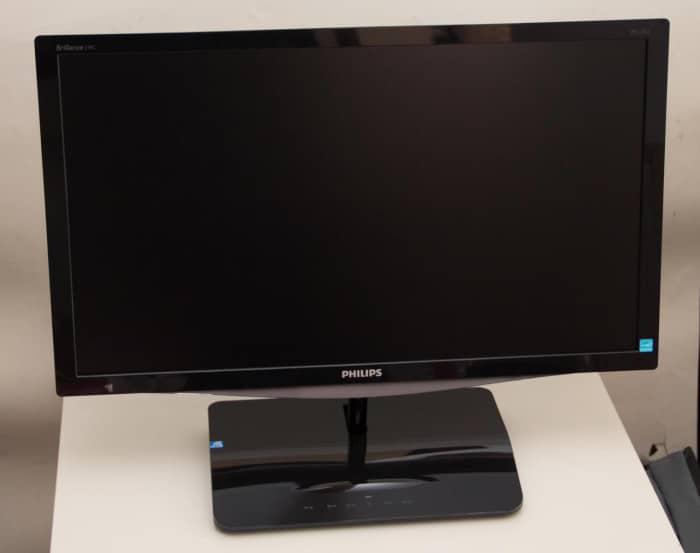 As we remove the monitor and put it together we see that it is a pretty simple product. The bezel around the monitor are neither huge nor tiny but large enough that we would not use this monitor in a multimonitor enviroment if we want to span games via AMD Eyefinity or NVidia’s solution. The stand is made of shiny plastic which is an incredible dust- and fingerprint magnet, something later images will show. 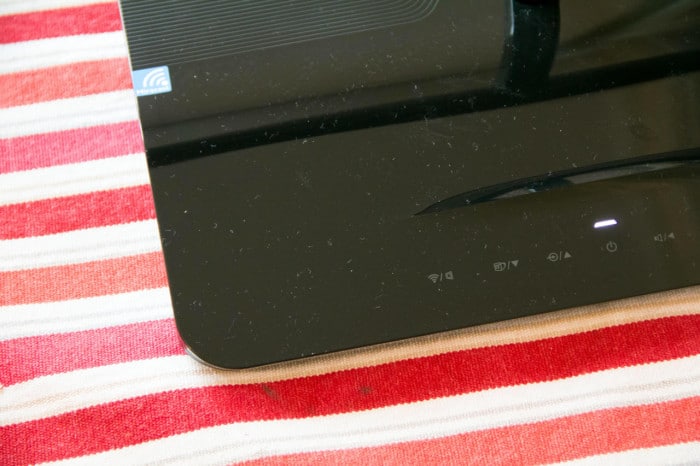 This picture was taken not long after we unpacked the monitor. The room where it was taken is not very dusty and yet it did not take long for dust to settle and when we tried to remove it it felt like the surface was attracting it (maybe via static charge). We really would like to see more companies get a bit more creative and offer better surfaces. If we ignore the dust though we see the navigation “buttons” on the stand. All the images are actually touch-buttons that do one thing or another. 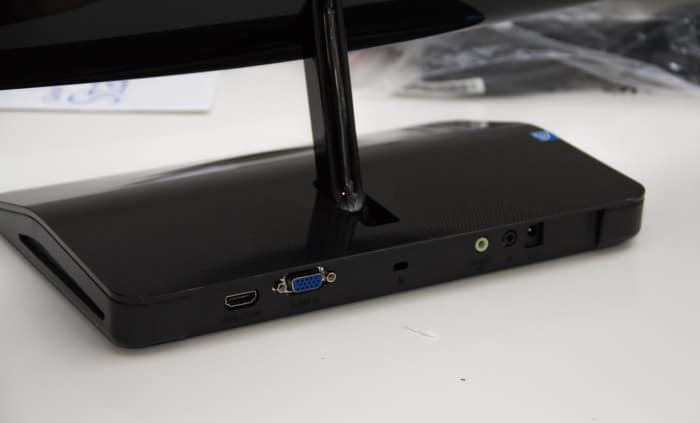 The back of the stand shows us the few connections that is available on the monitor. Forget DisplayPort – all we get is one MHL-capable HDMI-connection and one old-style VGA-connection. We guess it should be enough for most users though. In addition we get and audio and a microphone port. Last but not least you can lock the monitor in place. The picture also shows how little we actually can move the screen on the stand. We can tilt it back a bit but it really is not that much.