The Sapphire HD7790 2GB Card comes out of the box overclocked and upon trying to overclock it via AMD Overdrive, we found that just like the other 7790 models, the limit of the program is reached before the limit of the card. The Overdrive utility maxes out at 1600MHz (6400MHz) memory which means the card’s memory is maxed out-of-box; Overdrive also maxes at 1200MHz GPU, but the card’s actual chip hits that without even a thought. We really hope some software with higher limits is available soon as limits built into the AMD Overdrive program prohibit this card from stretching its legs properly.

The HD7790 clocked to the Overdrive ceiling will net you between 4-7% increases in performance which could be enough for a couple FPS. However, the card reaches these conditions so easily, we can’t imagine anyone stopping there, especially as the temperatures reached (60C Load–Stock and 63C Load–Overclocked) are under the thermal limits of the card.

The cooler was more than enough to keep the GPU nice and chilly as even at max clock it barely hit 64C. Should a higher limit overclock program become available we are certain this card could have a lot more headroom waiting to be exploited. 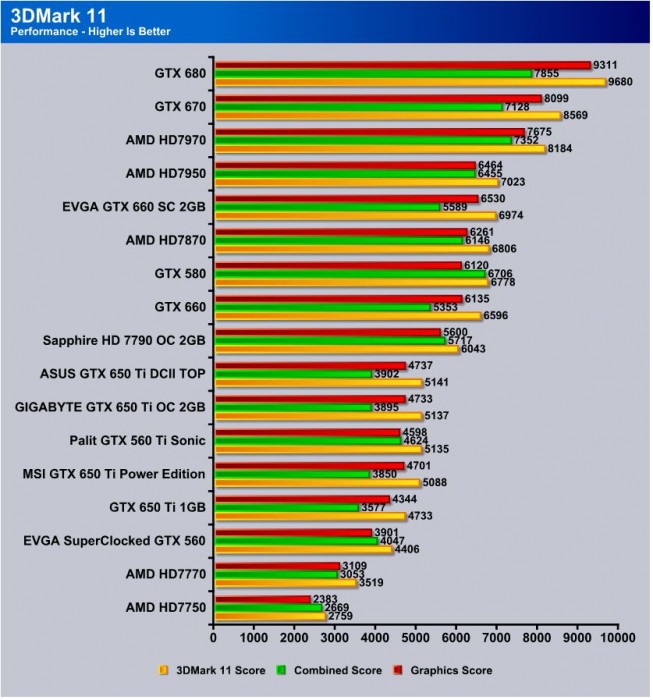 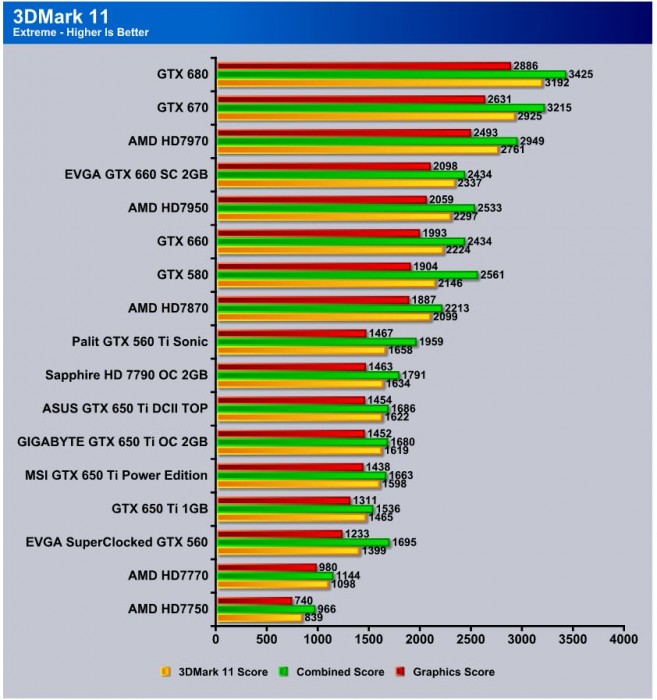 Here you can see the HD7790 2GB climbs over the GTX 650 Ti 2GB card in both the Performance and Extreme tests. This tells us that the GPU assumption we made earlier is correct as the drop in frequency to 1050MHz nets a lesser performance score than the 1GB model.  However given a program which has enough texture loading or a larger display array, we could see this being a very good card for this segment. 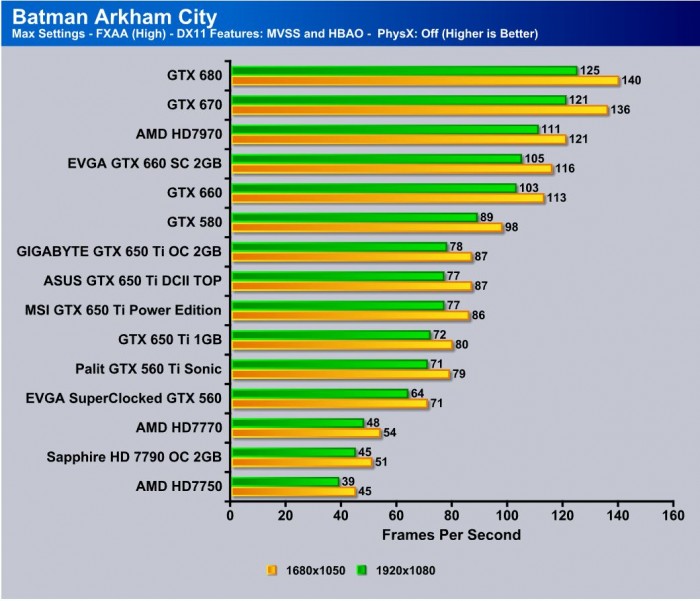 Here we found the 7790 once again falling below the 7770 but this could simply be due to driver immaturity–we still have not seen a driver update for the HD7790 so we hope soon they will have a newer driver with better performance optimizations. 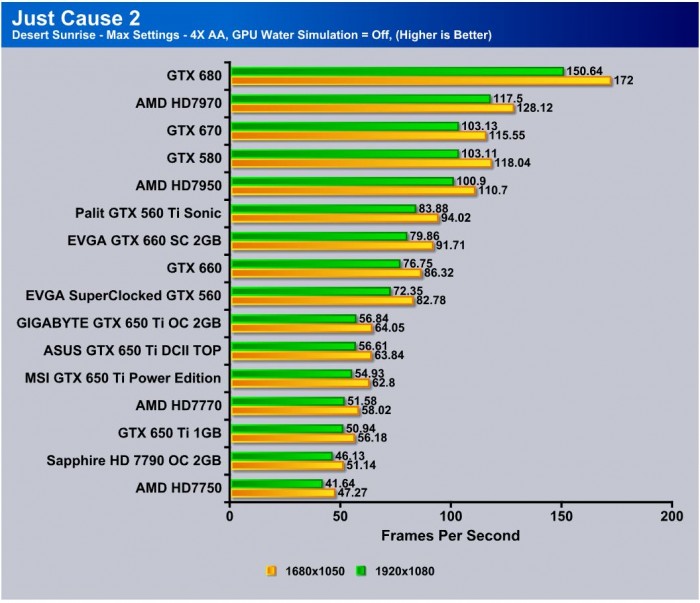 Here we are still finding that the lower clock speed it puts the 2GB model slightly below what we saw from the previous 7790 card. However, considering that these cards can clock to 1200 easily we know it can make up that ground with a quick clock setting, but we do wonder why they set it so conservative from the factory. 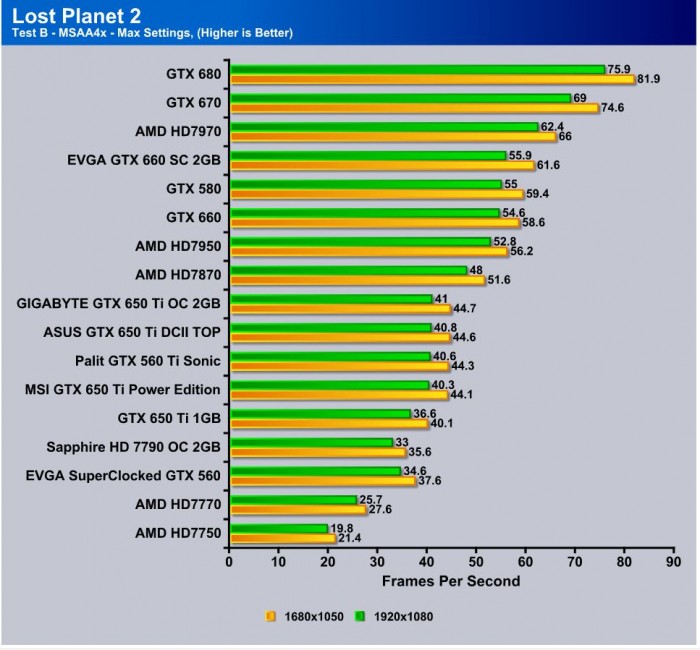 Here with Lost Planet 2 once again the 2GB variant is slightly lower and slightly being beat out by the 650 Ti. 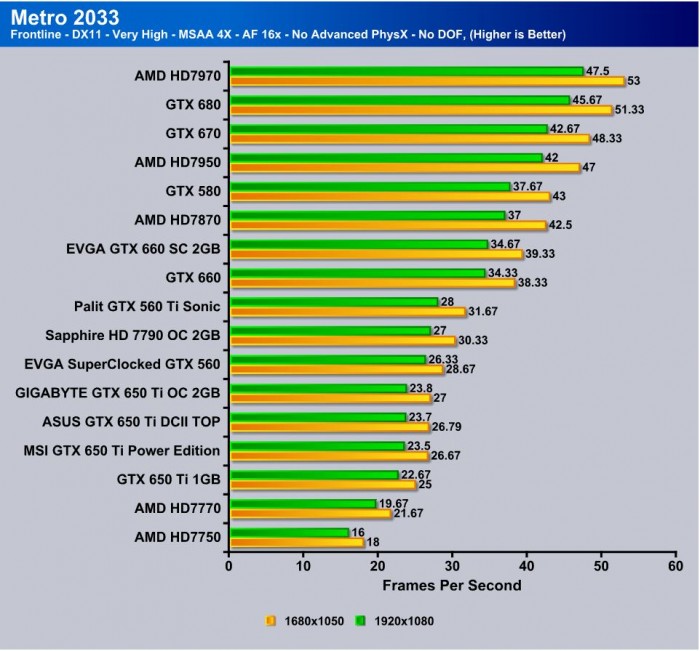 Metro 2033 likely one of the most demanding games that we have tested with, as it brings virtually every GPU to its knees. Here the 2GB card did rather well as the VRAM was seen and utilized to open up a little extra performance due to the amount of memory usage. 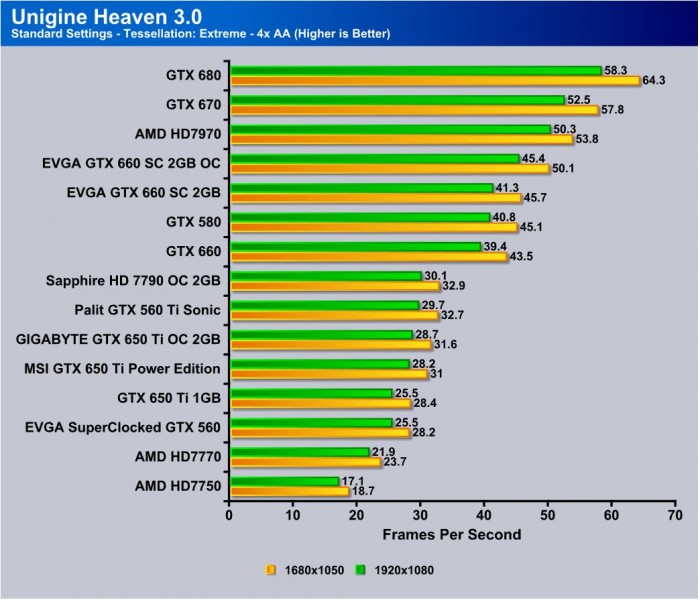 Here the 2GB card is ahead of the 7770 and even the previous 1GB 7790 and shows a rather good showing at filling in the gap between the two chipset segments. 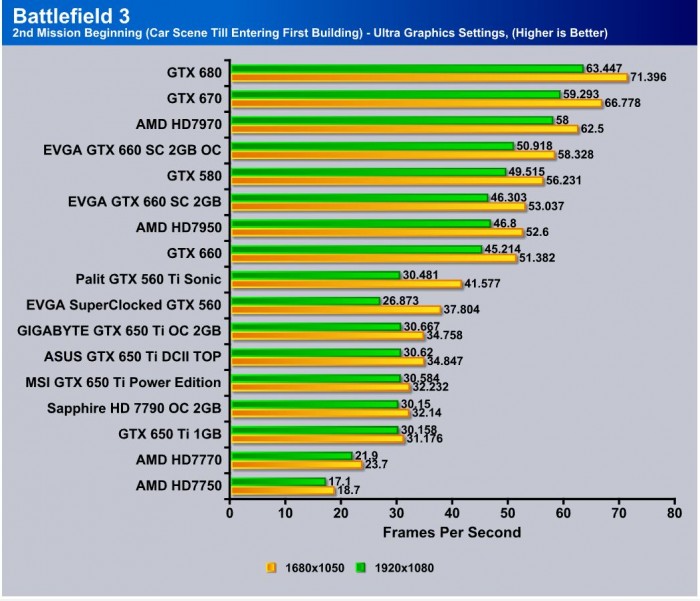 The HD7790 does quite well here as well with Ultra settings which is extremely stressful for any GPU. The 2GB 7790 renders quite playable average framerates although i think you would be much better served to turn details down a little to ensure constant playable framerates and avoid the occasional stutter you may see otherwise.