The ASUS HD 7970 DirectCU II TOP edition card has a specially sorted GPU and super strong SAP components ready to push the limits. So now we just need to find where this limit is.

Starting up we first found the GPU limit on air was around 1260MHz, which is rather good. This should make for some amazing gaming increases for users looking to get that last little edge in their favorite games.

Memory overclocking was definitely nice as we saw some real gains here as well with stability capping out at around 1700 MHz so backing it to 1680 MHz provided us a so-called “safe zone”. Even then it was still a very high clock so we cannot say that it would not cause some sort of degradation over the life of the card.

The DirectCU II cooler stayed quiet at idle with no discernible noise from it what so ever and even under heavy load you could only slightly notice it on an open test bench. This should mean that in a chassis for a gaming system its not likely you would hear this card during normal gaming sessions. 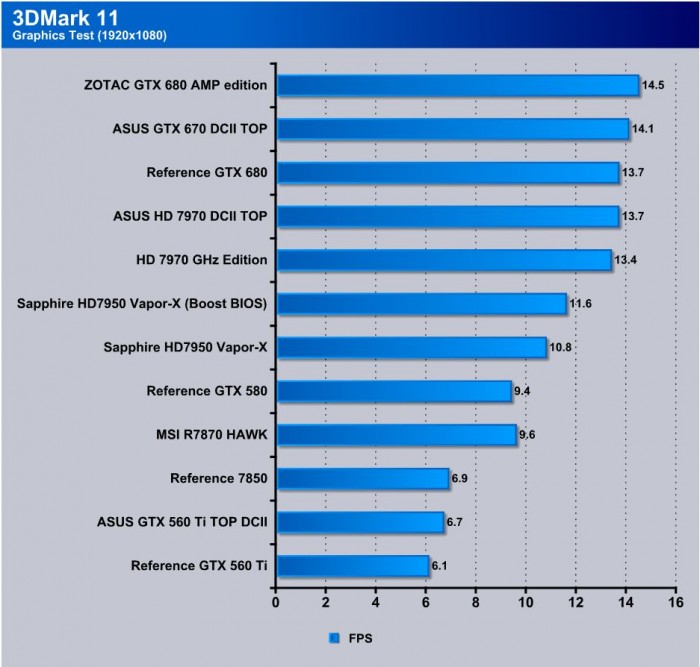 3DMark 11 shows a nice picture of where each card falls in line coming from our testbench. The HD 7970 DCII TOP is coming in right on the heels of the GTX 680 which is not a bad spot to be by any means. With some overclocking action it could top the 680 by a few marks as well. 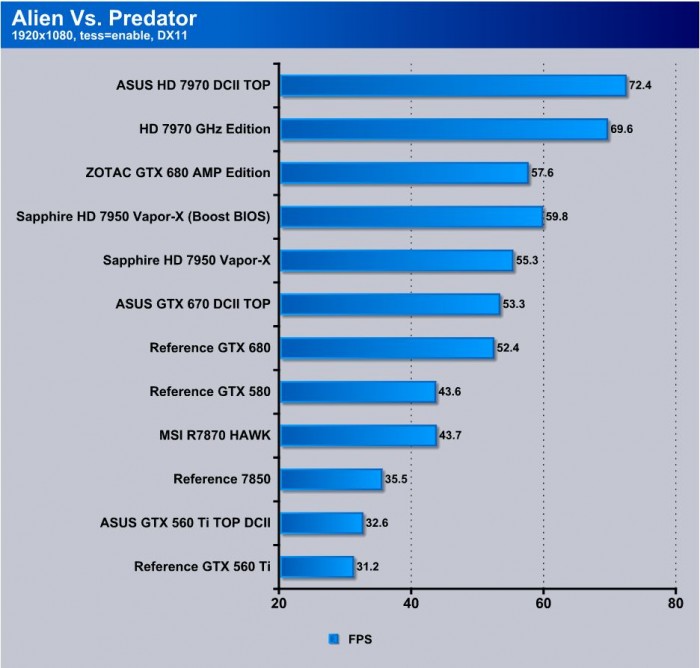 Alien vs Predator looks like a very AMD friendly game as we see that the HD 7970 DCII tops the charts by a decent margin easily sweeping away the 680. 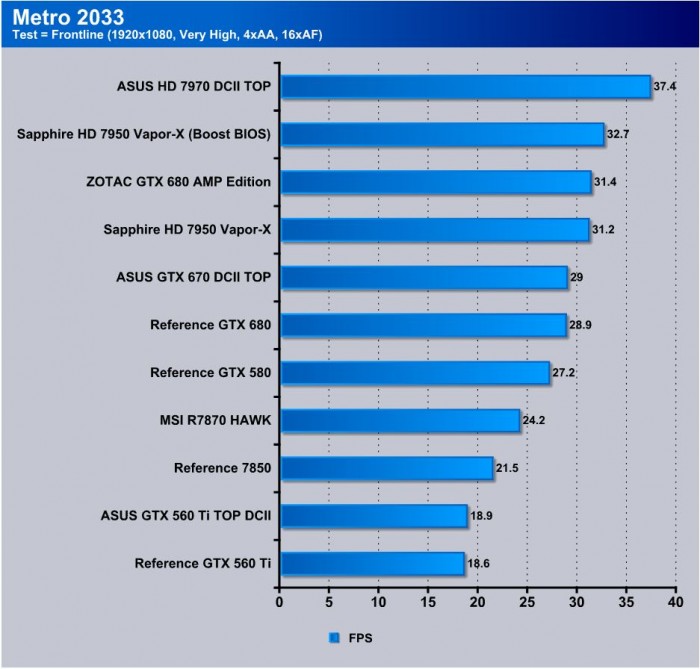 Metro 2033 has always been extraordinarily stressful for GPU’s, and this has not changed with time. Once again Metro is definitely a little friendlier with AMD cards as the DCII tops the charts from the HD 7970 camp and even the 7950 beating the 680. 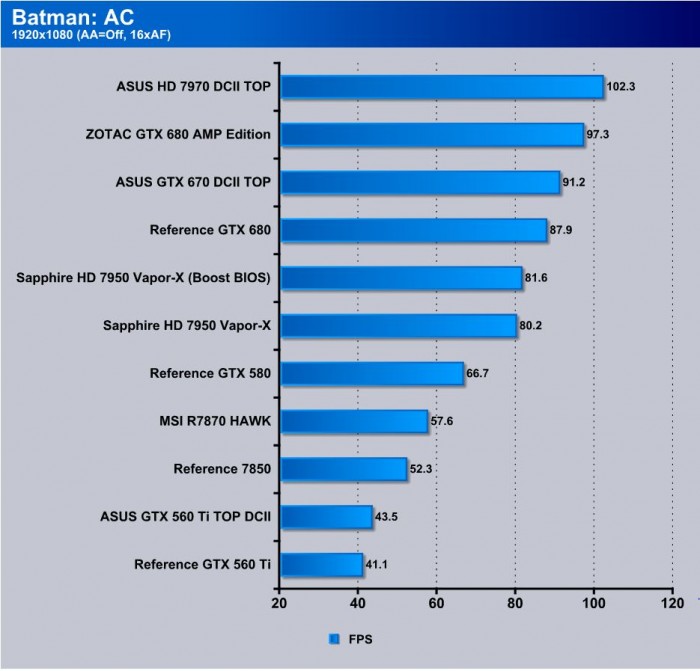 We tested Batman Arkham City and once again the HD 7970 DirectCU II took a top spot but this time by a much smaller margin over the 680 which is a testament to the raw power of this card. 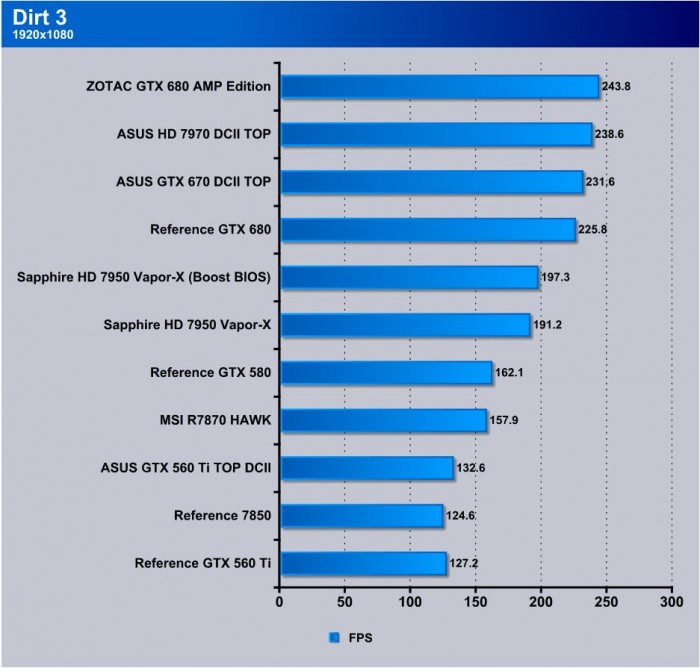 Dirt 3 is heavily marketed by AMD, so we were surprised that the 680 came out slightly on top of the 7970 model. Still, this is a very strong showing for the DirectCU II model card.