By now we’re all familiar with the principle of caching SSD’s: an SSD coupled to a hard drive, yielding the speed of the SSD and the capacity of the hard drive. Today, however, we’re seeing a cache SSD from a smaller player in the SSD scene: Mushkin. Let’s take a look at the Mushkin Catalyst Cache SSD.

Mushkin has come back into the SSD scene with their Catalyst Cache SSD. Mushkin has a few other SSD’s on the market, including, the Callisto, the Atlas, and the Chronos line. The Catalyst is intended as a cache-exclusive SSD, and it only comes in capacities of 100GB and 50GB, whereas other models come in capacities of up to 480GB. However, this is fine as cache SSD’s are intended to be paired up with higher capacity hard-drives.

We previously reviewed the OCZ Synapse Cache drive, an SSD designed for a similar purpose from OCZ. However, unlike the Mushkin Catalyst, the OCZ Synapse hada 50% NAND overprovisioning, which meant that the drive could still be used (at least partially) for storing files, or installing the OS. This drive does not have such a feature and cannot be used as the primary boot drive. The Dataplex software specifically assigned to this drive uses all 50GB of drive space for caching, so you must already have a primary boot drive assigned.

Combine the capacity of your hard drive with the speed of an SSD and get supercharged performance at a budget-friendly price. The Mushkin Catalyst Cache SSD accelerates your hard drive by dynamically managing frequently accessed data on the SSD while using your existing hard drive for main storage.”

The 50GB SSD comes in at a price of around $75-85, so the price is definitely affordable. The 100GB version comes in around $100-120. For a 6Gbps-capable SSD, this is definitely a great deal. The MTBF (Mean Time Between Failures) is a standard 2 million hours and the warranty is an industry-standard 3 years. 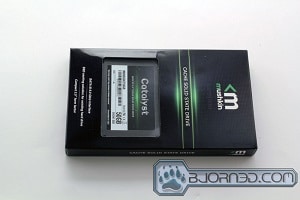 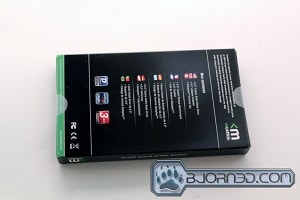 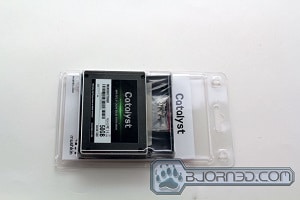 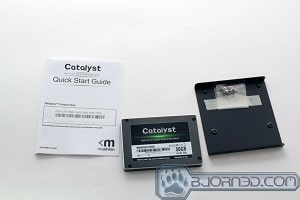 The Mushkin SSD comes in a standard clamshell package, and includes the SSD, a mounting tray for 3.5″ drive bays, and a Quick Start guide. The SSD itself is SATA III capable, so there is off bandwidth bottleneck from the SSD. Unfortunately, we could not open the SSD itself as it uses a special type of screw, but the drive uses a SandForce 2000-series controller. The Quick Start guide comes with a product key for the Dataplex caching software, which is what allows the Catalyst to work as a caching drive.

Because the Mushkin Catalyst is a caching drive, we coupled it with a 1TB hard drive, and ran the tests on a fresh OS installation. We also tested the hard drive without a caching drive attached to examine the difference. Since caching is dependent on multiple repeats of an action, we tested the caching functions several times per benchmark to ensure that the drive had cached the relevant files and was reporting accurately.

The Mushkin Catalyst really does outstanding here, doubling in some cases more than doubling the performance. The Starting applications result in particular is extraordinary, yielding a twelvefold increase in throughput. The best thing about caching SSD’s is that the benefit scales high. The first time a program is run or a file is used, the speed increase will not be noticeable. However, the Dataplex software will recognize it as a frequently-performed action, and will cache the relevant files. The next time you open that program or use that file, the speed will increase, and so on until it yields a noticeable performance difference. Since PCMark 7 runs each test with three passes, and we can already see a noticeable increase in performance.

All Scores in MB/s

The Dataplex caching software gives a huge boost to the speed of the drive. The benefit of the included Dataplex software almost doubles the Sequential Read, and more than quadruples the 512K. The benefit is even better at higher queue depths (a higher number of pending I/O operations).

All Scores in MB/s 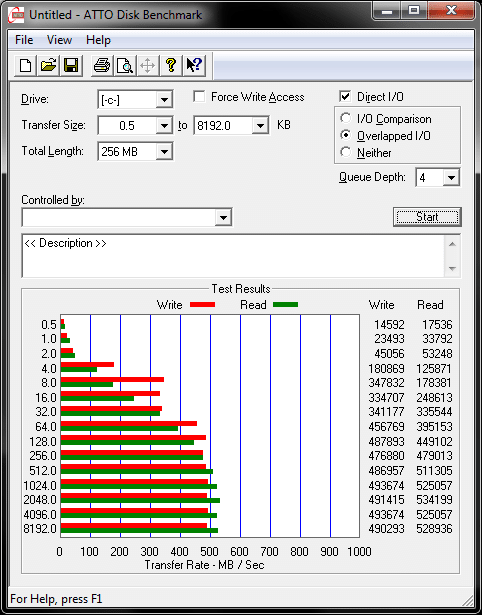 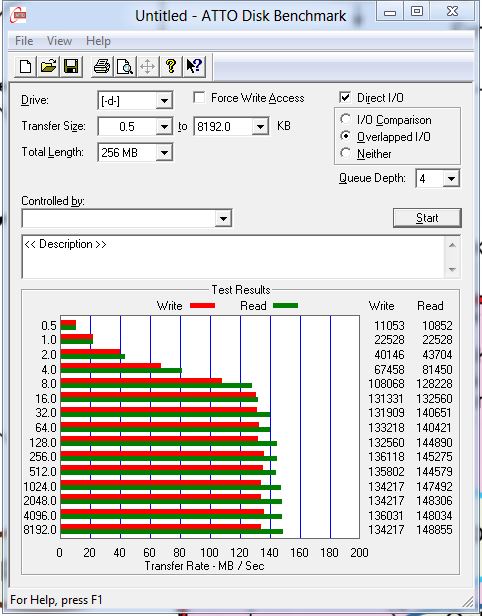 Here we can see the advantage granted by having a caching SSD. The read speed for the standalone HDD maxes around 150 MB/sec, whereas it maxes around 530 MB/sec for a cached drive. The write speed increase is similar: the max write for the standalone HDD is around 135 MB/sec, and the max write with an SSD is around 490 MB/sec. This kind of increase is fantastic, and only at a cost of around $75-120, depending on the capacity of drive you purchase.

Once again, the Mushkin SSD shows its strength by considerably increasing performance in all but the Sequential Write. Again, we’re not sure why this result is lower with a cache drive, but it shows the same trend as our CrystalDiskMark result, so we’ll be testing thoroughly to find out why.

The Mushkin Catalyst Cache SSD is another product in the field of cache drives. However, its excellent performance and affordable price are what allow it to stand out. In our testing, the Mushkin catalyst increased our system performance by a considerable amount in almost every single test. We saw huge increases across the board, including a doubling of the overall storage score in PCMark 7. More importantly, however, a 50GB Catalyst SSD costs around $50-75, a near unheard-of price for solid state drives. This is truly a great product.

Keep in mind, however that the Catalyst is a caching drive, and should not be used as a standalone SSD. We would like to see higher capacities of this drive, perhaps between the 64-120GB range, but at the end of the day, even 50GB is more than enough for caching files. The drive did yield a strange sequential write speed result, though we will investigate this further. Overall, we definitely recommend this drive to any user (enthusiast or budget) who wants a big bump in their hard drive’s performance without spending hundreds of dollars on a standalone SSD.