Note that due to time constraints all 660 Ti’s tested are all on the chart so you can compare to eht other models and teh marginal or in some cases not so marginal differences.

We were surprised by the GIGABYTE 660 Ti’s short-handedness. The GPU core fell a little short by approximately 10 MHz from the next leading competitor, and even more as you moved up spots. This left its boost clock 14 MHz behind its closest competitor and far behind the leader. This looks like luck of the draw as some of the 660’s we have tested are absolute gems to overclock and some are about average, and while this card is not bad, it is definitely not the best we have clocked. Once again this just goes to show that the CPU/GPU lottery is in effect.

The memory, on the other hand, is the absolute definition of flat out raw power, as it easily jumped past all of the competition settling in at over 7020 QDR (a little over 1GHz overclock QDR for the memory) which is huge! This kind of perfomance jump in some ways can definitely make up for the slightly lower GPU overclockability.

The Windforce cooler did its job well and when pushed to full fan speed let out a mild whirring, but overall was not overly unpleasant. When left on auto we’re am betting it would be very difficult to even discern it from the other components in the system. 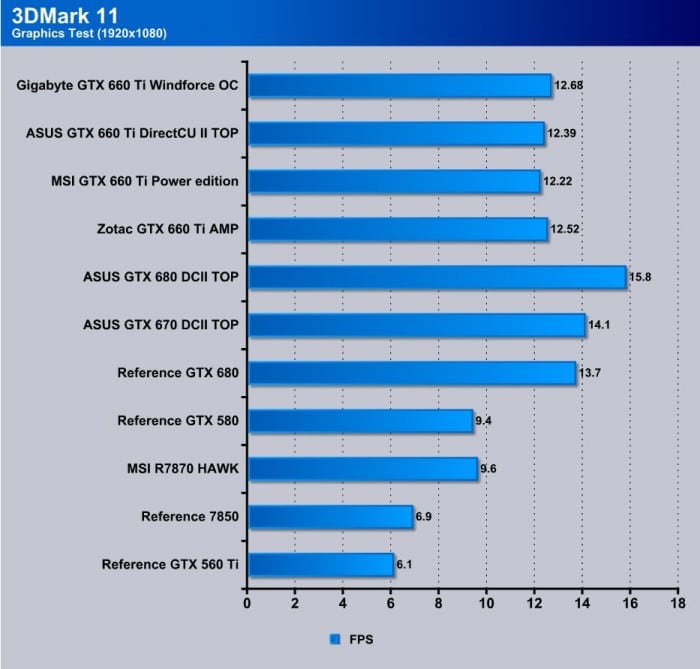 3DMark 11 shows a nice picture of the cards placement as it falls right behind the 670/680’s and well ahead of the 580.  Now we just need some 7950’s to add to this mix. The GIGABYTE offering pulls a nice advantage here, and even though it is a small gain, it shows the raw power the GIGABYTE card harnesses as the card help quite consistent dynamic clocks compared to some of the others which tells us that internal tuning may be at play here as some tweaking likely was done behind the scenes to kee the card running strong under the consistent load. 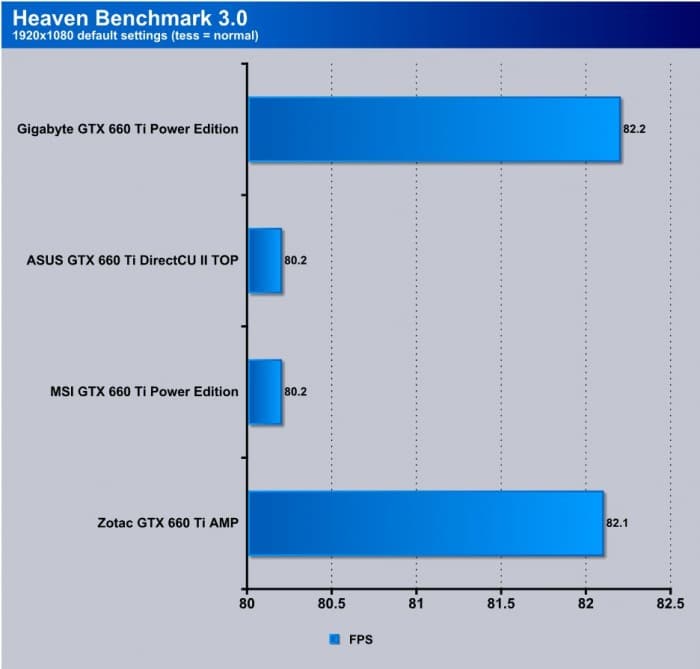 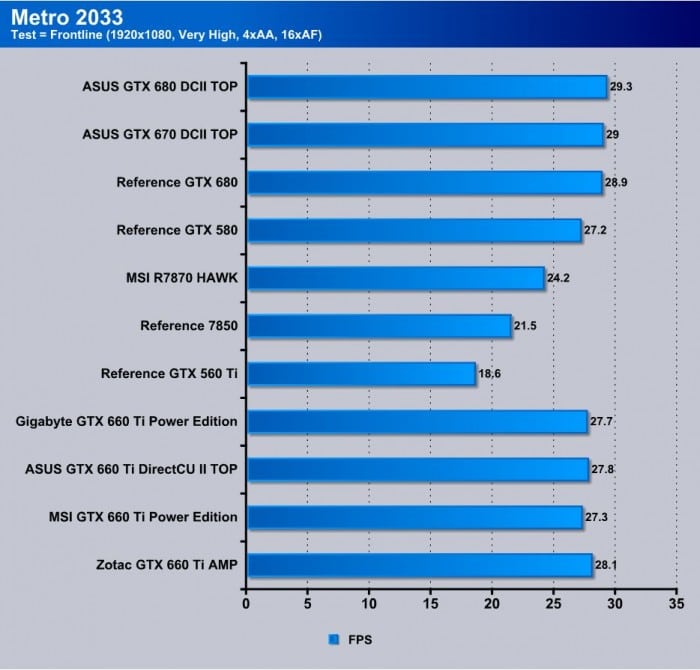 Metro 2033 has always been extraordinarily stressful for GPU’s, and this has not changed with time. The 660 Ti cannot play Metro 2033 without minimum framerate, but for a midrange performance card it definitely holds its own as the previous generation flagship GTX580 is bested by this midrange beast. This round the GIGABYTE card is slightly off pace from the fastest but overall still a very fast card. 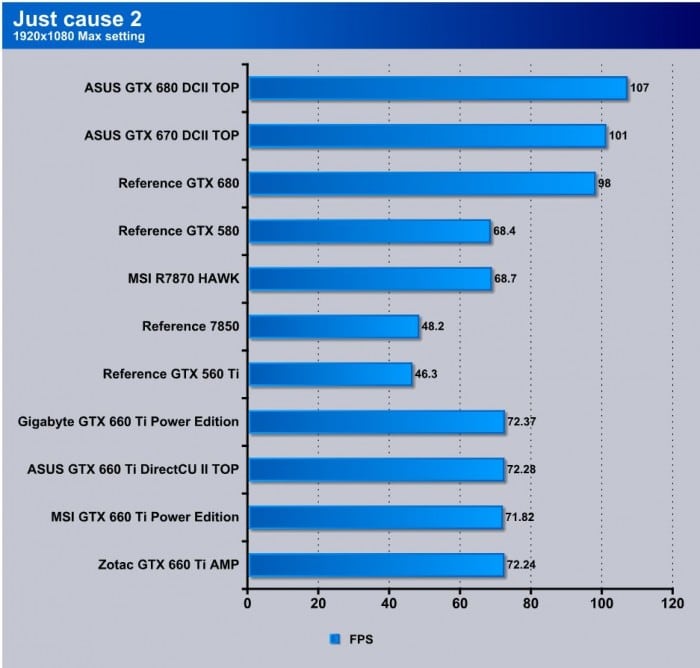 We brought a rather old but good game back for testing this card. Here the cards are neck and neck but the GIGABYTE pulls a slight lead for the win with the 660’s and, in this test the 660’s all trounce the 580 by a decent margin. 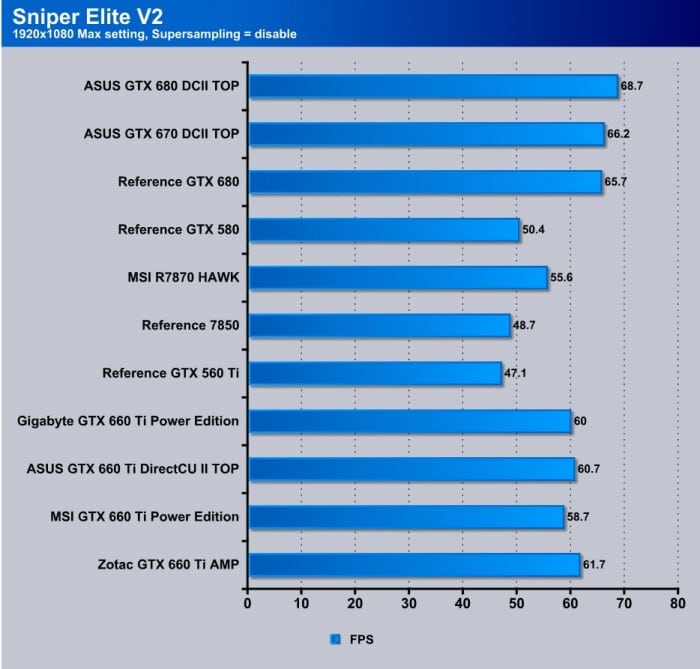