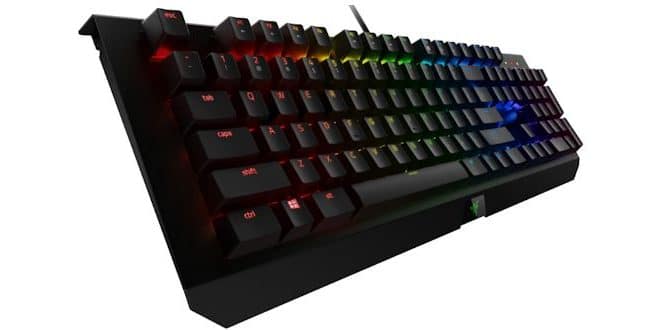 As with all the Chroma products, at first glance the BlackWidow X Chroma’s most striking feature is the 16.8 million colors, but don’t let the bling blind you to the first class hardware under the hood. The lighting can be changed for every key or set to pre-set patterns of lights. Each key having the ability to be lit differently gives you the edge in gaming because game-specific keys can be colored to indicate different game functions. Having your game keys highlighted cuts down on key mistakes and makes you a more deadly gamer, and until you have experienced the difference you can’t understand how mind-blowing that advantage is. Fire up Razer Synapse and set your movement keys to yellow, grenade to green, reload to red (etc) and you have all but eliminated the game’s learning curve. Cutting down the learning curve means you get into serious gaming faster and are more deadly from the start. 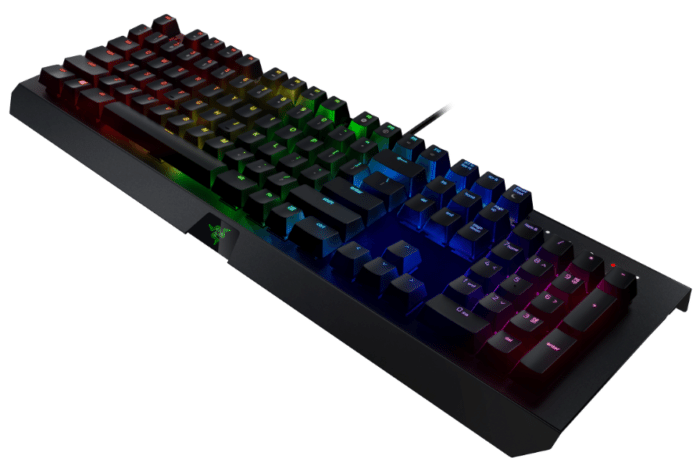 The BlackWidow X Chroma utilizes the Razer Green mechanical switches with an expected lifetime of 80 million keystrokes per key with an actuation force of 50g and actuation travel is 1.9mm. This is probably the first time that Razer has gone minimalist. Normally Razer goes full-dress, full-blown and way over the top in both design and bells and whistles. 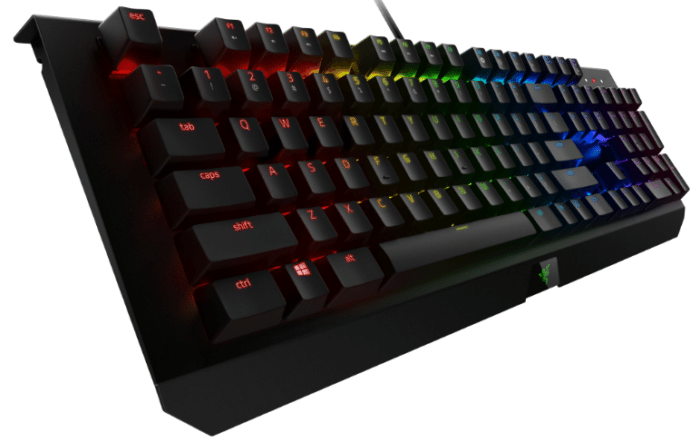 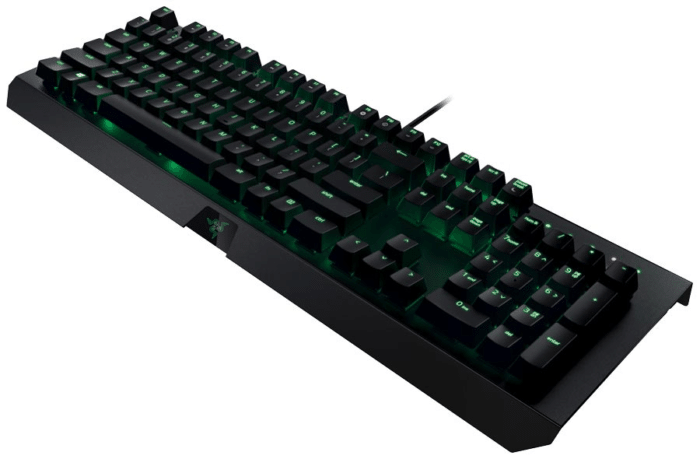 Shown in traditional “Razer Green”, you get a good look at the minimalist feel of the keyboard. One thing we would really like to see are dedicated multimedia buttons, which none of the BlackWidow lineup have. Very few people are going to spring $169.99 for a keyboard for typing; the end-user is going to be a gamer, and gamers like multimedia controls. It dampens the fun when you have to dig for key combinations to lower the volume. 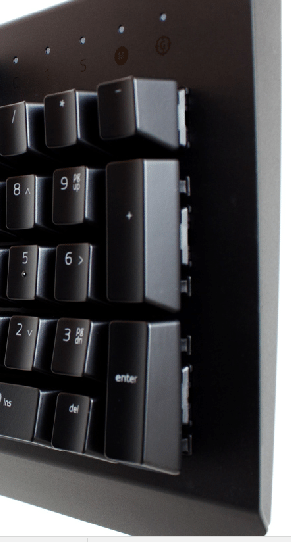 You might think that this is an angled shot to look under the key caps but in reality the key caps stand up that high from the Military grade metal. It’s almost like Razer removes the plastic cowling and didn’t adjust the height which is going to make it harder to keep dirt out of the keys.

Here’s a side shot of the keyboard and you can see the real height of the keys. We aren’t big fans of exposed hardware for the simple reason that you opened an avenue for dirt and dust which will inevitably shorten the life of the product. 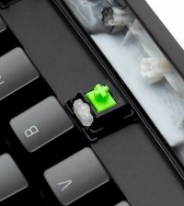 With the space bar open you get a look at the Razer Green switches and the Costar key stabilizers. We actually like the Green Razer switches construction but the actuation pressure need to drop from 50g and the bump point for the tactile response needs to produce less noise. This is a case of more (noise) is less (appealing).

The BlackWidow X Chroma is a capable Gaming Keyboard but Razers greatest competition is their own BlackWidow Chroma which is full features and only $10 more.