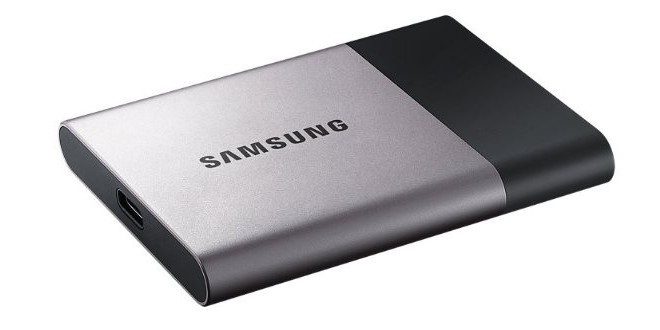 We hooked up a variety of drives to our Surface 4 pro via USB 3.0 and ran a bunch of benchmarks. 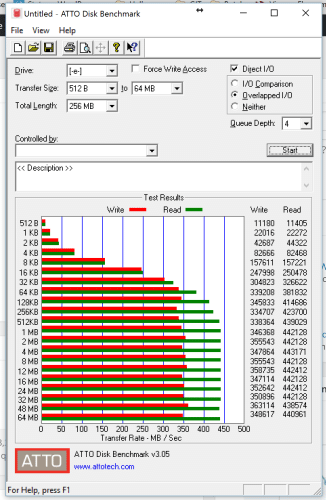 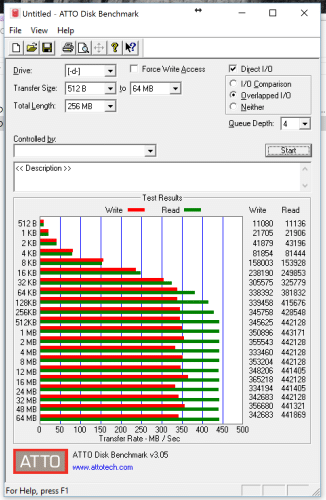 There is not much difference between the Samsung T1 and the new T3.  Both are really quick SSD’s. 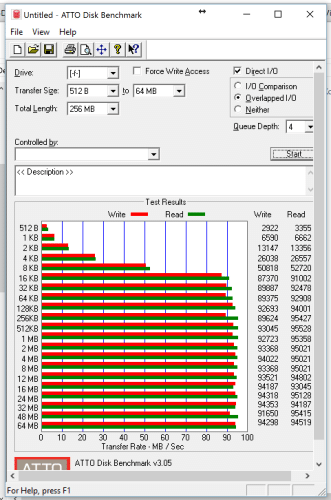 As a comparison we have the WD My Passport Ultra which is a small slim external drive with a HDD that spins at 7200 rpm. As expected it levels out at around 95 MB/s. 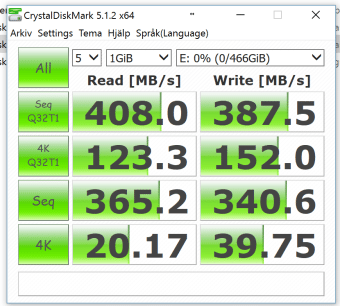 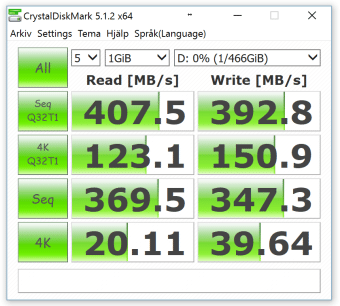 Again the difference is basically non-existing and the one that is there is due to variations in scores that we get when re-running the benchmark several times. 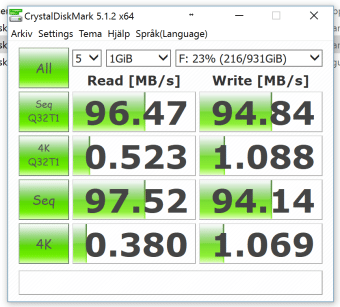 This benchmark shows in what conditions the HDD simply cannot keep up with a SSD.

The benchmark Anvil Storage Utilities is a bit special as it allows us to set up a kind of workload that mimics “real world” files when it comes to a mix of compressable and incompressable files. 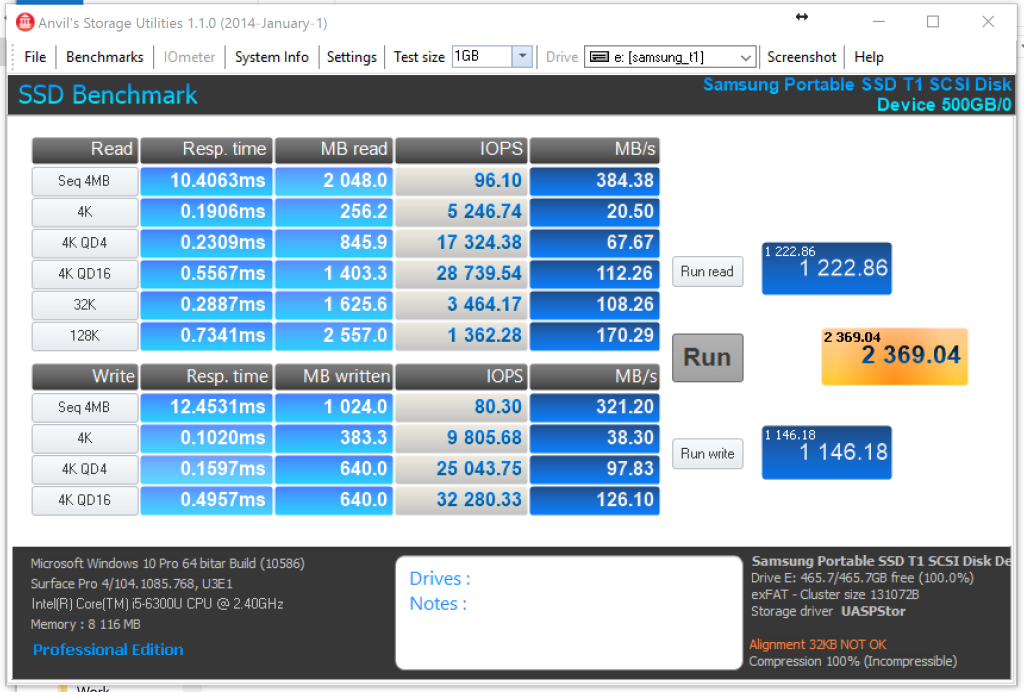 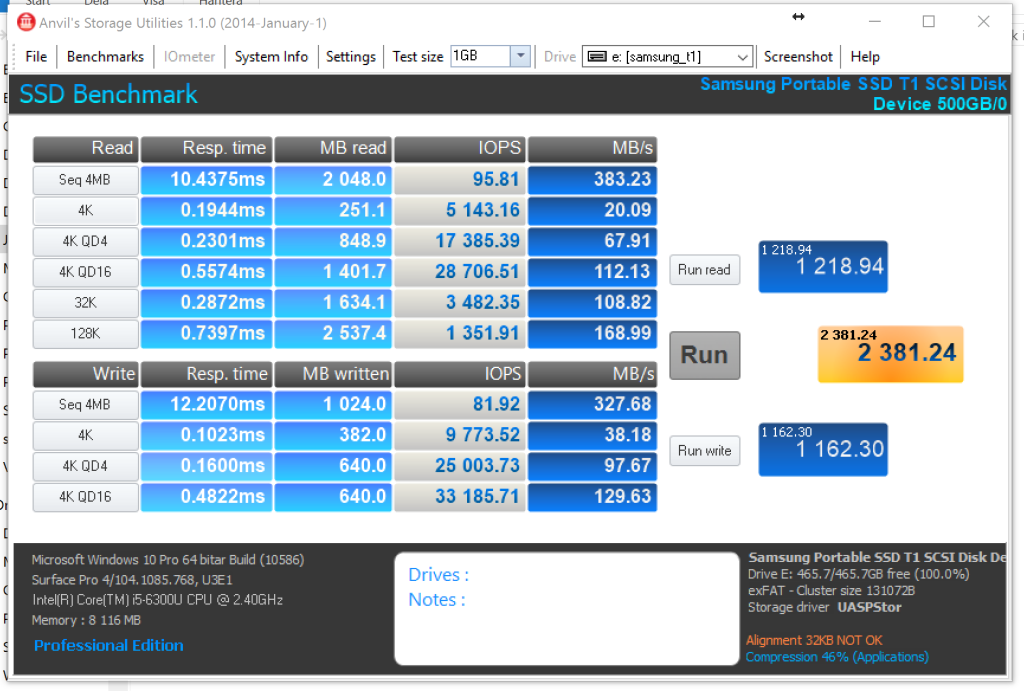 46% mix of compressed and incompressable files. 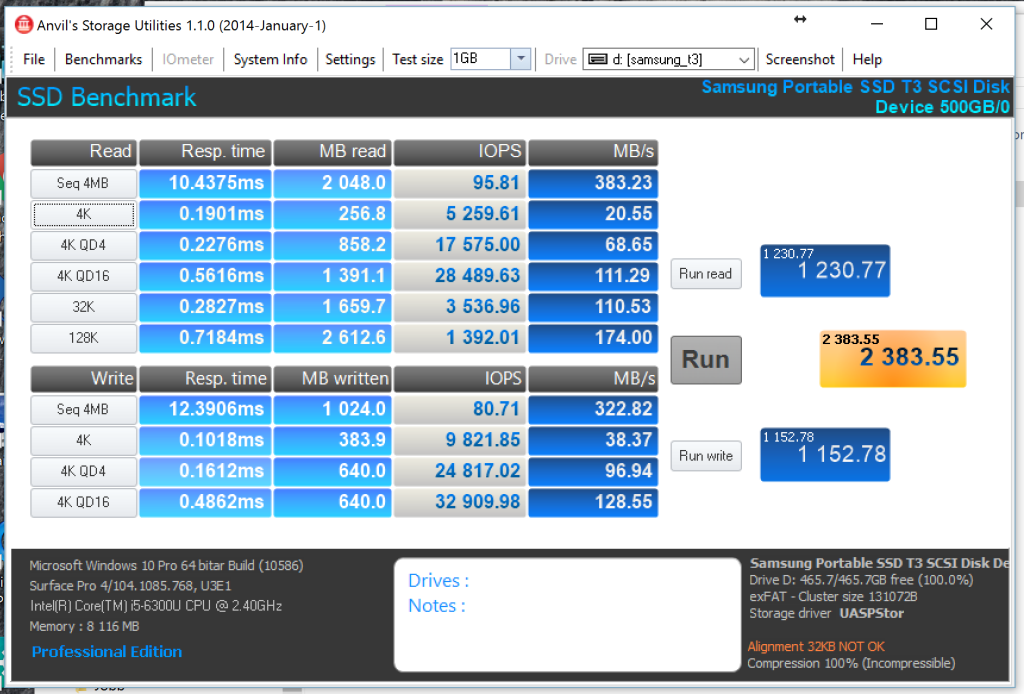 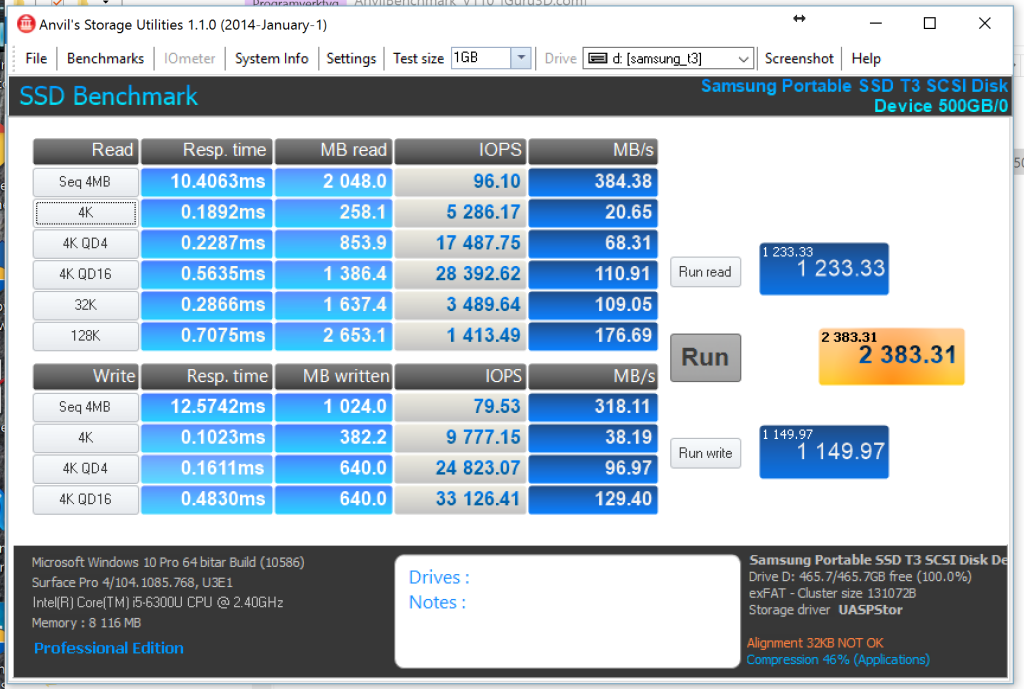 46% mix of compressed and incompressable files.

In this benchmark we also see the same pattern as the others; the Samsung T1 and T3 are basically the same speed.

Support for the Trim-command has been largely undetermined both with the Samsung Portable SSD T1 and the T3. Using the program we get a “undetermined” rating for the drives. Trim support is important as it helps stop the degradation of speed over time so it is a bit dissapointing that it seems the Samsung Portable SSD T3 does not support it. However – we have been using the Samsung Portable SSD T1 for 7 months since the review and writing and deleting a lot of data on it and when we ran our benchmarks again for this review, albeit on a different computer, we still get similar performance as when it was new so it seems that there might be something Trim-like going on anyway or that the drive does not degenerate in speed as quick as one might think.

The Samsung Portable SSD T3 offers a lot of performance in a small package.