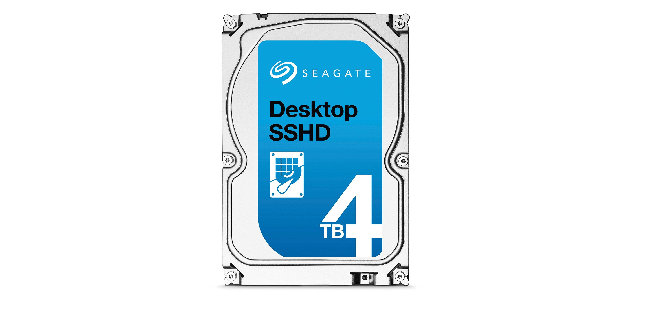 A SSHD is the marriage of a platter hard drive and a SSD Controller linked to the same Nand flash used in a Solid State Drive. The drive electronics are a little more sophisticated than a regular platter drive deciding what is stored on the SSD portion of the drive using an algorithm that determines what is used the most often. Designed for desktop computers and DAS  (Direct Attached Storage) situations the Seagate 4TB SSHD is the latest iteration of Hybrid drives from Seagate. The SSD qualities of the Seagate SSHD married to the capabilities of the platter portion of the drive let the drive have unique advantages over normal platter drives. Seagate’s SSHD can achieve higher transfer rates and faster Bootups at a fraction of the cost of a SSD the same size.

SSD’s remain on the expensive side for the amount of storage you get for the price you pay and it’s rather a waste of SSD storage to say store large volumes of music or video on an SSD as the speed isn’t going to do you a lot of good and frankly storing that amount of material on an SSD gets expensive fast. Last we checked you could snag a 240 – 256GB SSD (good quality) in the neighborhood of $125 – $140 with no frills models a little cheaper.

The price for one GB of storage on a good quality SSD runs in the 52 cents per GB range which is just to high for most home users to get as much space as they need. Now take a Seagate 4TB SSHD at $149.79 and you are looking at 3.7 cents a Gigabyte for storage. That’s quite the drop from 52 cents to 3.7 cents per GB so platter and Hybrid drives still play a big role in everyday storage needs. 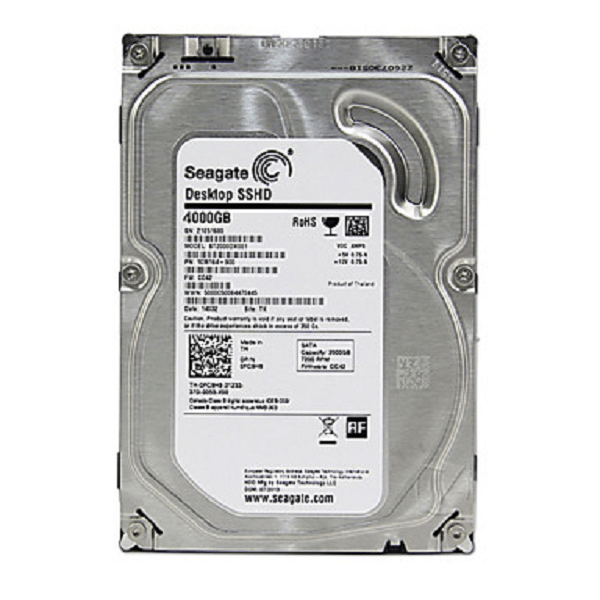 Keeping the same 3.5″ form factor that’s been around for a couple of decades the Seagate 4TB SSHD will fit into any Desktop, Workstation or server environment making it compatible with everything but laptop computers which use a smaller form factor drive. 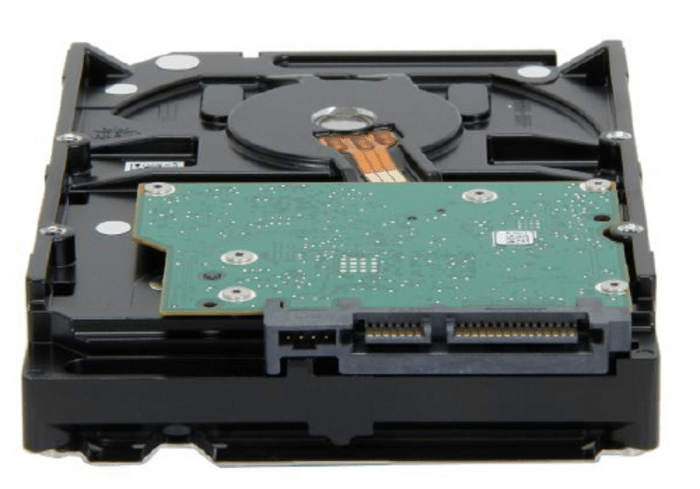 The drive itself uses a standard Sata connector and it’s aligned like all other 3.5inch drives and should have no problem with hot swap bays or back-plane cases. 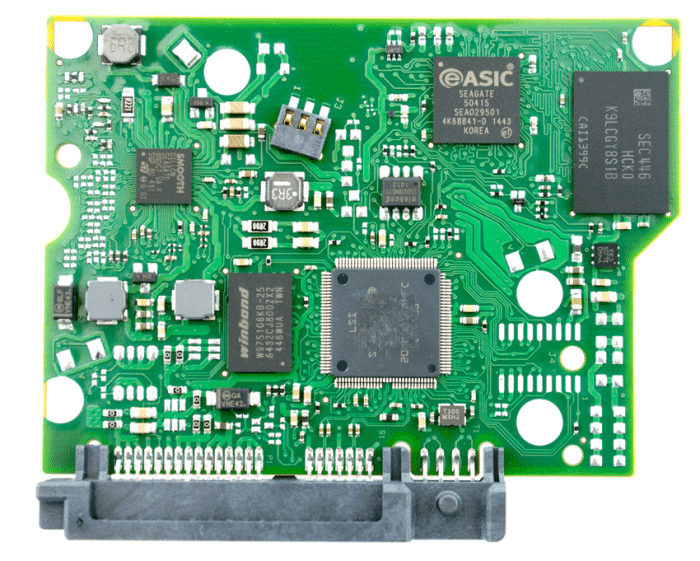 The Big square chip that’s a tad smudged is the LSI HD controller and to the far right hand side to the right of the Easic chip is the 8GB Nand flash used in the SSD portion of the drive. The SSD Controller is the Easic chip and Seagate snuck some technology in there to cache the most used files on the SSD portion of the drive. The drive is equipped with Sata 6Gb/s Native Command Queuing technology(NCQ) which allows hard drives to internally optimize how received read and write commands are handled. Seagate quotes an average data rate of 146MB/s and a sustained transfer rate of 180MB/s which is substantially higher than traditional platter drives. The Seagate 4TB SSHD also sports a generous 32MB of cache memory which is far more than drives of yesteryear that often contained 8MB or less.

The Seagate Desktop SSHD comes in capacities of 1TB, 2TB, and 4TB, priced at roughly $60, $95 and $150, respectively; all drives are backed by a limited 3-year warranty. As you know the drive we will be tearing into today is the 4TB SSHD and value wise the 4TB offers the most bang for the buck per GB of storage space of the three available Seagate SSHD’s. 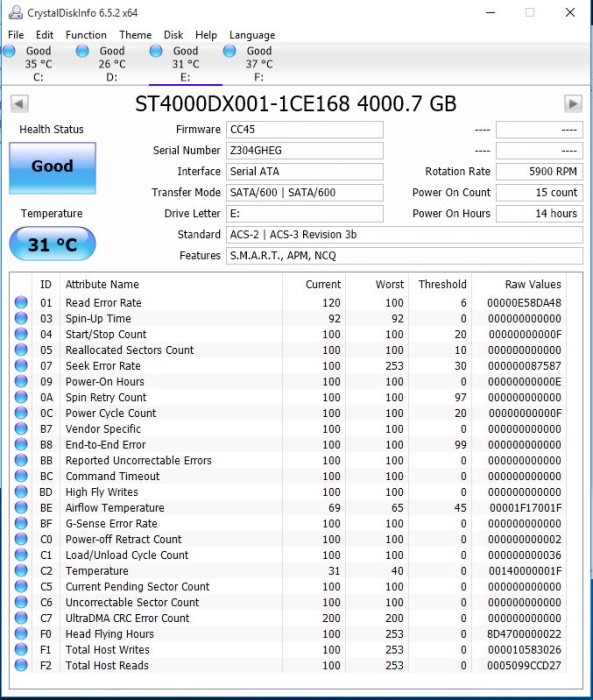 Here’s a CrystalDiskInfo shot showing that we are indeed working with a Seagate 4TB SSHD model number ST4000DX001 and is in fact a 5900RPM drive. When you see the benchmarks keep in mind that it’s a 5900RPM drive passing all that info and you’ll see just how good a job of engineering Seagate has done with the 4TB SSHD. 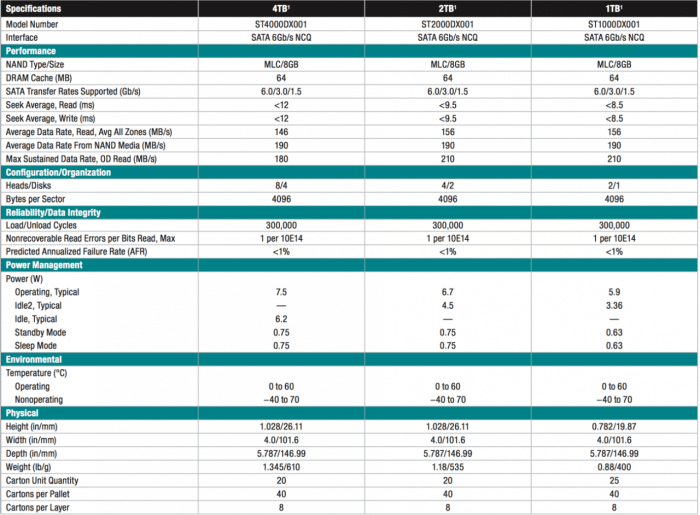