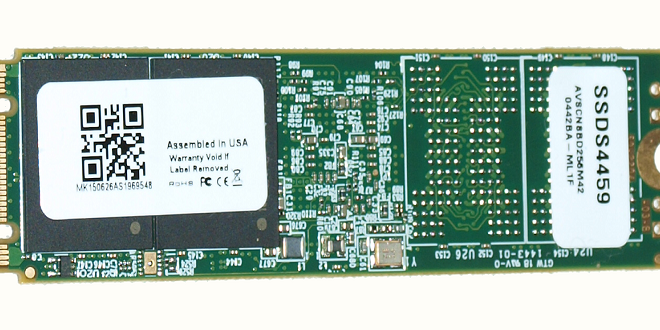 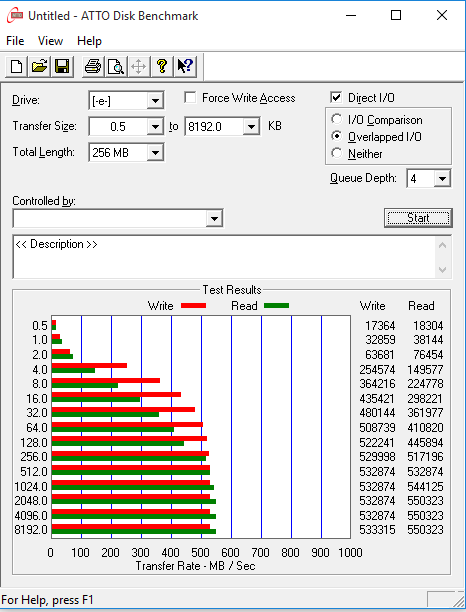 ATTO is the standard most HD vendors use to test the advertised speed of their hard drives and looking at the numbers it’s no wonder why they use ATTO. The write speed on the budget oriented Mushkin Atlas Vital reaches 533.315 MB/s which exceeds the advertised speed of 530MB/s. Our Read speed hits 554.125MB/s and as far as ATTO is concerned the Atlas Vital exceeds it’s read and write expectations. 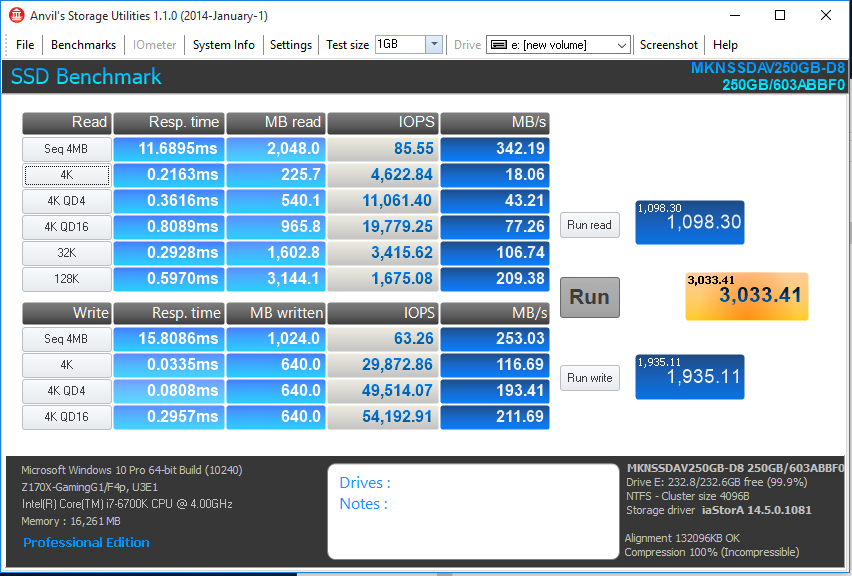 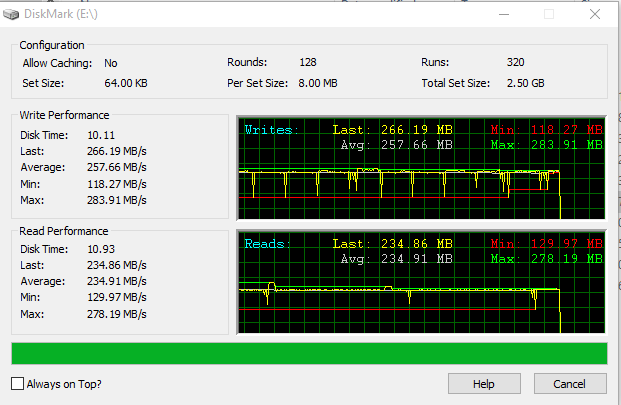