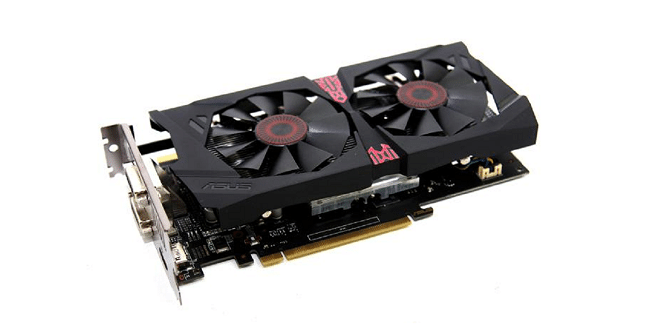 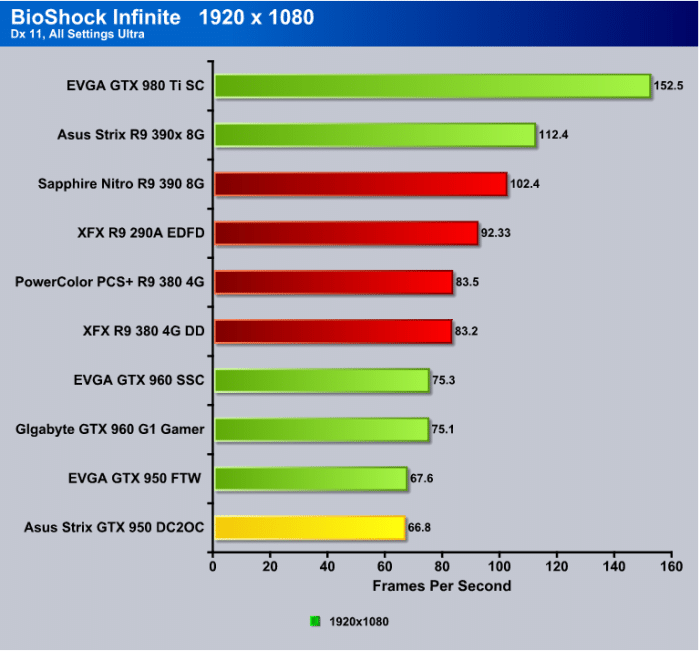 The ASUS Strix GTX 950 DC2OC ran about 8 – 9 FPS slower than the GIGABYTE GTX 960 and running inline with the EVGA GTX 950 FTW so we suspect these will be pretty popular. 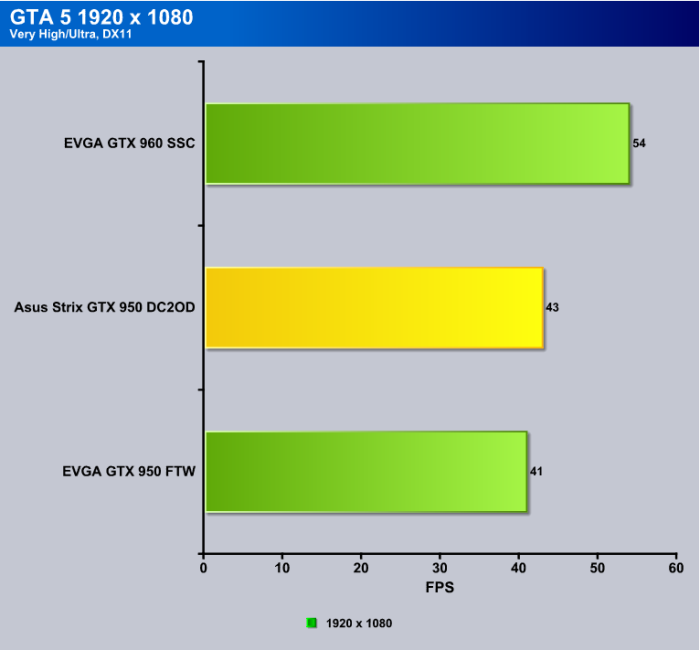 We are just starting to use GTA 5 and the ASUS Strix GTX 950 DC2OC gave us 43 FPS will all settings to as high as they would go except Grass. We didn’t crank up Grass because as a visual enhancement well it’s just grass.

Fight through Mordor and uncover the truth of the spirit that compels you, discover the origins of the Rings of Power, build your legend and ultimately confront the evil of Sauron in this new chronicle of Middle-earth. You may remember some controversy over the recommended system spec for this one being a little crazy. For our benchmarks we turned Order Independent Transparency off as it requires more VRAM than we feel is worth the graphical effect when considering our 2GB available on the GTX 950 and mainstream video cards. 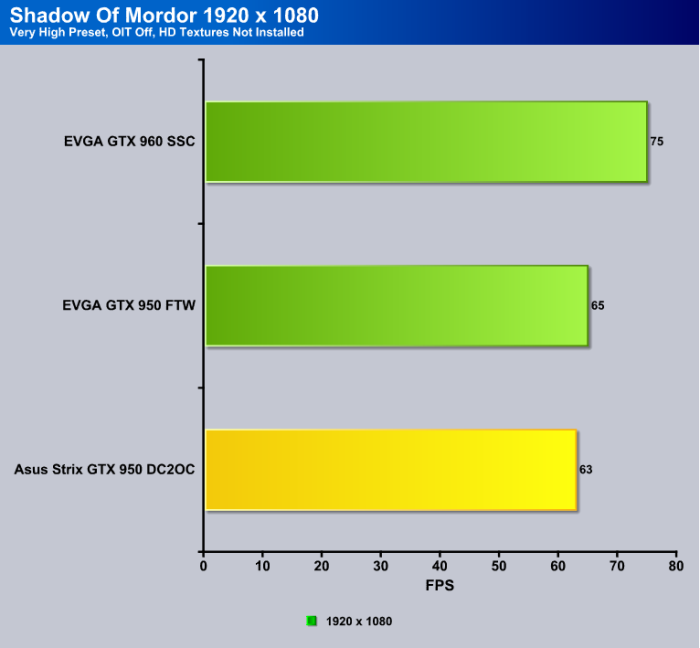 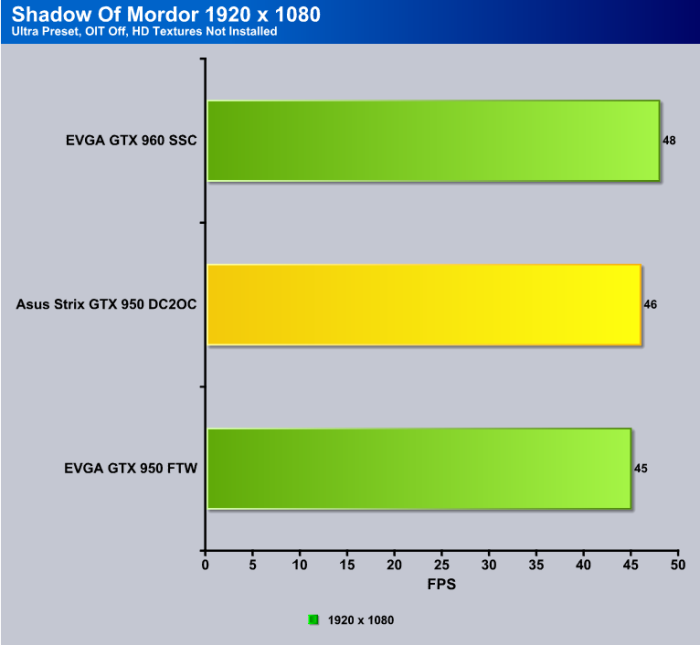