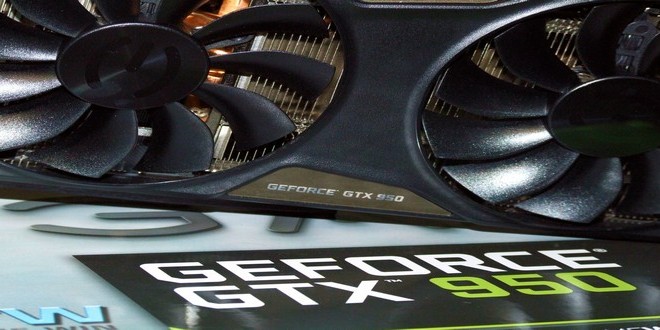 Overclocking changed when Maxwell GPUs hit the market. Let’s talk overclocking and the differences between pre-Maxwell and now.

With previous generations of GPUs before Maxwell, OCing was pretty simple. Pour voltage and cooling on the core and up the clock until a program like Riva Tuner reported artifacts. Then you backed down the OC until the artifacts went away, tried decreasing voltage a little, kept an eye on thermals and if thermals weren’t a problem and no artifacts showed up, you had a good OC.

Maxwell changed the OCing scene for GPUs with its Power Target Control, and now excess power can hinder your overclock, so there’s a little added complexity. GPUs have pre-set frequencies; clocks that are set by Nivida and/or the manufacturer. Those clocks tick away just like the hands on a normal clock at predictable and precise ticks.

Generally, clock cycles are measured in Hz. Hertz can be described as cycles per second. So a monitor with a refresh rate of 120Hz refreshes 120 times a second. GPUs operate faster, and a GPU that has a stock clock of 1700MHz polls at 1.7 billion times a second. One MHz being 1 million Hertz makes sense. Overclocking a GPU specifically means increasing the stock core clock to above the factory preset, often requiring and increased voltage to gain stability. To keep stability, the GPU needs a stable core and has to meet TDP or Thermal Design Power.

Nvidia and AMD both perform tests on their GPUs, and they call those tests “binning”. Manufacturers test cores to find a good, high operating frequency that provides a balance between longevity and speed, opting towards the longevity side. With overclocking, we opt to move to the speed side of the equation and accept the fact that we are decreasing the lifespan of the core of the GPU by exceeding factory clocks and voltages. In general, a little OCing for tests or benchmarking runs, followed by dropping back to factory speeds, isn’t going to reduce the longevity of a GPU much. The continued use of an overclocked GPU, or any other device,  will decrease its lifespan.

Why does my GPU crap out at certain high overclocks?

There are varying schools of what constitutes instability, but in the benchmarking and hardware review world there’s only one definition. If you find a single artifact during post overclock testing it’s an unstable overclock. What causes these artifacts? As you increase the speed of the core, you also have to increase core voltage. You will quickly find that adding more voltage does no good, and the core will go unstable anyway. At the point where a voltage increase is no longer effective, and or you get artifacts, you have exceeded the speed at which the core can operate in a normal manner.

Now you’re not just increasing voltage directly to the core like attaching a couple of wires to a battery. The power comes out of your PC’s power supply, then it goes to the GPU’s VRM, or voltage regulator module. The VRM is a composite beast. Each VRM is composed of a cooling system, fans, heatsinks, capacitors, chokes and MOSFETs, and the end design is to clean the incoming power to a flat level voltage that changes as little as possible.

You will see both motherboard and GPU manufacturers talking about high quality VRMs. Low quality VRMs can’t accept much more voltage than stock without contaminating the voltage to your GPU/CPU, and as soon as that happens the core goes unstable. High quality VRMs can withstand a little excess voltage, giving us OCing headroom. That higher quality VRM setup can only tolerate so much additional voltage, and exceeding that will pollute the voltage and again, the core craps out. In some cases, even if the VRMs hold up, you will exceed the operating limits of the core, and yet again the GPU craps out.

How Maxwell changes the OC’ing game.

You may have guessed by this point that manufacturers can limit the OC on a GPU by choosing VRMs that will only allow so much headroom before polluting the voltage. They can also design a cooling solution that will trigger a thermal limit and shutdown or throttle the GPU. Along comes Maxwell, and the VRMs and TDP still come into play, but a new layer of protection is added: Power Target Control.  The TDP on the GTX 950 FTW is 125W and EVGA Precision allows an increase of 28% for this card, so the maximum TDP voltage is 160W. That’s the total pool of voltage the GPU can consume. Some card manufacturers will limit that to 110%, so do your GPU research if you intend to max the overclock.

Now the crux of the Maxwell overclocking: you start out overclocking much the same way as in days gone by. Increase the core clock without increasing the voltage, keeping in mind that GPU boost will ignore the OC and still boost the GPU. Once you reach a speed where artifacts appear, increase the Power Target Control (done in percentages), re-test for artifacts, then rinse and repeat. Voltage increases are only going to be so effective, and pouring on the voltage can increase the temperature and cause throttling. That’s what you need to monitor for: watch your performance and if increasing the voltage and core clock causes a decrease in performance, back your OC/voltage down. Why you ask? Because the card is throttling to protect the core and reduce temperatures.

In summary, Maxwell’s voltage isn’t as important and can hurt your OC. All you need to do is OC like normal, increase PTC and monitor for a performance decrease. Once you have that decrease, you know you just went past the OC wall. Kick in OC Scanner to keep a heads up on temps and performance, and in no time you will have a satisfying, geek-bragging OC.