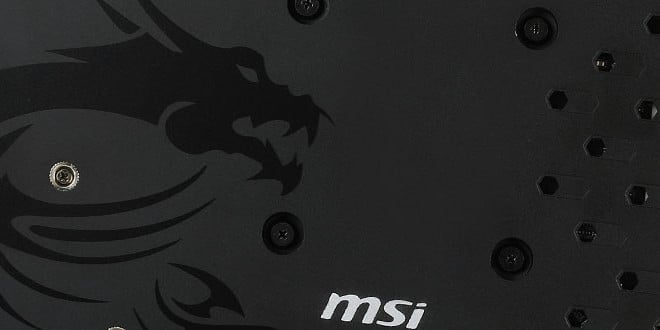 We will use the following applications to benchmark the performance of the MSI R9-290X Gaming video card. 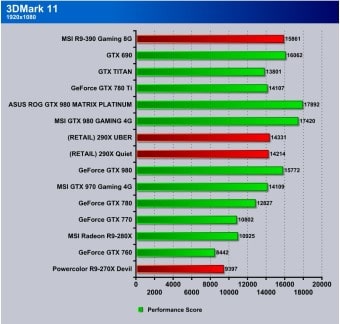 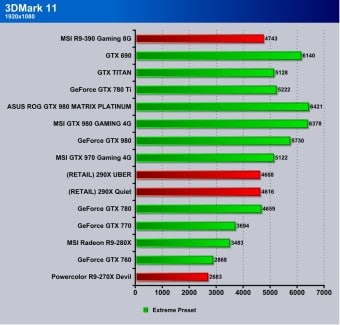 Here we see the 390 Gaming pulls some respective numbers even besting the previous gen 290X by a decent margin while being a bit behind the new Nvidia 900 Series cards, but at the price point it’s hardly a complaint. 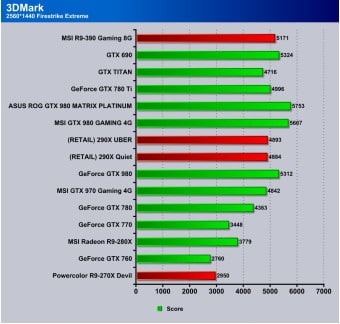 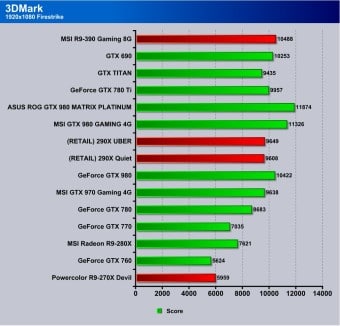 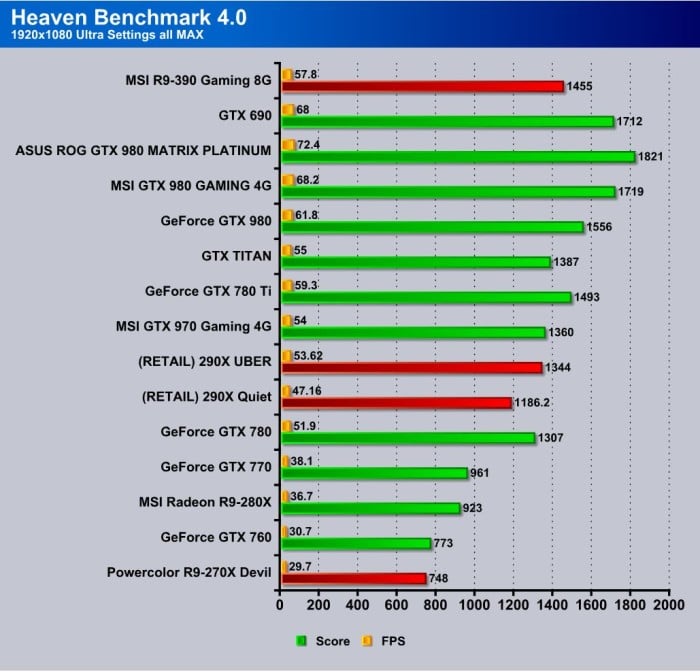 Heaven pushes the 390  past the 970 and even the original TITAN to deliver performance just shy of the 980 reference model. 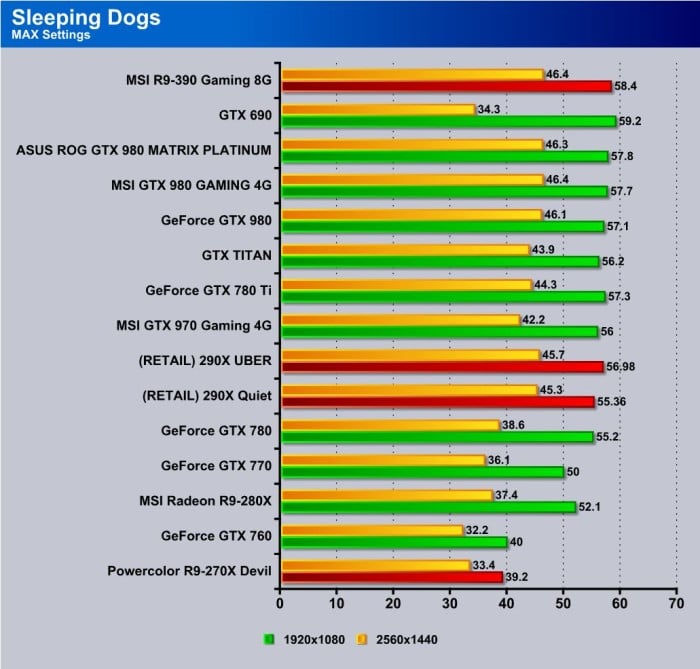 Sleeping Dogs is actually a game that is actively bundled by AMD and here with the 390 comes to life just about stomping everything in its path even being shoulder to shoulder with the 980 models. 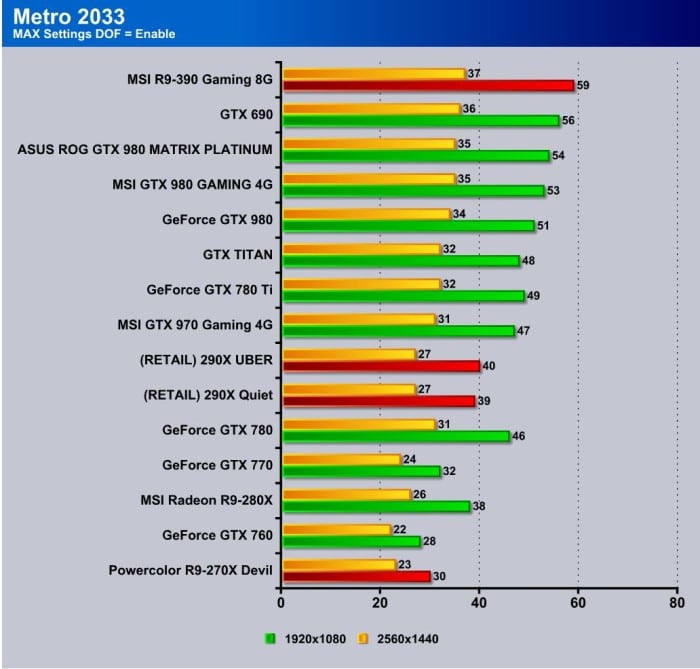 Even after many years, Metro 2033 is still one of the most demanding DX11 video games available to really push the limits of your system. Here the MSI 390 slides in for the top spot as this game seems to really pull some good performance from every AMD card we test it on. 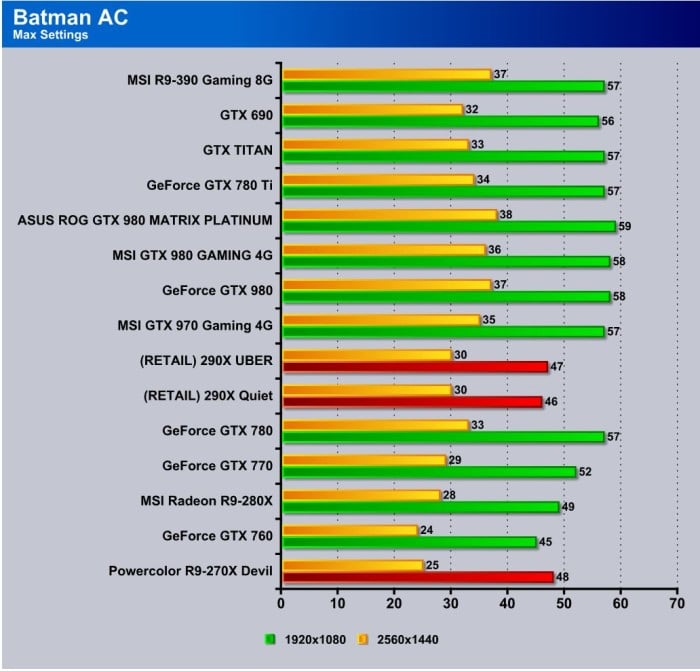 Batman Arkham City is a fun game and utilizes FXAA fully. It is nice to see the full screen anti-aliasing getting picked up by popular titles. Here being an Nvidia based title I was happy to see that the 390 pulls a good spot being bested only by the top Nvidia GPU the GTX 980 models. 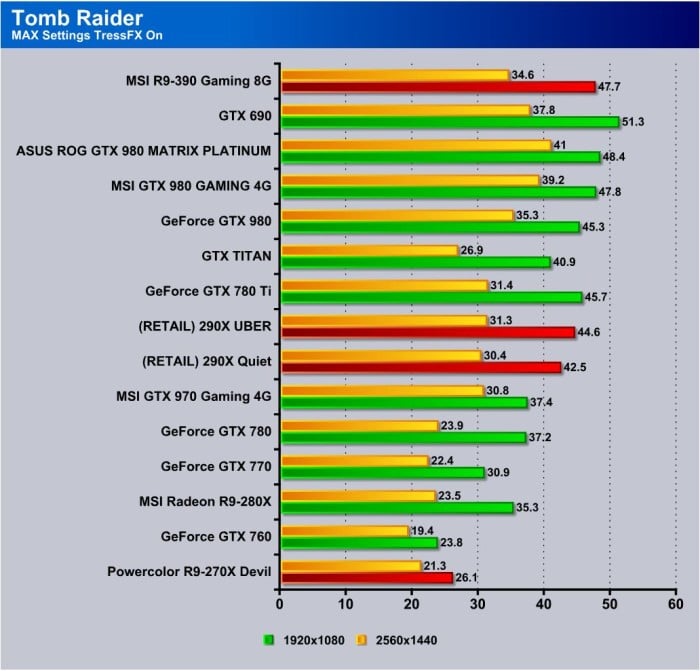 Tomb Raider once again is a heavily pushed title by AMD and so you can imagine my surprise when the 390 pulls in behind the 980 in this test but still not a bad position to be in when you look at the price. 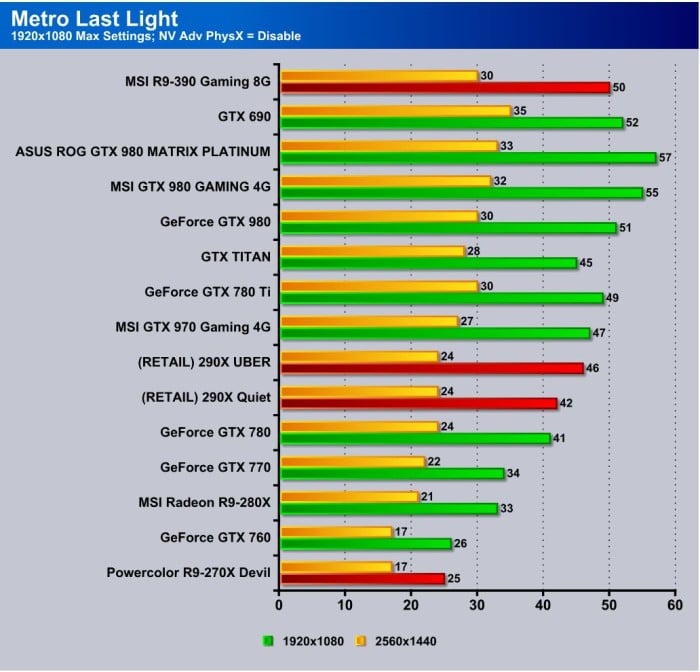 Here we have Metro Last Light which is a brand new game added to our testing platform. If you thought Metro 2033 was stressful you have seen nothing yet. The particles and lighting, as well as the PhysX effects all add up to an amazing looking game that can put a stun even the most powerful system in its tracks. Here the MSI 390 once again shows the ongoing trend as it settles in right on the heels of the 980 models. 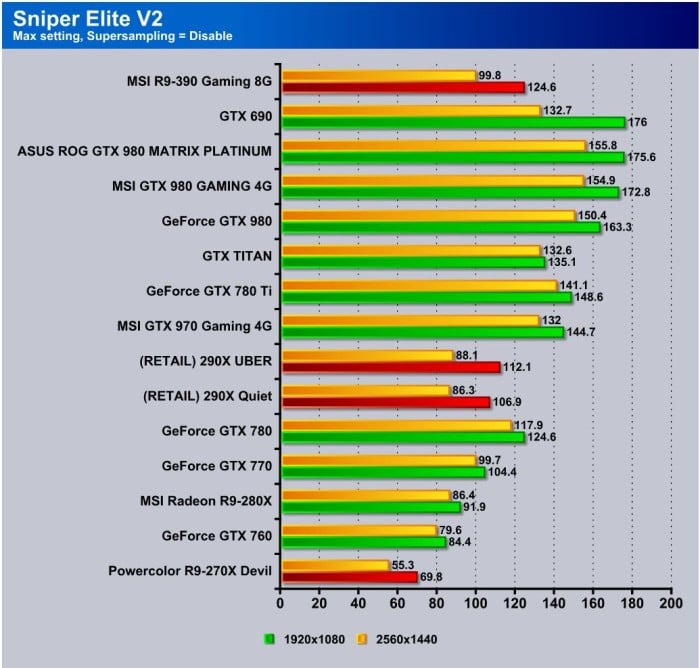 Sniper Elite V2 is a fun game which, when first released, was quite stressful but still playable on most higher end cards. By now, most cards have surpassed it, and today is no different however the 390 falls far behind the Nvidia parts as the game is not very well optimized for AMD cards as seen by the history in our testing. 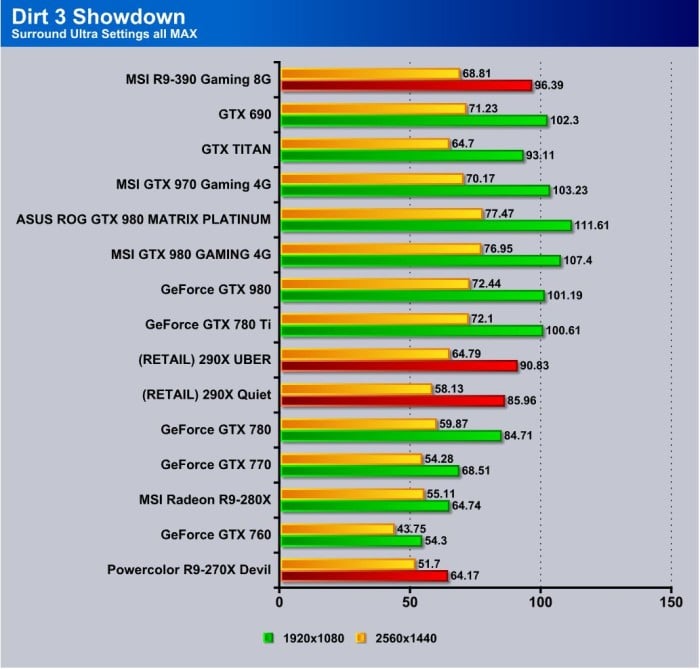 Dirt 3 Showdown is a visually beautiful game with excellent lighting and overall motion blurring creating a real visual spectacle of a game. The MSI 390 Pulls some nice results once again slotting in just behind the current gen Nvidia parts