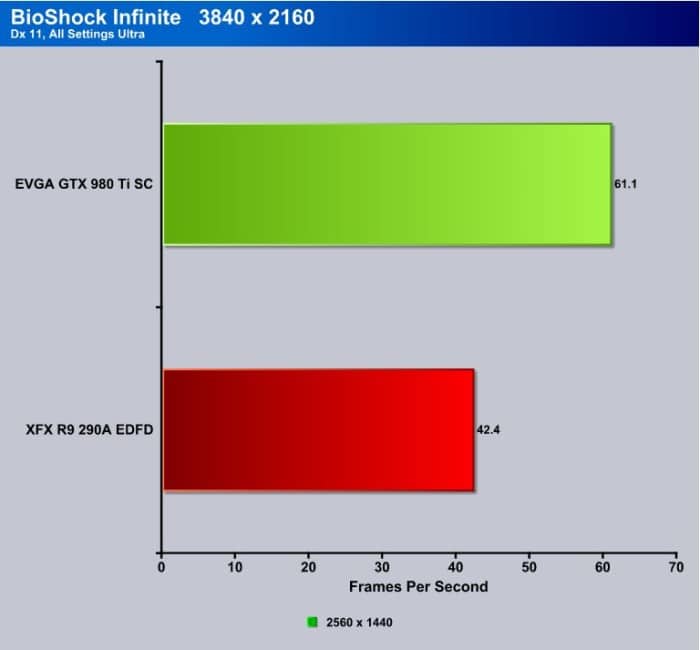 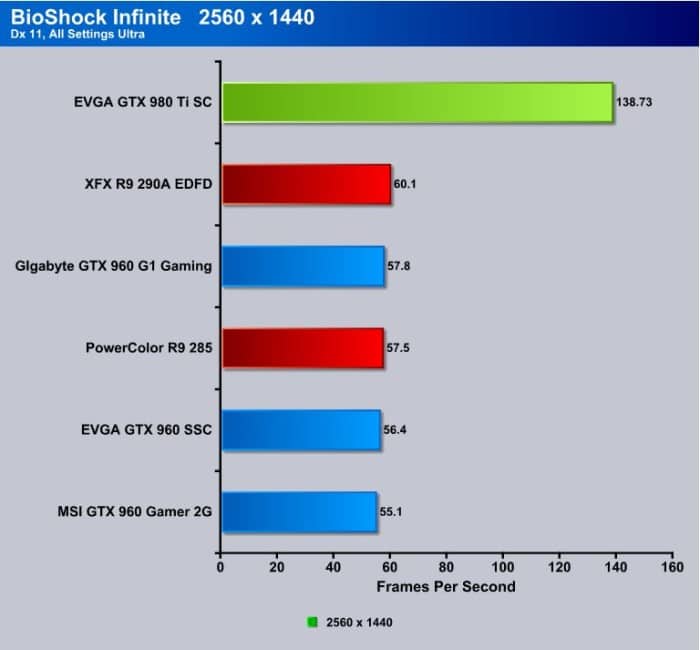 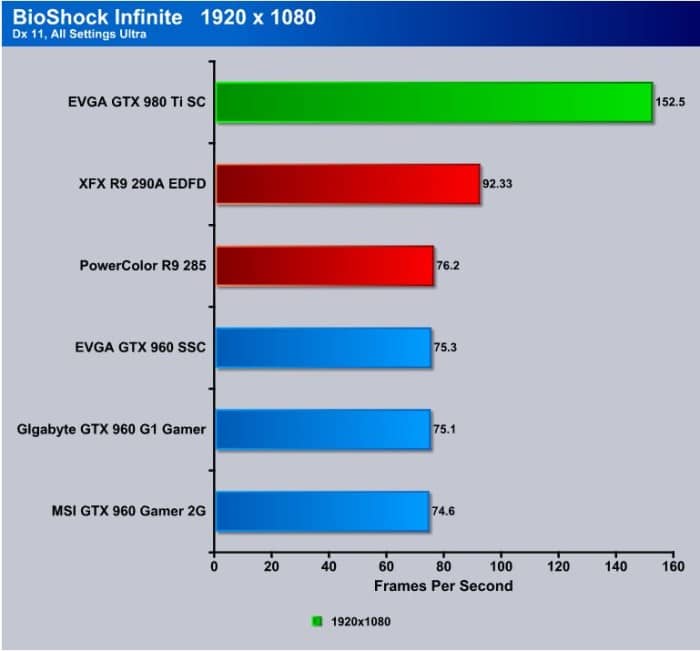 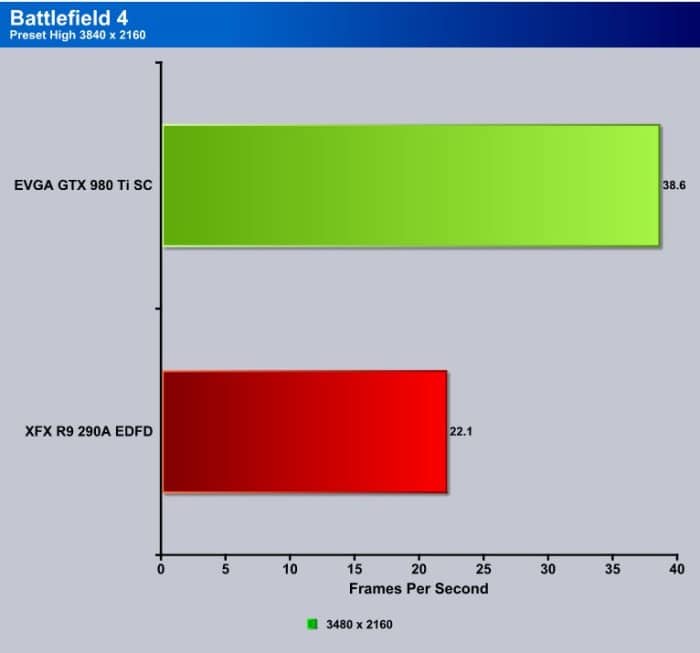 Battlefield 4 is a pretty demanding game at any resolution with high settings and at 4k Resolution the EVGA GTX 980 Ti SC ACX 2,0 pops 38.6 FPS. 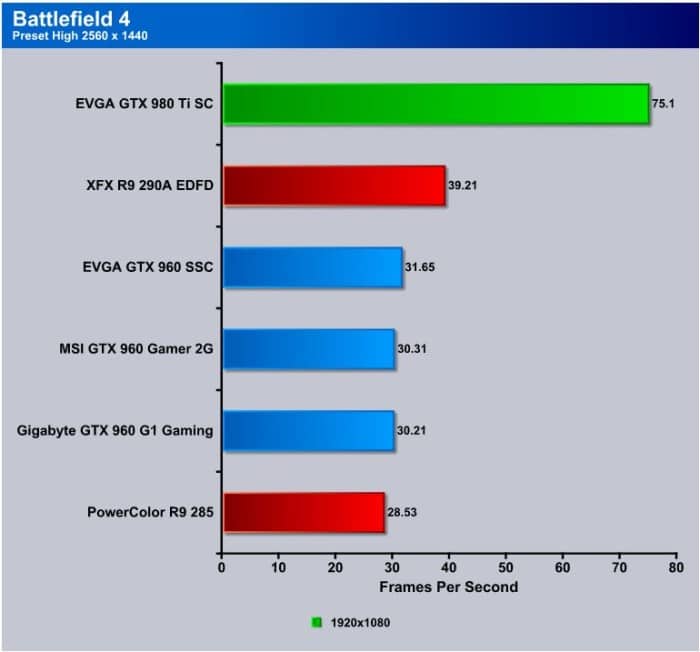 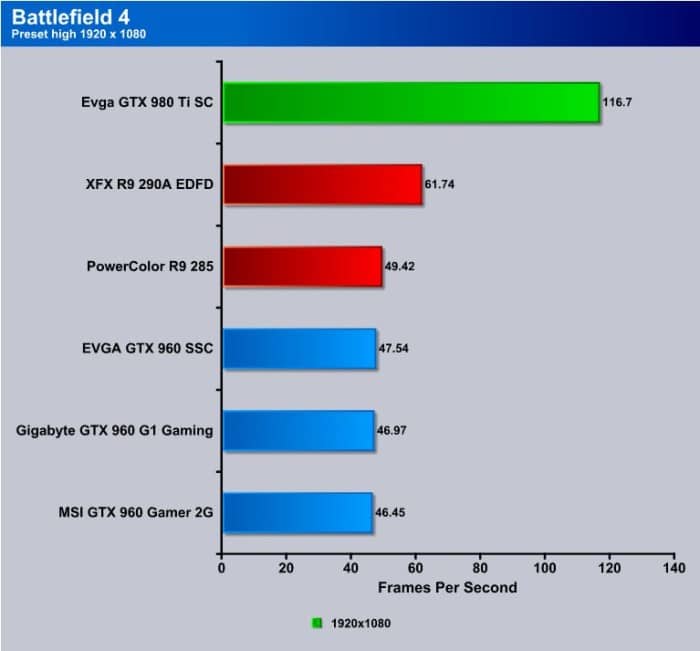 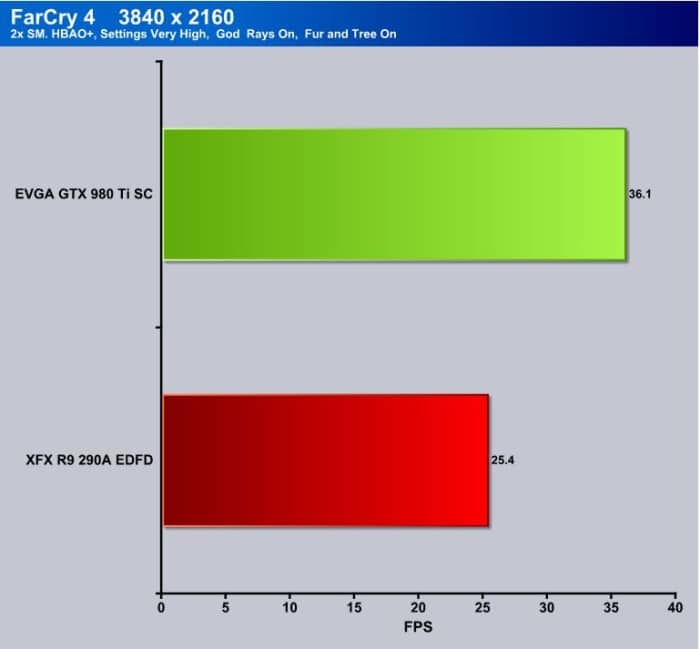 We already know Far Cry 4 is a GPU crusher and at 4k un-compromised settings the EVGA GTX 980 Ti SC ACX 2.0+ surprised us and hit 36.1 in this GPU killing game. 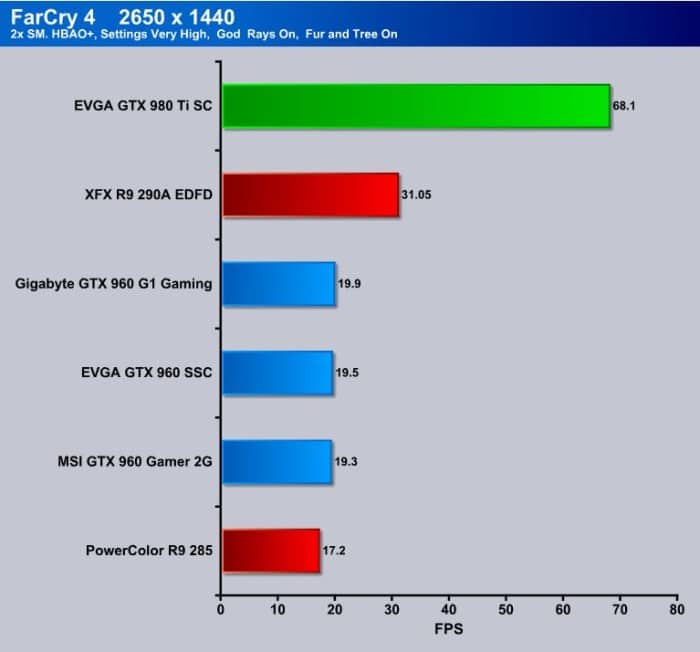 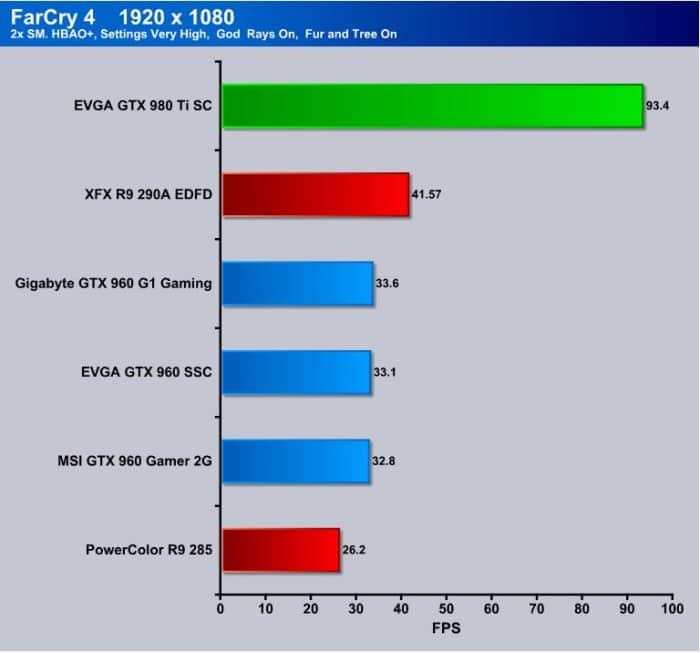 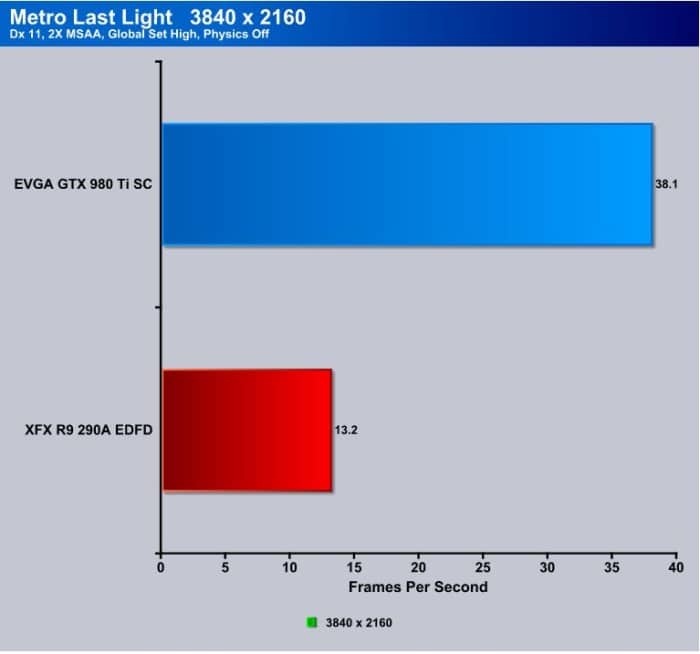 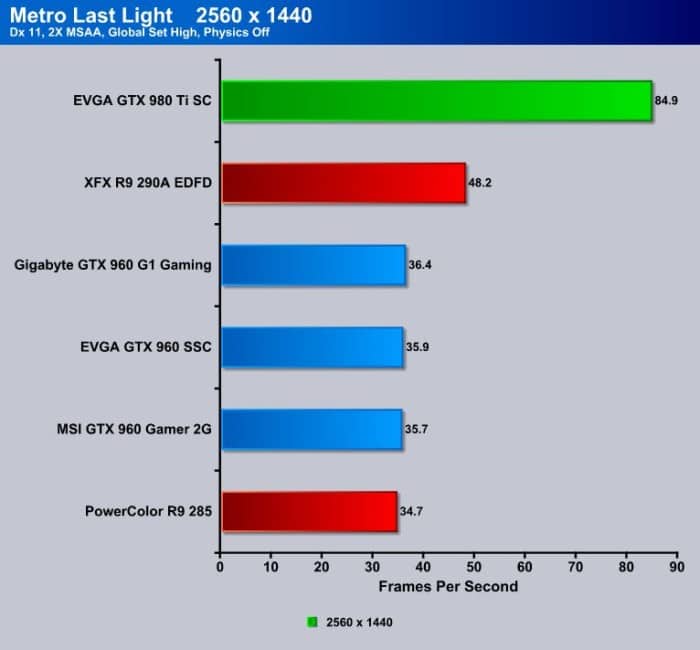 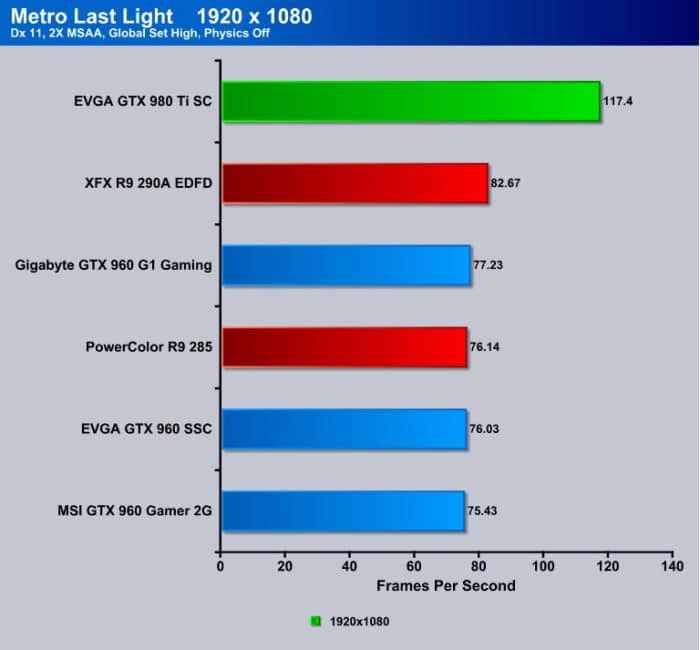