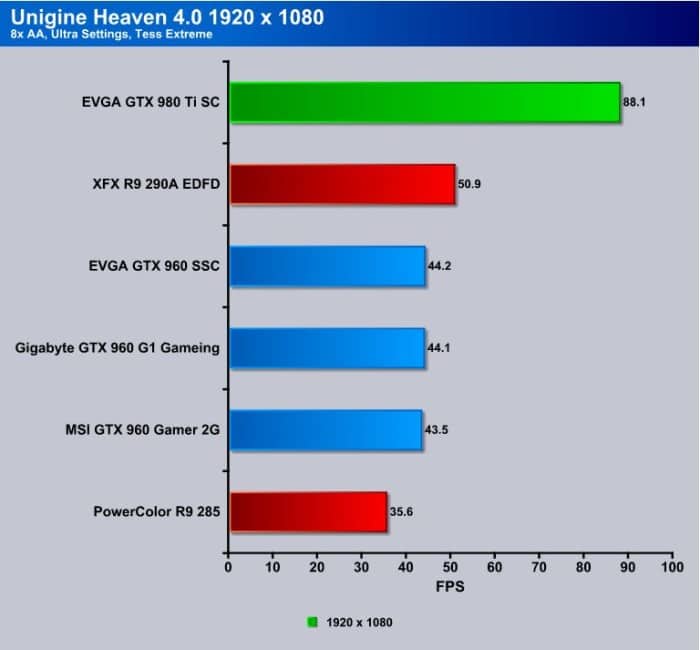 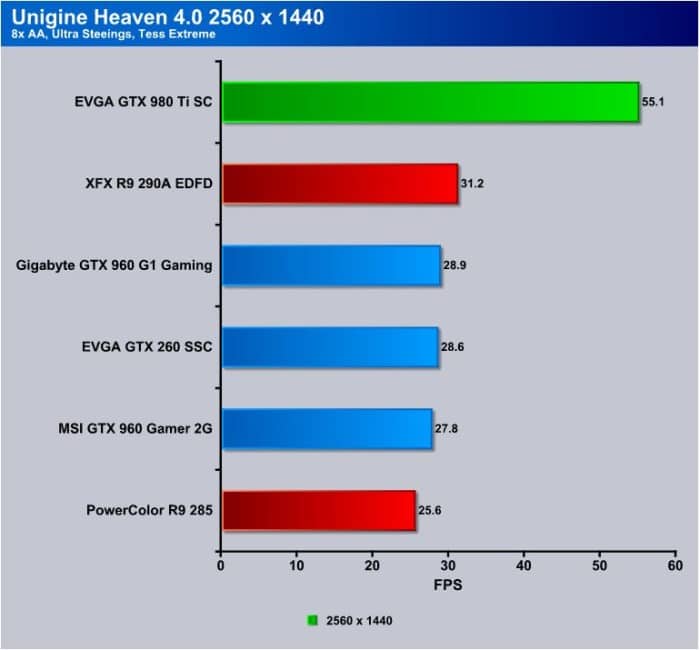 The mighty EVGA GTX 980 Ti stays on top the charts in a league of it’s own pushing out 55.1 FPS when the other cards are struggling to hold at 30 FPS. 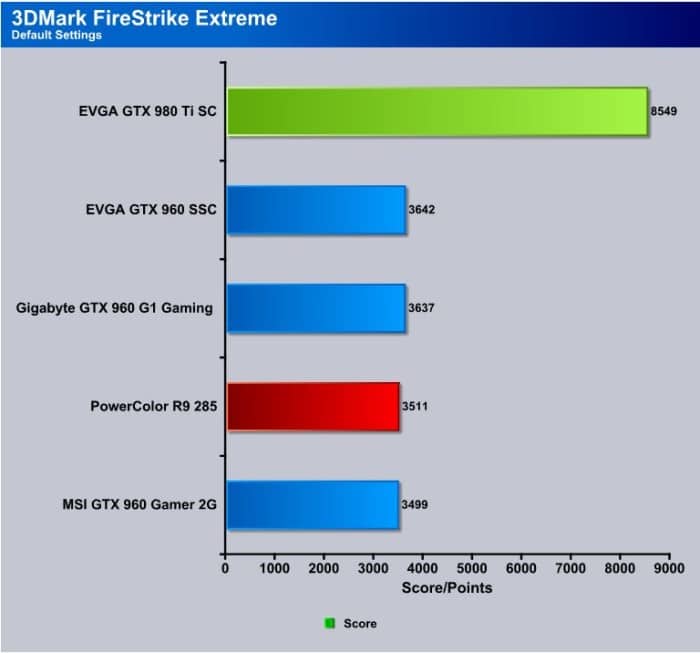 We spent hours going over 3DMark testing, and we test with Physics Off, we went back to the well and tested our GTX 960’s and they still fell in the 3500 – 3650 range while the EVGA GTX 980 Ti SC ACX 2.0 + blew past them all and hit a mind bending 8549. We retested it with Physics enabled and it made about 40 points difference (higher). 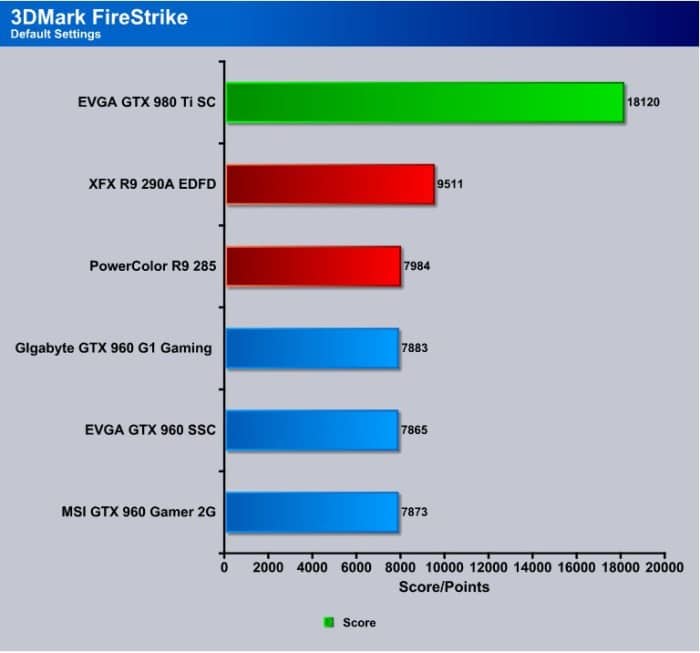 Notching it down one notch to 1080p (1920 x 1080) the EVGA GTX 980 Ti SC ACX 2.0+ was way overpowered for this test but it’s helpful for smaller GPU owners to help determine if it’s time to spend that upgrade money. We would break out the upgrade money now. Some say wait until the AMD R9 300 offering hit the streets, we would differ and choose the tried and tested Maxwell GPU right now. AMD’s R9 300 is going to be a brand new core and first new cores tend to have room for improvement. Say 6 months past the first R9 300’s we would consider them but let others debug the R9 300 while you enjoy proven DirectX 12 tried and trusted Maxwell. 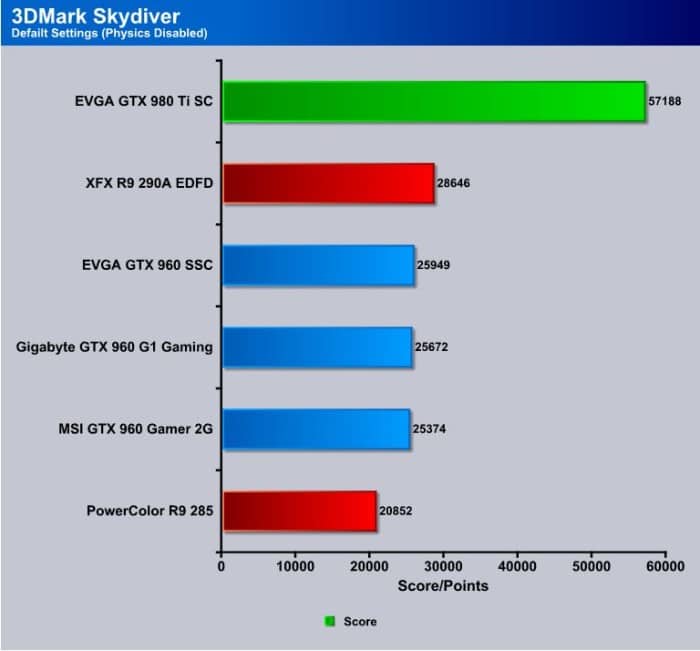 3DMark SkyDiver isn’t really designed for a high powered rig like Hexzilla or the EVGA GTX 980 Ti but we have legacy data on the benchmark so here it is for informational purposes. The Massive Monument of EVGA GTX 980 TI SC ACX 2.0+ pushed out a whopping 57188 while the other cards were lucky to run half that.

No Special settings were used in 3DMark with the exception that Physics were turned off.