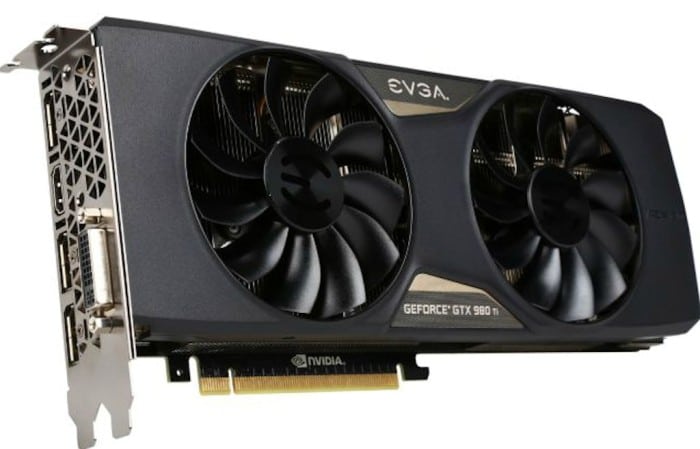 What does all that add up to? The EVGA GTX 980Ti is a lot closer to the power of the Titan X than the GTX 980 is. Now don’t get us wrong, the GTX 980 is one powerful card and we wouldn’t kick 3 of them out of our test bed by any means but a single EVGA GTX 980Ti is enough to game at 4k resolution with the Titan X and everything else we’ve seen struggles with 4k gaming. Given the choice of GTX 980 SLI or the EVGA GTX 980 Ti SC ACX 2.0+ we’d pick the EVGA GTX 980 Ti SC ACX 2.0+ hands down. The Scaling in SLI might pick up with Windows 10 and DirectX 12 but scaling still won’t be 100% so we prefer single powerful GPU’s but don’t have anything against running a secondary GPU for Physx..

With DirectX 12 coming out in full force later this year (Late July with Windows 10) DirectX 12 promises to be a game changer for PC enthusiasts. Right now the only way to take advantage of that game changing is an Nvidia 900 series GPU. AMD will shortly release its new R9 300 lineup rumored to have HBM GDDR5 and it’s an exciting time in the GPU arena, so exciting it sends this Geek into trembling frenzies thinking about the possibilities.

With the Nvidia Titan X out there Nvidia didn’t have a lot of ways to go to flesh out the market positioning. Nvidia did manage to fool us on one point so far, we thought the next card out would be a filler between the GTX 960 and the GTX 970, possibly a GTX 965 with 3 GB of GDDR5 and a 192-Bit Bus with a little more omph in the Transistor and Shaders departments. But nooooooo they had to bring out the puny GTX 980 Ti with tasty models like the EVGA GTX 980 Ti SC which looks much more like a Titan X than it does a GTX 980.

Of course a little surgical precision was required to pull off the EVGA GTX 980 Ti SC so let’s look at what got chopped. 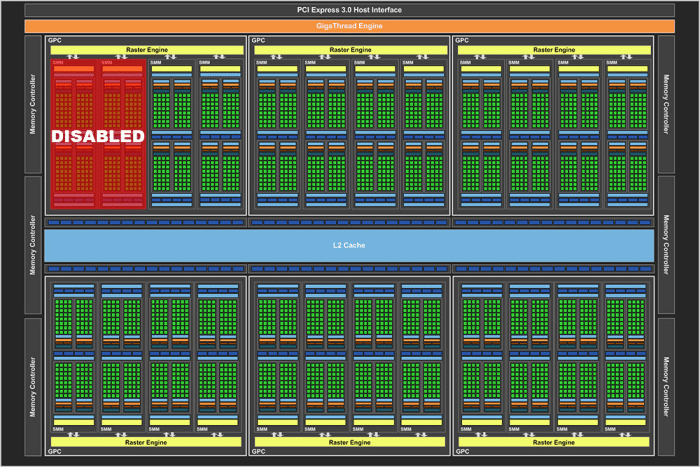 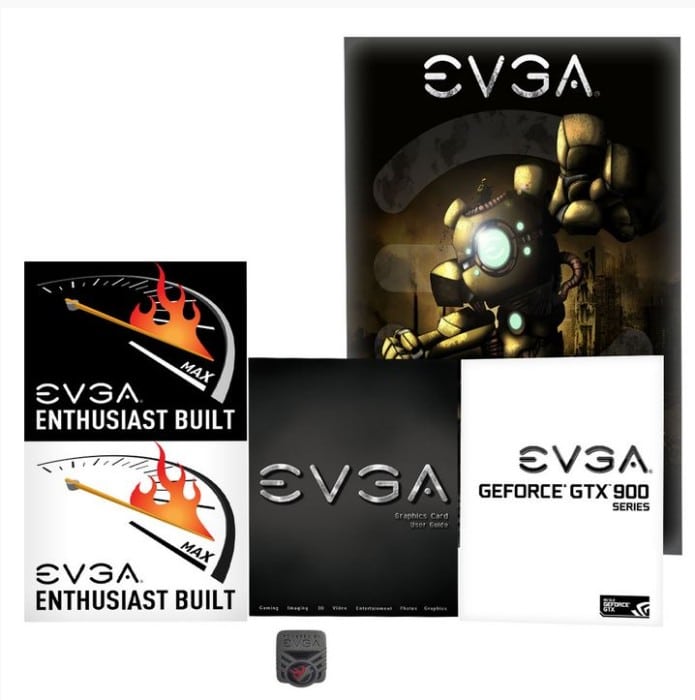 The bundle on the EVGA GTX 980 Ti SuperClocked ACX 2.0+ is a bit slim for a GPU of this magnitude. You get a couple of manuals, some snazzy case manuals, a Video Adapter and a couple of power adapters. One of the power adapters is a two Molex to 6 Pin PCI-E and the other is a two 6 pin to singe 8 pin PCI-E. There’s also a Get Ready For Pwnage poster (not pictured). Noticeably absent is a SLI bridge and a GPU at this cost should have a SLI Adaptor and an offer for a Triple SLI Adapter should you go insane and believe that you need three of these frame busting monsters. We have some SLI Adapters around the Lab and understand that most end users have no need for an SLI Adapter but at least include a Website Code for each GPU and if you have two (any Model) you get a SLI adapter free. There’s also a case badge on the top right of the box that is likely the best Metal case badge we’ve seen to date. 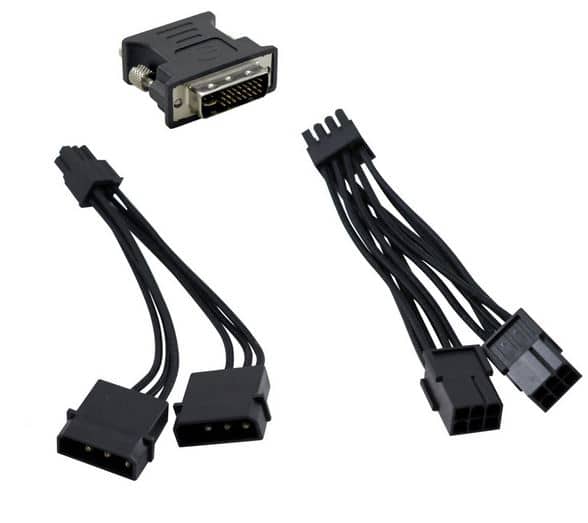