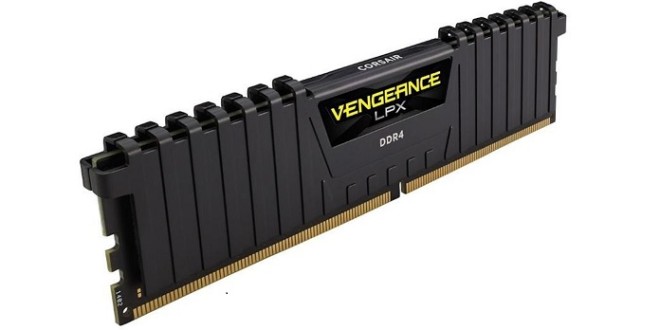 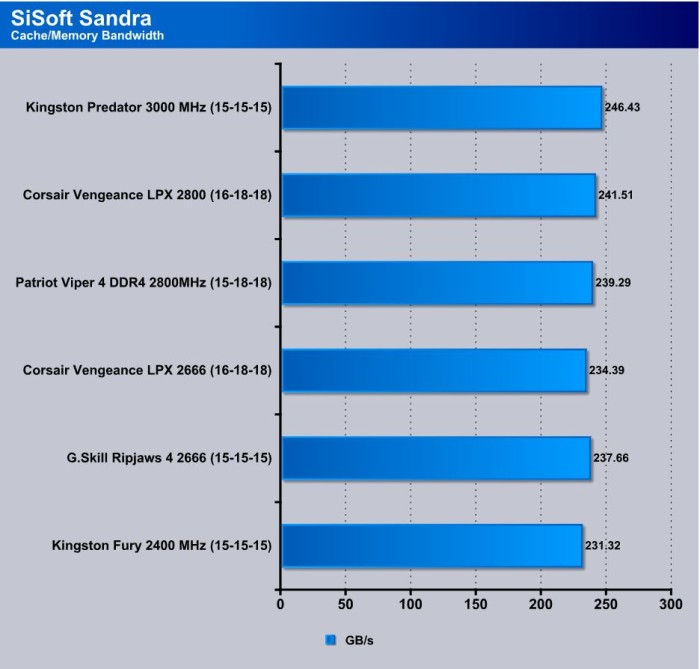 Here in Sisoft Sandra for the first time we see the Vengeance kit (at 2666 MHz) above the Ripjaws so it seems Sandra is favoring Vengeance kit a little. We retested 3 additional times but the result in the Cache/memory bandwidth test stayed the same. 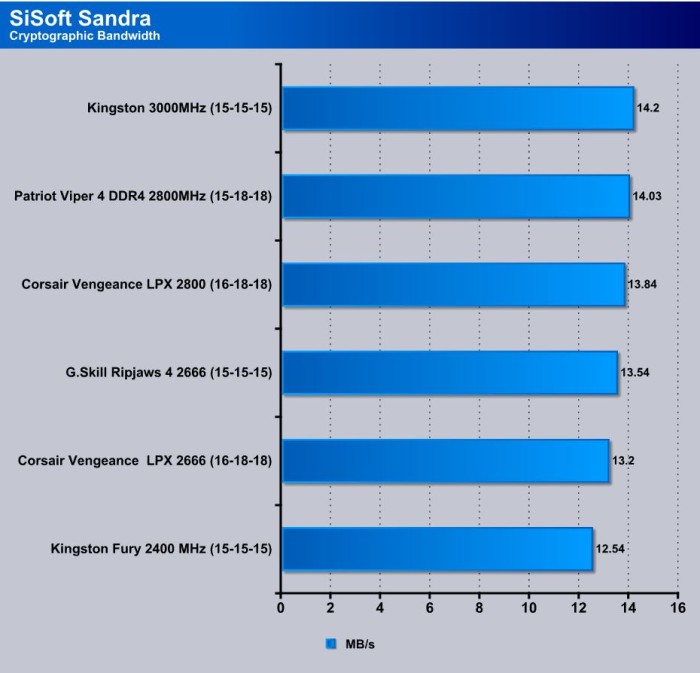 The Cryptographic Bandwidth test shows the Corsair Vengeance kit in its normal spot at 2666 MHz and just ahead of the Kingston kit. When we pumped the Vengeance kit up to 2800 MHz it dropped one spot and came in behind the Patriot kit by 0.19 MB/s. 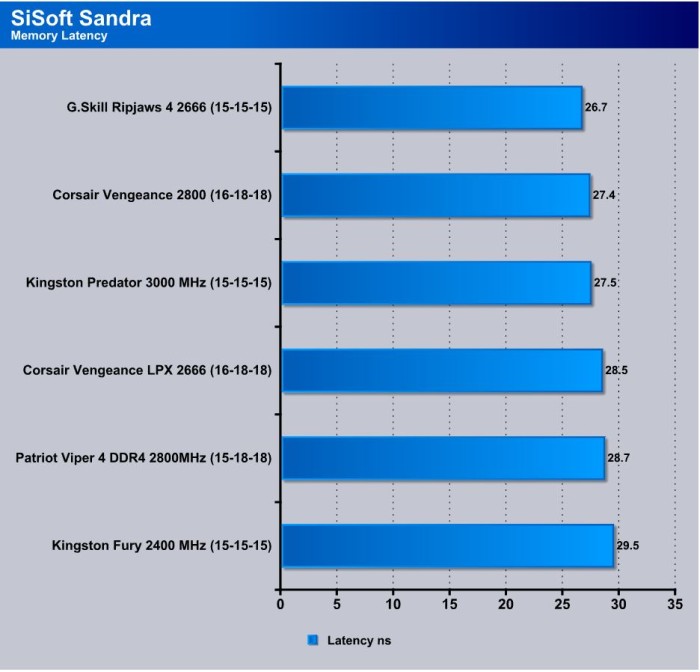 In the Memory Latency test the Vengeance kit takes it’s spot above the Kingston Fury Kit and Sandra’s Latency test stirred up the kits traditional spots and the Corsair kit also popped ahead of the Patriot Viper kit. The Kingston 3 GHz kit gave up first place to the Ripjaws 4 and the Vengeance kit came in behind the Ripjaws but held its ongoing second place at 2800 MHz. 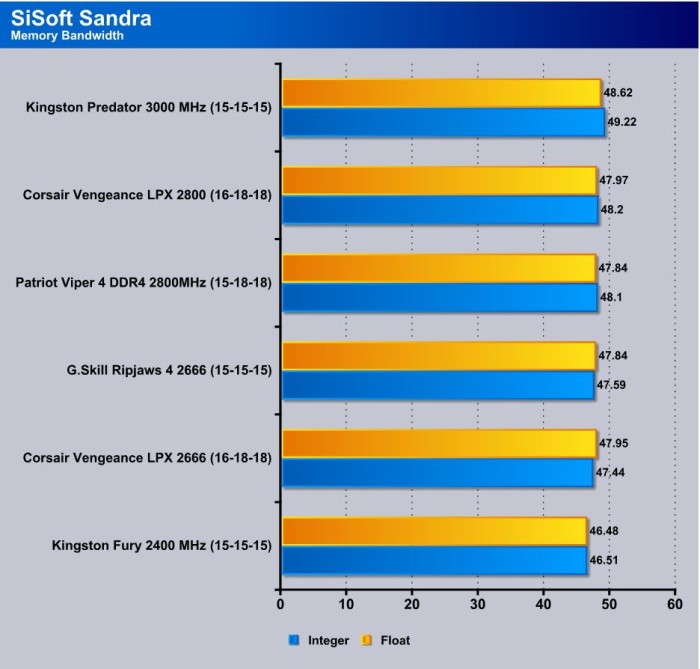 Things were so neck and neck in the Sandra Memory Bandwidth test that no more than 2 MB/s variance between the bottom kit on the chart and the top kit on the chart, if you scored it like a horse race it’d be a photo finish

The Secondary XMP for 2800 MHz on the Corsair Vengeance LPX 2666 MHz kit makes it an exceptional value when compared to a native 2800 MHz Vengeance LPX kit.