Below is a chart comparing all of the 850 EVO drives with various interface. Regardless if you choose SATA, M.2, or mSATA, you would notice that the performance for a given storage capacity stayed relatively consistent. There are some minor differences but overall, you should expect the same performance regardless which interface you choose.

The first thing you will notice is that while the all drives come in 120GB, 256GB, and 500GB storage capacity, the 1TB is only available in SATA and mSATA interface. The choice of the controller remains the same where the 120GB, 250GB, and the 500GB use the dual-core MGX controller while the 1TB uses triple-core MEX controller. We do not believe that the MGX and MEX supports MVMe so the M.2 drive communicate through ACHI mode as oppose to the MVMe, which should help with the drive’s compatibility. We expect Samsung’s next generation of consumer SSD controller to offer native support for MVMe since the feature is already available for Samsung’s enterprise SSD, the XS1715. 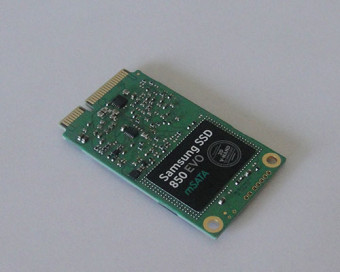 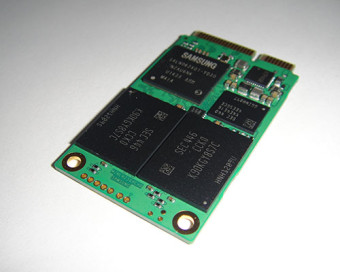 One difference between the SATA and the mSATA/M.2 drives is the amount and the type of DRAM cache. Samsung has doubled the cache on the 120GB drive with the mSATA and M.2 interface drives where they now comes with 512 MB of LPDDR3 as oppose to 256MB LPDDR2 on the SATA drive. The additional cache seem to help with the drive’s random read performance under high queue depth. In addition, while the SATA drives all use LPDDR2, Samsung has switched to LPDDR3 on the mSATA and the M.2 drives except the 1TB mSATA drive that which remains to be LPDDR2. 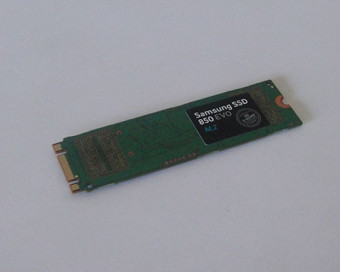 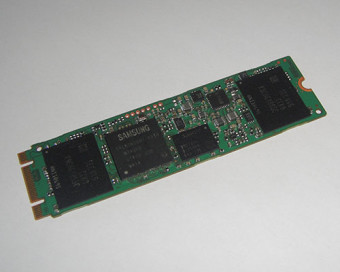 Random write stayed largely the same regardless of the type of the interface. The 120GB M.2 drive has a slightly higher rating of 89K IOPS (vs 88K IOPS for the SATA and mSATA) with queue depth of 32, but the non-Turbo write is a bit lower at 37K (vs 38K) IOPS. The larger capacity drives again shows about 1K IOPS difference at 32 queue depth but at queue depth of 1, they are all rated the same at 40K IOPS.

The sequential read performance stayed the same but the non-Turbo sequential write has been improved for the M.2 and the mSATA drives. We can see the mSATA and M.2 drive shows 11% improvement for the 250GB SATA drive and 19% improvement for the 500GB/1TB SATA drive. Interestingly, the Turbo sequential write for the M.2 is a 20MB/s slower than the SATA and the mSATA drives. Since the TurboWrite region for the drive remains the same (3GB for 120GB and 250GB, 6Gb for the 500GB, and 12GB for the 1TB), the performance improvement is probably due to the refined algorithm within the latest firmware.

Because of the improved endurance from the 3D V-NAND, all drives are backed with 5 year warranty. The 120GB and 250GB drives are rated with 40GB per day write for a total of 75 TB of write while the 500 GB and 1TB drives doubles that amount. This puts Samsung 850 EVO in a very unique position as most affordable SSDs are rated with less write per day and carry 3 yeas warranty.

You can see that the pricing of the drives are rather competitive. In fact, Samsung has lowered the MSRP for the mSATA and the M.2 drive where we can see the 120GB and the 250GB mSATA/M.2 drive are $20 cheaper and retailed at 79.99 and 129.99, respectively. Larger capacity drives shows even greater saving with the 500GB is retailed at 229.99 and the 1TB is retailed at 449.99, or $40 and $50 cheaper respectively to the SATA counterparts.