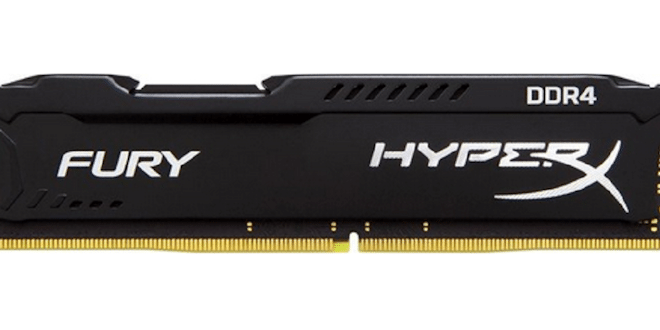 It’s hard to beat the smile a high density kit of ram will give you laid out in front of your camera, no finger prints no dust molesting the clean shiny surface quietly snapping photos while filled with the anticipation of getting your benchmark on.  The low profile heat sink matches our needs perfectly insuring that no matter what cooler setup we test the coolers won’t have a problem with the rams height.

The back side of the Kingston HyperX Fury DDR4 32GB 2400MHz is just plain jet black on our kit. Might save a dollar or two but with a name like Fury the possibilities for this blank landscape are endless. So endless we thought we’d composite an example for their consideration.

Now wouldn’t you pay a dollar more for a mural on this gorgeous Ram? How much would you pay for customized ram with your name on it or some  graphic of your choice. yea that would be sweet wouldn’t it.

Memory testing can be a bit touchy at times. I test at stock advertised maximum speed. The vast majority of people are going to use stock speeds set by the XMP profile. The conundrum of the 2011v3 is CPU speed, the three available top-tier CPU’s are K series unlocked multiplier and highly overclockable with a simple Multiplier increase and a little added voltage. So where are we going to gain more down clocking the CPU and overclocking the ram, or overclocking CPU and leaving the ram at stock speed. In most cases CPU overclock and stock ram speeds gives the best yield for most end users. So I overclock and provide those numbers but test at stock speeds. (Update. Due to a busted CPU the overclocking number will be added after the review goes live. I had the memory run at 2600 MHz when the CPU broke and am waiting for a replacement).