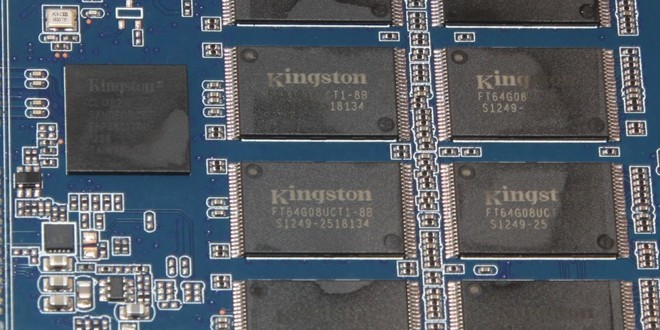 The Kingston V300 SSD has  been a product with decent performance for a low price. Lately there have been rumblings and mumblings on tech forums that something is up since some users have had really bad performance. It turns out they were right and that the reason is that Kingston has secretly changed the NAND and selected a much inferior NAND chip while keeping the model number and the price.

In earlier versions of the V300, including those that were sent to review sites, the Kingston V300 used a Toshiba 19nm Toggle-Mode 2.0 NAND. This NAND has theoretical speeds up to 200 MB/s.  at some point they now have switched to Micron’s 20nm asynchronous NAND which is only expected to get performance to about 50 MB/s, a big difference.

Anandtech did some tests with AS-SSD:

As we can see the difference is pretty major. Kingston has confirmed to Anandtech that they switched NAND-provider claiming the reasons as “strategy decision made in order to stay within the bill of materials” which to us sounds like “Toshiba wanted more money so we switched to keep the price the same” (our interpretation). Companies changed suppliers all the time so that is not an issue. The issue is changing supplier and getting a much inferior product while still keep the same model number as well as price and thus to some extend fooling people who read/hear good stuff about the “old” version. In fact our own review about a year ago praised the V300 for the performance considering its low cost but it is hard to recommend the new version considering the lackluster speed even as the price has plummeted.

Kingston has responded with a PDF showing off their own benchmarking. Of course they do not like AS-SSD as a benchmark (although to their credit they do include scores and show the same decrease in performance) but try to pick out other benchmarks to show it is not that bad. However even with their own selected benchmarks we see up towards 15-40% decrease in performance in for example PC Mark Vantage and PC Mark 8 Storage.