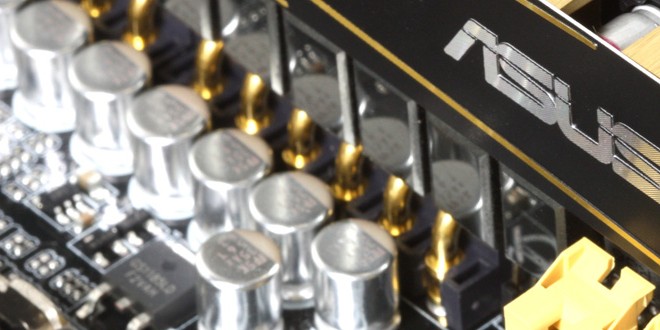 The auto overclocking for the ASUS board even in the mainstream was very well tuned as it achieved stable clocks very quickly and easily, but we all know that were not here for the simple clocks so quickly I jumped into the advance to give it a run.

Similar to what I found on the other mainstream Z87 ASUS boards is that the BIOS works very similar minus some of the subzero tweaks to the higher end series and achieving the 4.6GHz that I test at was virtually effortless. Within a minute or so I have 4.6GHz easily stable then a few minutes finding minimal voltage to run and it was off to the races although I bet there is alot more in the chip I dont want to push it too far as 4.6GHz is already well past the area of diminishing returns for any real world usage. 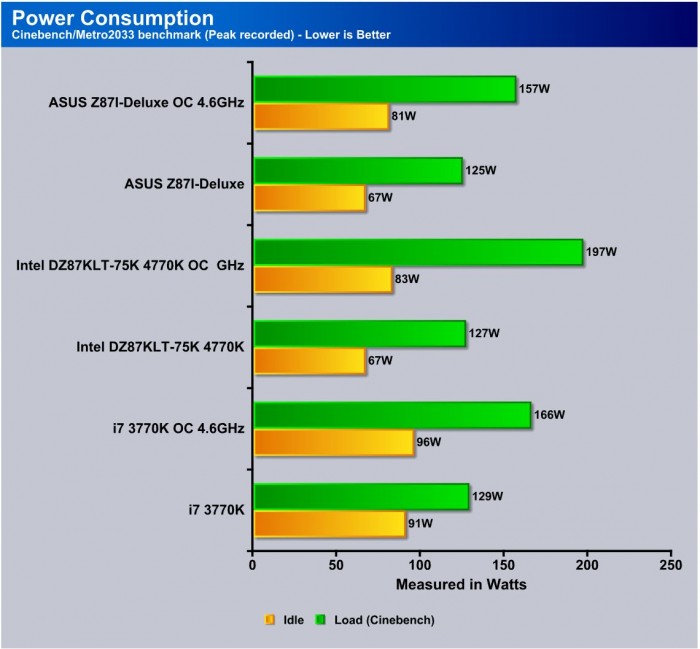 The power consumption is measured without a GPU installed but the iGPU loaded to see what the best representation of peak power consumption you can expect. The ITX ASUS board even though it has more features than the Intel ATX board it pulls very close to and even less in some cases than the reference setup which means not only do you get great performance but some nice power savings as well. 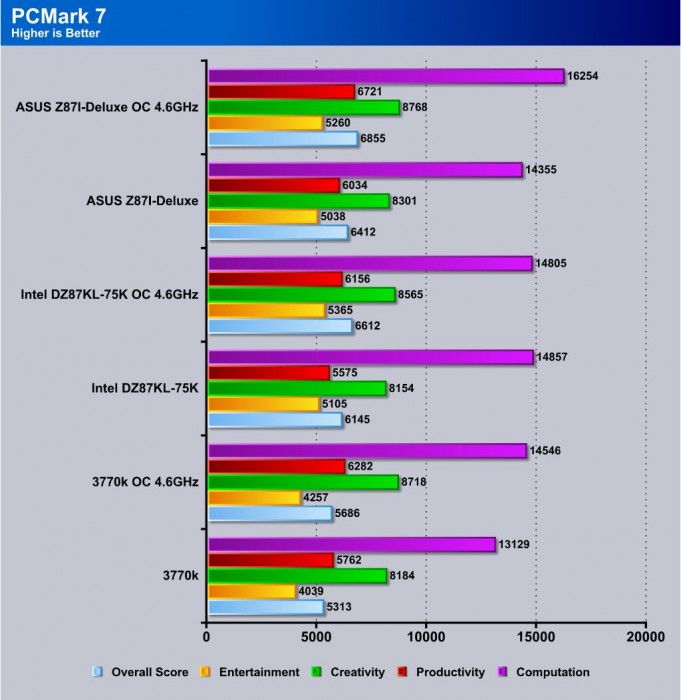 In PCMark you can see that the efficiency we have seen all along from the ASUS boards carries through here as well with the super Small ITX board. 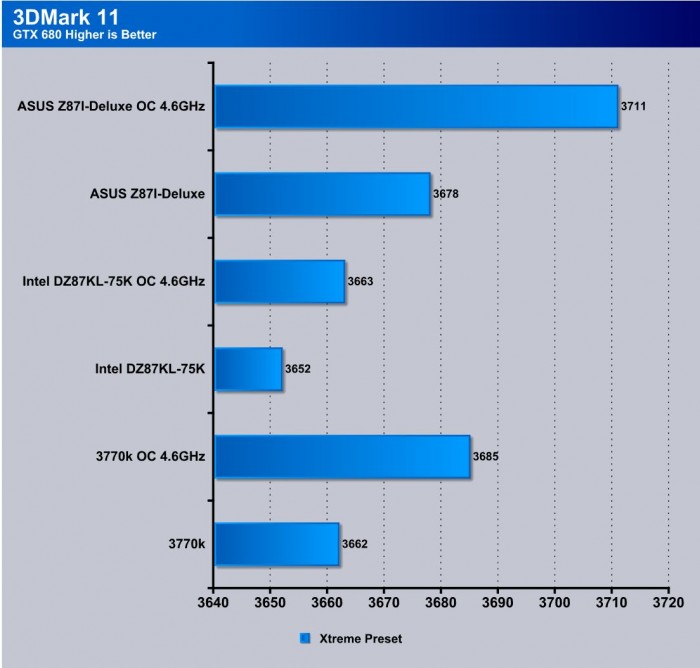 Here you can see that the Z87I-Deluxe puts a overall hurt on the previous gen along with even current Intel as well as it simply does extremely well under the gaming simulated load of 3DMark. 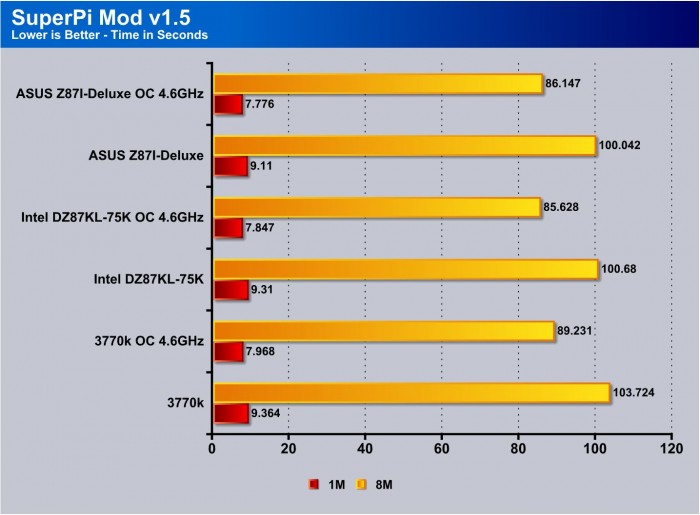 The ITX board shows quite nice efficiency tuning here in SuperPi and it does quite well keeping pace and even surpassing the Intel reference board in some tests. 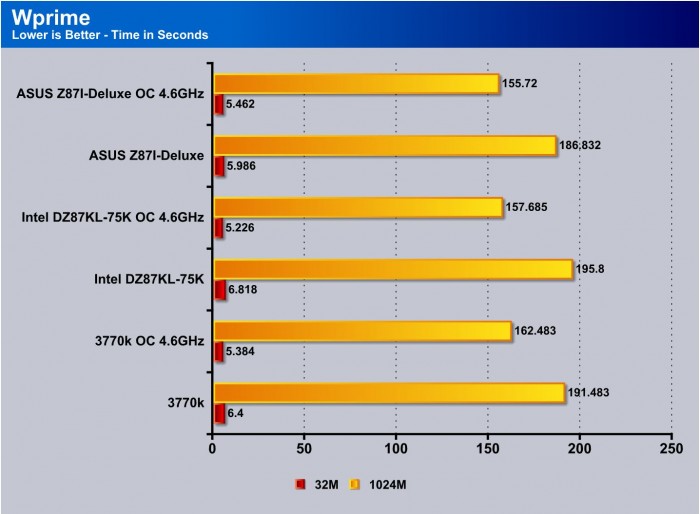 WPrime is similar to Superpi, but is multi core aware and you can set the core count. We used 8 cores to take advantage of the 4770K’s HyperThreading ability. Here the ASUS board once again impresses with a very powerful run ripping off some seriously good numbers. These numbers come close to the top end OC based boards. 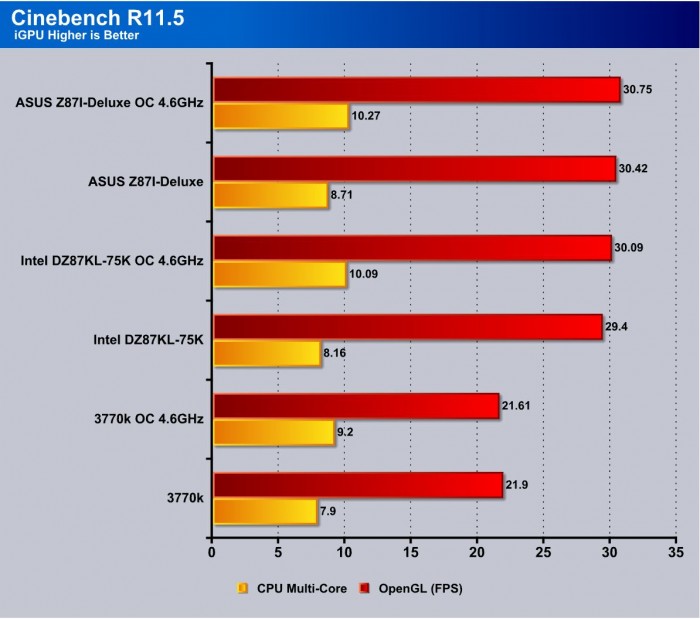 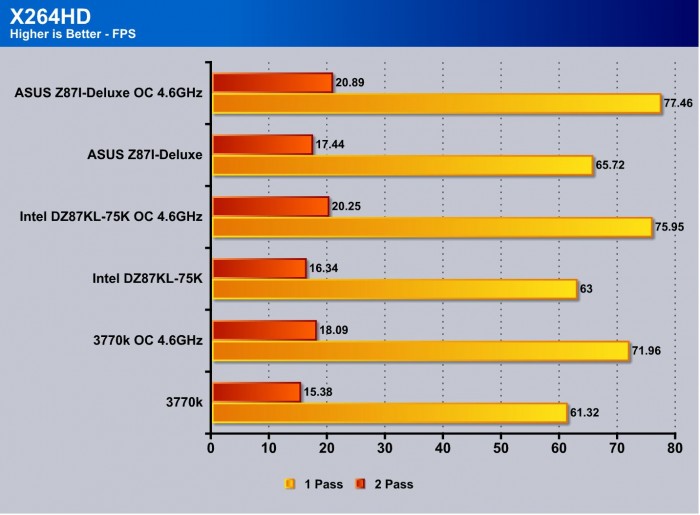 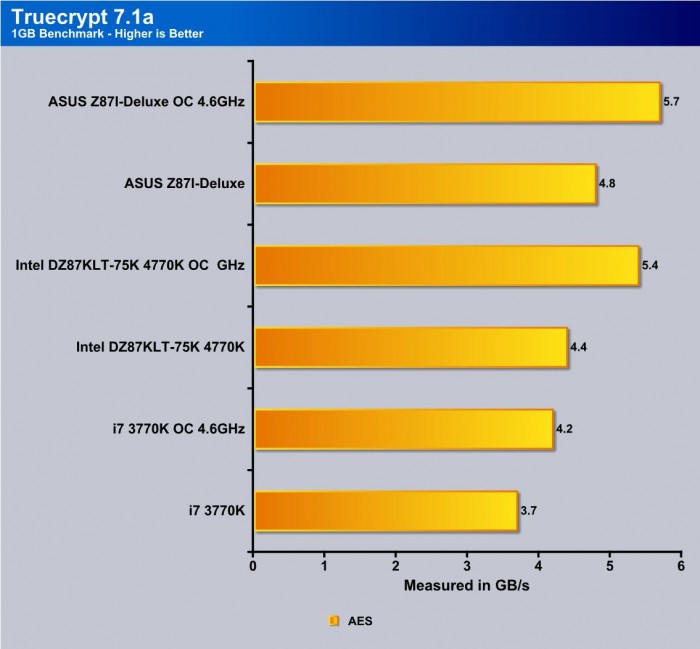 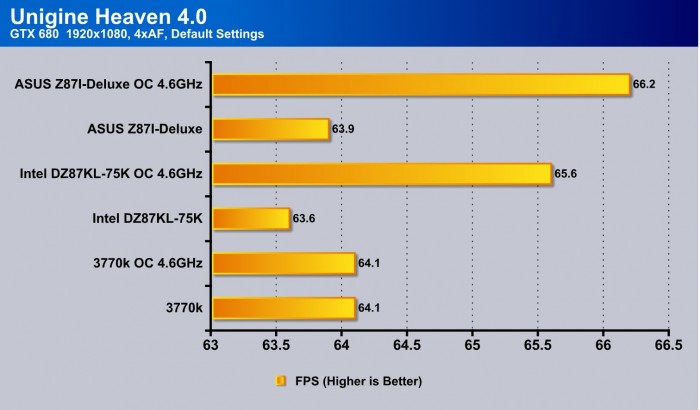 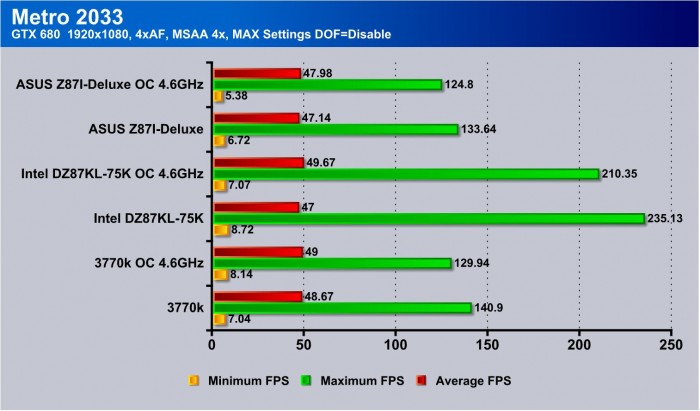 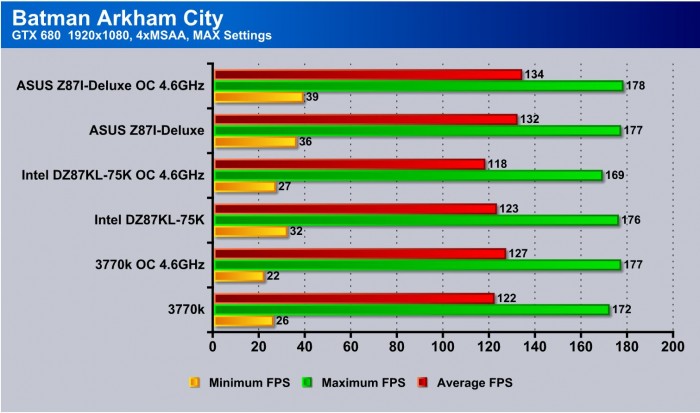 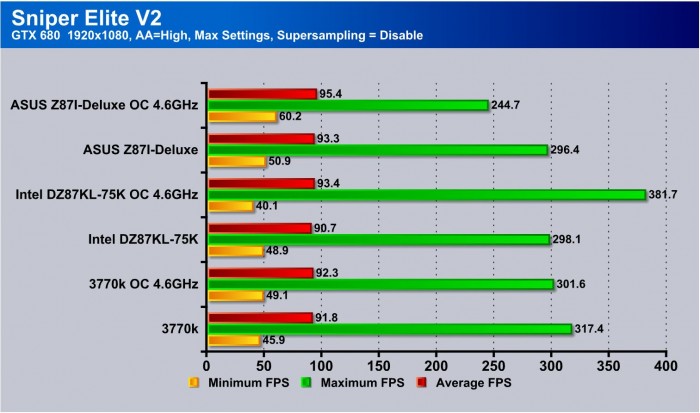 The overall trend here is the same as for the other discrete GPU results, though the addition of the ASUS board gives us a small bump in performance.

The Z87I-Deluxe shows a great performance and feature mix with a decent price as well, it deserves definite consideration for any mini build

The Z87I-Deluxe shows a great performance and feature mix with a decent price as well, it deserves definite consideration for any mini build