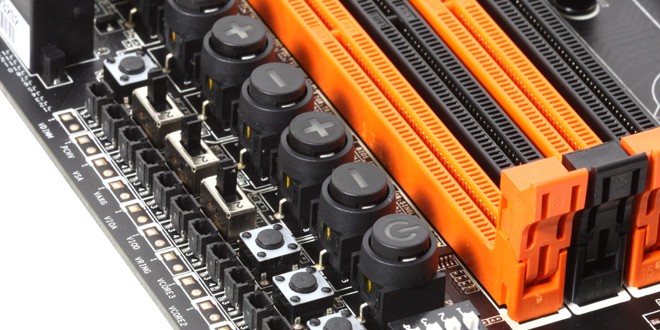 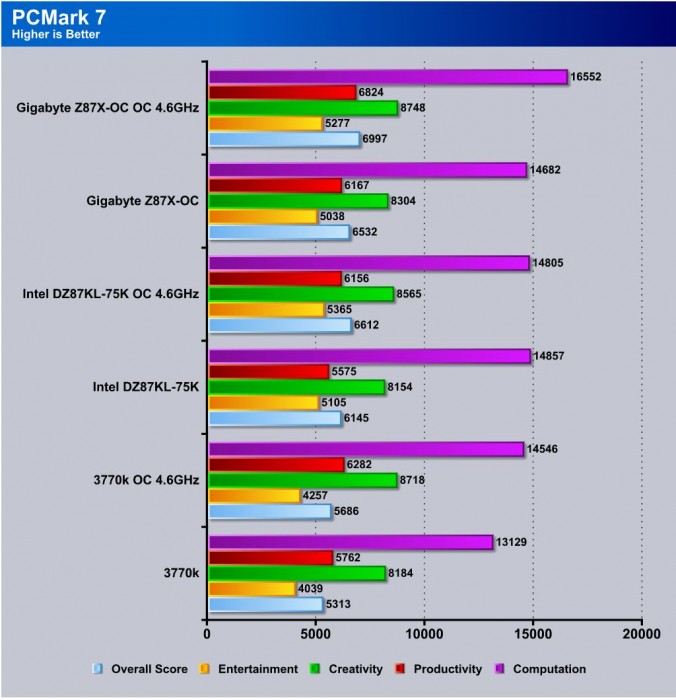 First up is PCMark and to my surprise this boards efficiency is actually very good, it knocked out some of the highest numbers I have seen to date for the overall PCMark score. 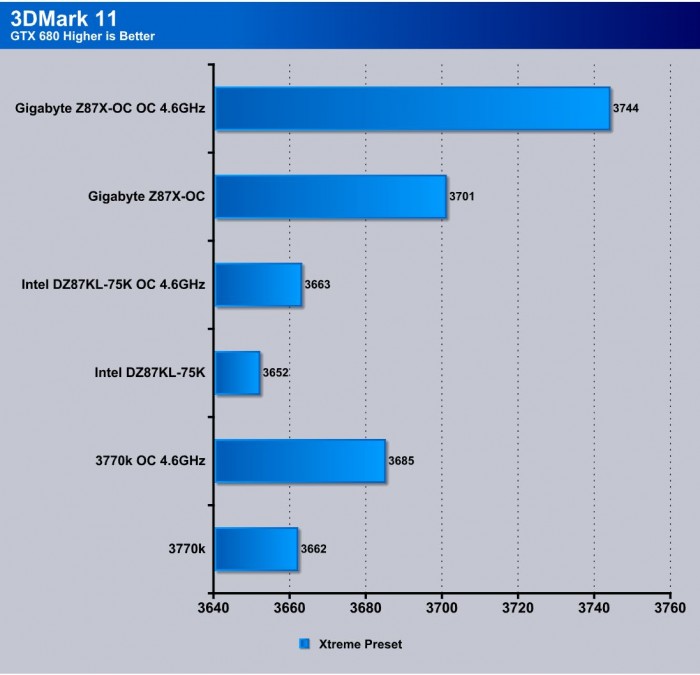 Here you can see that the Gigabyte board pulls no punches in the graphics performance area as it pulls very nice numbers and when considering the price this is looking more and more like a hell of a deal for those looking for a awesome 1-2 card board. 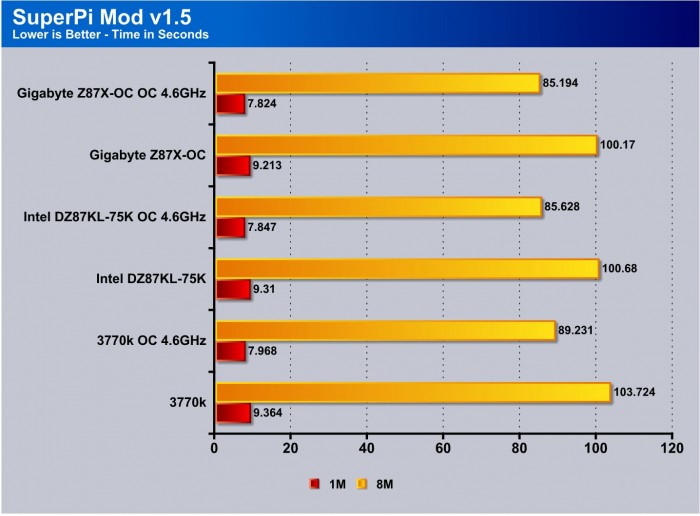 This tests single threaded performance and clock efficiency by processing digits of the number pi. Going from the previous gen Z77 to Z87 yields a nice efficiency jump clock for clock, but we still feel this could be a premature result. The result with the OC Board is rightfully improved as the efficiency shows with some better performance numbers than even the top performing Gigabyte boards we had tested already. 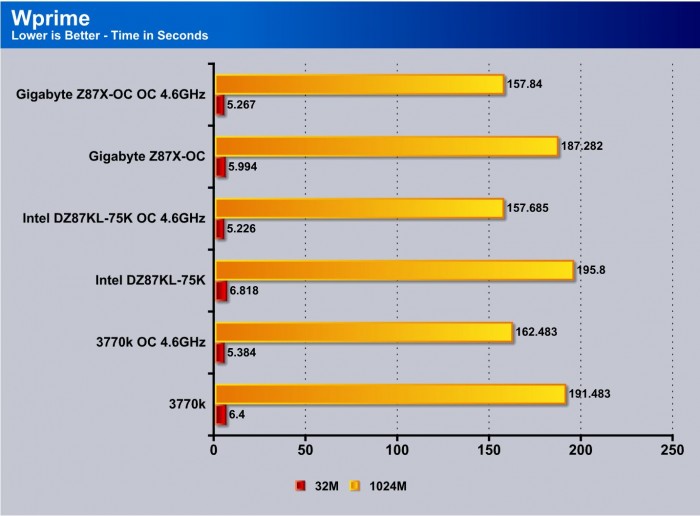 WPrime is similar to Superpi, but is multi core aware and you can set the core count. We used 8 threads to take advantage of the 4770K’s HyperThreading ability. Here you can see that the efficiency in multi core processing improves as you can see a pretty nice gain going from Z77 to Z87, and even more so when overclocked. We are quite excited to see what this platform can do as we get our hands on more boards to test real world performance.

On the Gigabyte Z87X-OC pulls some very good numbers and almost bests the Intel platform when overclocked which honestly is quite the feat being as the full line of boards we have tested so far have not beaten it yet. 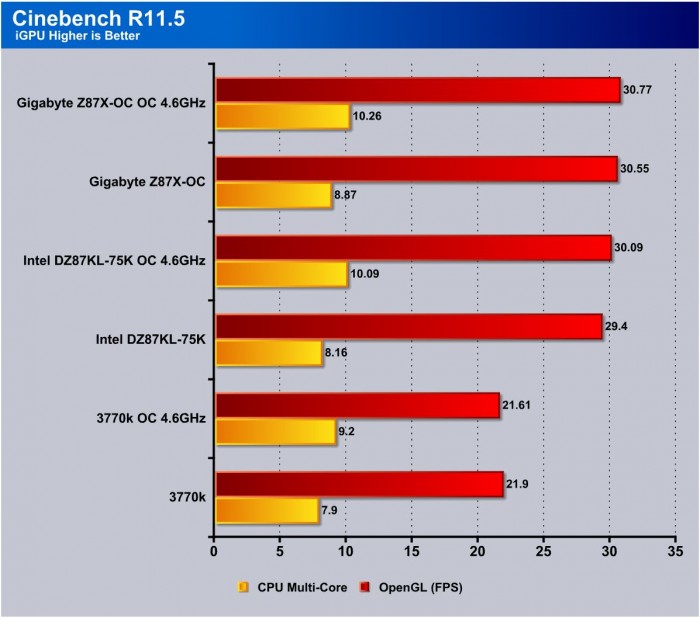 Here you can see where the high-end rendering work can be done. There are some definite improvements on the x86 processing, but when looking at the OpenGL rendering, you see almost a 30% increase, which is very good and speaks highly for what the HD4600 is capable of. We once again see a stronger than stock performance from the OC board which comes undoubtedly from the extra tuning time put in by the Gigabyte performance team. 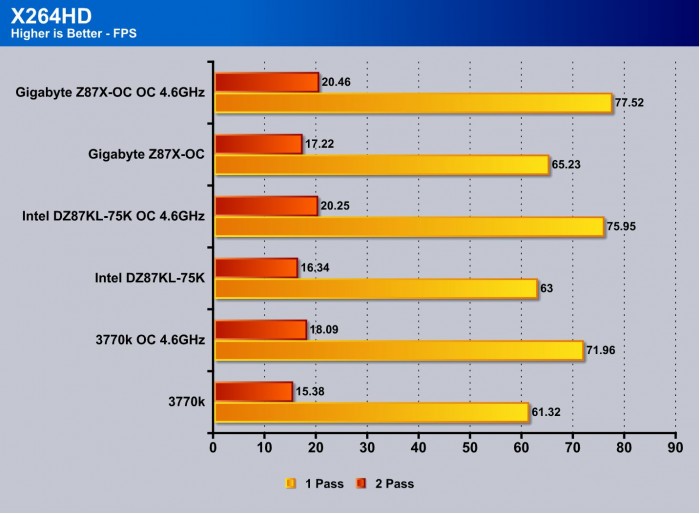 Transcoding has become more popular now and the latest Sandy Bridge processor added support for AVX instruction for faster video transcoding. With that you can see that going from Ivy Bridge to Haswell can net you some very good gains, especially a 2FPS gain on 2 Pass. This tells us that overall optimizations to the new platform are present and working very well. This is shown to an even greater extent on the OC board as the efficiency pushes an even stronger result both stock and overclocked. 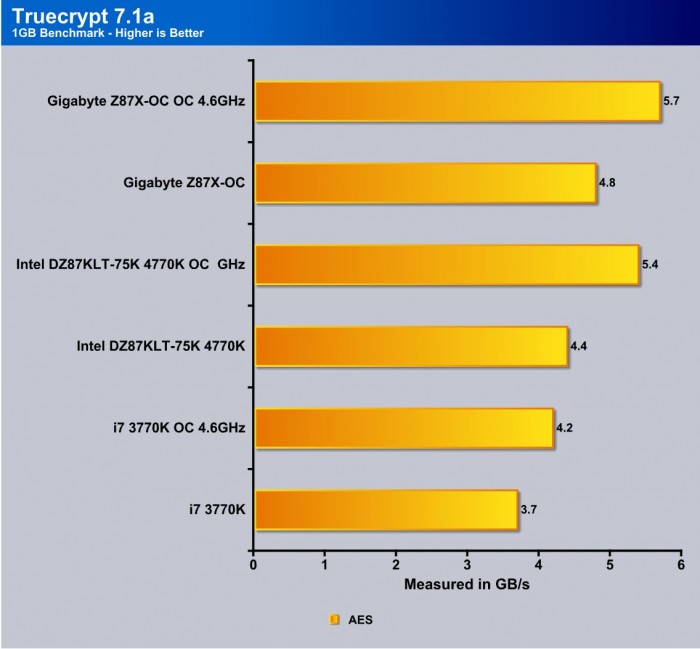 TrueCrypt is a real world application that gives a good indication of the true performance of our latest processor. Here the new Core i7 4770K puts some definite room between itself and the outgoing 3770K with over a 22% performance increase, which means in the same time you can get a lot more work done. The OC Board once again shows strong but well there’s only so much you can do on a test lke this so the improvements are small but they still show what the board is capable of on things beyond just benchmarks. 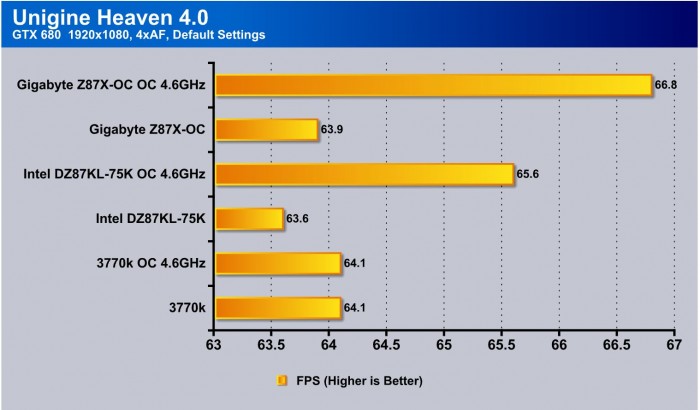 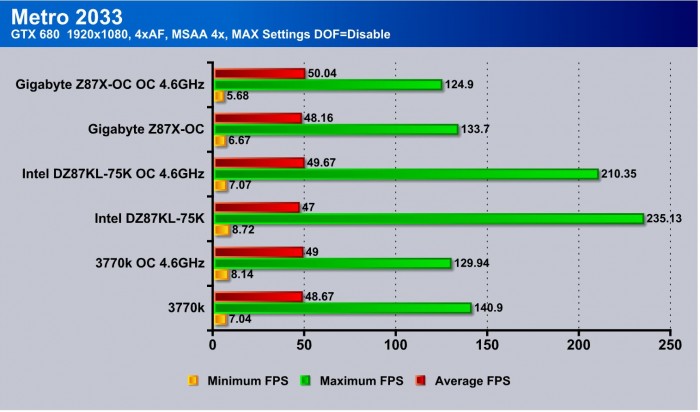 Metro 2033 shows drops slightly in comparison to the Intel when overclocked but the gaming performance appears slightly better when comparing stock to stock speeds. This could partially be due to the higher memory bandwidth numbers the Intel board was showing as it gives a bigger pipeline to work with. 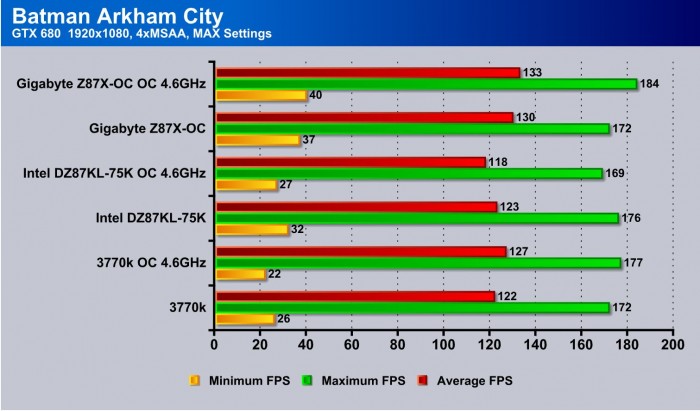 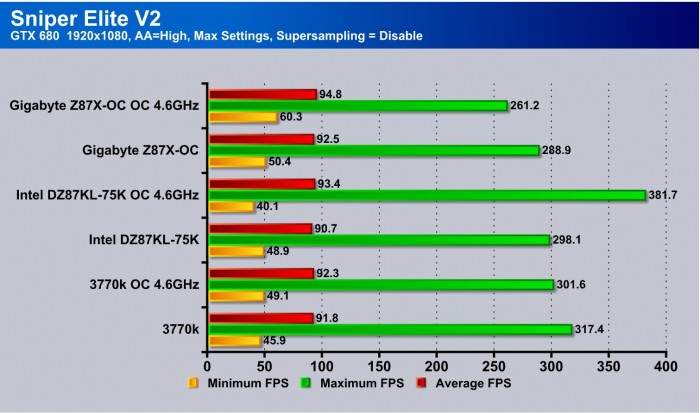 While Sniper Elite V2 shows very high max FPS on the Intel board when overclocked, but in reality that does nothing if its not consistent and with the OC board we once again see similar to the other Gigabyte boards we tested where maximum FPS did not spike as high but the average was higher which tells me taht the platform stays at a higher FPS more consistently compared to the peakiness or even possible jittering you might see from the Intel board.