The XFX card much like all of the other cards we tested pulled a very nice overclock and very easy we must add up to 1200MHz and then dead stopped by the limit on the Catalyst driver.

With the cooling properties of the Double Dissipation cooler we am sure theres some definite room here just waiting to be exploited.

We am very excited for when someone cracks teh software limit so we can see what kind of headroom these gpus really have as we wonder why AMD would put such a strict limit on a very capable GPU.

As the other models have been noted you can expect approximately 6-7% increase depending upon the app from overclocking to the max 1200MHz and we can definitely say that from all of the units we have tested all are fully stable without issue at that speed with no hiccups and no thermal concerns on their stock cooling solutions.

The Double Dissipation cooler definitely kept things nice and cool even at full tilt 1200MHz under a long heaven benchmark loading we saw a maximum obtained thermal reading of 62C on the GPU and that was only a very short time as it hovered around 60-61C most of the time after a long burn time. Also it should be noted that the cooler stayed very quiet when testing on par or possibly a little better than the other 7790 cards I have tested. 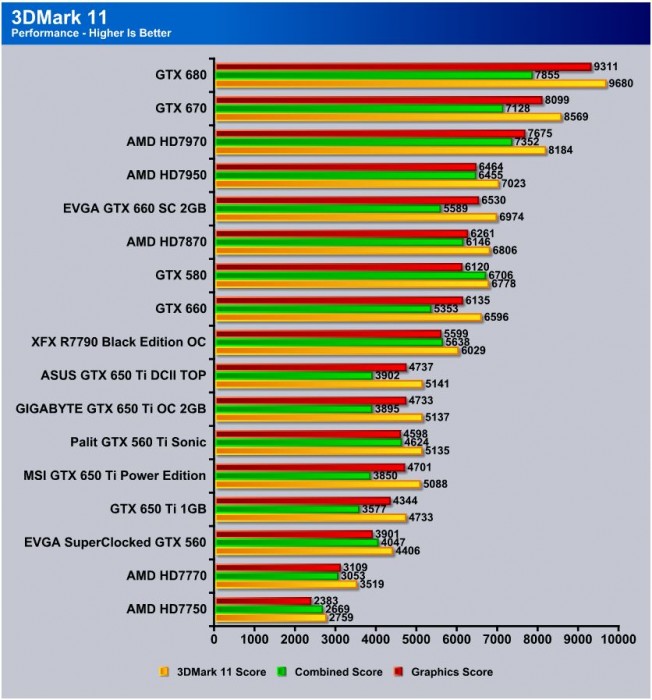 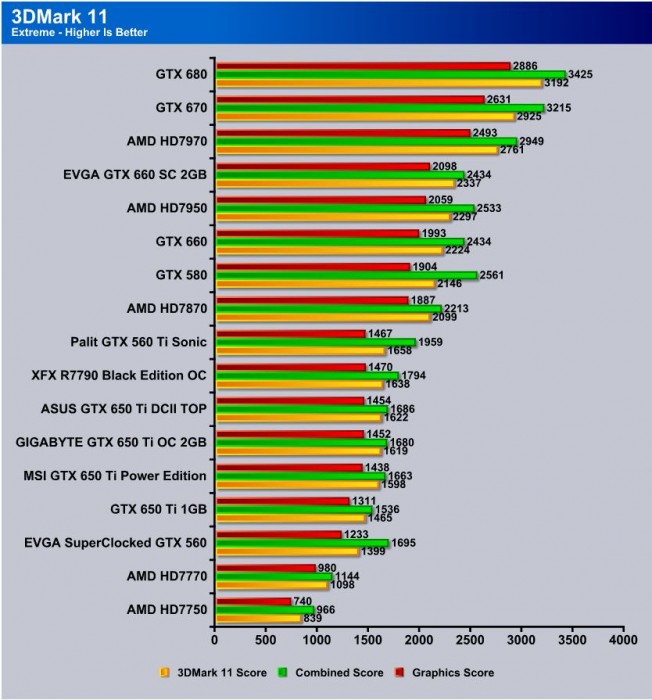 Here like cards before you can see the positioning is right on par with the crowd of other 7790 models we have tested to date. We will give them this, the 7790 GPU is very consistent clock for clock. 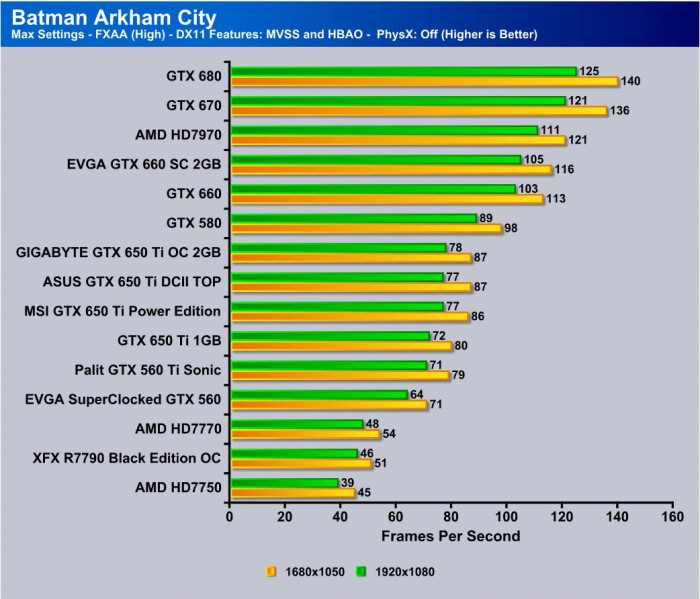 Here The 7790 falls in once again, and we cannot state it enough that we hope for a better driver soon as we think some optimization fell between the cracks on AMD’s side of this and once we have a few driver releases behind us is when this card will really shine.

Just Cause 2 has been in my stable of games for awhile, and is quite graphics intensive so we try to bring it out as it is a fun all around game and allows a nice test of a cards capabilities. 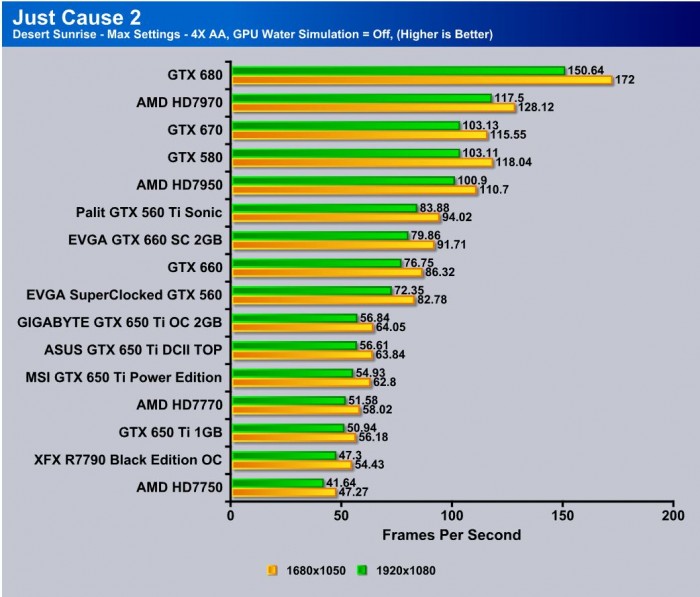 Here again the 7790 is in its friendly group and behind the 7770 again which just seems odd to me. 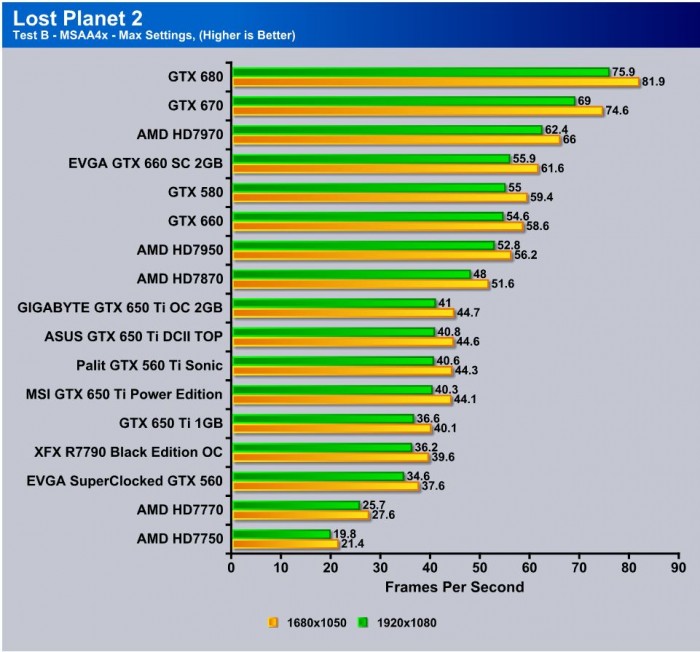 Lost Planet 2 plays pretty nice with the 7790 as at max settings you can see very playable framerate averages. 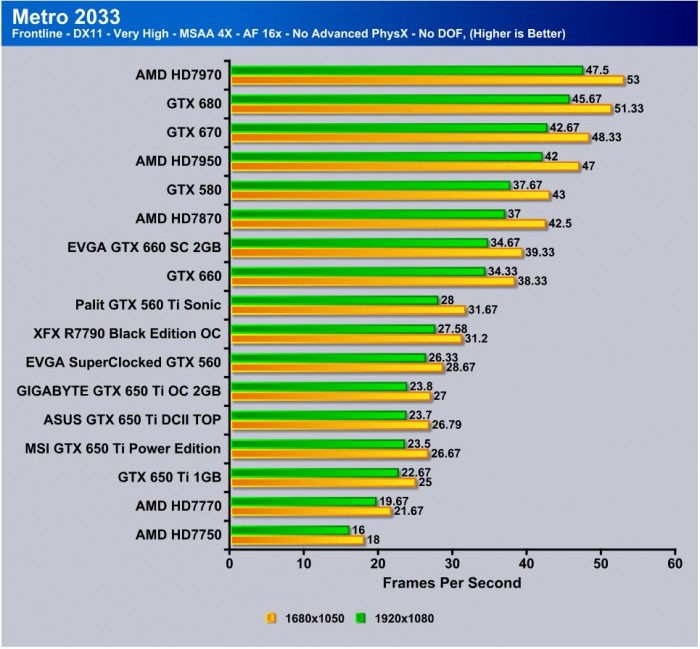 Metro 2033 likely one of the most demanding games that we have tested with, as it brings virtually every GPU to its knees. Here the 7790 once again can impress as at max detail it teeters between playable average and slightly under, but AMD definitely works well with Metro as we remember just one short year or so ago when a top end GPU would struggle for top settings to reach 30FPS. 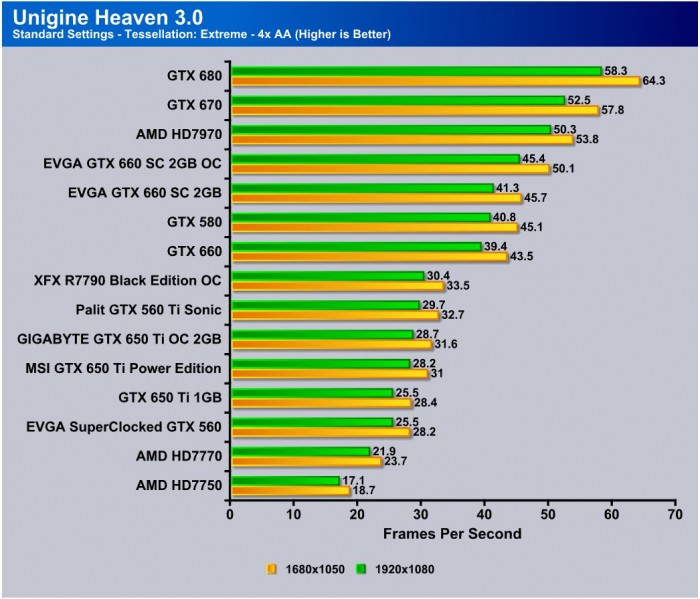 Here the R7790 takes a nice spot still a bit behind the GTX 660 but thats not really a surprise honestly as the GTX 660 is quite a leap ahead in positioning, but the 7790 crushes the likes of the 650 Ti and even previous gen GTX 560. 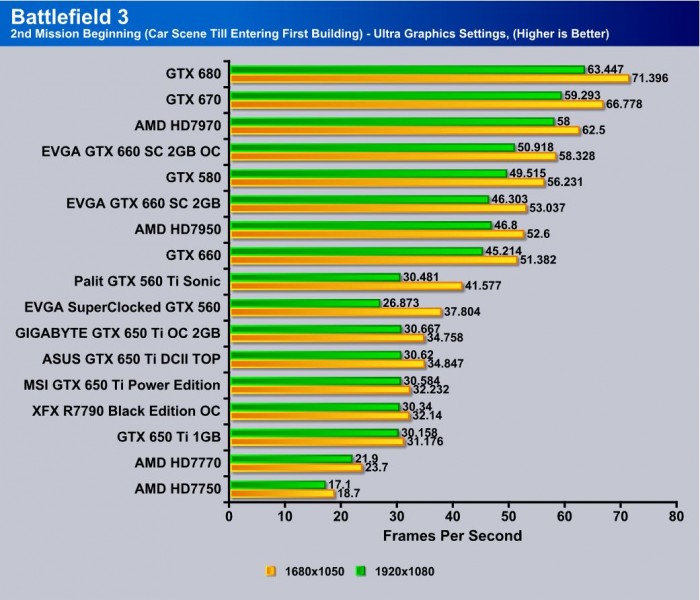 Battlefield 3 is a very pleasing “eye candy” game and very fun to play as well. The R7790 from XFX does rather well at maximum ULTRA presets and it maintains an average in the 30 FPS range or a little higher is a major achievement  Now as we noted before you will have to tune down the detail a little in favor of much smoother gameplay as ultra settings and high settings still show plenty of eye candy.