The Sapphire Hd7790 Card comes out of the box overclocked and upon trying to overclock it via AMD Overdrive I quickly found taht the limit of Overdroive is reached much before the card. The Overdrive utility maxes out at 1600MHz (6400MHz) memory which means out of the box the cars memory is maxed, and the GPU maxes at 1200 but the GPU hits that without even a thought. I really hope some software with higher limits is available soon as the Overdrive limits really does not let this card stretch it legs properly and I think this card really leaves alot on the table due to the clock limit.

The HD7790 clocked to the Overdrive cieling will net you between 4-7% increases in performance which could be enough for a couple FPS, and since it gets there so easy I see no reason why anybody wouldnt crank it up as even the thermals were not really increased at all under the overclocked load. (60C Load stock and 63C Load Overclocked)

The cooler as I expected on this card was more than enough to keep the GPU nice and chilly as even at max clock it barely hit 63C which means shoudl a higher limit overclock program become available I am betting this card could have alot more headroom waiting to be exploited. 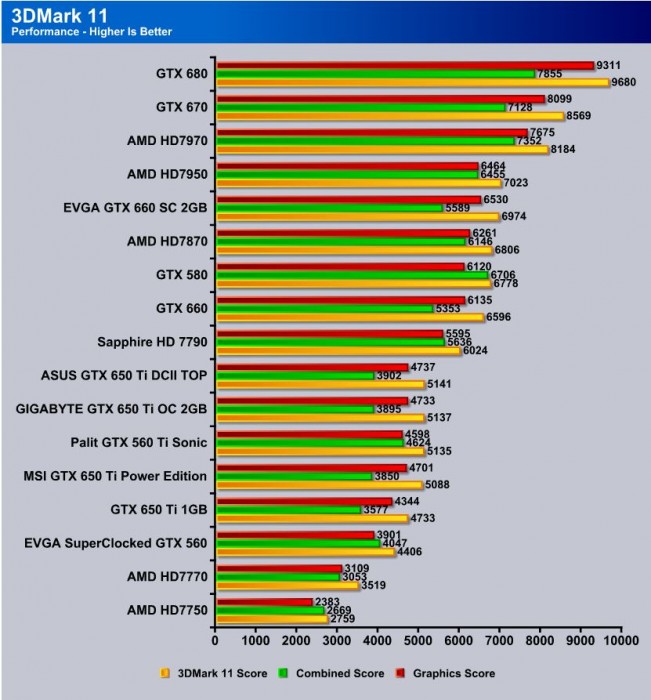 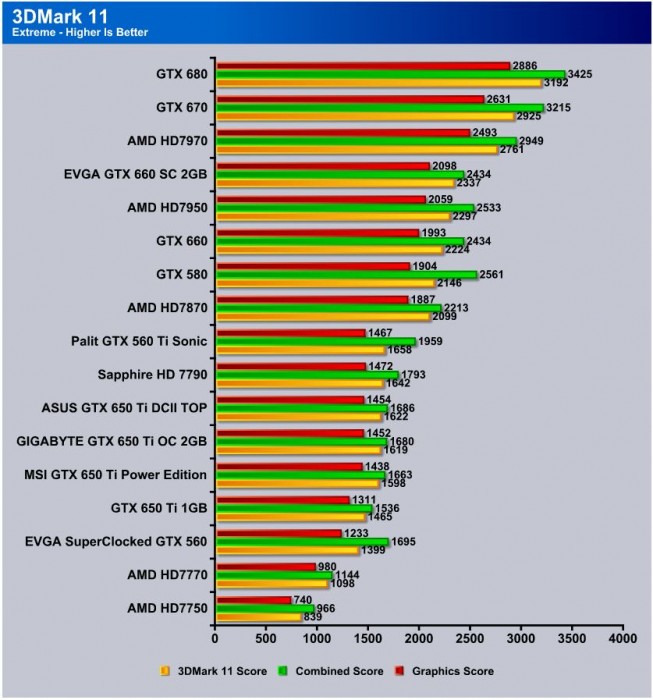 Here you can see tthe HD7790 climbs over the GTX 650 Ti 2GB card in both the Performance and Extreme tests which tells me taht the GPU simply is powerful enough to push it to a nice spot and the 1GB framebuffer is not as much of a limit as we may think at this level. 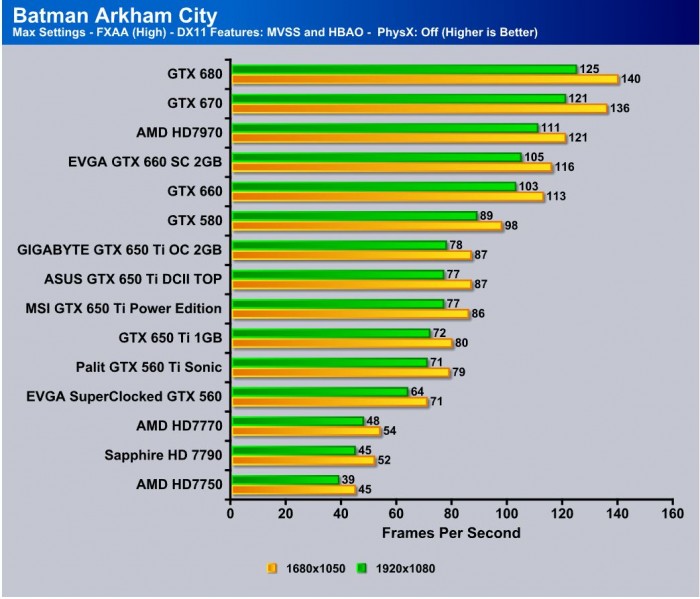 Here I was a bit surprised to see the 7790 fall below the 7770, but being this is a launch driver it is possible that it simply is not completely optimized especially for a game such as this which is actually an Nvidia “Way its meant to be played” title. So with taht it does stand to reason that NV will get a nice bump here. 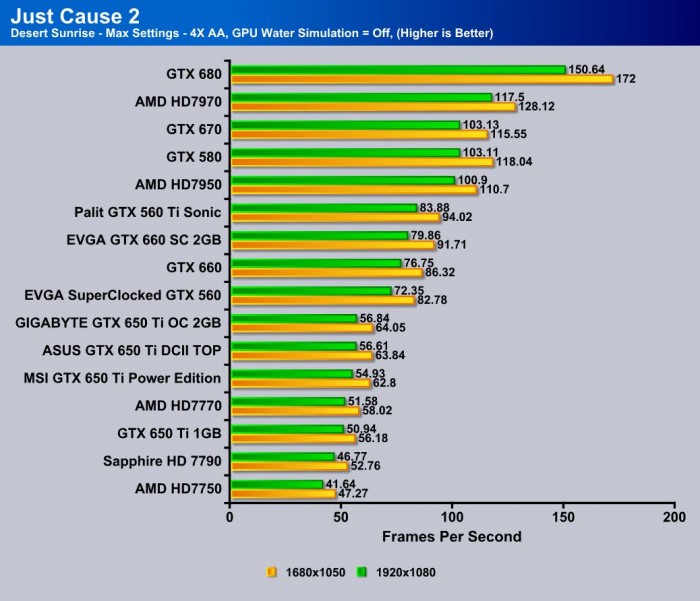 Here again i find the 7790 below the HD7770, and I found this odd enough that I re ran the tests another 3 passes just to confirm. The numbers dont lie so I must assume that it is possible there may be more time needed to get these drivers for the new GPU tweaked to optimum performance. 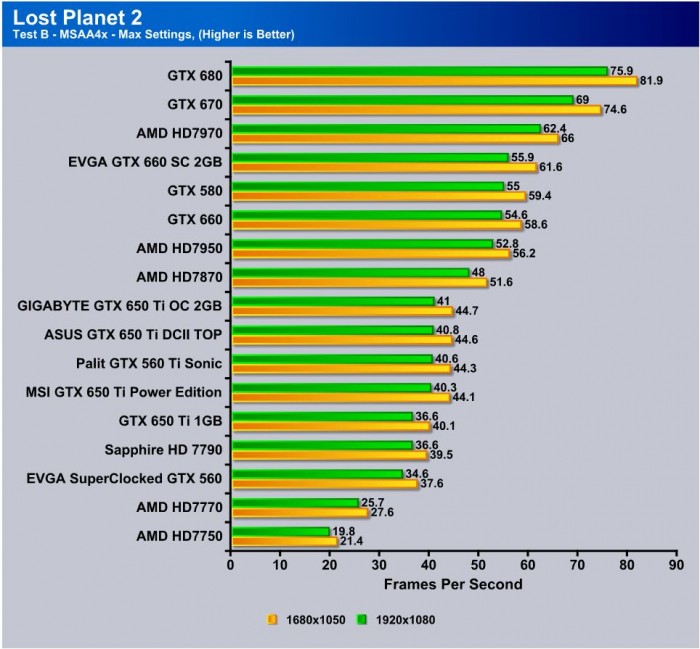 Here with Lost Planet 2 I amd seeing a more favorable result as it jumps above the HD7770 by a decent margin but still the Nvidia cards eek by with less than half a FPS separating it. 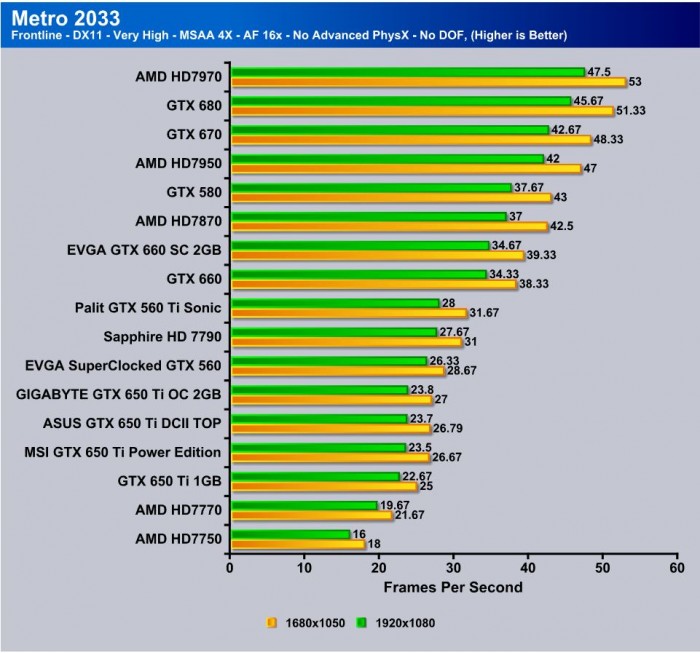 Metro 2033 likely one of the most demanding games that we have tested with, as it brings virtually every GPU to its knees. Here to my surprise I see the HD 7790 jump quite ahead of the 650 Ti models even the ones with 2GB Framebuffer and for such a stressful game, it definitely got my attention. 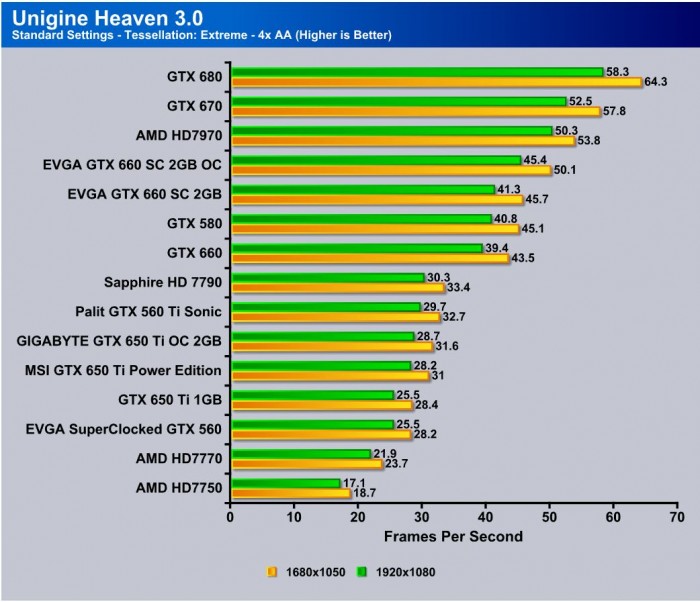 Here the HD7790 definitely once again pulls a nice result well ahead of the other mainstrweam models but still a decent step behind the GTX 660. 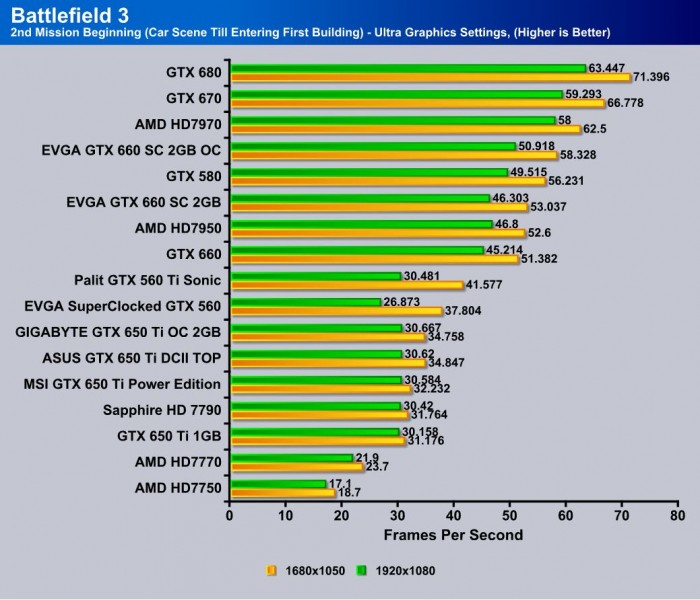 The HD7790 does quite well here as well with Ultra settings which is no joke for this game, and it pulls a eather respectable 30 FPS average. This would be quite choppy at it lwoer points so a medium/high combo of settings would likely put you in a good playable framerate at 1080p HD resolution but the 1GB framebuffer could also be botlling up the performance as well. This is one of those moments where I wish I had this same card with 2GB Framebuffer just to test.