During Nvidia’s Press Conference at CES 2013, Jen-Hsun Huang delivered his speech about Nvidia’s latest projects and goodies, including the new Tegra 4 mobile and the i500 Soft Modem chip, Nvidia Grid, Project Shield, and GeForce Experience a.k.a GFE.

This year at CES 2013, Nvidia introduced many new things that they have been working on for the past 5 years, many things that might not be very surprising or useful for the enthusiast gaming community, but something that might change the gaming experience for the majority of the gamers playing video games on the PC platform. People playing  video games on consoles are somewhat stuck with the graphics settings they get out of the box. And by knowing that an XBOX 360 with a 3 core processor can only put out about 240 GFLOPS of processing power, the gaming experience has to be really toned down to be able to play some of the latest video games on consoles. On the PC of course, if we take a look at a Core i7 system with a GTX 680 installed in it, we’re talking roughly about 3250 GFLOPS of processing power, while a Core i3 system with a Integrated Graphics Processor would only put out 125 GFLOPS of processing power. What this means is that on a PC Platform with the right hardware, we can get up to 15x the performance of a single console. Only problem is, unless the gamer knows how to mess with the graphics settings within the game, they might not realize they can really enhance their gaming experience on a PC over a gaming console.

Nvidia presented the GeForce Experience, or GFE, a cloud based application that runs on your system and automatically checks the type of hardware you are running to achieve the best possible gaming experience. GFE is constantly being updated with new profiles for all the latest games by collecting many game configurations from professional gamers playing on specific hardware, and creating a database of configurations in the cloud for hundreds of games. When you install a new video card, GFE will automatically recognize this, and let you know if newer drivers are available that would boost your gaming experience, and also automatically change the necessary files in the game without having to understand what certain settings mean, to achieve the best possible gaming experience for the hardware you’re running. 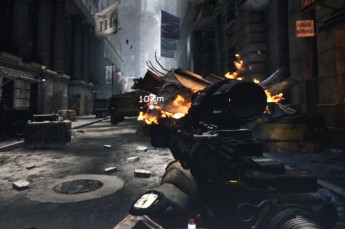 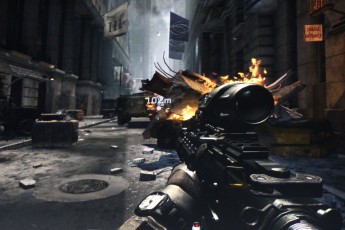 Above we can see a quick comparison with GFE disabled, and GFE active on the same system. The 2nd photo is actually divided to show the difference between no GFE and GFE active side by side. While our pictures are not quite doing it justice, the actual difference in gaming experience can be huge. Of course, for enthusiast gamers that know exactly what kind of hardware to buy and for what purpose, this might not be something they would like to use, as they already understand how to change game settings on their own, but majority of the gamers should find GFE quite interesting.

With GeForce Experience announced, Nvidia still had tons of other goodies to show us, one of it being the Nvidia GRID. Nvidia GRID is a cloud based computing server for gaming, which allows anybody to pick up a controller and start playing on their home smart HDTV, Tablet, Smart Phone, or any other devices that have a Wi-Fi or connected ethernet connection without requiring additional hardware to be connected to these devices. Nvidia GRID is a new card used in a rack of 20 servers, with each full rack putting out roughly 240 GPU’s worth of power, or about 200 teraflops of processing power. This is equivalent to about 700 XBOX 360s which would not only use a lot more power than a single rack of Nvidia’s GRID, but would take up roughly 10 times as much space. 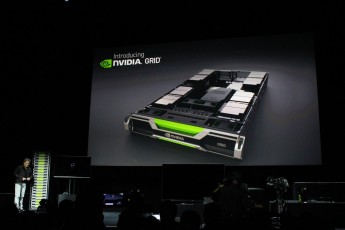 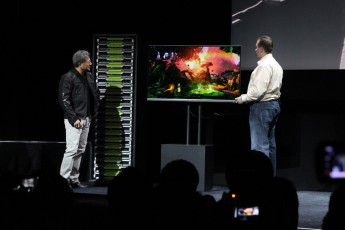 At the Nvidia Press Conference, Jen-Hsun showed us how we can start playing a game on a smart TV, and then move on to a tablet and continue the same game from the exact location where you left off on the TV. The way this works is by sending the controller input info from the user to the cloud, where the information is quickly processed on a Nvidia GRID server, and an encoded version of the game in H.264 gets quickly sent back to your device. No specific hardware needed as all the processing is done in the background on a completely different system. This can really bring together many devices into a universal gaming configuration, making it possible to start a game on one devices and finish it on a completely different device at a different location.

Every year we see Nvidia show off their latest mobile chips. Tegra 2 impressed us with their dual-core processor, which at the time introduced the tablet market to true gaming potential. A year passed by and Tegra 3 came out, which was the first quad-core processor for the mobile market, with one fault, only 3G support. However, once again, at the time being Nvidia was leading in graphics and computational performance. This year at CES 2013, Nvidia just announced their Tegra 4 SoC, which sports 4 A15 CPU Cores with 72 GPU cores, and finally native 4G LTE support with their i500 Soft Modem. While the Tegra 4 uses the same 4-plus-1 arrangement, the graphics processing should be roughly 6 times the visual output of the Tegra 3.

So how does the Tegra 4 compare to the Nexus 10, which is currently one of the fastest tablets available on the market? According to Nvidia, Tegra 4 is twice as fast when it comes to loading 25 different websites: the Nexus 10 coming in at 50 seconds, while the Tegra 4 enabled tablet coming in at 27 seconds. Quite impressive, as long as performance also translates the same way across other applications and tasks. With Tegra 4 soon becoming available, Nvidia also compared it to many other tablets, including the iPad 4. The winner is clear, Tegra 4! 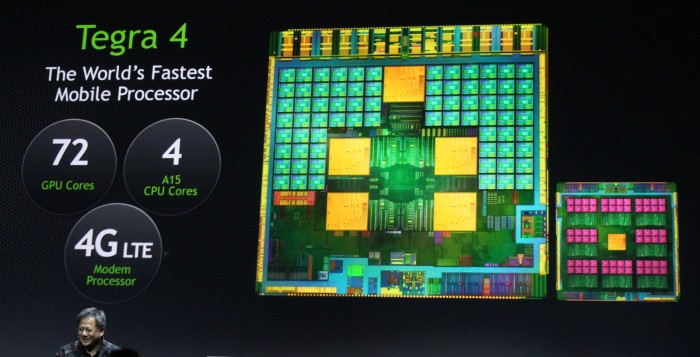 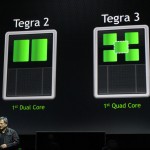 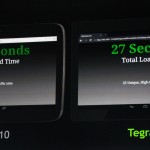 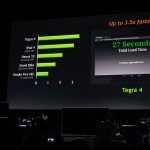 With Tegra 4 being a much faster chip than the Tegra 3, we can’t go without thinking about the possibilities this could open up in applications that need a lot of computational power. This is exactly what Nvidia showed us at their Nvidia Press Conference during CES 2013. They showed us an example of HDR photography, the process of combining multiple images with low exposure, and high exposure photos in order to create a High Dynamic Range photo. High Dynamic Range photographs allow us to see fine detail in both the overexposed and underexposed parts of the photos, however, to this day, certain devices such as the iPhone have problems taking HDR photographs with moving objects in the background. The multiple images taken will not combine correctly. This problem happens because a general HDR process on the iPhone or other devices take a photo, then store it, and then take another photo about 1-2 seconds later and combine the two photos together into one HDR photo. A Tegra 4 enabled tablet or device is able to take two photos simultaneously with only about 0.2 sec lag between each photo, greatly reducing the time between two photos, reducing the blur problems with HDR photography. 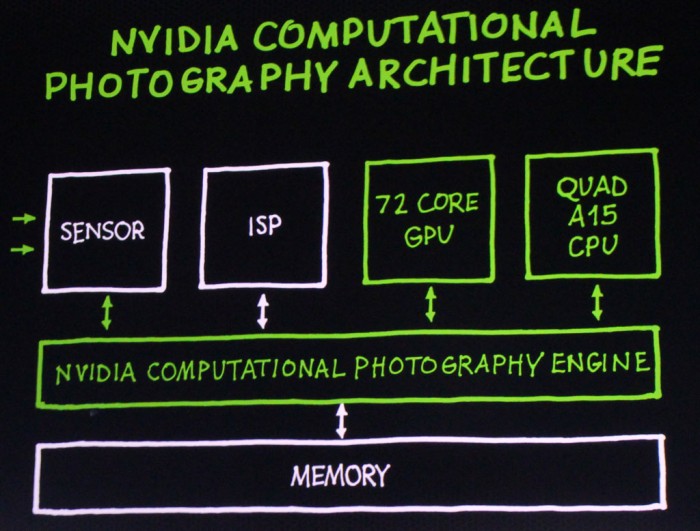 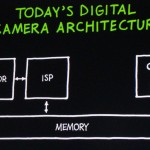 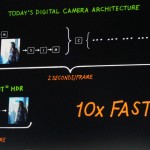 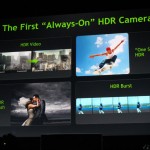 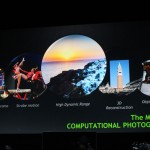 While we still do not have too much detail about the latest i500 Soft Modem that Nvidia introduced this year at CES 2013, it finally does support 4G LTE, which the Tegra 3 was missing. Earlier last year, Nvidia acquire Icera, a small multinational fabless semiconductor company, which allowed them to create the Icera i500. The i500 is able to perform 1.2 trillion operations per second, and can easily be reprogrammed to work with many different types of networks. We were also told that the actual chip size is 40% smaller than the conventional network chips available in current mobile devices, which might mean less power consumption and heat output. We’ll update you with more information as news start coming in. 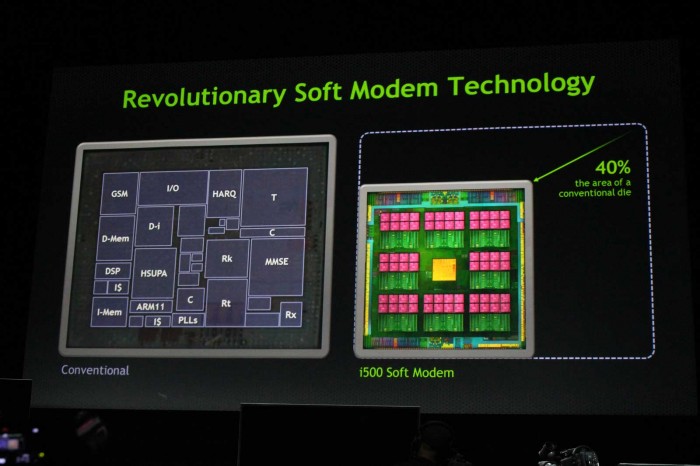 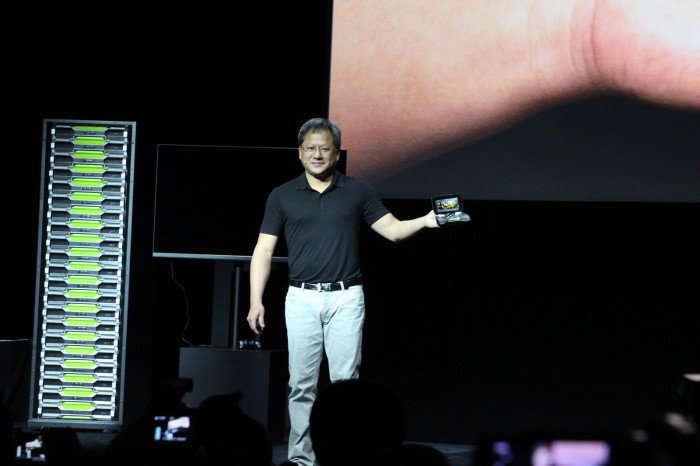 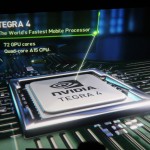 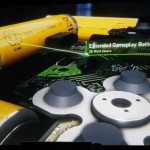 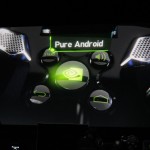 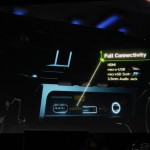 One of the big surprises at the Nvidia press conference was Project Shield; an Android-powered handheld device from Nvidia. This must have been one of the best well kept secrets in the industry as we had heard absolute nothing about it before the conference. The Shield is a clamshell device that combines a proper controller with a screen.

The specifications for the Shield are pretty impressive:

The device is able to play 4K-video and we got a glimpse of this ability as Jen-Hsun Huang played a 4K-clip on a connected 4K-LG TV.

In addition of being able to play all the games in the Play Store as well as the Tegra-enhanced games from the Tegra Zone the device also works well in multiplayer, something we saw when the game Hawken was being demoed with two Shield-units.

If this is not enough the Shield has another trick up its sleave: streaming games from a PC. With the correct software on the PC and a GTX6xx card inside you will be able to connect the Shield to the computer over the network and stream games from it. There even is Steam-support via Steams Big Screen GUI. Nvidia showed the latest Need for Speed and the latest Assassins Creed running and it was stunning to see it running on the TV via the Shield streaming it from the PC (phew). Why not hook the computer up to the TV directly? Well, not everyone wants their gaming computer standing at the side of the TV.

It looks like the Shield will be released sometime in Q2 2013 but we have no idea of the price point. Let us hope Nvidia does not price it too high.

Together with the GRID-server it is obvious that Nvidia is aiming at make it possible to bring any PC-game you have with you regardless where you and which device you are using.

Overall, the Nvidia Press Conference at CES 2013 was a nice roller coaster ride. We did see some interesting projects that Nvidia has been working on for a while now, and while it might not be for everyone, it can really enhance the gaming experience for average gamers. While we were expecting Tegra 4, and had some speculations about what it might bring, we didn’t hear a single rumor about Project Shield. So it was quite a bit of a surprise at the end. What do you guys think about all these launches? Were you expecting them, and were you surprised?