The GTX 560 Ti is rather hit and miss in our experience, and this one comes out of the box pre overclocked at 900MHz but upon overclocking I was able to pull a bit more out of it for a top GPU clock of 965MHz.  This is not the absolute max as I got over 955MHz but it is not what I would consider completely stable. This is definitely not the worst 560 Ti GPU I have had to date but  its not the best either.

Memory was not too bad at just under 1200 at 1195MHz but that was really pushing it to the edge. Nonetheless, it remained completely stable at that speed. Not really too bad when you consider that this is twice the framebuffer as a standard 560 Ti card.

Some may ask why we chose the mainstream Z77 system and we can explain. Up until recent the X79 enthusiasts platform does not really support PCIe Gen 3 on the Nvidia 600 series GPU’s and come to find out it is due to the inherent instability many have seen with the X79 platform with Gen 3 products. This is why Nvidia has been hesitant to enable it, and now there is a workaround via registry to get it working but in order to ensure best possible testing scenarios we have stuck to the natively supported Z77 platform.

The cooling efficiency of the cooler can be seen as it keeps the card nice and cool, one thing to note is that if setting the fan speed to highest setting it will definitely be heard. Also under load the card is kept warm but fan speed does ramp up pretty quick which can definitely be heard but not enough that I could see it being an issue in a chassis. 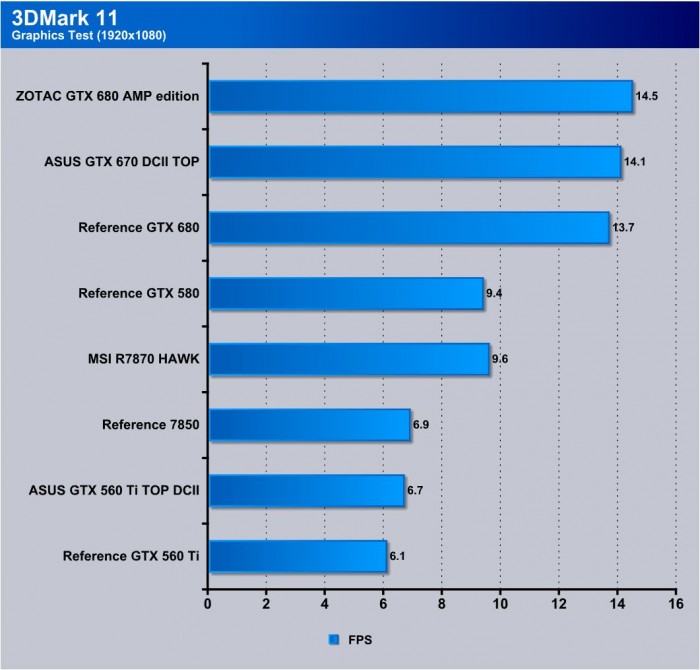 Here we see the 560 Ti takes a step ahead of the reference 560 and it is likely from both the overclock and the larger frambuffer. 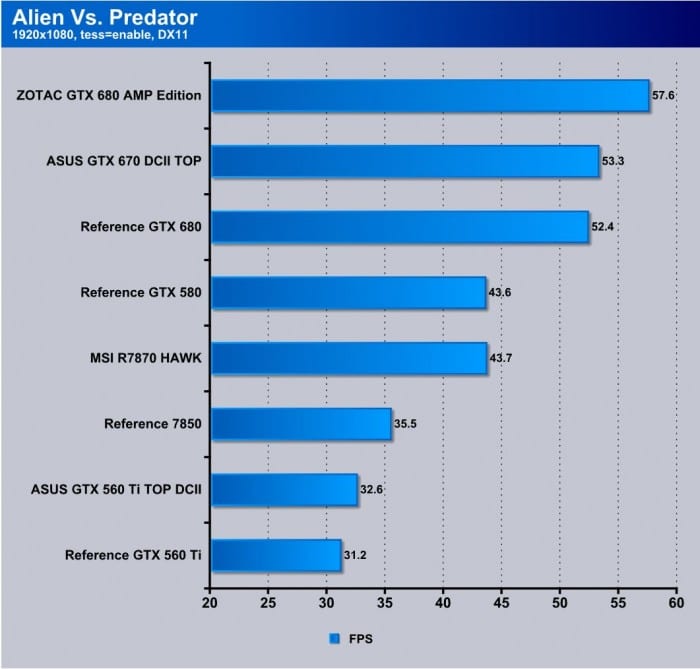 Here we see a small jump ahead of the reference 560 Ti  but playable nonetheless at HD resolution. 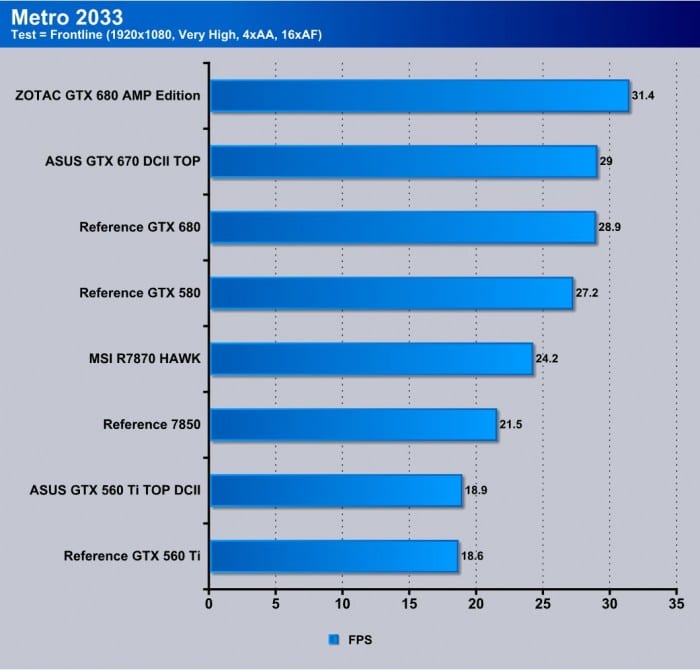 Metro 2033 is the new Crysis for now, as most single cards even from the enthusiasts side simply cannot handle it with everything enabled. The 2GB 560 Ti is no exception here as it simply is not framebuffer holding this game back it is pure need or thirst for GPU power. 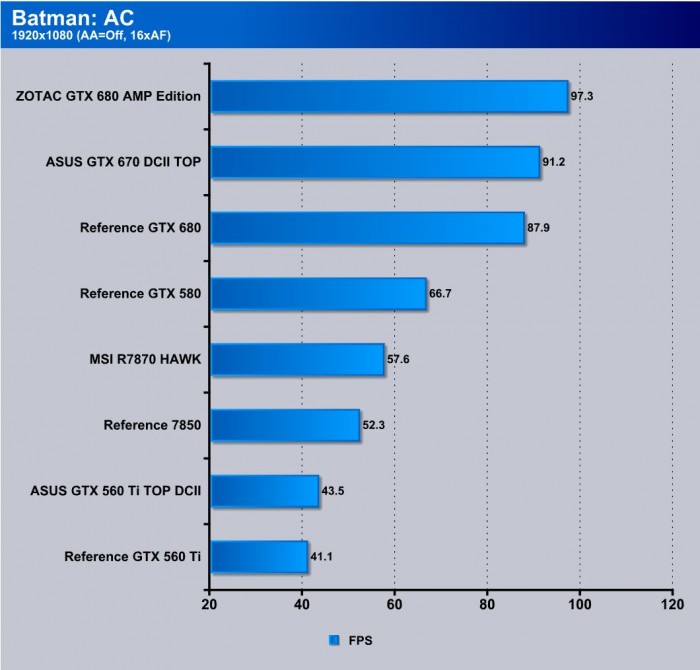 Batman is a fun game, entertaining and with some cool PhysX effects. In this game the 2GB model pulls a little over 2 FPS higher at HD resolutions. 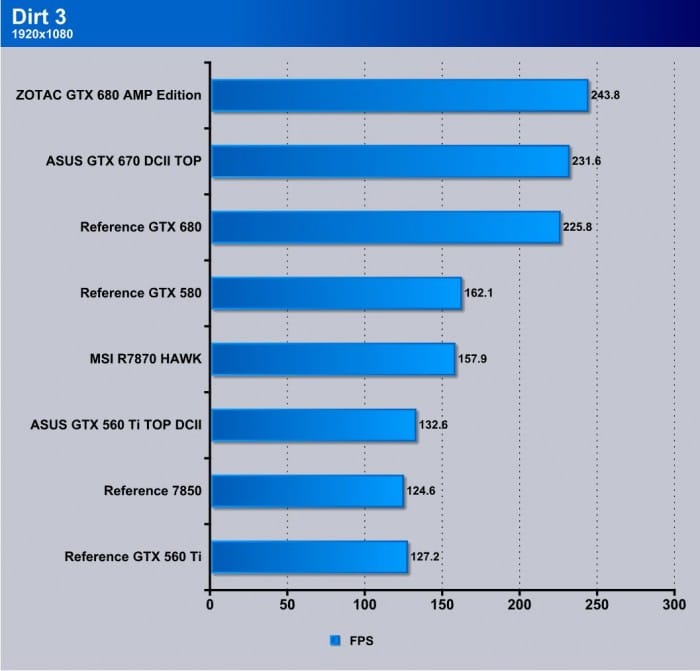 Dirt 3 is not so much demanding as you see here the 560 Ti easily knocks out numbers well over 100 FPS, and the 2GB card gets a nice bump here turning ion over 5FPS higher.