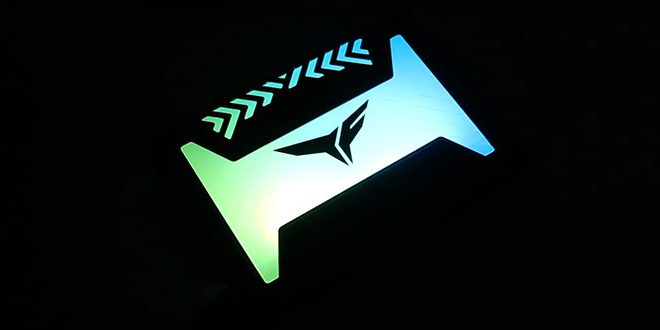 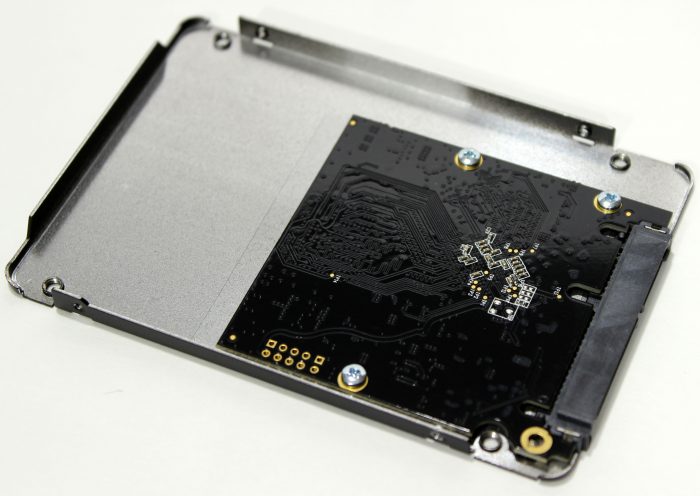 When opening the drive we find it is metal encased. And the PCB for the actual SSD is quite small. We also note that the RGB portion is entirely separate which means this likely is the same PCB for lighted and non lighted drives.

The PCB once removed from the metal housing we get a good look at the Controller NAND and cache.

The controller is a SM2258G which has been around awhile and proven itself to be a competent SSD controller although tends to be found on more budget oriented drives. The NAND unfortunately we could not identify as it has been scrubbed of any ID markings. The DRAM cache is a NANYA part NT5CC128M16IP-DI which is a 2GB part based on DDR3. Data rate is rated at 1600Mbps.

When we disassembled the drive we did note that the RGB implementation was in its lid. it is affixed there with a couple screws and is a separate PCB from the main SSD. the only communication it has is via the USB header. The HyperX RGB model we have seen before actually has SMD LEDs on the PCB itself and therefor will illuminate red if the micro USB is not connected. Also note that the Kingston model uses a Micro USB connector for the drive but uses a 4 pin RGB header for the signal.

As you can see from the design the front diffusion area is edge lit by the LED array. The controller I was surprised to find is a STM32F072CBU6 which has been deployed across many RGB capable motherboards. This unit is an ARM based microprocessor and should allow for some nice RGB adjust ability but in this case it is locked down to the rainbow flow.

Theres not much more we can say here, lets carry on to the testing.

Team Group made an interesting inclusion into the SSD market with a RGB SSD which offers a unique color flow and good performance.