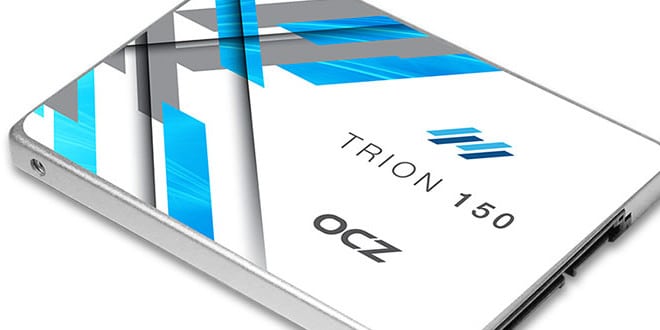 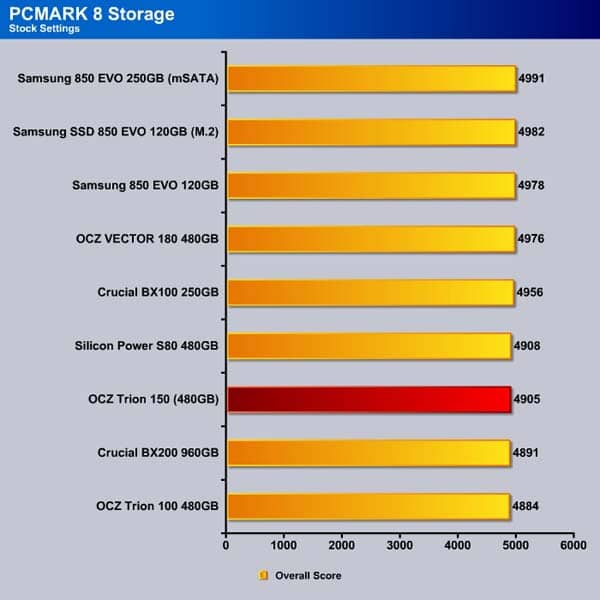 We turn to PCMark 8 Storage Benchmark as our metric to assess a drive’s performance at delivering real-world tasks. Here we can see the Trion 150 manages to edge out the Trion 100 and the BX200 with 4905 points.

Obviously, the question here is not whether the Trion 150 is better than Trion 100 (as the answer is a resounding yes), it is whether the Trion 150 can even be competitive against other mid-range drives on the market today. Well, for all intents and purposes, it is a very nice drive. While the drive will not win many benchmarks, it certainly is able to keep up with the others without much sacrifice. The performance of the Trion 150 is more balanced than the Crucial BX200 that also carries similar pricing. While it is still not able to overtake the current kings of the mid-range, namely the Samsung 850 EVO, it is certainly no slouch either, and should be able to keep up with whatever task is thrown at it. It certainly is more than enough to give you the performance boost that you need to replace the old mechanical drive or even the aging SSD that has been in your system for two or three years.

Of course, the Trion 150 is by no means a flagship drive. Despite its consistent performance, it is nonetheless lagging behind the performance drives. However, given to the fact it is meant for the mainstream/budget market where price is often the deciding factor, we think it is well positioned to deliver an excellent performance to price ratio. While the synthetic benchmarks do show the drive’s weakness, especially under high queue depth, they may not come as critical for average desktop users.

With a balanced performance and aggressive pricing of less than $120 for our 480GB model, the Trion 150 is one of the cheapest mid-range drives on the market that offers a good bang for the buck. OCZ also sweetened the deal with its unique and convenient ShieldPlus Warranty program that backs the drive for 3 years. While we did not test it for the review, we like the idea that you can get the replacement drive before you have to return the defective unit. Taking all of that into consideration, the Trion 150 is definitely worth considering when shopping for a new mid-range SSD.