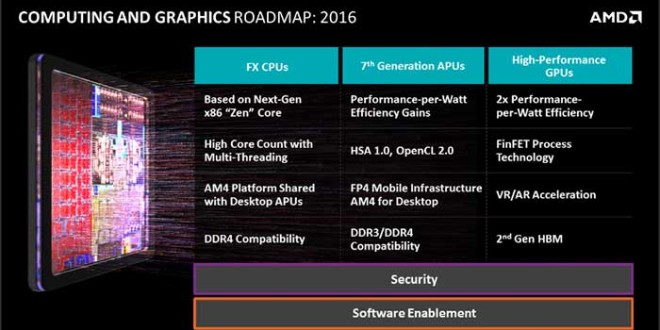 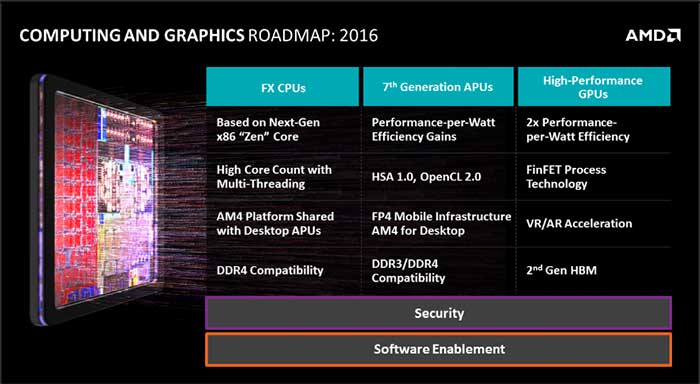 In addition to the Zen CPU core, AMD also revealed its plan for the GPU and the ARM SoC for the year 2016 and 2017. 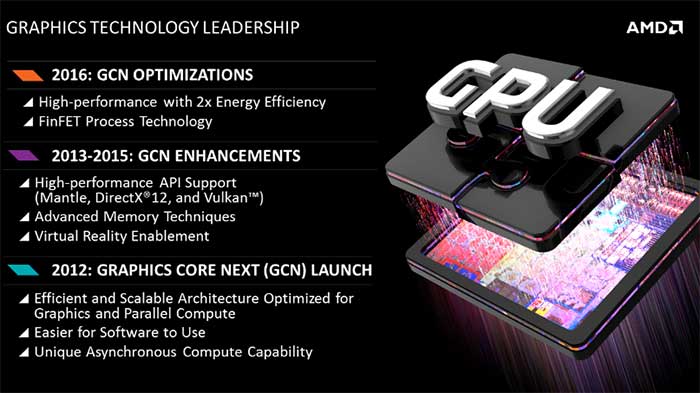 Not much information is revealed about the future GPU plan. However, we do know that AMD has plan to further optimize the GCN microarchitecture. The next gen GPU will also be manufactured with FinFET process, making it more power efficient. Thus, one major focus for the GPU would be power efficiency where AMD is targeting to deliver two times of energy efficiency. 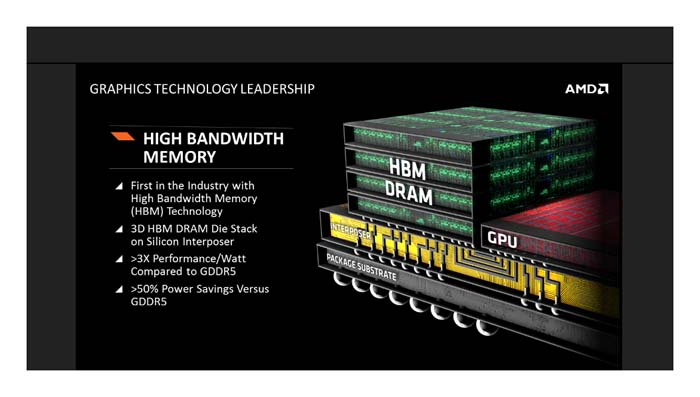 Another big feature that we will see next year is the improved High Bandwidth Memory, aka HBM 2.0. The first gen HBM would appear on the GPU that AMD is releasing in the next couple of months. Next year’s GPU will be improved where it is going to be more efficient and consumes less power. 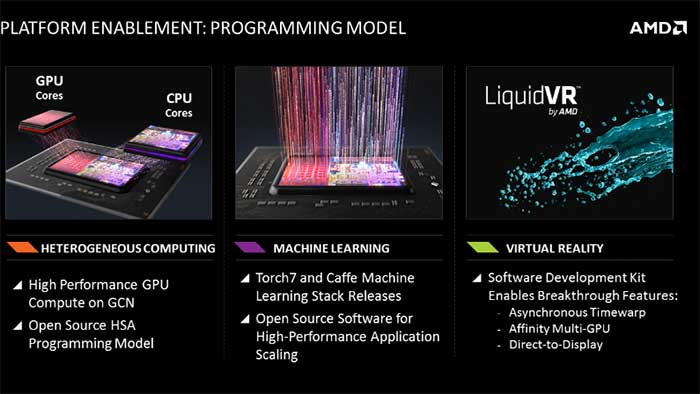 The GPU will also feature AMD’s Liquid VR-accelerating feature that is aimed to improve on lower the latency on the virtual reality. According to AMD, the technology would reduce the motion to photo latency to less than 10 milliseconds. This technology will again first appear on the GPU that is launching soon and possibly get improved for the next gen GPU. 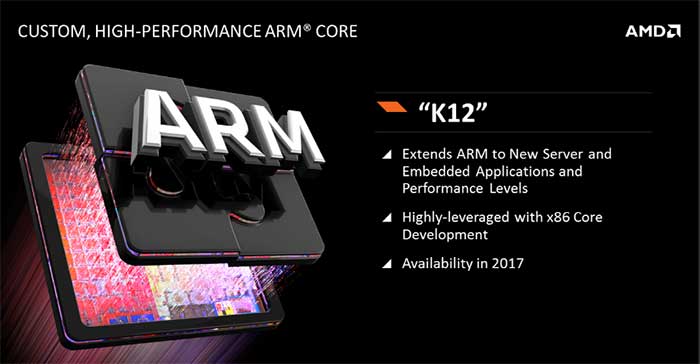 At second half of this year, AMD will finally release its ARM SoC, the Opteron A1100 “Seattle” to the server market. AMD is planning to continue developing the ARM SoC. AMD announced its ambition to re-enter the server market and it is committed to release its own custom design SoC lead by Jim Keller. Codenamed “K12”, the SoC will not make its debut until 2017.

Though, AMD has decided to scrap the Project “SkyBridge” that it has originally planned. The SkyBridge was meant to bridge the gap between SoC and APU by providing pin compatible socket so that one could swap an SoC out with an APU or vice versa. SkyBridge was originally meant to be released in 2015 but AMD has decided to put the project on hold indefinitely. AMD states that its customers are not particularly interested in such feature which results in its ultimately demise. 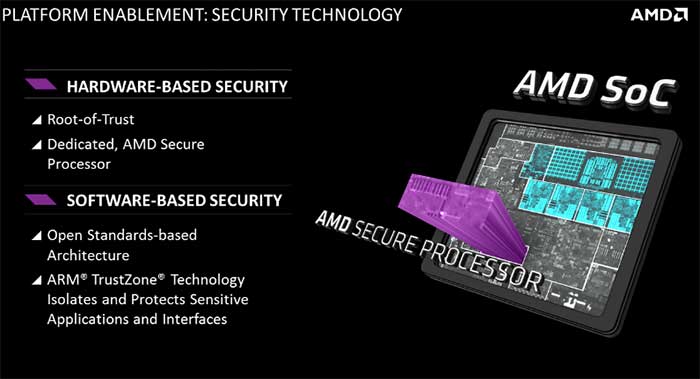 AMD’s plan for the next couple of years is delivering high performance x86 and ARM SoC. It wants to maintains its presence in the traditional PC market while continues to dominates the GPU market. If the Zen Core can deliver its promise, then it would be very competitive against what Intel will have in 2016.  AMD’s approach to the server and embedded market is two prone approach with the high-performance x86 CPU/APU and the low power ARM SoC.

In addition, the company is planning to expand its business into high growth margin market as it leverages its graphics power. It want to push the FirePro GPU into server, enterprise, and HPC market. It also wants to expand its products into area that demands high visual compute such as augmented reality, AR, and medical imaging.