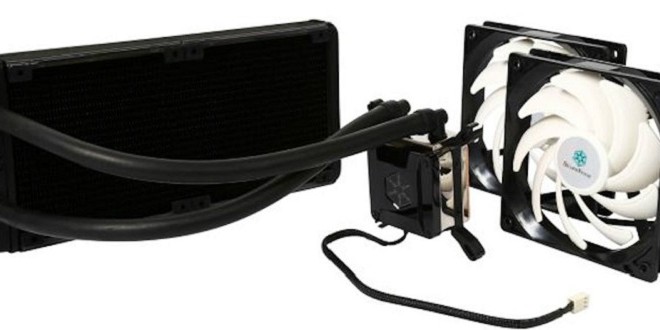 We just looked at the SilverStone Tundra TD03-E with its revolutionary brazed, full-contact heat sink fins and nickel-coated aluminum extruded CPU water block. We were so excited about its design and performance that we asked the good people over at SilverStone to send us a Tundra TD02-E, the dual radiator version of the Tundra TD03-E. The SilverStone Tundra TD02-E is one of two of SilverStone’s first all-in-one coolers that is ready to use out of the box. SilverStone’s long tradition of innovation and breaking from the norm to produce higher quality products holds true with its Tundra series Liquid Cooling Systems. While SilverStone’s Tundra series may look like some competitors’ all-in-one solutions from a distance, up close you can easily spot the quality differences. 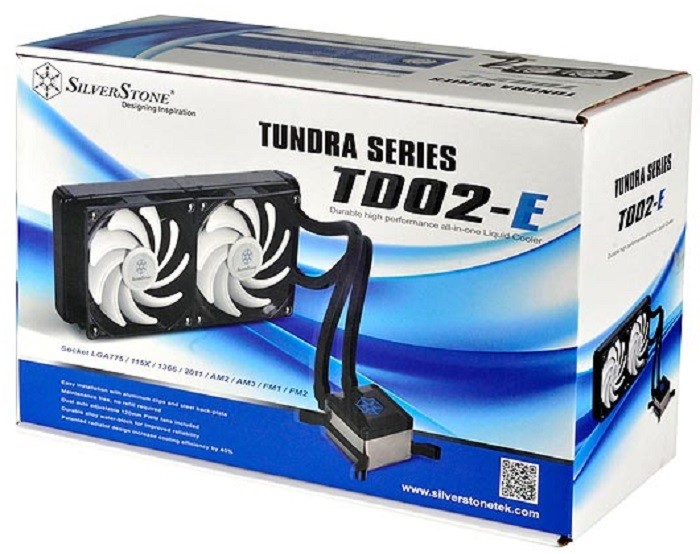 The SilverStone Tundra TD02-E is a sealed unit, all-in-one, zero maintenance (on the coolant) liquid cooling system with a dual radiator and two 120mm fans. The pump is in the block which helps to eliminate the need for a reservoir. The Tundra TD02-E eliminates a lot of obstacles when it comes to water cooling your CPU. Take it from people who have been down the water cooling road many times. Setting up a custom water loop can be a daunting, trial and error task. The SilverStone Tundra TD02-E solves all those pesky problems for a mere $99.99 and that’s with free shipping (Amazon). Shop around a bit and you may shave that total by a few bucks. 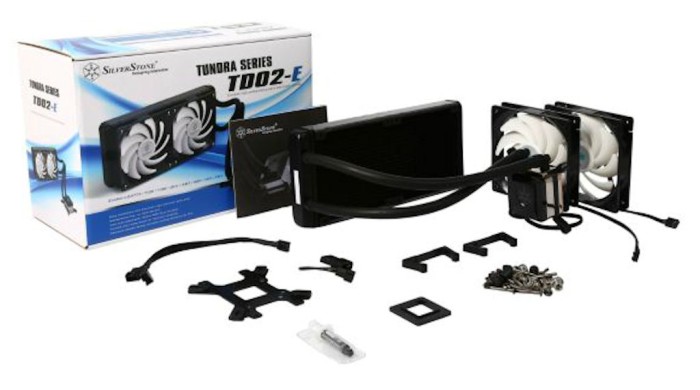 You could spend half a day going over all the individual parts in the SilverStone Tundra TD02-E kit, so lets leave the screw bundle out.

Suffice it to say, the bundle contains enough to cover any of the previously listed sockets and for good measure SilverStone threw in a tube of thermal grease. Yes, we know some of you are like “So what? Thermal grease”. It’s often the small things that make a bundle and the addition of thermal grease can keep many end users from going to the wallet well to spend an additional 5 to 10 dollars, not to mention the delivery time if you have to order online. Being a dual radiator, we could see possibly including four fans in the bundle, but not at the $99.99 (with free shipping) Amazon price (At the time of posting).

The SilverStone Tundra TD02-E topped the charts in every test beating out the Thermaltake Water 3.0 Extreme easily. Performance with two fans was enough to get us headroom to go to 4.4GHz while all the other coolers failed.