The Raven RV01 was originally introduced in 2008 as an extreme enthusiast chassis and it’s revolutionary 90 degree motherboard position and it’s sleek styling made it the envy of many enthusiasts. Appearing on the market when computer cases were being pushed on the market so fast and in so many styles it was hard for any one chassis to distinguish itself. At the time chassis were all about the side window and the exterior look, little attention was paid to cable management and it was all about the bling. SilverStone stepped up and early in the game recognized enthusiasts were a breed apart and designed a chassis with revolutionary features and a motherboard setup that puts the connections on top the computer instead of the back. Heat rises and in many chassis trapped in the top causing thermal buildup, the Raven recognizes this simple fact and from bottom to top is designed to move heat well from the bottom to the top and exhaust it. 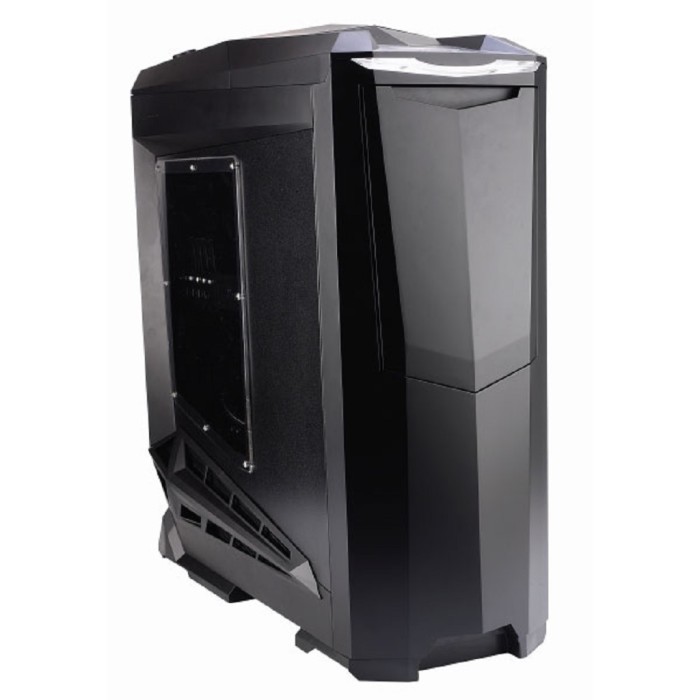 SilverStone quietly updated the Raven RV01 but chose to leave the exterior in its original form, some things were just done correctly the first time and need no change. From the moment the Raven lands you will be impressed with the size of the box, then the packaging and when you pull it out of it’s fully protective environment the sleek look will set you back on your heels. With its inspiration being a Stealth Fighter Jet you can expect pointed accents and a nose cone like exhaust on the bottom.