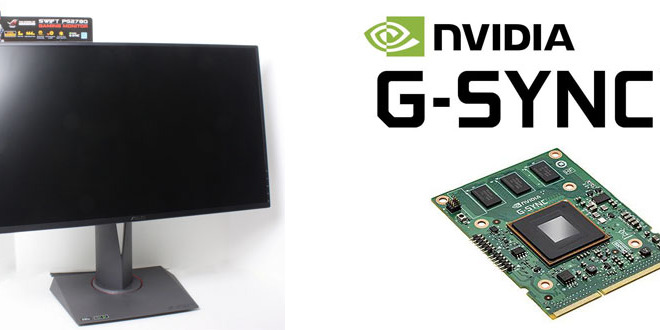 Nvidia has been very proud of many of their advances over the last few years, offering special ways to improve the gaming experience using GeForce products. That being said we have seen many instances where gaming immersion has been enhanced or at least changed the way you play from things such as 3D Vision or new AA technologies to make the game just a more enjoyable and cleaner feeling experience. However there is one thing that has always been an issue which is screen tearing, and this can be fixed with VSYNC or at least we thought but then we found that this can cause other issues just as jumpiness or lagging, so basically as a gamer you had to make a choice between whether you wanted uncapped frames and tearing, or VSYNC enabled with no tearing but jitters and lags neither of which was an ideal solution but basically we were forced to choose which we felt where the lesser of the two evils.

With that said Nvidia had introduced a while back a new technology labeled G-SYNC which was designed to remove that issue and provide an ultimately smooth gameplay experience from your GeForce product. That being said we have a new ASUS ROG SWIFT monitor in hand with G-SYNC technology built-in so lets take a dive into this technology and see how it works to offer a better more immersive experience. 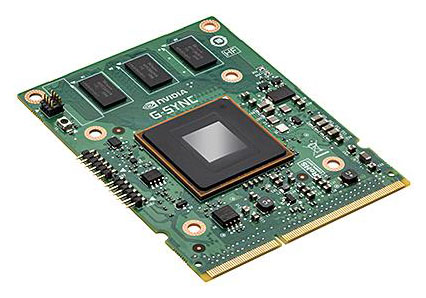 Well to explain it simply Nvidia G-SYNC technology employs and interface board on the display side which allows syncing of drawn frames to the display to ensure no tearing or lagginess is seen at the display. Now lets take a look at the causes of these issues and how G-SYNC is designed to help.

Here you see how a monitor works for instance at 60 Hz it will redraw frames 60 times per second, and this happens regardless of where the GPU is at in terms of delivery it is redrawing a new frame every 16ms, so if the gpu delivers part of a frame that is what shows on your display.

The Issue and why G-SYNC is needed

Frame timing as in the time it takes for a GPU to draw a frame varies greatly upon the detail which is being rendered so while one frame may take only a few ms to render one that has many more textures may take 2-3 times as long which of course drops your rendered FPS (Frames per second) dramatically and therefore in an uncapped framerate setting you get random chops in where the frame is completed or delivered to the display.

Here as shows by Nvidia you can see where the uncapped framerate or VSYNC off mode comes into play and how the wildly varying frame draws affects where frames are dropped into place which causes partial frame delivery and visual tears in the image especially in high-speed action sequences.

And now to the VSYNC on scenario you can see where the framerate is capped to the displays refresh rate and when one draw finishes if over the next draw or scan of the display you now have a lag between that frame and the next one to be drawn. This can be annoying visually as it can be seen as jumpiness of your character or jittering or even just flat-out laggy while playing. With that mentioned I will say that some gamers are less aware of this as I have seen people at LAN events where they played without issue through Screen tearing and choppiness without even having an issue but for me personally I love being immersed in the story and this kind of issue really breaks that immersion.

How do games look with standard VSYNC solution?

Nvidia supplied some game analytic shots to show the different effect of VSYNC on and off so lets take a look at those below.

Here per Nvidias PR info you can see in Assassins Creed Black Flag you can see that while higher FPS is had with VSYNC off it varys wildly which means you will see vary inconsistent frame delivery and lots of tearing. Meanwhile with the VSYNC enabled it steadies out some but still jumps a lot between 30 and 60FPS which means you will see some big lag spikes or jitter in your gameplay both of which would make for a less than favorable gaming experience.

Here with Batman Arkham Origins you see the same, many huge spikes over only 30 seconds of gameplay and just like before its going to be playable but if you notice these annoyances like I do its gonna get pretty exhausting after a long gaming session.

Lastly we have Battlefield 4 which is a very popular game and quite graphically demanding when on ultra settings and as you see here there is a lot of fluctuation across the board. With a fast paced FPS this can literally break the game for you as swinging a 180 to target another player behind you will be quite hard to aim if you get massive tearing during a quick snap turn. I have seen this along my many years of playing from CS to COD, BF and pretty much any game you can see this issue depending upon the framerates and loading of textures in the specific game. The thing with Battlefield though is that there is so much detail that from screen to screen the loading can vary a lot which is why you see the massive climbs and drops.

Here you can see as provided by Nvidia how G-SYNC works. with the interface module in place it syncs the frames to the monitors refresh cycle so that rendered complete frames are sent to the display and no half frames or frames delivered mid stream. This is not just hardware though as it also involves Nvidias software suite to interface with the GPU and ensure efficient delivery of frames but on the same token this means it is an Nvidia only solution so you gotta have a Nvidia GPU to play. Also it is worth noting since the display must have a G-SYNC module in place that the cost of the display may rise a bit to support the cost of the necessary G-SYNC components.

How to set it up

Now once you have your GSYNC display lets look at how you enable it. 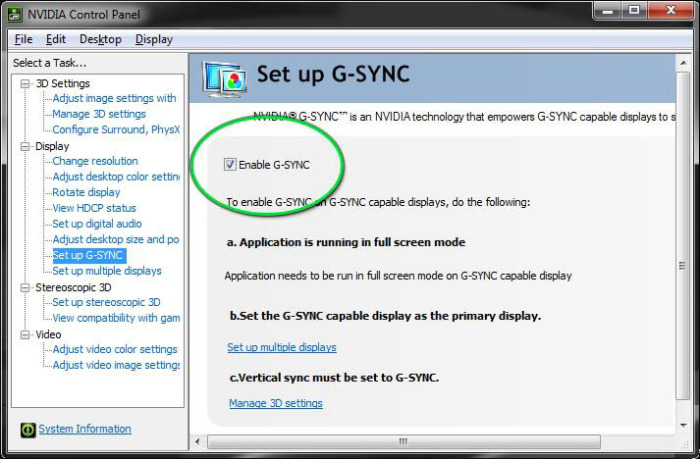 What I love about G-SYNC was right out of the gate I got a popup up stating I had a G-SYNC capable display. I clicked the pop up box and saw it was enabled. 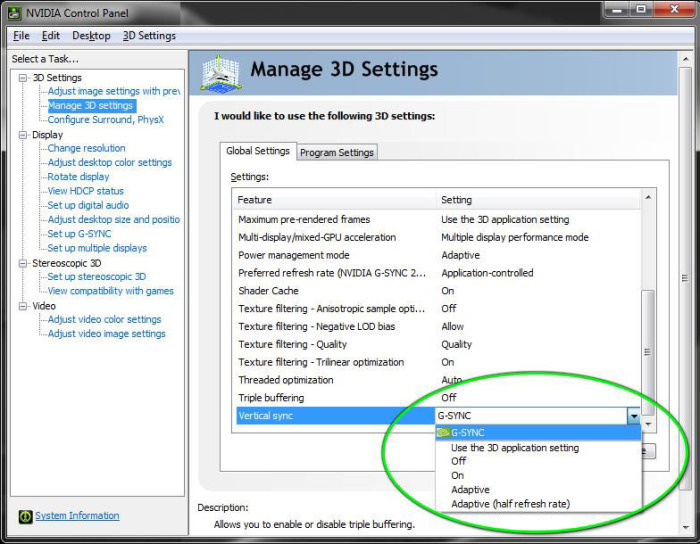 Next up you can check your global VSYNC setting and it would be set for G-SYNC which means all games should default here*. You can always adjust it to test the effect for yourself by selecting the “Program settings” tab and disabling G-SYNC for a specific game.

I definitely like the fact that for lack of better terms the G-SYNC setup is largely “Plug and play” as it simply works by default and just enable and go to gaming. Speaking of that lets look at the display and get to the game testing!

*Nvidia sets a profile in the driver so that games known not to work well with G-SYNC will automatically have G-SYNC disabled to avoid bad experiences by users and as support is opened the future driver release will have it enabled.