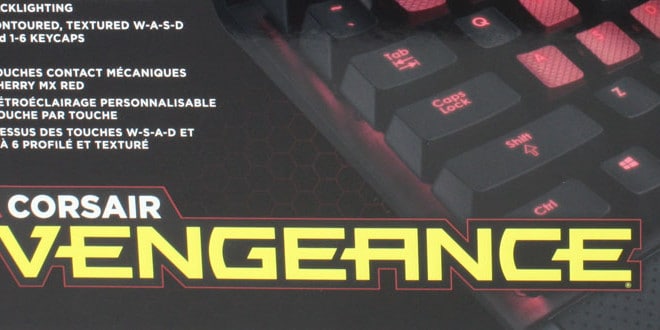 The final piece in the corsair gaming peripheral bundle is the 1400 headset. Corsair has made a whole slew of gaming headsets and one of the newest Vengeance series which we have here in the bundle is the 1400’s which are an analog stereo model headset. 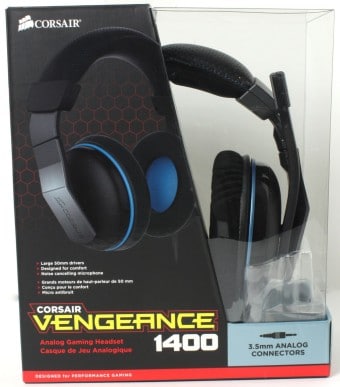 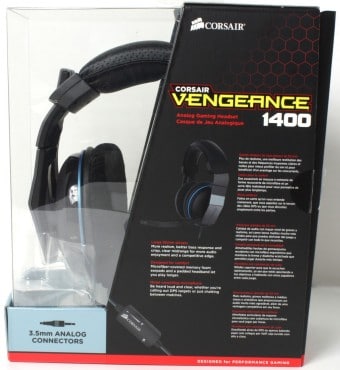 Here you can see the packaging which like all of the Vengeance series carries Corsair signature style of showing the product along with just some short key points. On the rear goes a bit more in-depth but overall very much to the point and simple clean styling is the key here. 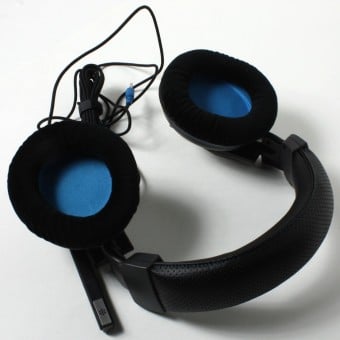 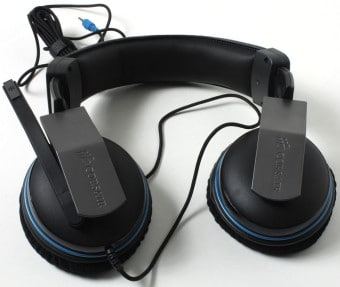 Here you can see both sides of the headset as the ear cups can fold flat when not on your head. the ear cups are soft and allow easy long-term comfort and should provide a good sealing for the sound and good solid overall punch but we will find that out after the overview. The left side ear cup  carried the swing down mic which is a noise canceling microphone to ensure your team hears you and less ambient noise.

The frames of the 1400s carry similar styling to other Corsair headsets making it match with even the more expensive models on the market. The overall design is very good with a thick headband to allow maximum comfort during extended gaming sessions.

The dual 3.5mm plug on the 1400’s is used one for the headphone portion while the microphone gets its own plug. This is nice but now with so many headsets having the capability to be used on mobile devices as well via a single plug adapter I wish this one had included such an adapter as it would really add to the flexibility of the 1400 headset. 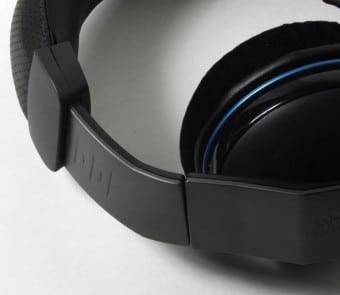 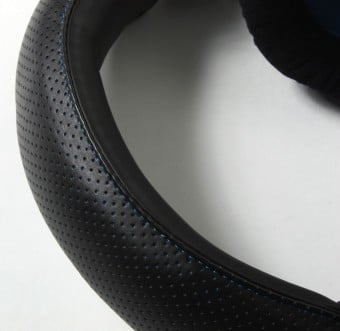 The headset overall has a nice sound although the bass really is not very strong but that could be affected by the ear cup seal around the ear as at least in my testing the ear cup seemed to rest a lot more below my ear than on the top and I even felt like it had a gap at the top and did not rest against my head which would cause a major loss in bass like I was hearing. Overall the clarity was good but it simply did not have the depth I would expect. Game sounds were every clear and overall pleasing even with the lack of bass.

The hardware or fitment is nice and light but as I mentioned before the ear cup movement simply feels limited which can lead to poor sealing which can hinder optimal sound reproduction and delivery.

The Corsair 1400 Headset is a nice simple headset without a bunch of crazy frills or features its simply a lightweight gaming headset that does what it needs to.

Digital Storm does not offer the Vengeance 1400 headset as of yet but it has many other Corsair models and this one at eTailers runs approximately $89.99

The Corsair Vengeance gaming set from Digital Storm do an great job at what they are designed for during gaming sessions and it is a smart move by Digital Storm to offer such gear.

The Corsair Vengeance gaming set from Digital Storm do an great job at what they are designed for during gaming sessions and it is a smart move by Digital Storm to offer such gear.