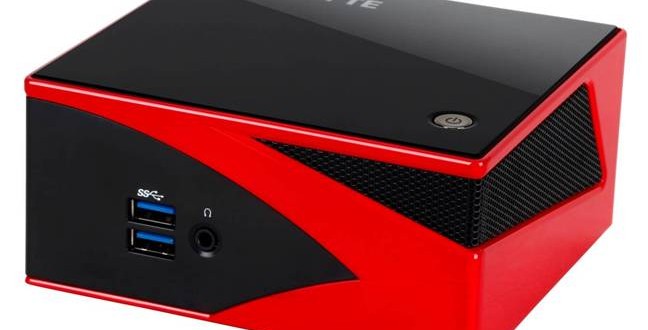 Gigabyte BRIX is an ultra compact PC that is not much bigger than a CD casing. Previously, Gigabyte has released BRIX that uses Intel processor but the company is expanding the line up with the introduction of the AMD APU. The latest entry into the family (model GB-BXA8G-8890) comes with AMD Richland A8-5557M APU, a quad-core processor clocked at 2.1GHz with 3.1GHz Turbo. 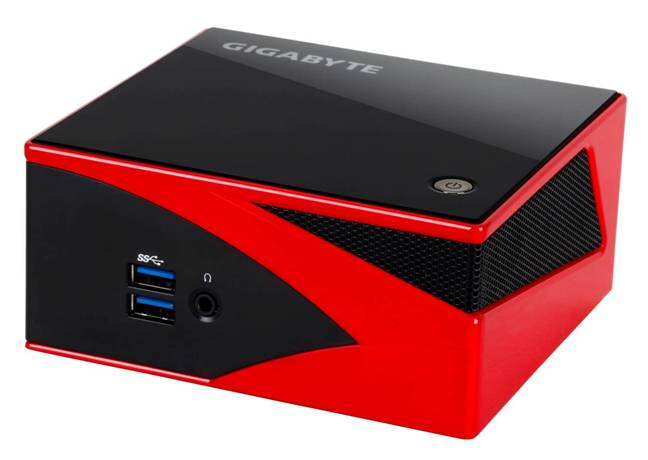 Unlike the Intel parts that uses integrated GPU, the AMD system comes with a discrete AMD Radeon R9 M275X graphic card. The graphic features 640 shader processor and is equipped with 128-bit of 2GB GDDR5.  So the tiny system could be a very nice tiny gaming PC.

The GB-BXA8G-8890 has 2 SO-DIMM DDR3L slot that can support up to 16GB of memory. For expansion, it has one mSATA slot, a half-size mini-PCIe slot equipped with 802.11 a/b/g/n/ac+Bluetooth 4.0 card, and one SATA 6 Gbps port. The system also comes with a Gigabit LAN port, one HDMI, one mini DisplayPort, four USB 3.0 (two on the front and two on the rear), and a Kensington lock port.