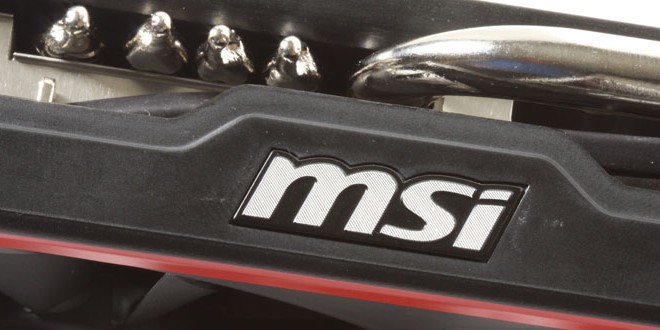 We will use the following applications to benchmark the performance of the MSI GTX 770 Gaming video card. 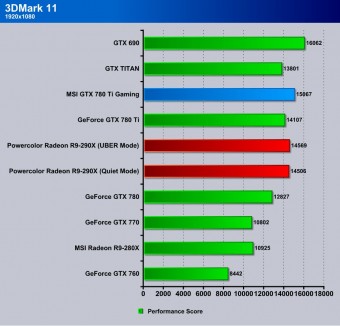 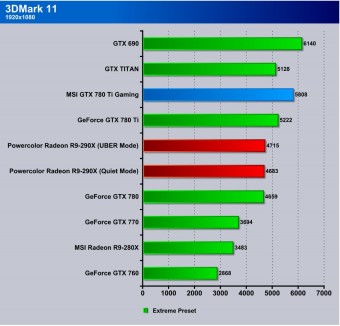 3DMark 11 shows some impressive numbers with teh Gaming edition Ti model pulling in between the 780 and the 690. 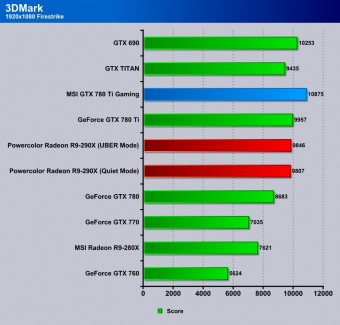 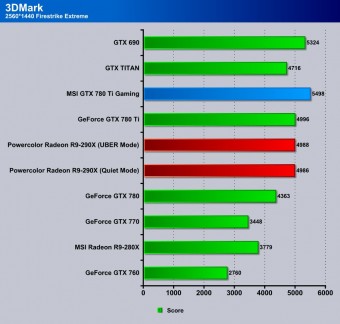 In 3DMark Firestrike and extreme the gaming Ti Edition pulls ahead of the whole pack but. 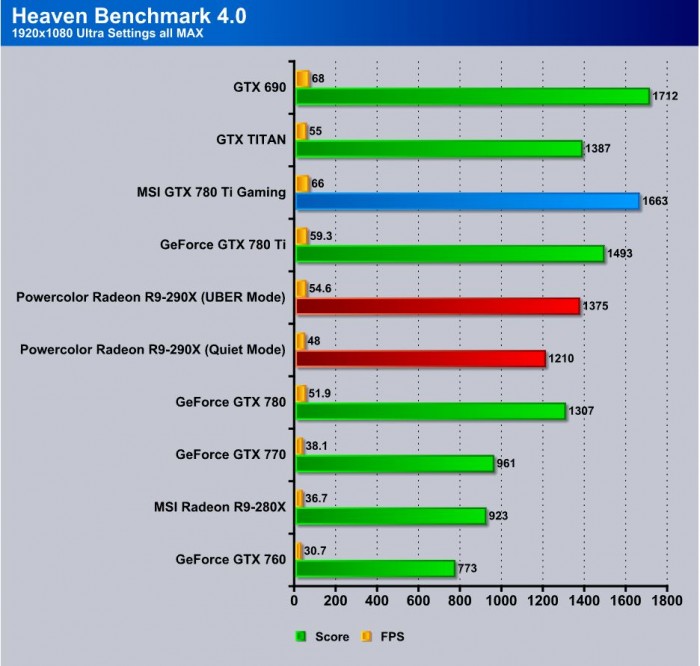 Heaven shows the potential of the MSI model with a over 6FPS gain over the reference model. 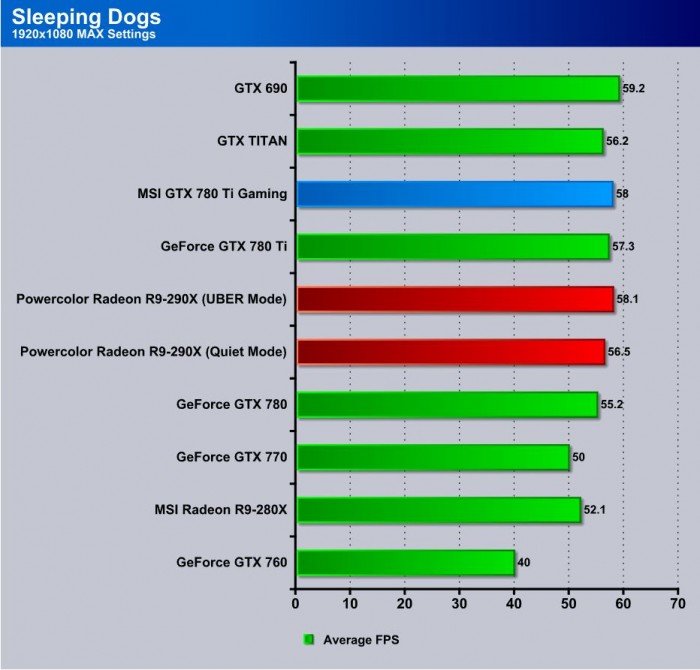 Sleeping Dogs being the Ti find itself a step behind the 690 but a step ahead of the reference 780 model. 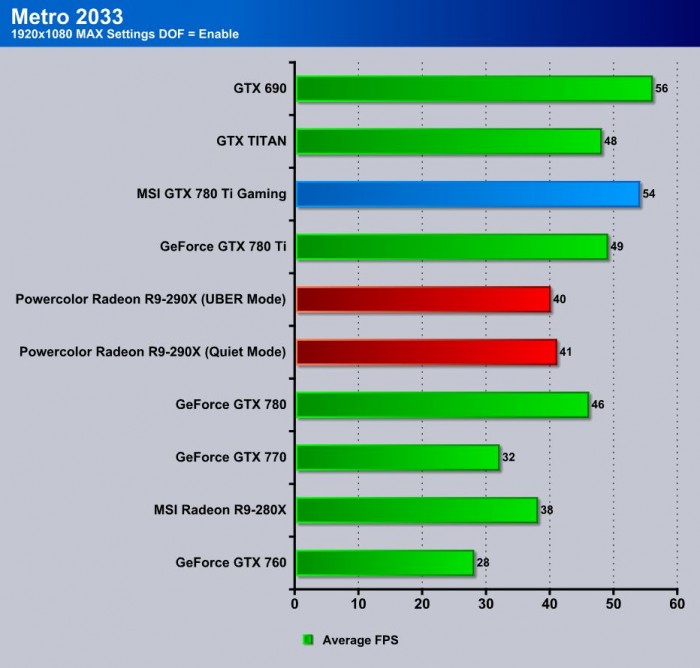 Even after many years, Metro 2033 is still one of the most demanding DX11 video games available to really push the limits of your system. Here the gaming model pulls a nice 5FPS lead over the reference while falling a couple FPS behind the previous gen dual GPU model. 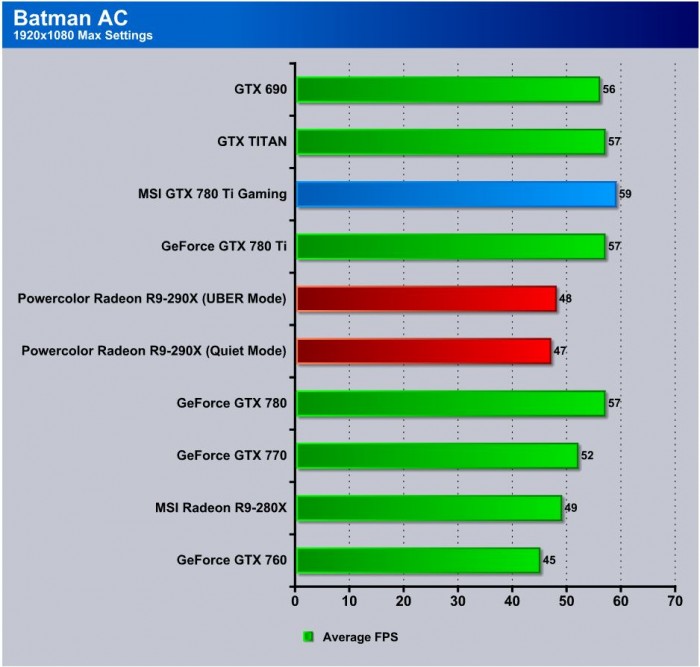 Batman Arkham City is a fun game and utilizes FXAA fully. It is nice to see the full screen anti-aliasing getting picked up by popular titles. Here bthe Gaming edition card once again takes a nice little jump ahead of the reference card and the rest of the pack in the process. 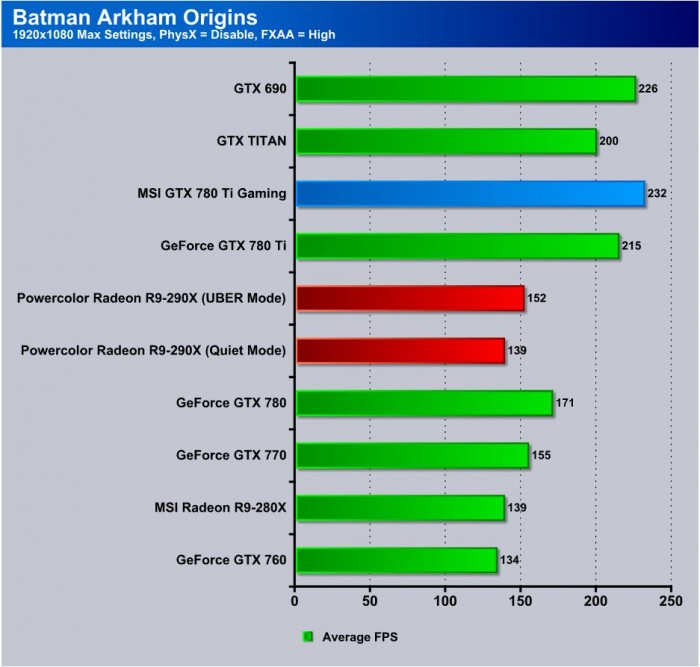 This is the newest installment to the Arkham series Batman games and in order to ensure an even playing field I disabled Nvidia Physx and Nvidia based AA sticking with a standard high AA variant to ensure as equal loading as possible. The Gaming edition card wipes the floor with the competition yet again! 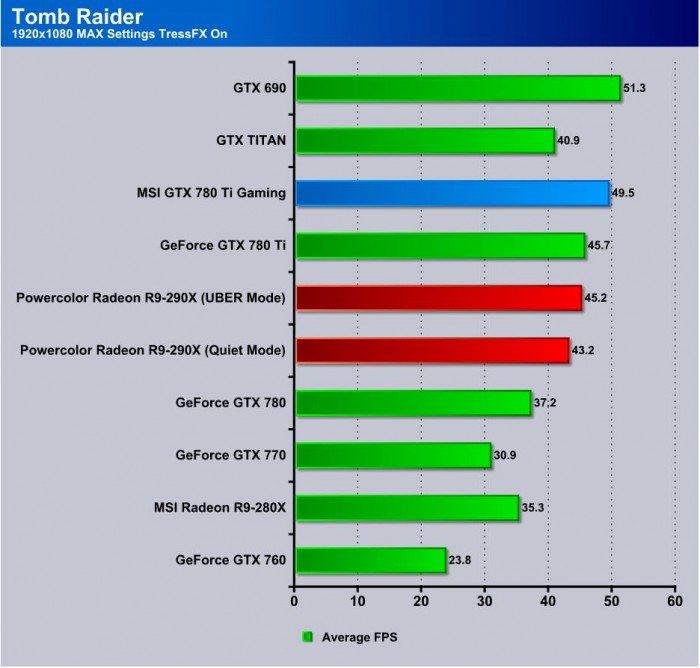 Tomb Raider once again is a heavily pushed title by AMD and with TressFX even after all of this time shows major issues like the hair looking like it was experiencing electro shock therapy to it just looking odd. The Gaming model Ti once again slots in right behind the 690 card and well ahead of the reference 780 at almost 5FPS gained. 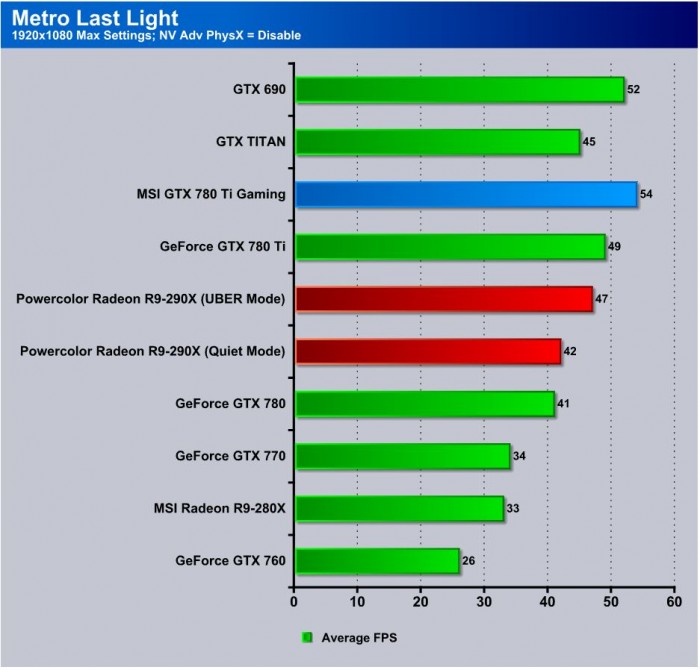 Here we have Metro Last Light which is a brand new game added to our testing platform as it just came out. If you thought Metro 2033 was stressful you have seen nothing yet. The particles and lighting, as well as the PhysX effects all add up to an amazing looking game that can put a stun even the most powerful system in its tracks. Once again we disabled the Nvidia technology PhysX to ensure even results and playing field. the Gaming edition Ti here shows a good result being 2FPS above the 690 and 5FPS average above the reference 780. 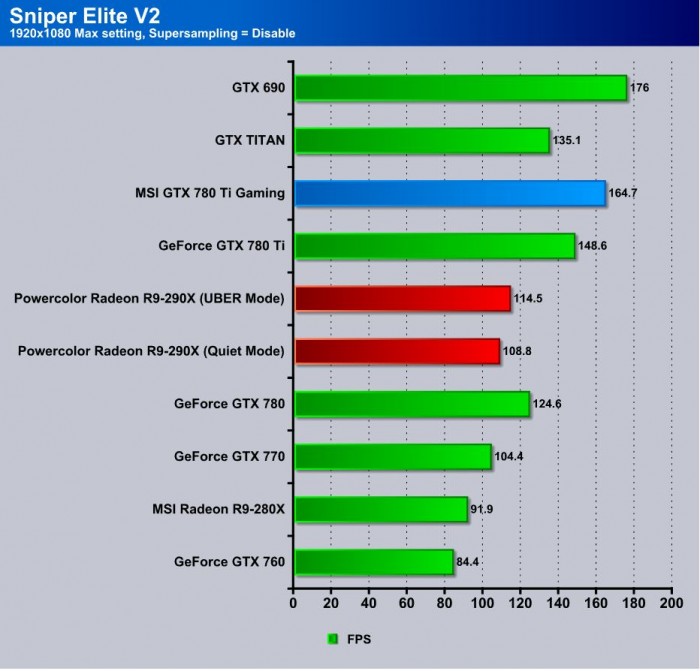 Sniper Elite V2 is a fun game which, when first released, was quite stressful but still playable on most higher end cards. By now, most cards have surpassed it, and the Gaming edition TI is no different pulling almost 165FPS average which is almost 16FPS over the reference model and a bit short of the 690 here. 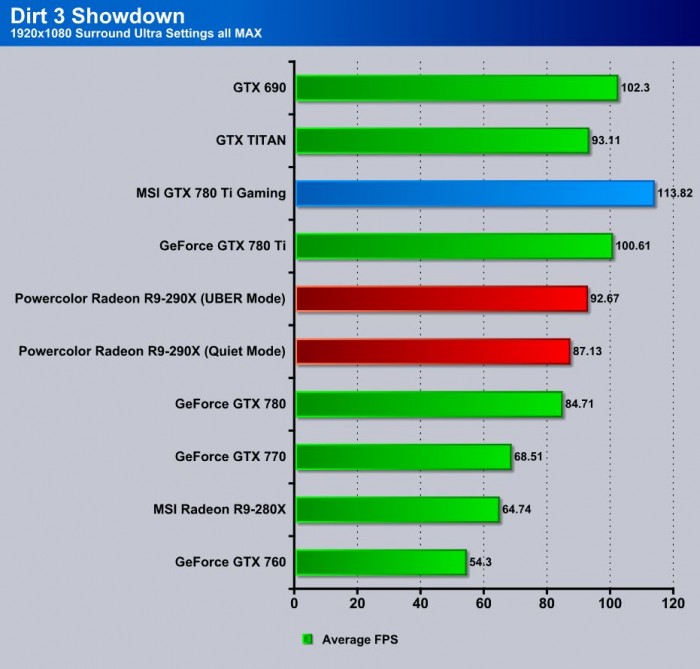 Dirt 3 Showdown is a visually beautiful game with excellent lighting and overall motion blurring creating a real visual spectacle of a game. The Gaming edition Ti pulls out all of the stops here and surpasses the 690 by over 11 FPS and the reference 780 Ti by over 13 FPS.