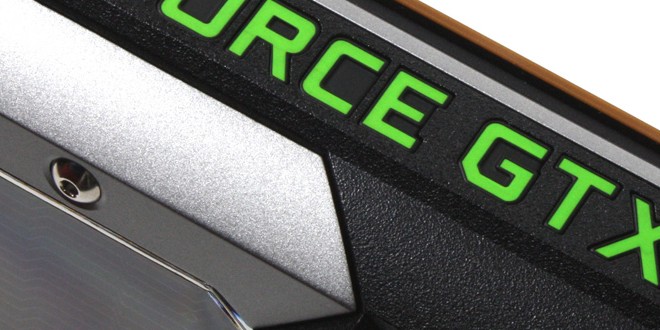 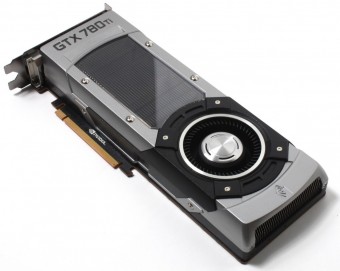 The GTX 780 Ti came in standard white box like all of the Nvidia cards we see, and here you can see it utilizes the same cooler as we have seen on all 7 series models except 760. The TITAN style cooler works very well and it cools amazingly and even stays nice and quiet while looking good as well.

The silver internal fins which we are used to seeing are replaced this time around with darker anodized black color fins, and honestly in my opinion it looks really really good. Also the 780 Ti engraving is recessed into the rear of the color body instead of being bright silver is also a black fill which once again adds a bit of stand out appearance to the card.

On the rear of the PCB there is actually not much different from a standard 780 model it technically looks like the same card, as well it is just with a different GPU and memory IC’s in place. 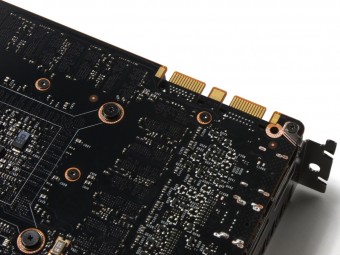 The display connectivity is about standard for what we have seen on the Kepler based lineup: 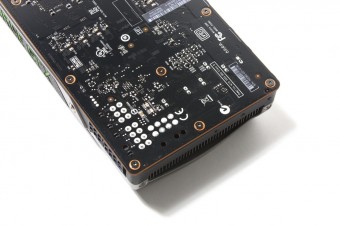 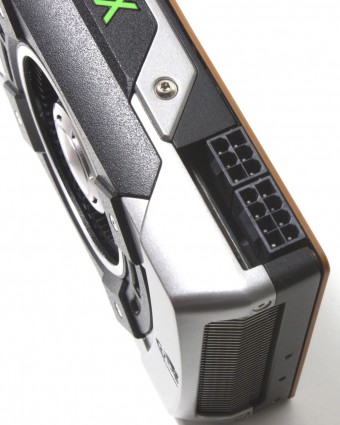 Here much like the TITAN or 780 models you can see the front facing provision for a PCIe 8 Pin connection which shows that this PCB is likely made for a much more expensive Tesla based compute card usage originally as that is normally where I have seen the front facing 8 pins in place. This speaks well for the rigidity and stability of the card as the high end compute cards from Nvidia are designed to take a ton of stress and load 24/7 and this means gaming and even overclock loads should b super easy for the board to handle.

The dual PCIe Connectors one 8 Pin and one 6 Pin matches similar to the TITAN and 780 models which are spec’d at 250W TDP as well so all is well here. 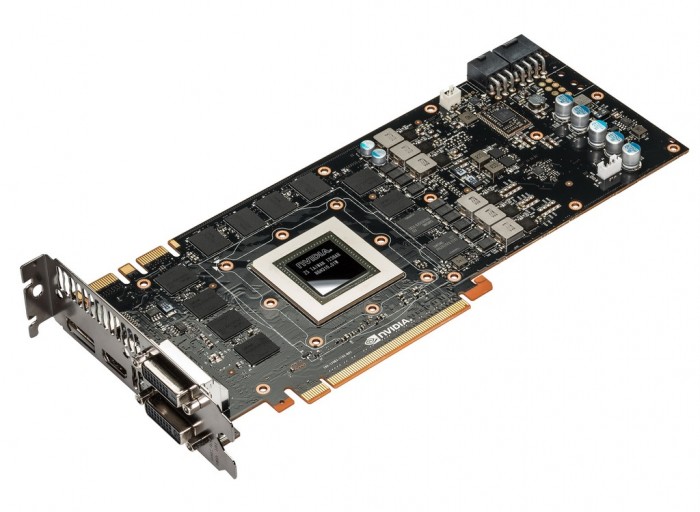 Here you can see the stripped PCB as supplied by Nvidia since I simply did not want to rip into the card with the short time I had to test it and retest. You can see that for all intents and purposes it looks very much like a 780 model and for good reason as I said before it is a 780 with a more capable GPU and memory.