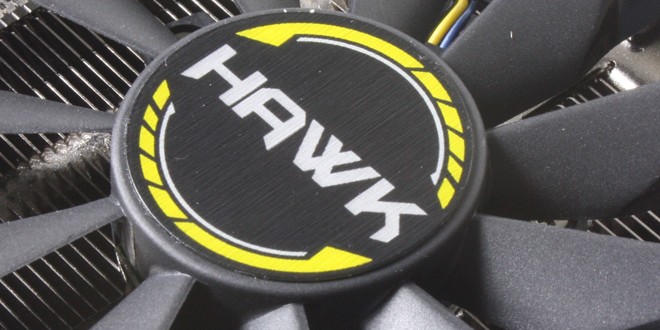 We will use the following applications to benchmark the performance of the MSI GTX 760 HAWK video card. 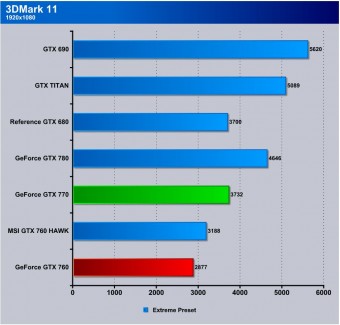 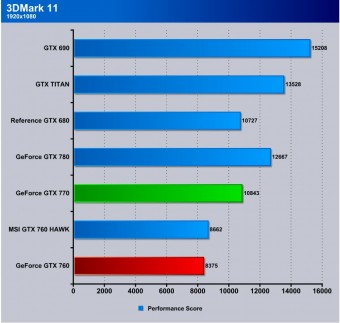 Here you see that the HAWK’s extra performance bump comes to good use here as it easily takes a few steps ahead of the competition and shows itself to be one of the fastest 760’s I have tested to date. 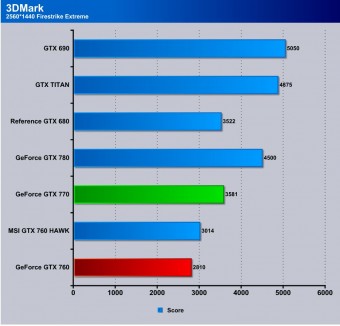 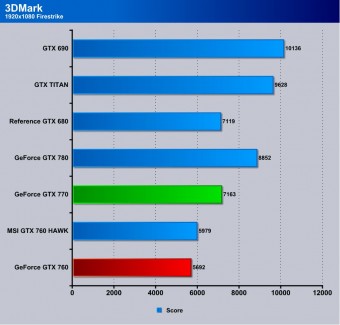 In 3DMark Firestrike and extreme the MSI 760 HAWK once again forges ahead with a strong showing which is not necessarily a surprise here as the units simply has a higher clock. 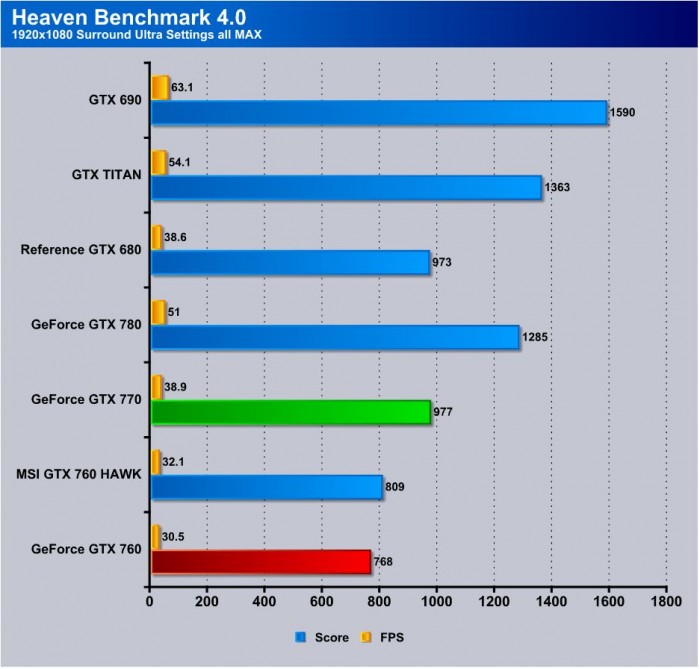 Heaven shows the MSI HAWK pulling almost a full 2FPS higher in heaven which is actually very good since the Heaven benchmark is extremely hard on the GPUs we have tested. 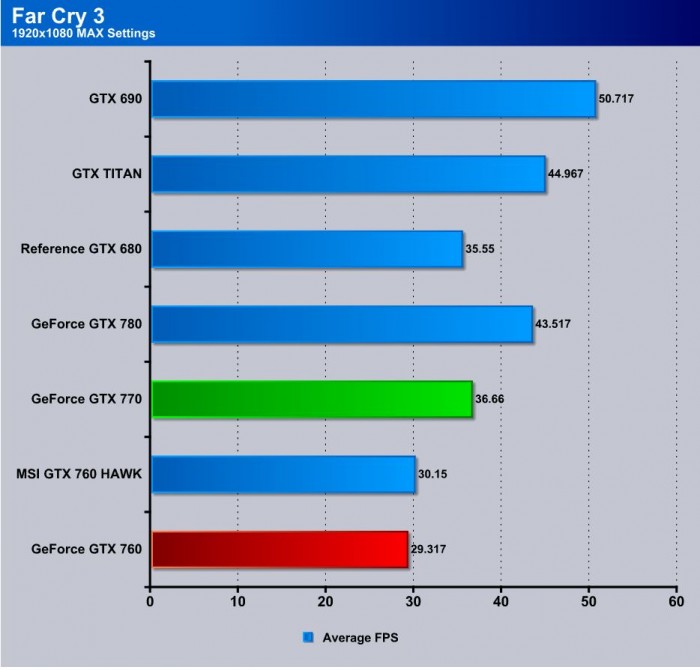 Moving over to Far Cry 3, we used a pre determined path and re-ran each card to monitor average FPS across the complete run. Each run was completed multiple times to ensure continuity and accuracy. Here we see that the HAWK simply pulls some lead on the reference card but the lead is not as large since the game is so hard on the GPU system. 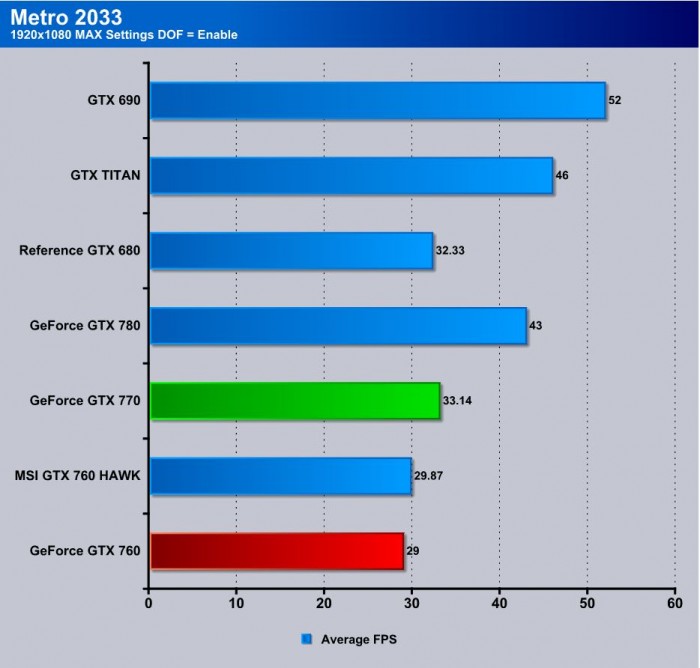 Even after many years, Metro 2033 is still one of the most demanding DX11 video games available to really push the limits of your system. Here the MSI GTX 760 HAWK gets almost a full FPS out of the box vs a reference clocked model. 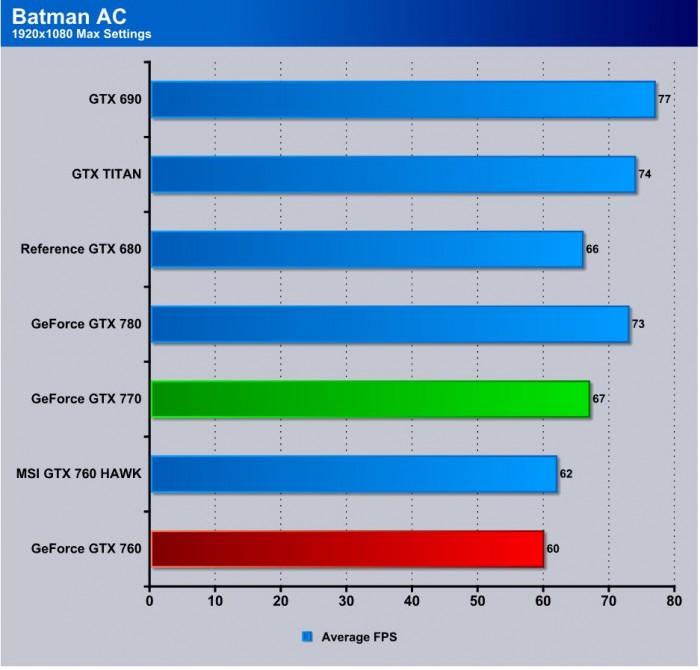 Batman Arkham City is a fun game and utilizes FXAA fully. It is nice to see the full screen anti-aliasing getting picked up by popular titles. When it comes to performance the MSI 760 HAWK gets a full 2 FPS bump over the reference. 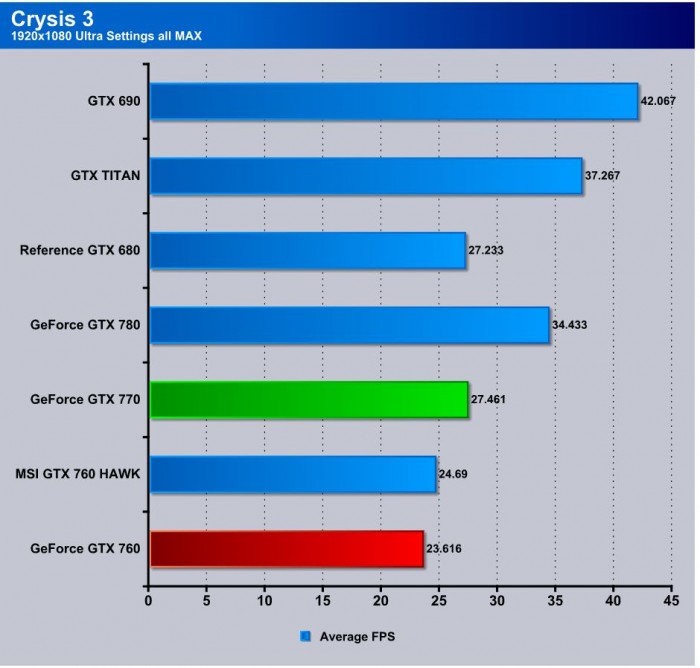 Crysis 3 is much like the original Crysis in that playing it at max settings is painful for even the highest end hardware. The MSI 760 HAWK definitely cannot pull a full 30FPS consistently as the load is just too high but the HAWK does gain a little over a full FPS just from the overclock itself. You would be better served with a second card in SLI or possibly even tweaking the settings down a bit. 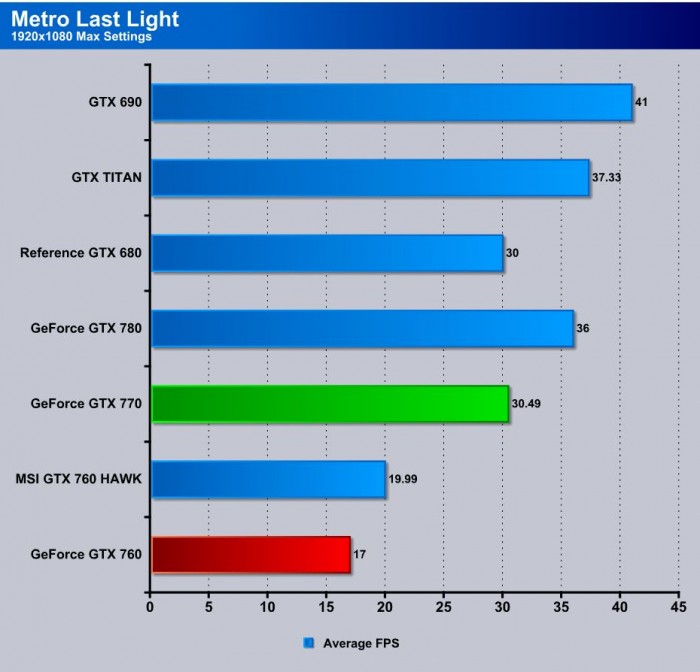 Here we have Metro Last Light which is a brand new game added to our testing platform as it just came out. If you thought Metro 2033 was stressful you have seen nothing yet. The particles and lighting, as well as the PhysX effects all add up to an amazing looking game that can put a stun even the most powerful system in its tracks. Here the MSI 760 HAWK pulls in just barely under 20 FPS at 19.99 Average which means definitely you need a multi card setup or settings will have to be turned down quite a bit to get nice playable frame rates. 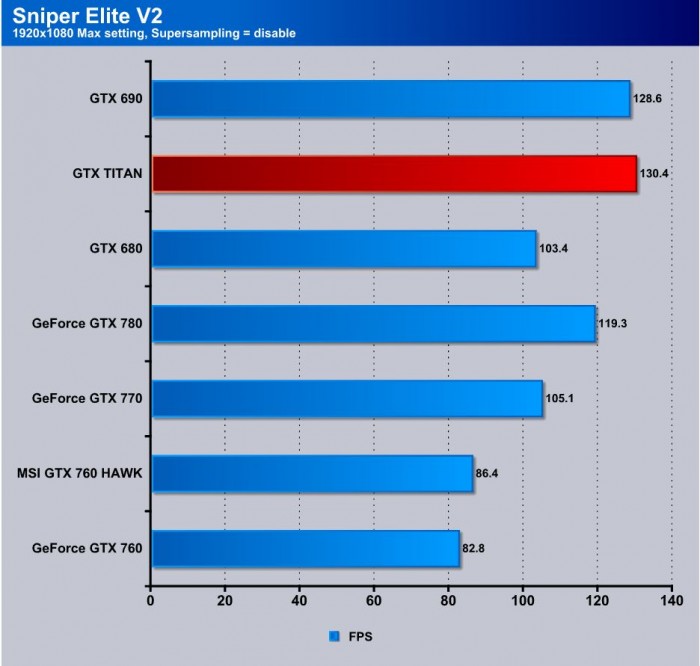 Sniper Elite V2 is a fun game which, when first released, was quite stressful but still playable on most higher end cards. By now, most cards have surpassed it, and all of the cards we are testing here today break the 60 FPS mark for average. The MSI 760 HAWK easily peaks at 3FPS+ past the reference clocked models. 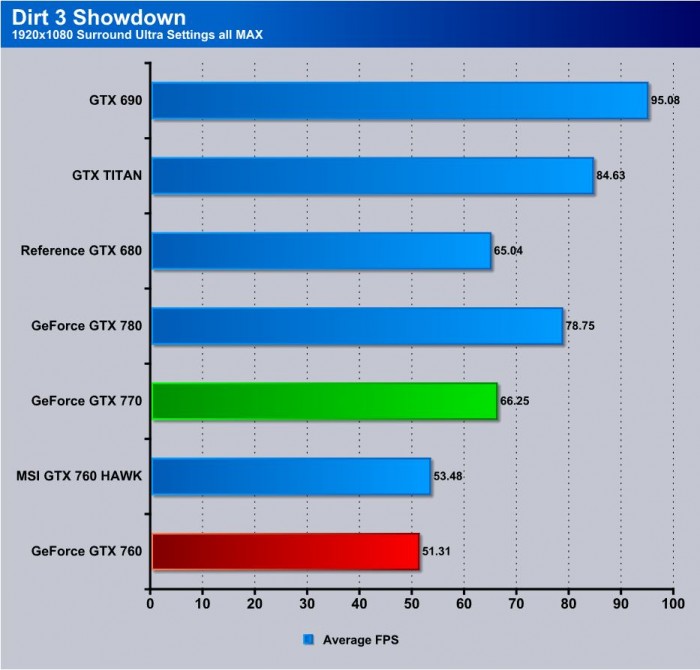 Dirt 3 Showdown is a visually beautiful game with excellent lighting and overall motion blurring creating a real visual spectacle of a game. The MSI 760 HAWK pulls over 2FPS average higher than the reference clocked models and easily makes for playable framerates.