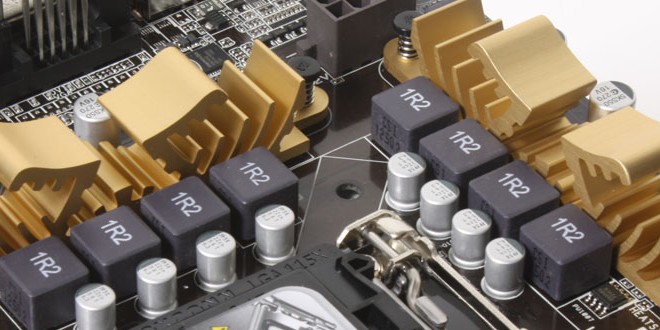 The easiest and most common way to raise the clockspeed for the CPU on a Kseries chip will be the multiplier. By simply tweaking CPU Vcore up a bit and upping the multiplier to 46, we got our comparison speed which this board did with relative ease. We were quite surprised that one of the most entry level boards could yield a fully stable high overclock within minutes of starting up. This is something that shows how ASUS optimizes not just the top end boards but the platform as a whole to ensure that all boards have the same capability, although it may take a bit more tuning or tweaking to reach such clocks on the more mainstream boards, as they are not out of the box tuned with profiles to easily set extreme clocks.

Memory is something that Haswell does very well and we can say with certainty that the Z87-A is no slouch, pulling our Patriot Viper 2400MHz speed up to 3000MHz while keeping timings very tight, which is quite a feat.

Important note: Overclocking can cause component failure.  Please exercise caution when attempting any level of overclock on system components.

The reason temps may look a little lower than seen elsewhere online is that wee are using a custom liquid cooling loop compliments of Swiftech which helps us reach an area of much higher headroom for overclocking and performance testing. 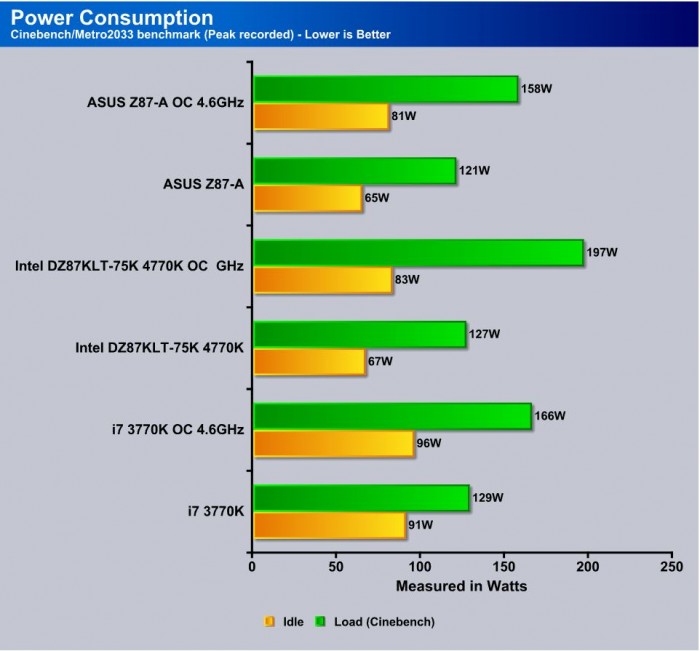 The power consumption is measured without a GPU installed but the iGPU loaded to see what the best representation of peak power consumption you can expect. Notice that it looks like some of the ASUS optimizations pay off here as this board even pulls less power than the Intel reference board which is very basic to begin with. 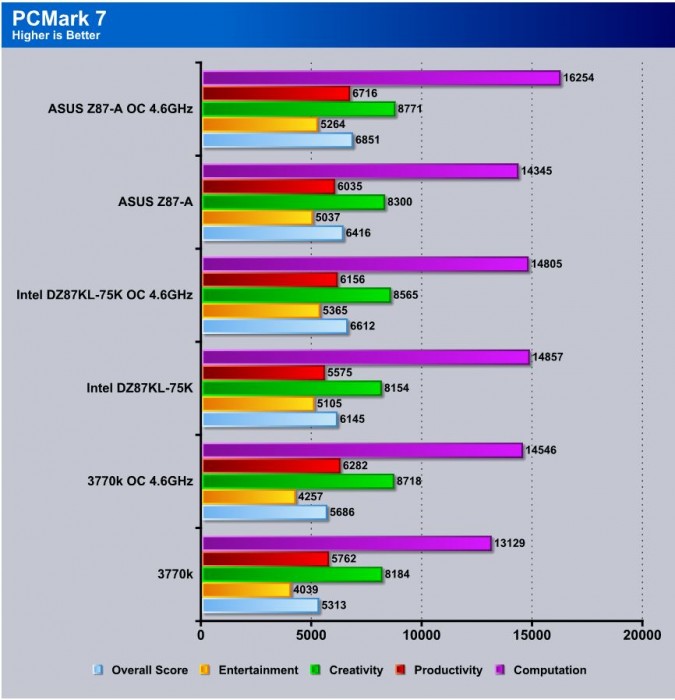 Here you can see that even on the entry model the deep level tuning is very good and nets great results from this board which is actually not far off from the top end Maximus boards while costing significantly less. 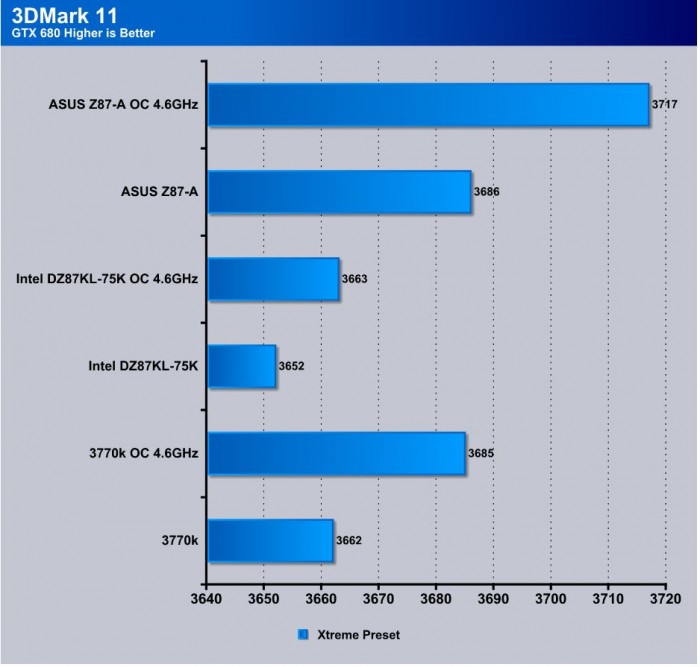 Here you can see that once again the platform is virtually siilar with only a percent or two difference which means for anyone looking for a good gaming rig could definitely pull off a nice system at a great value. 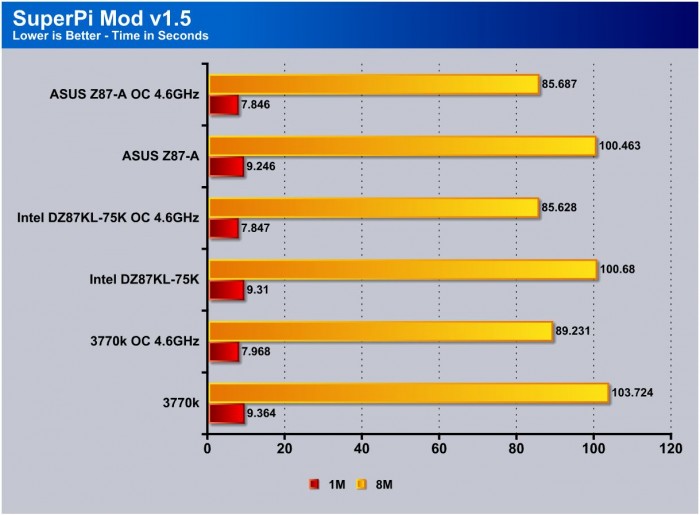 The Maximus board gains a little ground here as the Z87-A simply does not have the tuning for such benchmarks in pace and therefore you lose a few percent here but all in all not a huge loss. 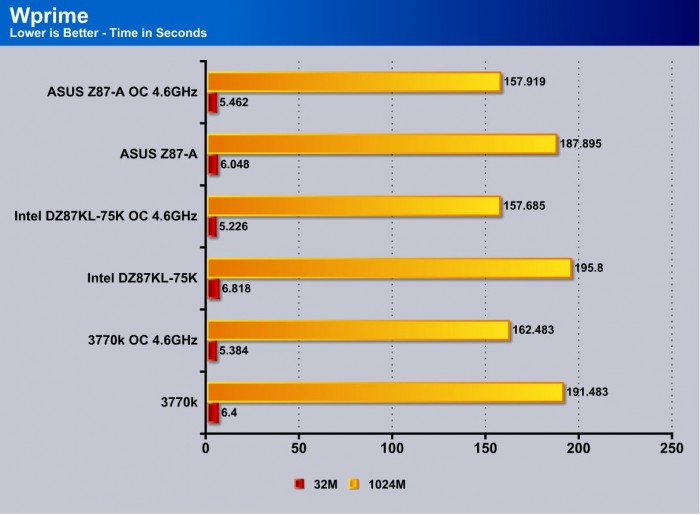 WPrime is similar to Superpi, but is multi core aware and you can set the core count. We used 8 cores to take advantage of the 4770K’s HyperThreading ability. Here the Z87-A easily comes within a small percent of the top boards which shows even under ehavy workloads this board can do the job very well. 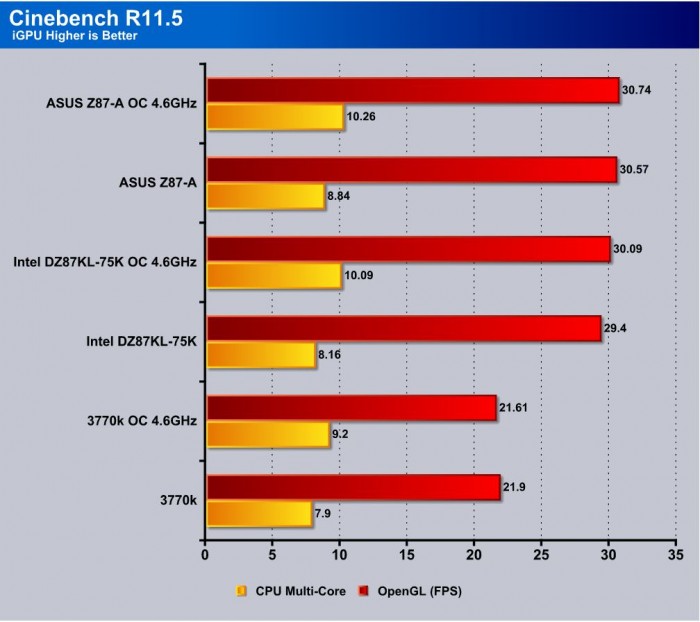 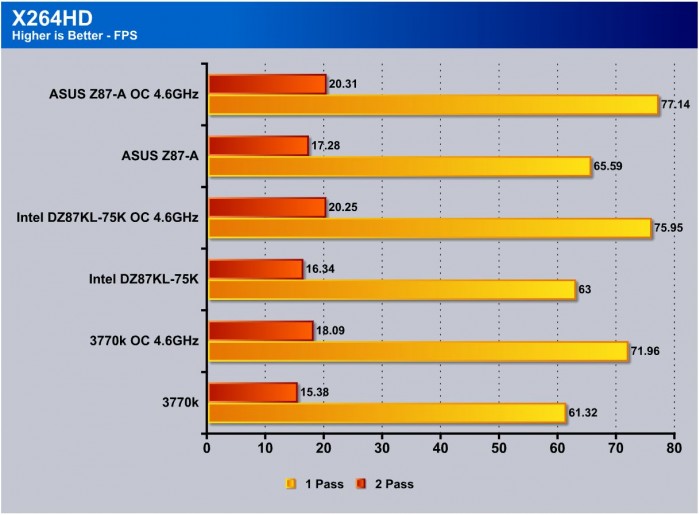 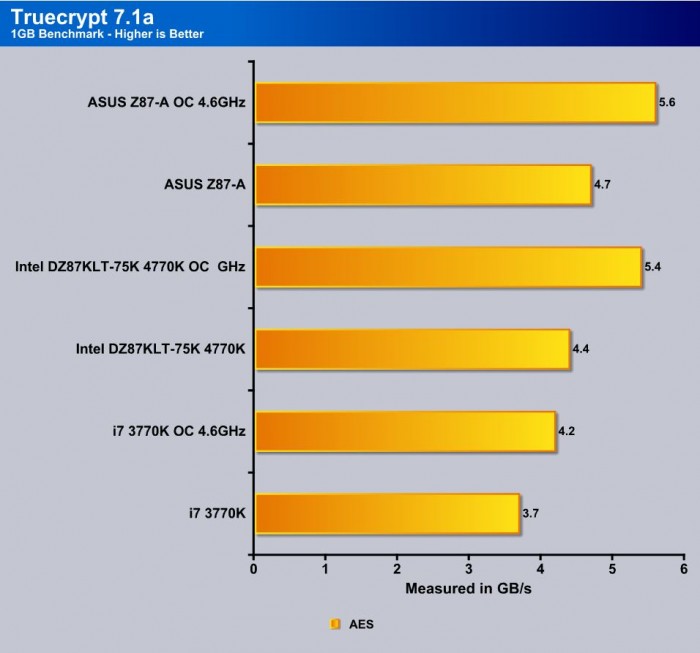 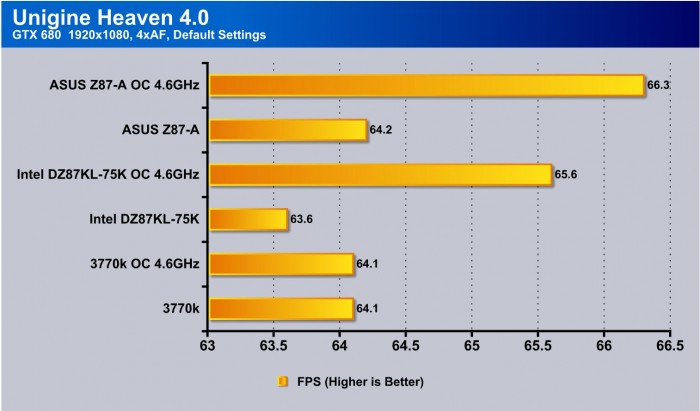 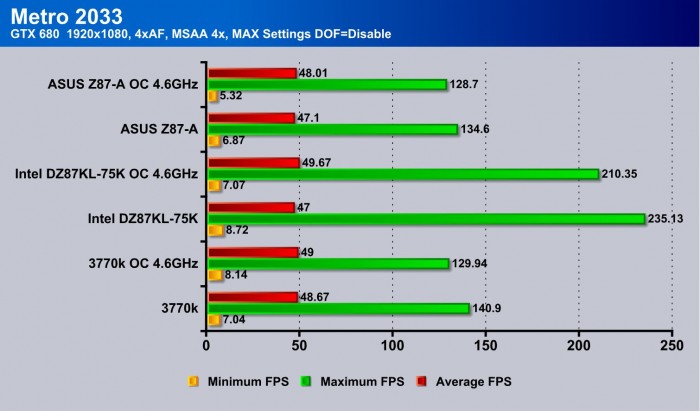 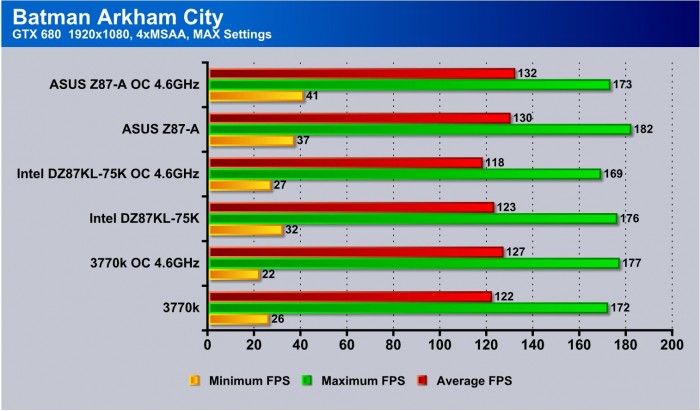 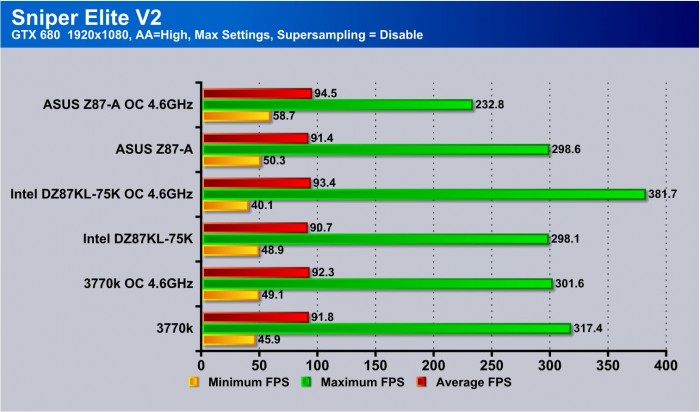 The overall trend here is the same as for the other discrete GPU results, with only slight differentiation depending on the specific board tuning.

The Z87 -A board is a excellent accomplishment by the ASUS design team as it is super simple and while it may lack some bells and whistles it puts down some excellent performance at a great price point.

The Z87 -A board is a excellent accomplishment by the ASUS design team as it is super simple and while it may lack some bells and whistles it puts down some excellent performance at a great price point.