This card finds the same fate as the rest we have tested as Catalyst Control Center puts a immediate wall into place at 1200MHz on the GPU and well thats as far as we could go..  Figure approximately 6-7% performance increase and you have an idea of what to expect from pushing the card but it is worth noting that all of the OC models of the 7790 all seem to choose 1075 as their out of the box overclock which is a bit of a surprise. Normally you have one company fighting for a higher clock than the rest, but in the case of the 7790 all manufacturers seemed to play it very safe as 1200MHz was reached with literally the move of a slider.

The cooler was not as good as some we have seen on other 7790 models but still it was easily capable to keep the GPU at safe temps even at max CCC overclocks. The larger surface area and capability to displace heat with dual fans on the other models simply provides more thermal headroom here. 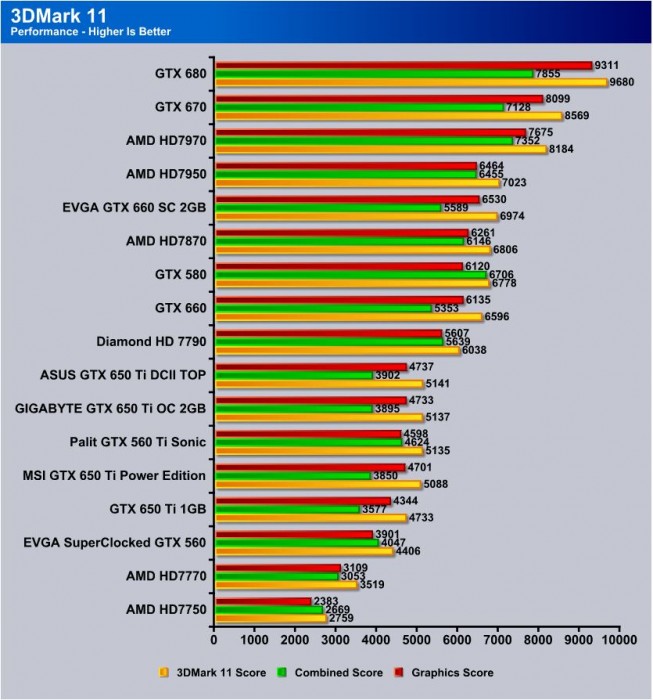 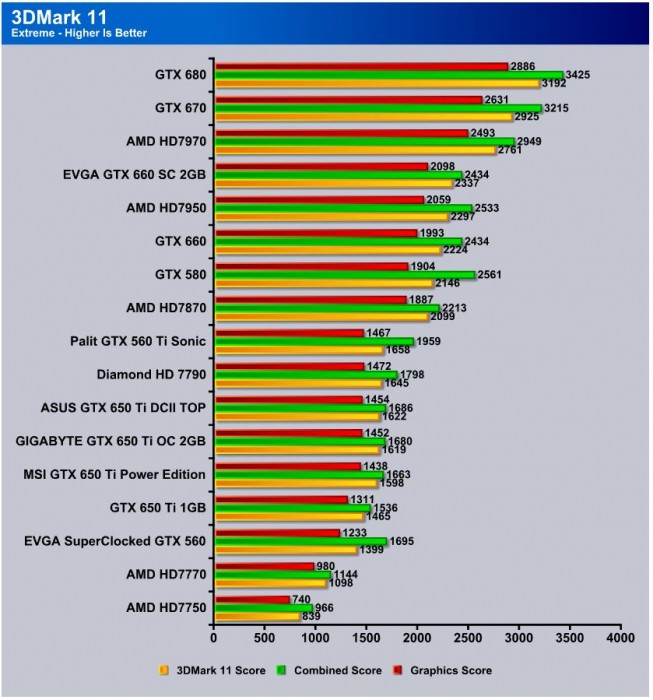 Here we see very similar performance as we have seen a few 7790 models now and they all running the same clock perform quite similarly. This is interesting as we said before normally manufacturers are fighting for top clock or performance but this round they simply stuck to a standard common overclock. 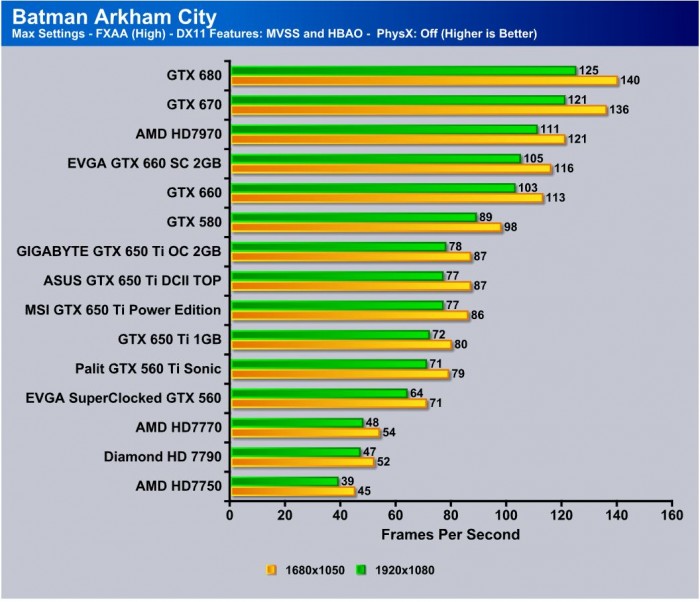 Batman again shows that the HD7790 pack is very close and within a percent of eachother although the Diamond card is showing slight signs of better efficiency which surprises me for such a basic design. 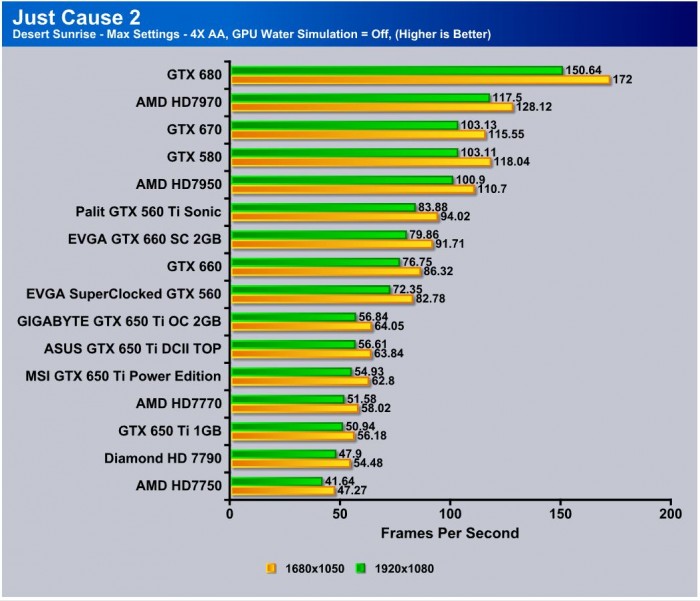 Here again, same thing and with all 7790’s pulling a score slightly below a 7770 I really want to see another driver for this card as we cannot imagine why this card would do worse than the 7770 but you never know as stranger things have happened.

Here with Lost Planet 2 we see similar results with the 7790 just trailing the 650 Ti by less than a single percent or about 0.2FPS at both resolutions. 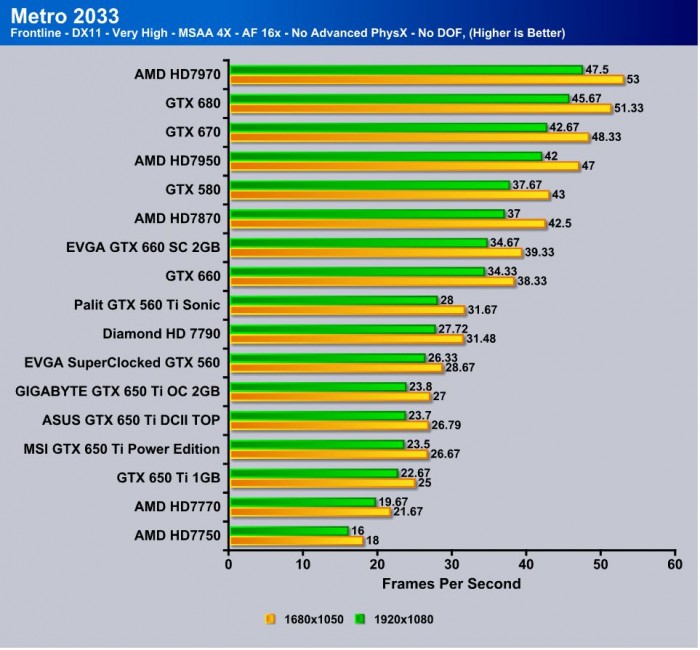 Metro 2033 likely one of the most demanding games that we have tested with, as it brings virtually every GPU to its knees. Here we see a trend that AMD does very well on this game returning very good results even on such a mainstream card like the 7790, as this game has proven to be a real killer in the past. 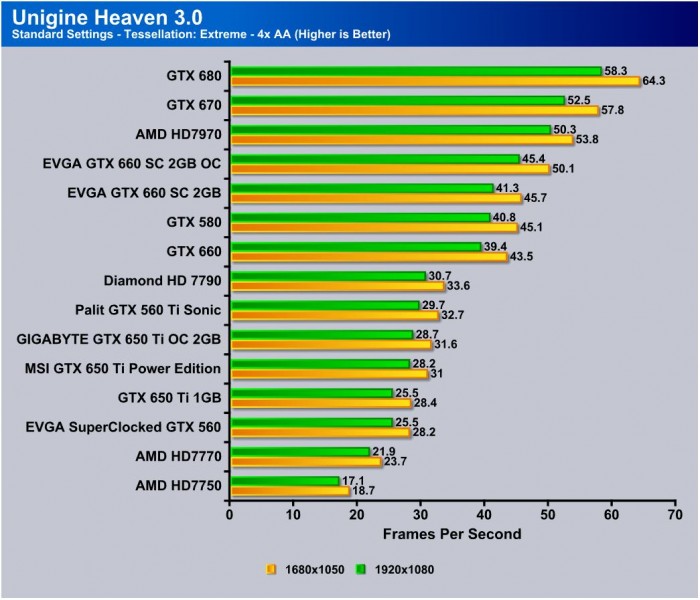 Unigine Heaven shows rather good results for the card as well at an average above 30 for both popular resolutions and besting some quite potent competition. 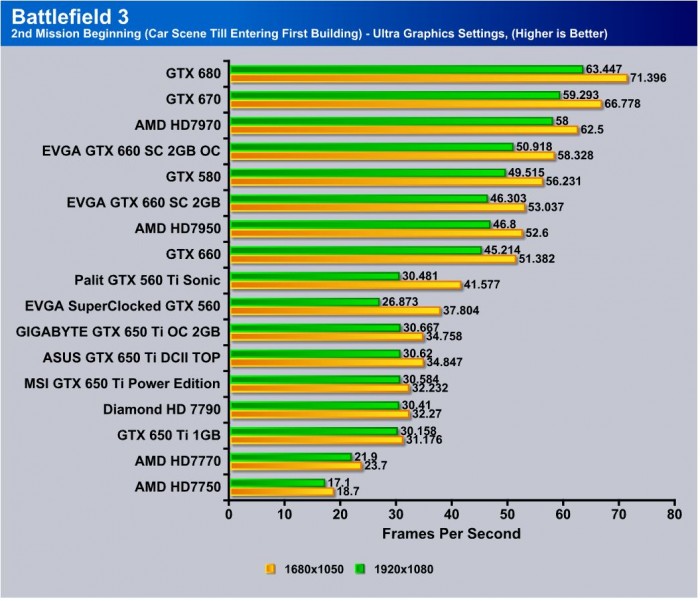 The HD7790 does well with Battlefield too, but stutters were prevalent and  tweaking down the settings at HD resolutions would be advised or maybe just a second card in Crossfire to help boost performance. Overall with settings still at a pretty level but maybe tweaked down a tad you could have a quite smooth game here.