The Powercolor HD7870 MYST edition card overclocks very similarly to what I have seen from other 7000 series GPU’s from AMD. The MYST being based on a cut down Tahiti I was not sure what to expect so I loaded up the system to take some runs and see how far the GPU could go.

Upon pushing the GPU I was surprised to see the Tahiti LE overclocks much like the full 7900 series GPUs I have overclocked before as the GPU ramped up to 1230MHz and was completely stable. Anything above that and stability started to become a concern so i stopped there and moved to the memory. Memory was able to be pushed to 1650MHz (6600MHz QDR) which means there shoudl be no bottleneckl on teh memory side but I have seen teh memory go higher but taht can vary from card to card.

The overall performance you can expect from this overclock in real world apps is approximately 4-7% depending upon the application. This may not seem like much but it is enough for a few FPS.

The Tcooler on teh MYST edition while it may be basic does the job and keeps things nice and chilly even at an overclock of over 1200MHz core. 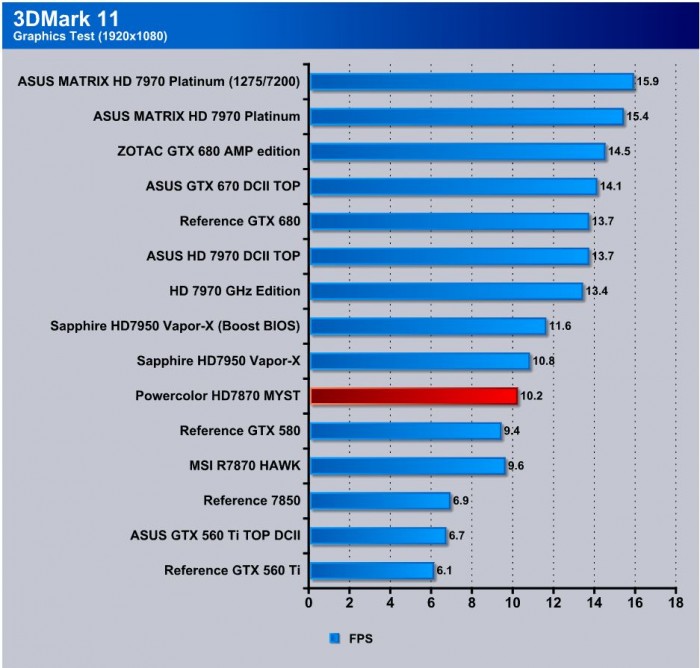 Here you can see that the new Tahiti LE makes for some very nice performance jumping well ahead of the 7870GHz edition and even the previous gen GTX580. This means that this card can be a very strong performer for anyone looking for a nice cool running budget card with massive gaming power.

Sniper Elite V2 is an interesting game based around being a highly skilled military sniper in WWII era. the graphics are quite nice and when cranked to max can be rather stressful for even a top end GPU. 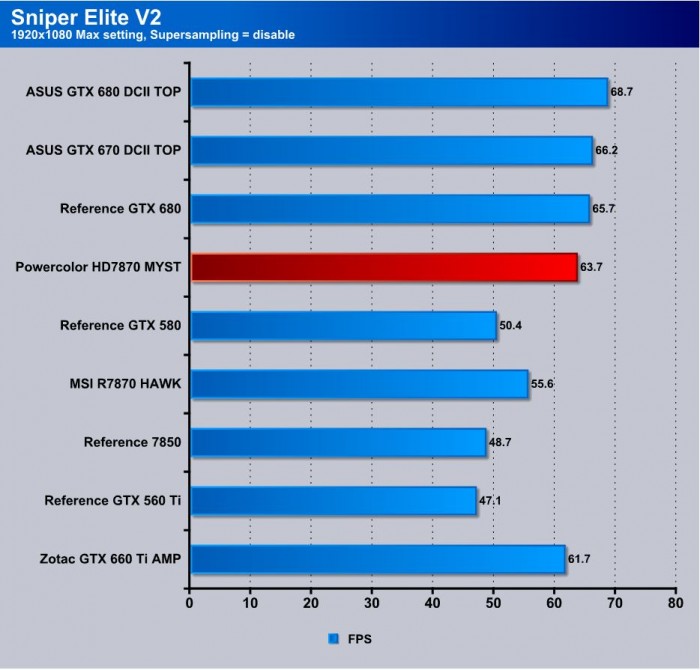 Here we see that the HD7870 MYST comes in right at the top just shy of the 680, as all of teh cards tend to bunch up at the mid 60 FPS level with this game. This card should pull more than acceptable performance levels at max settings. 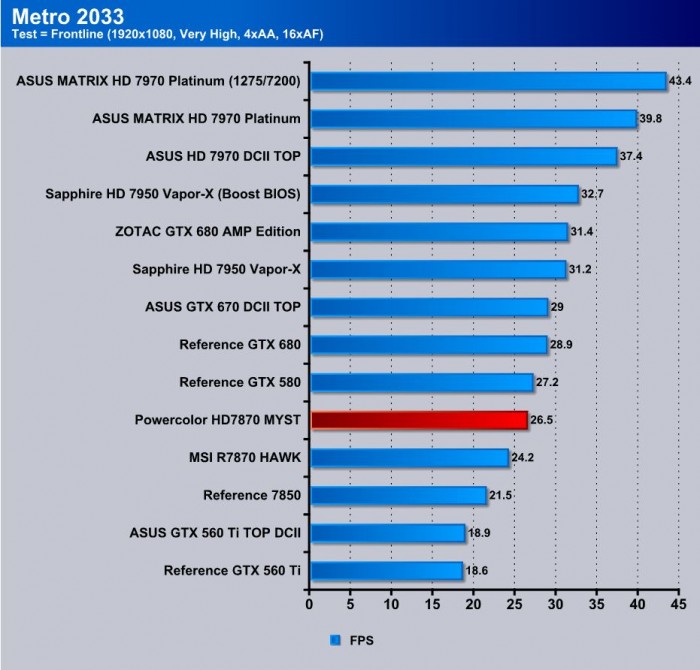 Metro 2033 likely one of the most demanding games that we have tested with, as it brings virtually every GPU to its knees. The MYST falls behind the GTX 580 on this one aas it slots just a couple FPS above the 7870 GHz edition, but still very close to playable framerates and if details were tweaked back just slightly I think this card could even play metro at nice smooth framerates. 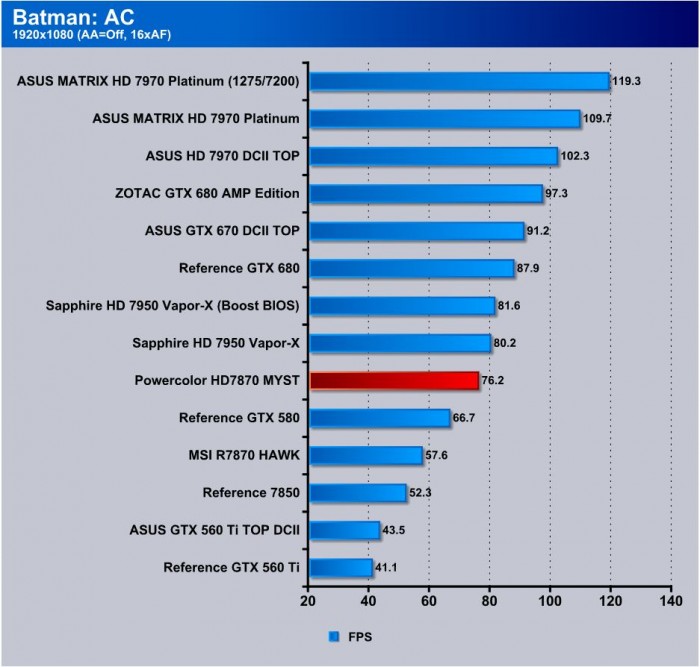 Batman is a popular game, which is why we include it. Here the MYST comes in right behind the HD7950 which is an amazing GPU and a testament to the capability of the MYST card. 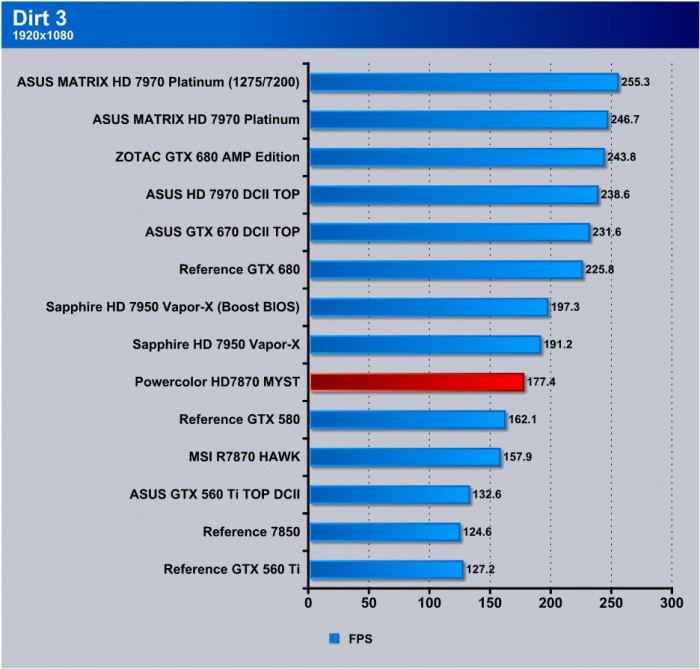 Dirt 3 was highly marketed by AMD, And the MYST does excellent with it as it churns out over 170 FPS once again easily beating out the GTX 580 and just on the tails of its much bigger brother the 7950 model card.