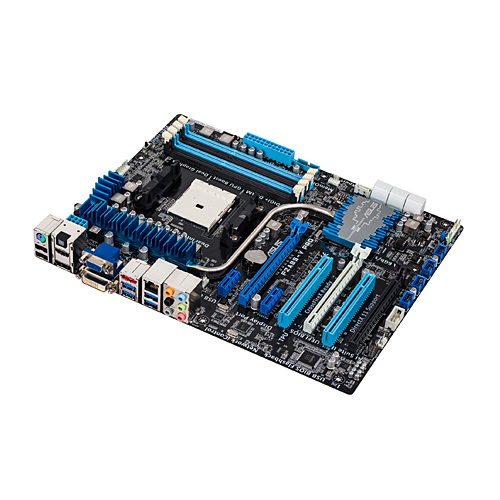 Benchmarks are not always indicative of the real-world performance. With motherboads, the performance difference are often not as big as it used to be since many components are now integrated into the CPU. Additionally, motherboards from different manufacturers are using the same chipset, in this case the AMD A85X, so there is not much there that can vary the result. 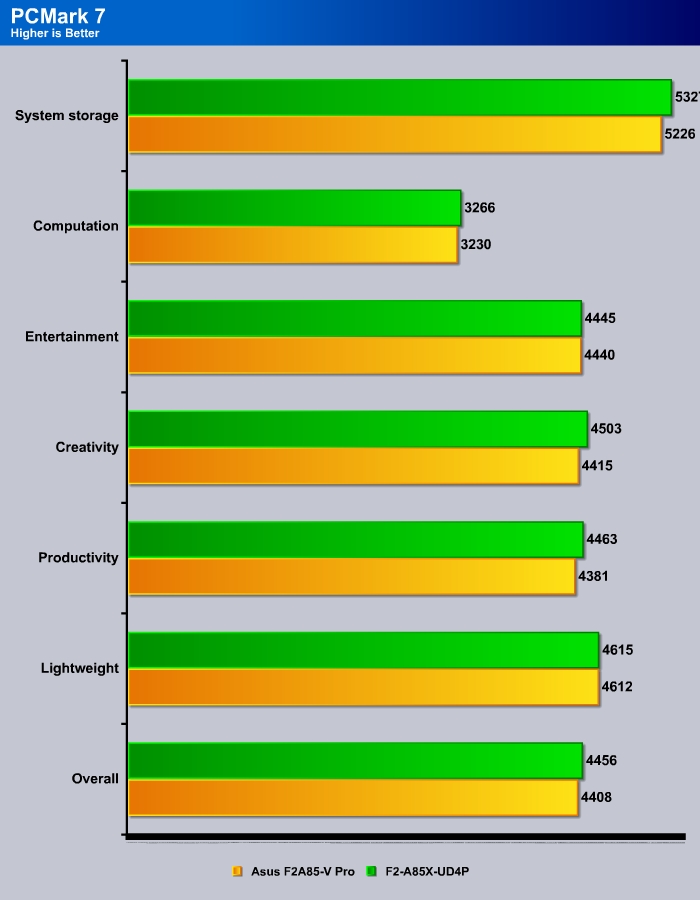 Comparing the ASUS F2A85X-V Pro to the Gigabyte F2-A85X-UD4P, we can see that the Gigabyte board is able to consistently yield a few points more. The difference between the two is so slim that it is still within the margin of error but it is nonetheless something that we observed.

We start off by comparing the 3DMark 11 score of the board running off the integrated graphics. 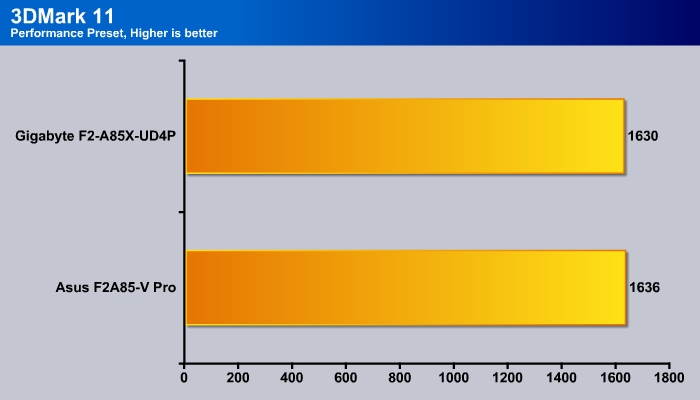 Testing the integrated GPU performance, we can see that ASUS has a slight edge here with 6 more points over the Gigabyte board. 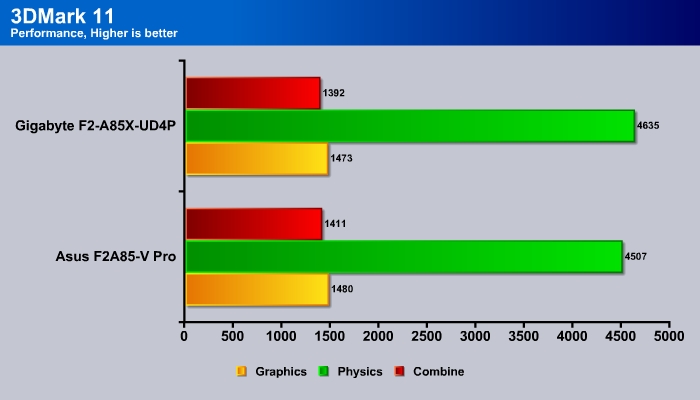 The ASUS board fares better with the graphics and overall tests but the Gigabyte board wins in the Physics test. We expected this given our previous results with the slightly higher CPU performance.

Of course, not everyone with the board will be using the integrated graphics. We tossed in the GTX 670 and and ran a few games to see the real-world gaming performance with a high-end card. 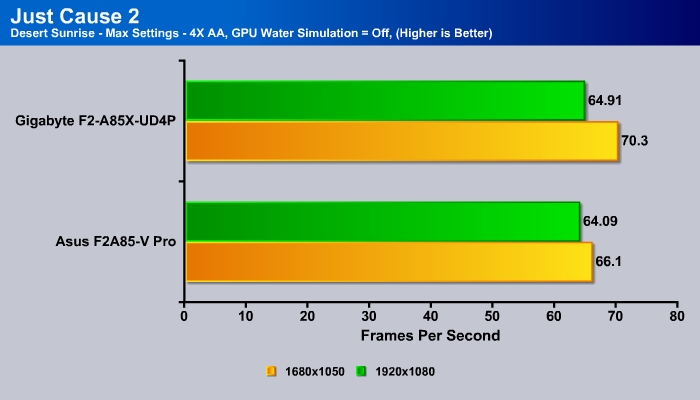 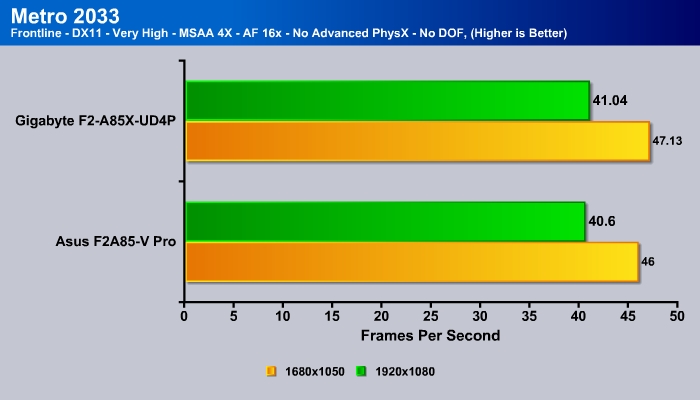 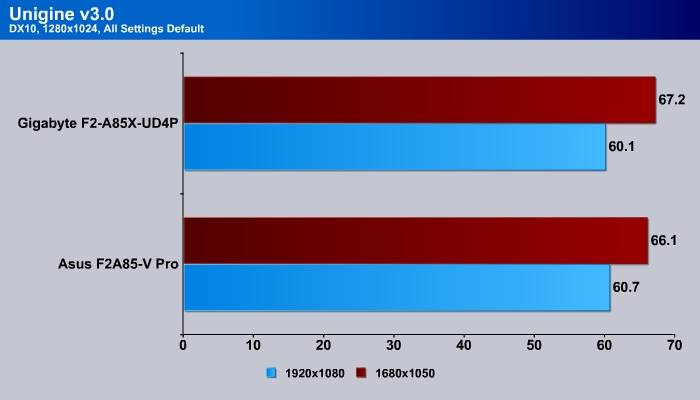 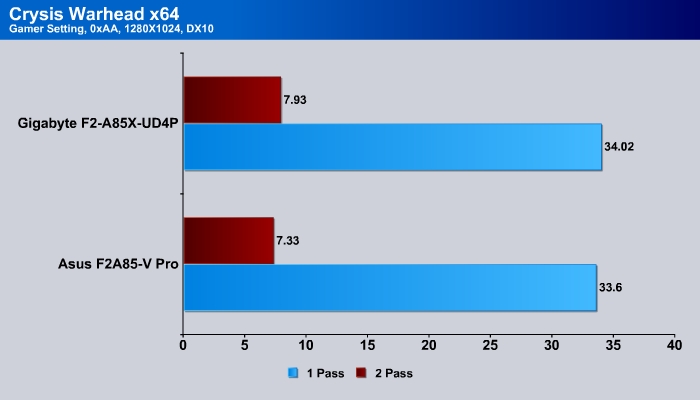 Like what we have seen so far, the Gigabyte board once again, is able to edge out the ASUS board in almost every test. The difference is ever so small that again, it is not going to be something that anyone would be easy to see in day to day basis.

When we reviewed Trinity, we did not have time to test the new A85X chipset’s SATA 6 Gbps transfer rate. Finally, we got a chance to install the OCZ Vertex 3 and ran CrystalDiskMark to see how well the new chipset performs. 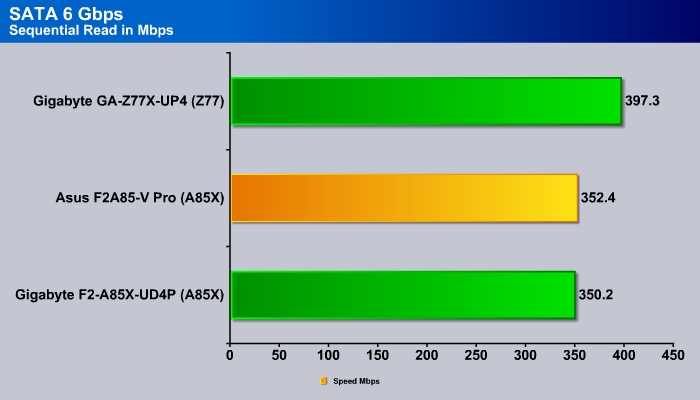 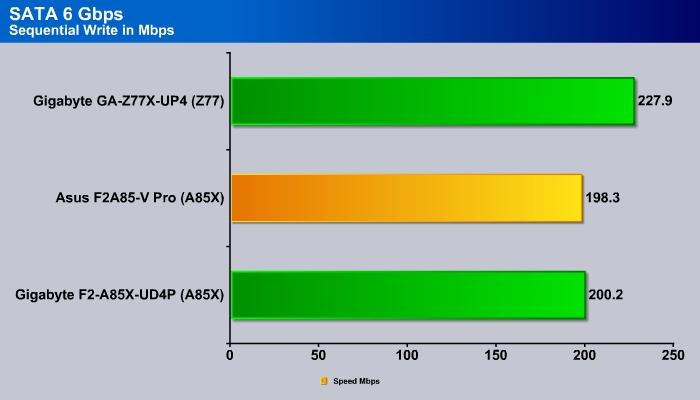 USB 2.0 performance on the A85X is also a tad slower than Intel’s offering. The difference here is not as big as what we have seen with the SATA 6 Gbps. 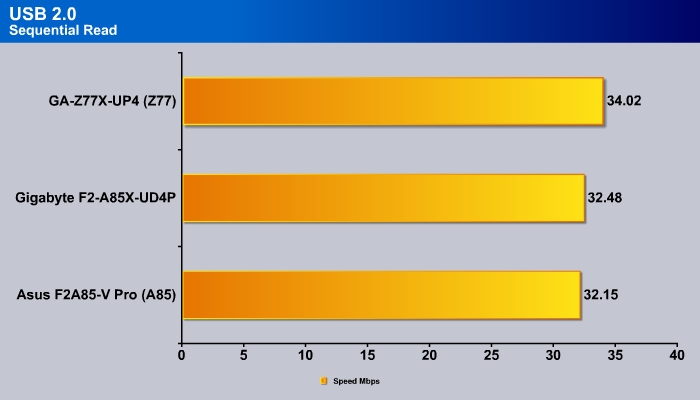 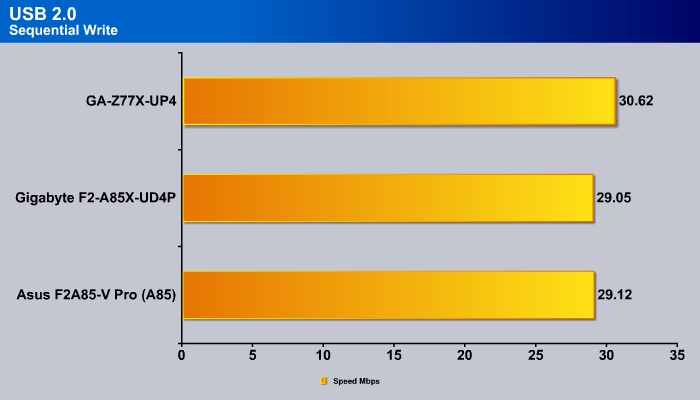 Comparing the USB 3.0, the Intel chipset again has a bigger advantage over its AMD counterpart. The Intel Z77 chipset is about 30% faster in both read and write than the AMD A85x. 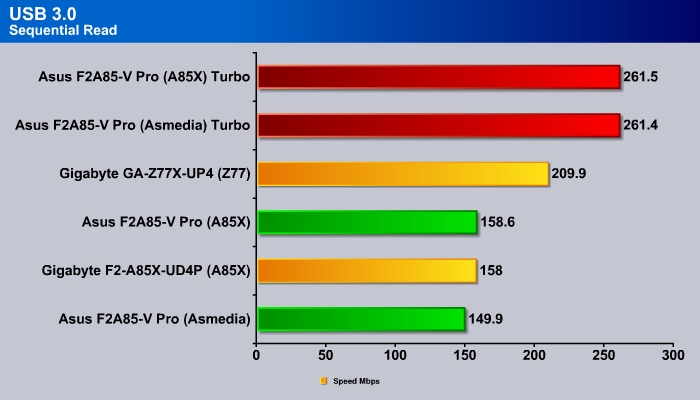 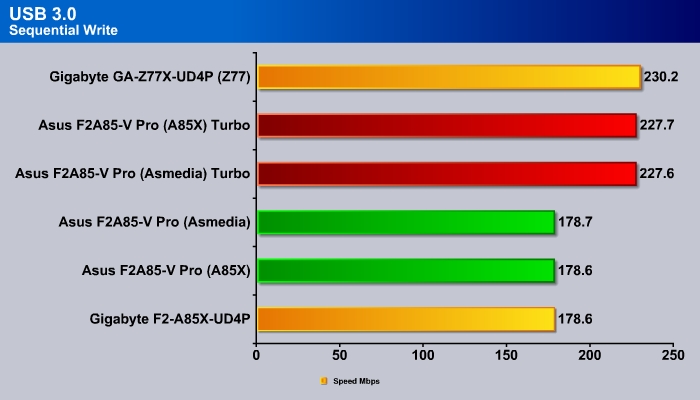 Since the performance of the boards will not necessarily be the determining factor for choosing one vendor over another, motherboard vendors have to find ways to be innovative and attract potential customers with unique features. This is an area where ASUS excels. The unique ability to provide higher USB transfer rate is definitely one of the great selling point for ASUS. Here we can see that when we enabled the Turbo mode, we are able to gain about 10% in the sequential read.

Inexperienced overclockers would appreciate ASUS’s TurboV function, which allows the board to automatically find the optimal setting for your hardware. The TurboV has two modes of overclocking: Fast and Extreme. We started with the Fast overclocking and the system goes through a quick reboot and within a minute, we have already overclocked our PC to 4.3GHz from the default 3.8GHz, or 13%. The GPU also sees a boost of 18% as well to 950 MHz. 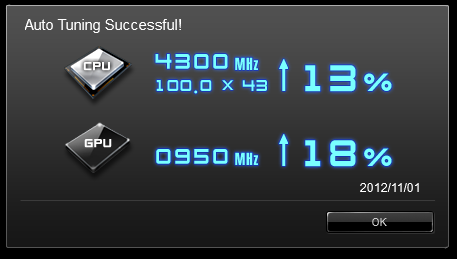 With the Extreme mode, we are able to get 100 MHz more to 4.4GHz and the GPU to 1013 MHz. The screenshot below shows us the settings that ASUS has used to achieve such speed. 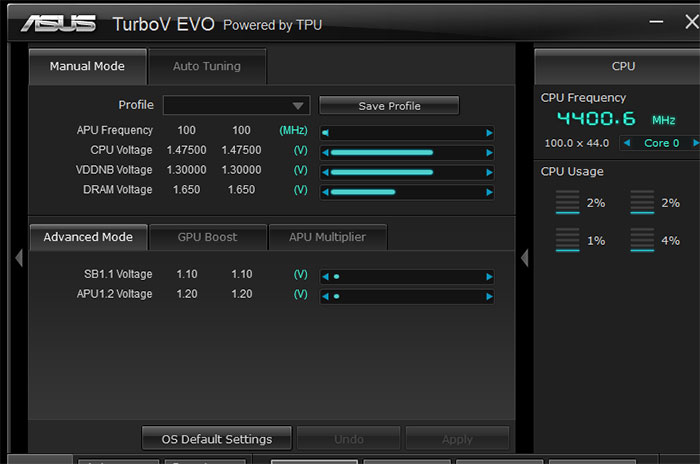 Unfortunately, our system would not pass the Prime95 stress test at 4.4GHz. Even after raising the voltage to 1.5V, we were still not able to run Prime95 for more than one minute without getting an error. Since our APU was already reaching 65ºC when we ran Prime95 on our air cooler, we did not want to risk damage the PC by pushing it any further. The latest AMD processors are often not the best overclockers on simple air or water cooling.

At a retail price of $140, the F2A85-V Pro is one of the most expensive FM2 motherboard on the market but ASUS has backed the pricing with plenty of features that users actually would find it useful. As always, ASUS offers the customer a wealth of control over their board with the excellent fan, power, and network control. In addition, we like the the USB 3.0 Turbo enhancements that ASUS has implemented. The board layout is excellent with a good low-profile heat-pipe cooling and a mix of expansion slots that offers the ability to supports triple wide video cards. It also leaves a nice assortment of slots if you’re running two dual-slot GPUs. The latest edition of AI Suite works much better than it used to be where we did not experience any lags and crashes. The software interface is intuitive and offers arrays of features that if you are willing to take a little bit of time to learn it, it does offer plenty of adjustments that helps you to improve the system performance.

When comes to overclocking, the TurboV overclocking feature is actually quite easy and find the optical setting rather quickly. Not everyone will attempt to overclock their PC but it is nice to see the board offers a simple solution for someone who wishes to push their hardware slightly beyond the recommended setting can enjoy the performance boost without spending hours messing with the settings.

We absolutely love the boot-to-BIOS button of the board (which can also serve as a power on/off switch). The USB BIOS flashback recovery feature is also a very neat feature. The only concerns we would like to see rectified are the lack of an onboard LED debug, Clear CMOS button, and possibly the inclusion of a WiFi and Bluetooth module that we have seen with other ASUS board. Ultimately, if you are building a new FM2 system, the ASUS F2A85-V Pro is one of the best boards available.