SSD’s are growing ever more popular, and we’ve reviewed a lot of them by now. Today we’re checking out the 256GB version of OCZ’s newest addition to the SSD lineup: the OCZ Agility 4.

OCZ makes a wide range of SSD’s, targeted towards various markets. The OCZ Agility 4 is an SSD targeted at the mainstream market. OCZ’s high-end SSD’s, the Vertex line, are targeted towards the performance/enthusiasts’ market. The OCZ budget line is primarily occupied by caching SSD’s, which are designed to be paired with a hard drive to give the platter drive a speed boost. The Agility 4 SSD comes with the Indilinx Everest 2 controller, which is capable of the 6Gbps of bandwidth transferred by the SATA III interface. Today we’re reviewing the 256GB version of this drive, which can retail around $160 online.

The Agility 4 SSD comes with a considerable list of features. The most important you should look for at this stage is the SATA III support. Before mid-2011, this kind of support was highly uncommon. However, the second generation of SSD controllers (such as the Indilinx Everest 2 or SandForce SF-2281) permitted for 6Gbps support, and the majority of SSD’s now come with this capability. For those who may not follow SSD’s, this is very important as the older 3Gbps limit of SATA II will bottleneck a solid-state drive.

In addition to the faster controller, the SSD also supports high capacities, ranging up to 512GB’s of storage space. This is good, because SSD’s traditionally have had lower capacities than hard drives: the high price of flash-based devices means high capacity SSD’s have found few buyers in the marketplace. However, quantities up to 512GB of space is nice to see as it alleviates some of the concerns users face about filling up their SSD’s. 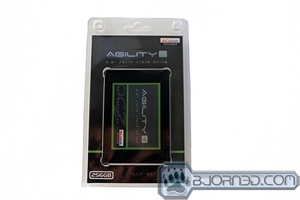 The OCZ Agility 4 comes in a clamshell standard package, which is thankfully not heat-sealed. 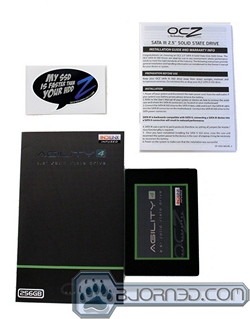 Inside the package is the usual SSD and a couple other accessories, such as the quickstart guide, a manual, and a sticker saying “My SSD is faster than your HDD!” This sticker seems to be shipped with all OCZ SSD’s, as the OCZ Synapse Cache also had it. However, OCZ seems to have skimped on the adapter tray that would allow this to fit in larger 3.5″ or 5.25″ slots, a departure from previous drives such as the Synapse. 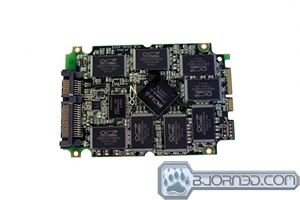 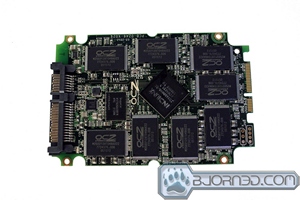 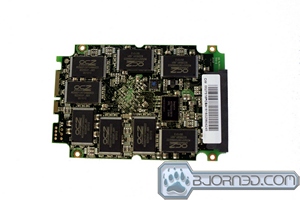 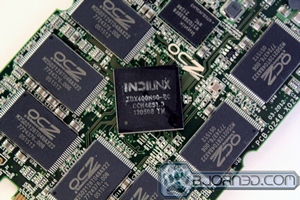 Here we actually get some shots of the actual internals of the SSD. The PCB has a total of sixteen chips of OCZ’s own branded MLC NAND: eight on the back and eight on the front. Each chip stores 16GB, and is controlled by the Indilinx Everest 2 controller we see in between them. What’s interesting about this SSD is that it not only has a SATA port at one end for use as a normal 2.5″ drive, it also has an mSATA connector at the other end, for use on boards such as the ASUS P8Z77 Premium, which carry an mSATA port on-board (mostly for caching SSD’s). However, in order to use the SSD in this configuration, you have to take it apart, which we do not recommend doing as it voids your warranty. We have done it for the purposes of this review. 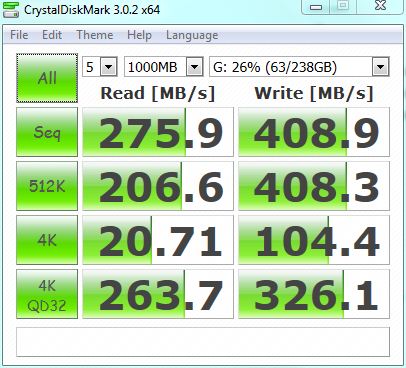 In CrystalDiskMark, the drive gives a strong showing, and performs within the expected range. It comes in below some SSD’s like the Vertex series, but keep in mind that these SSD’s are the highest-end, and often cost a small fortune for capacities like 512GB. 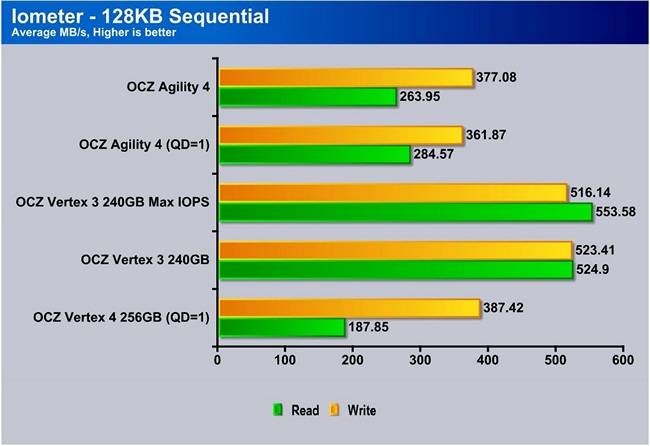 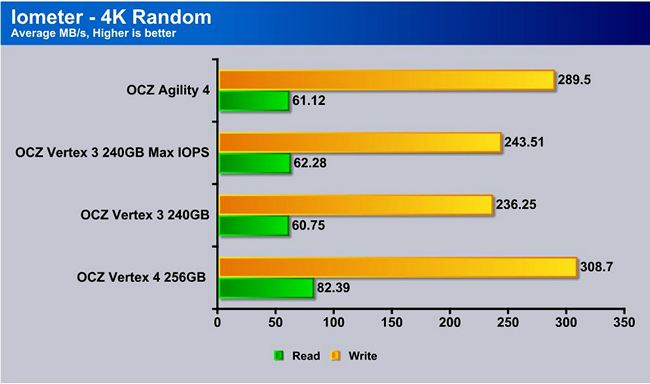 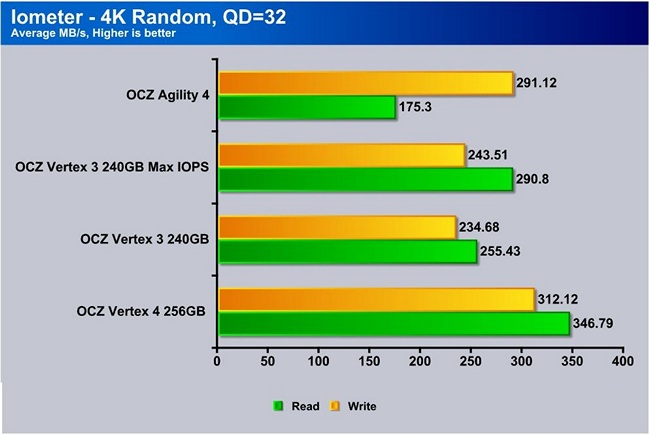 In IOMeter, the Agility changes places, in some cases doing very well, and in others doing very poor. It seems the drive is better suited to some workloads better than others. For instance, its performance at a higher 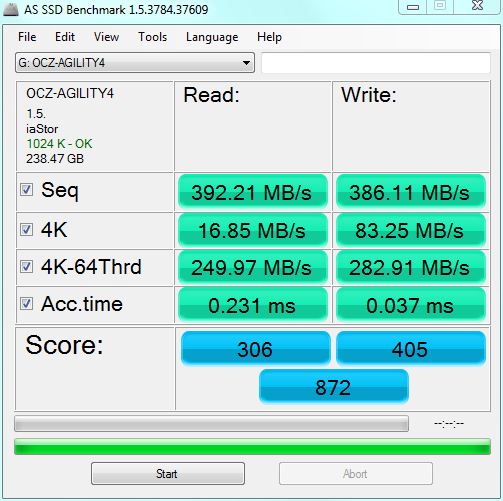 AS SSD uses all incompressible data, and the Agility 4’s mainstream roots can be clearly seen here. Without a high-end real-time compression engine, the Agility 4 returns a result significantly lower than what we saw in other benchmarks.

Here, once again the OCZ Agility 4 comes in as expected. It is not the best of the pack, but it is never the less a decent drive. It’s potential low price makes it more worth it, especially when considering it is a more mainstream drive, and that it would be a great upgrade from an HDD.

The OCZ Agility 4 is a good upgrade SSD for those considering making the jump from mechanical drives. The Agility has good performance – it may fall somewhat behind the pack at times, but you must also keep in mind that the Agility is a mainstream drive, whereas by comparison, SSD’s like the Kingston HyperX or OCZ’s own Vertex line are all high-end performance drives. The Agility 4 performs better with some workloads than others, but its overall performance is good.

The Agility 4’s biggest selling point is its low price, and potential to go lower. At $160 for 256GB of storage, the value to consumers just making the jump from a mechanical hard drive or a cache drive is enormous. The only negative point we found with the drive itself was that its performance was a tad difficult to predict since it differed so much depending on workload. We also wondered why OCZ did not include an adapter tray with this drive as they have done in the past.